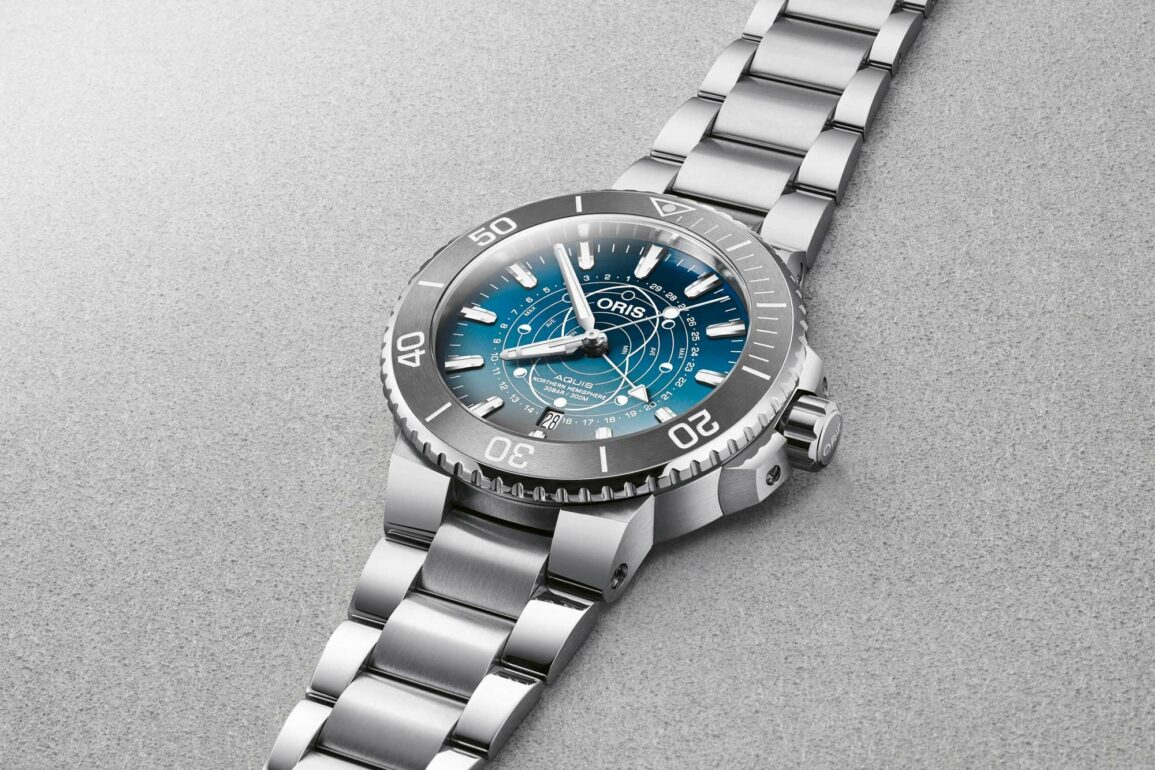 Ah, what would life be without another special limited production edition watch from Oris? The brand’s making a bit of a habit of this, but at least it has good intentions. The newest limited-production watch from the house of Oris is based on the brand’s existing Aquis diver. It’s a tribute to, and a way to protect, the Wadden Sea (known as Dat Watt in Frisian dialect), the world’s most extensive intertidal system of flats and wetlands. The Wadden Sea stretches across a part of the North Sea coastlines of the Netherlands, Germany and Denmark and is protected as a UNESCO World Heritage Site as it a very diverse natural system that’s extremely important for local wildlife and fauna, as well as migrating birds, of which an estimated 11 million use as a birdie truck-stop style layover. 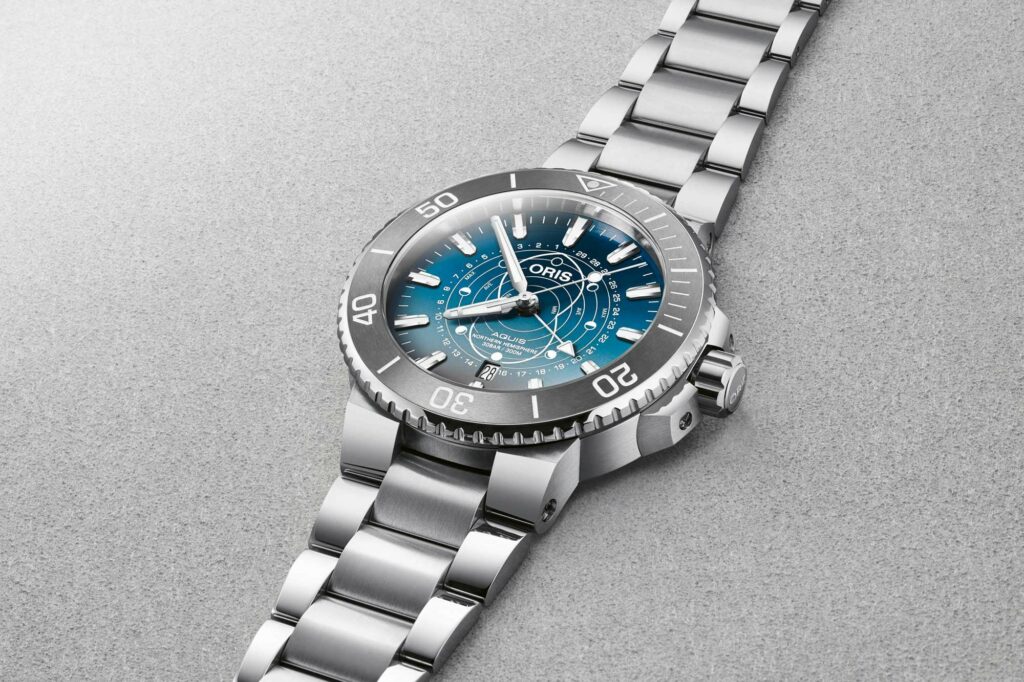 To that end, Oris’ special edition features a date window and a central hand indicating the lunar cycle. Because it maps out the lunar cycle, it also acts as a tidal calendar (the moon’s gravitational pull is responsible for our tides), fitting for a diving watch focused on a crucial tidal conservation area. The markings on the dial represent the phase of the moon and the date within the lunar cycle. The printed marking that appears to resemble a monkey nut tracks the tide’s size and is marked with ‘minimum’, ‘average’ and ‘maximum’. This is the difference between how far in the tide comes (in layman’s terms). 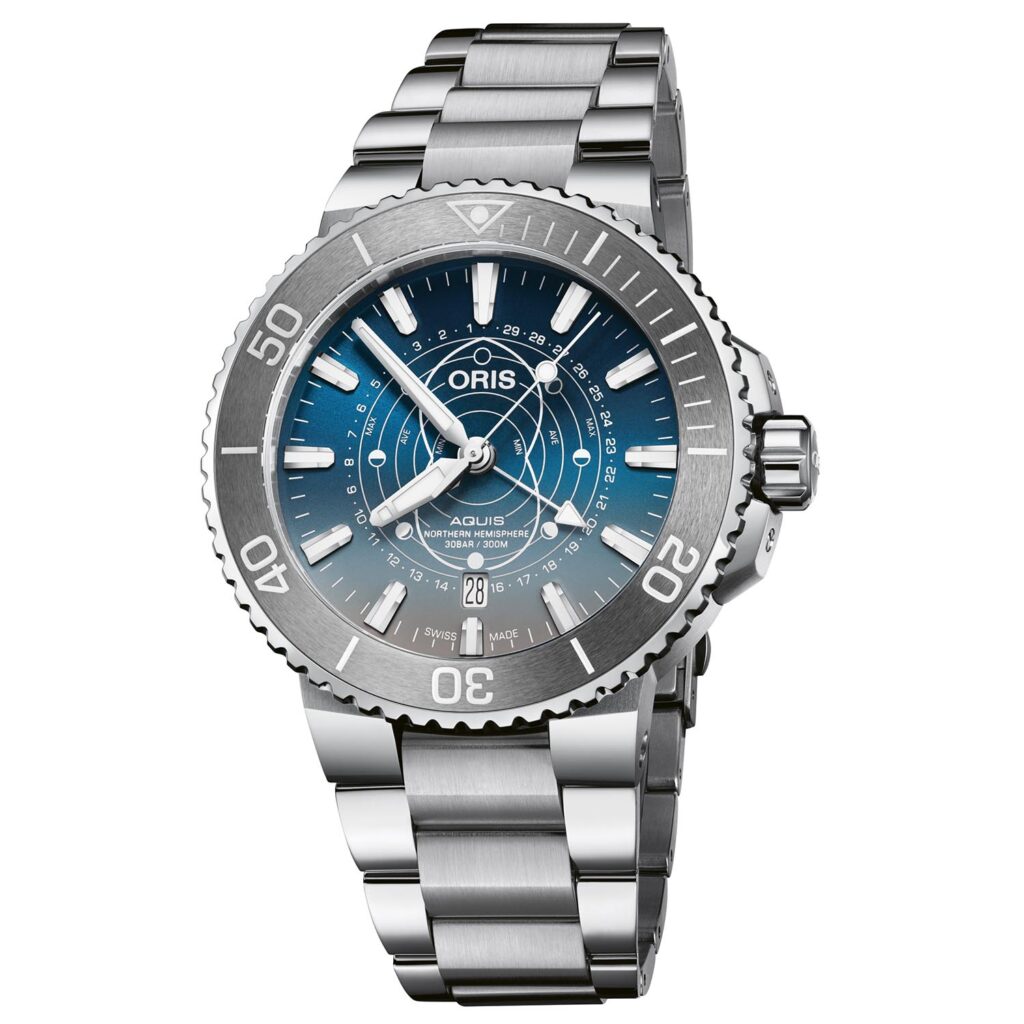 The watch itself has a stainless steel case measuring 43.5mm in diameter and water-resistant to 300m. Inside it is the calibre 761, a movement based on the Sellita SW200-1 and modified by Oris to track the lunar cycle. It has a 4Hz beat rate, 38-hour power reserve and Oris’ iconic red rotor. 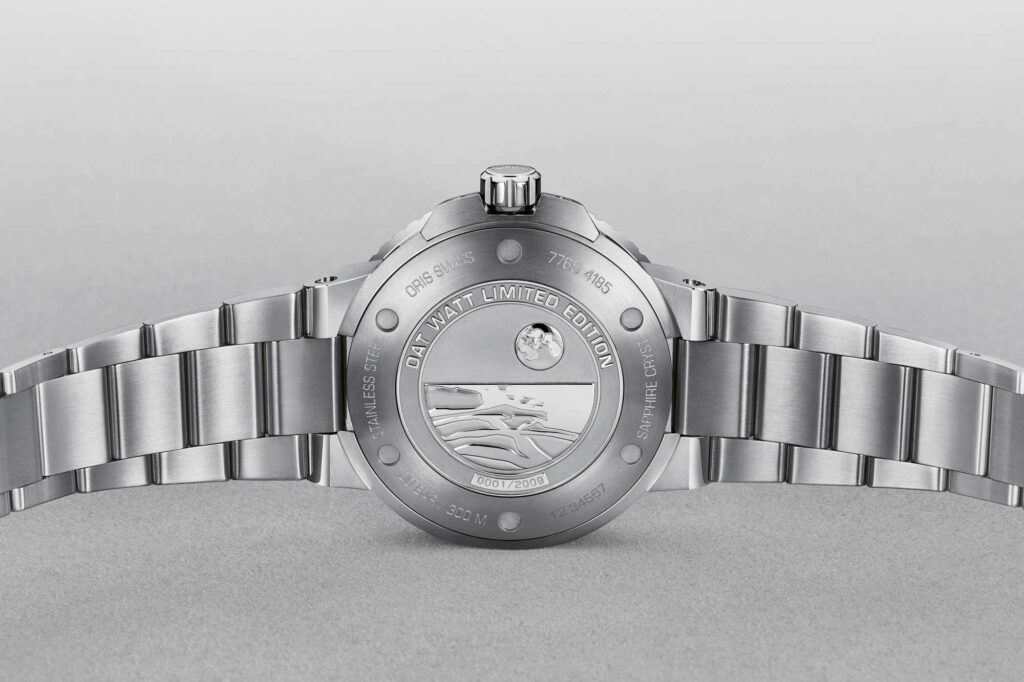 Oris will be making 2009 of these, representing the year the Dutch and German parts became listed as a UNESCO World Heritage Site (the Danish part came later in 2014). They’re priced at a very reasonable $2750, a part of which will be donated to conservation work around the area.