So when I was asked to review a piece from a British manufacturer I must say I wasn’t the most enthralled person ever. Though, perhaps my mood was affected by the loss of Robin Williams (Rest in Piece Mr Legend). But I’ve got to be fair in what I do, so let’s crack on. 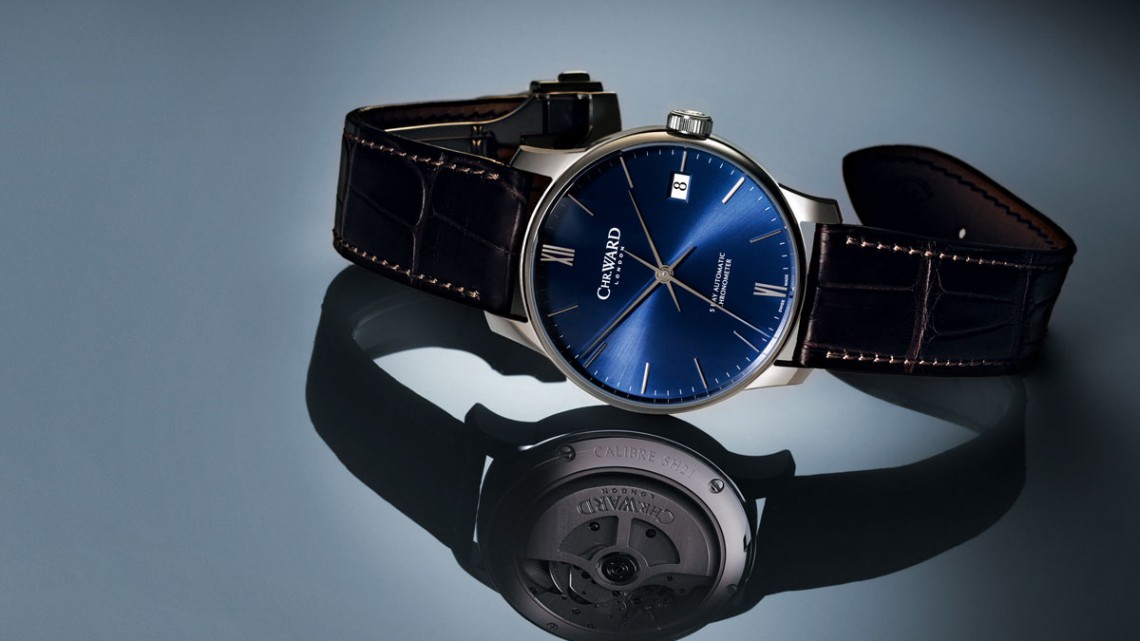 The C9 5 Day Auto features Christopher Ward’s first fully in-house movement (Calibre SH21), which as the name suggests, has enough of a reserve to run for five days without stopping. Which when you think that most Patek Philippe automatics would last somewhere between 36 and 48 hours, isn’t too shabby at all. And that leads on to the next topic to cover, appearance. This watch is offered in 11 different ways, that’s right, not 4 versions or 12, but 11 which all offer bracelets or a leather strap. 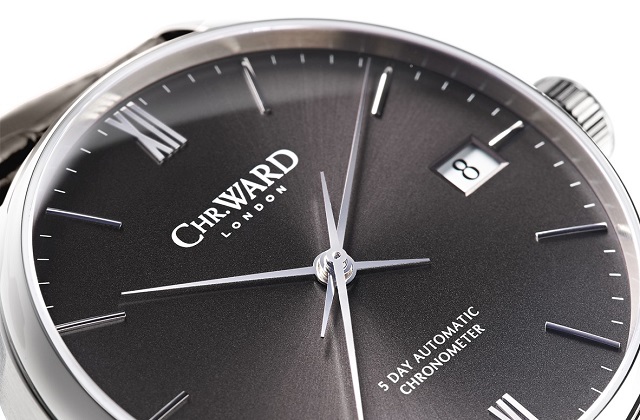 There’s also a choice of three different dial colours to choose from: blue, white and grey; all of which feature what Christopher Ward calls a Galvanic Sun Ray design. Which explains the reflectiveness of the dial and the way it glitters like engine-turned metal (note that this is definitely not engine-turned, although the hands and markers are made of nickel which is cool). It also features a case made of surgical grade steel which adds bragging rights when in the office but really makes little difference. And then there’s the crystal, no it’s not zirconium or something outrageous, instead it’s museum grade sapphire crystal. Presumably that means it can stand up to sticky fingers and show up fingerprints like a sore thumb. 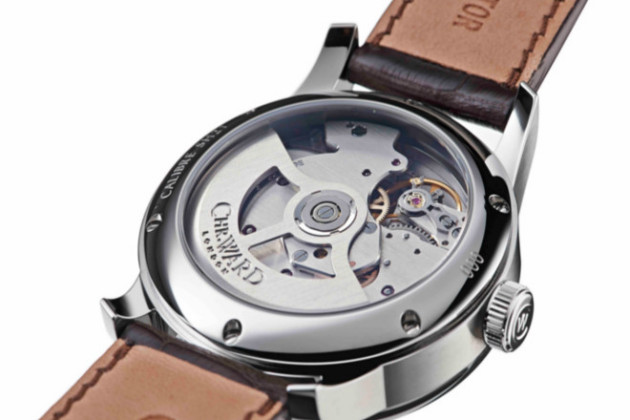 And when you turn the watch over in your hand you can see all the little parts doing their job, suspended above those is a solid tungsten automatic rotor, and while true it’s not really artful, it’s definitely unique and that goes well with this timepiece, subtle differences that make it stand out but you have to look closely to see it for it’s entirety.