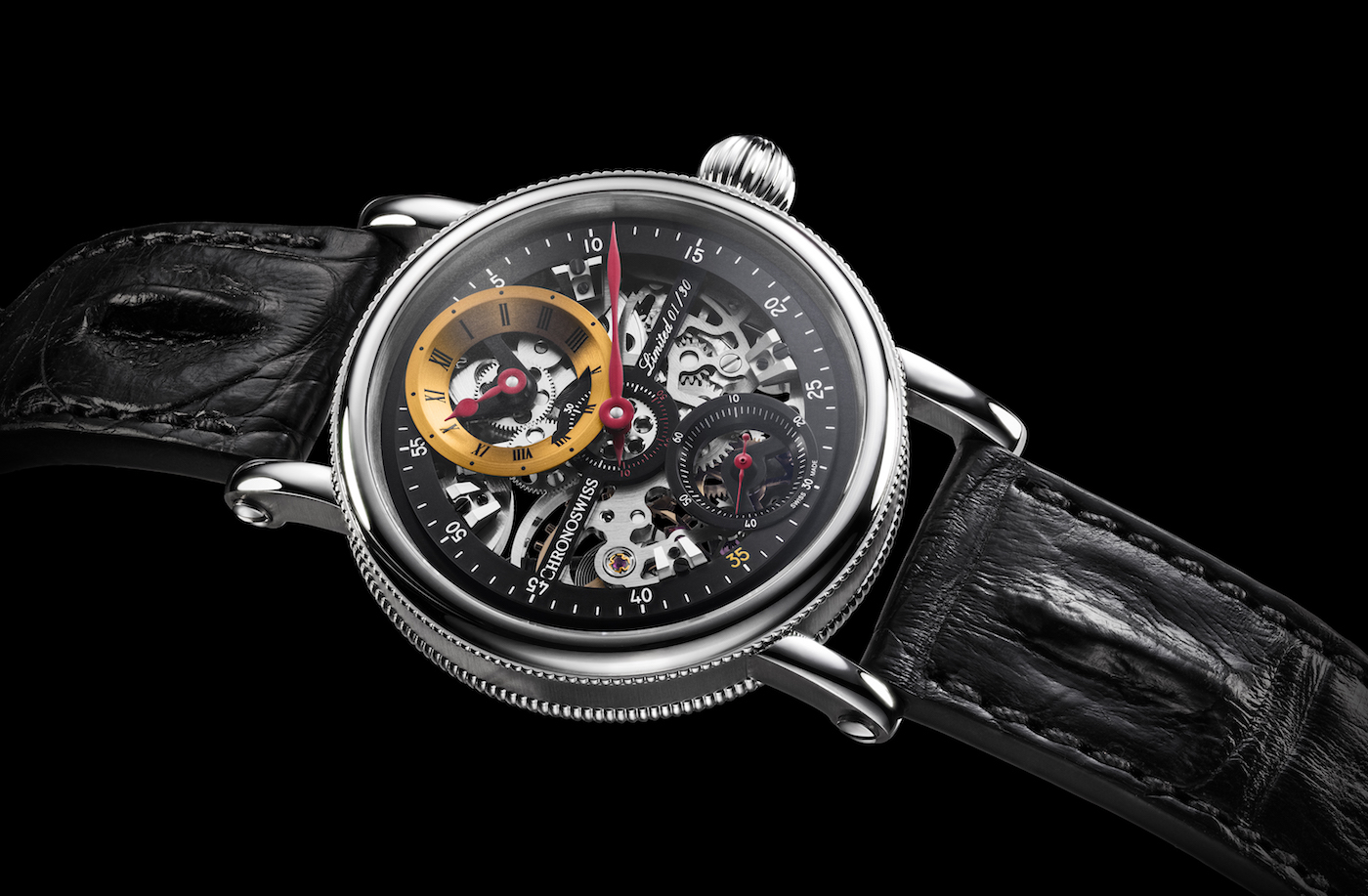 In a world replete with conventional watches with centrally mounted handsets, a regulator presents a unique perspective on timekeeping. Swiss brand Chronoswiss is one of the keys players in the Regulator style watch market and one look at their catalog is good enough to justify their hold on the genre. The brand’s latest release, the Grand Regulator Skeleton presents a bold and futuristic take on the regulator design through its highly skeletonized dial.

Featuring three separate registers for hours, minutes and seconds, the dial on the Chronoswiss Grand Regulator Skeleton has a typical regulator style arrangement. But what makes this one special is the thoughtfully executed and surprisingly legible multi-layered skeletonized dial. I am not a big fan of skeletonized dials as even though they are a treat to look at, a lot of times they end up detracting from the real purpose of the watch, which is to show the time clearly. But I am quite pleased with how it turned on this new watch. Almost the entire dial has been elaborately skeletonized giving a nice view of the complicated internals of the regulator mechanism with the exception of the chapter rings which have been kept intact in a move to keep the dial highly readable. Time can be ready easily and accurately using the red lacquered Poire Stuart shaped handset with the minutes occupying the outer periphery of the dial, the seconds located at 6 and the hours at 12. One of my favorite detail on this dial is the way Chronoswiss has painted the hour ring in a deep golden tone making it stand out from the rest of dial. 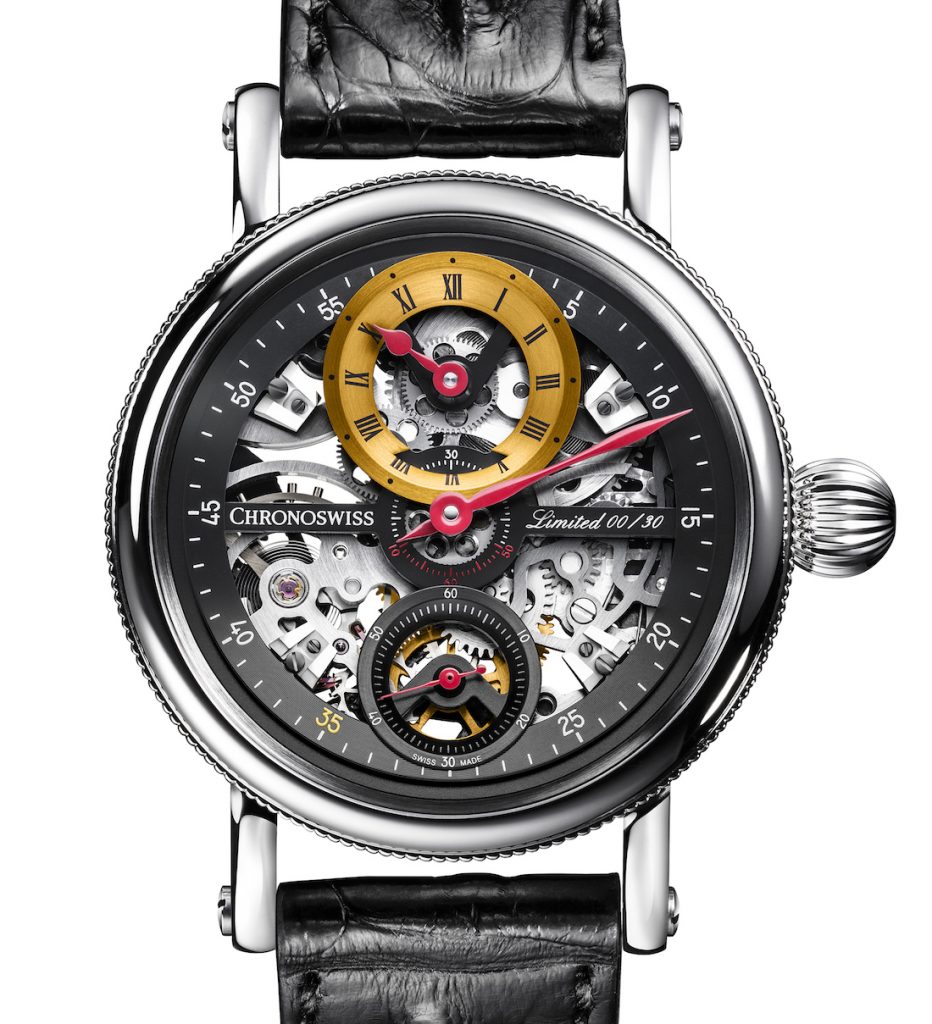 In order for the wearer to appreciate the finer details of this artistic dial, Chronoswiss has aptly used a large 44mm case. It is made out of stainless steel a features a familiar design as seen on other regulator watches from the brand. From the fine knurling on the top and bottom, the large onion shaped crown and those long curved lugs with big screws there is a lot to appreciate on this case. There is a sapphire crystal on both front and rear, and the case is water resistant to 30 meters which is certainly on the lower side, but then again I don’t think that people who buy this watch would really wish to go swimming with it.

Powering the Chronoswiss Grand Regulator Skeleton is the brand’s caliber C.677S, which is basically a modified ETA 6498. It is a hand wound movement which operates at a frequency of a relatively slow 2.5 Hz and offers a power reserve of around 46 hours. While the 6498 is a fairly simple looking movement by itself it has been thoroughly worked upon for this particular watch and as a result, looks quite different and impressive compared to the movement it’s based upon.

Overall, the Chronoswiss Grand Regulator Skeleton is a great effort from the brand that showcases the artistic and complicated side of a mechanism which otherwise looks simple and straightforward from the outside. The watch comes attached to a black Crocodile leather strap and would be limited to a production run of 30 pieces with a price of CHF 8,700.