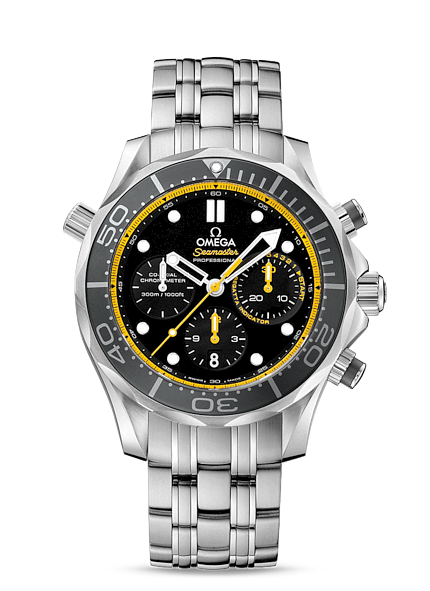 Let’s look at the other piece on offer today. It’s from another extremely popular and well trusted watch brand, Omega. Omega pieces are known globally for their smart designs, high level of build quality and of course their celebrity line-up. The watch of choice for today is a Seamaster 300 Co-Axial Chronograph piece, specifically the 44mm blue version. Unlike the Seiko, the Omega is offered in a larger choice of three different colours as opposed to just black. There’s the traditional black, Omega’s Seamaster blue which can be found on all Seamaster 300 models, as well as a more sporty and dare I say it racing inspired grey and yellow. 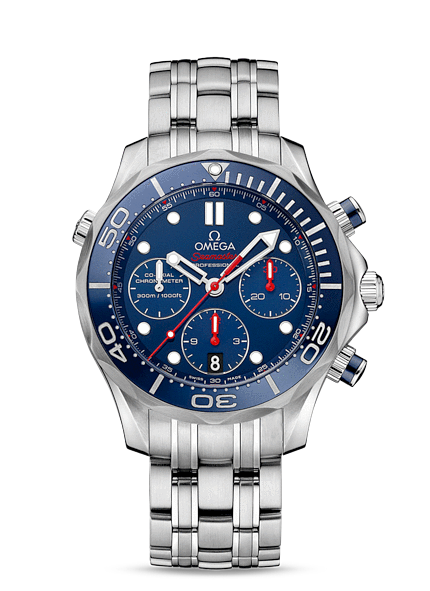 Omega’s well known co-axial escapement automatic calibre has returned in this watch and it’s brought some extras along with it. Most notably a chronograph and a date function too. There’s even a chronograph GMT version too but we’re not going to look at it today. The movement of this watch isn’t visible through the back with Omega instead going for a more traditional Seamaster ‘Seamonster’ back instead. That leaves us with the dial, bracelet and price. Let’s move onto the dial. 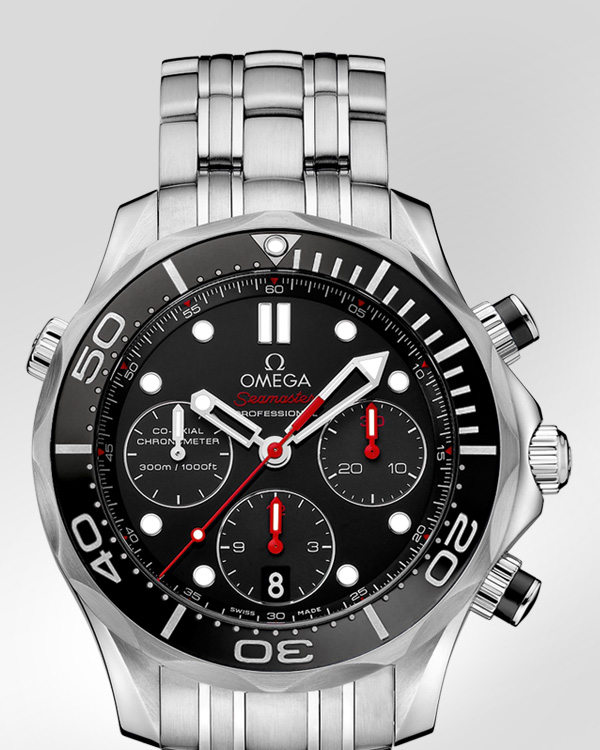 It’s a little bit of a disappointment to be honest. I really loved the wave dial that Omega used to have on their Seamasters (note it’s still evident on the 28mm quartz version), although you knew it was a watch designed around water it was a clear yet subtle reminder of this fact and caught the light brilliantly. However, despite the lack of waves the rest of the dial is clean and legible. I really like how it’s also colour coded. All the indicators for the chronograph are in red so you clearly know, that’s useful is your job is more active and only allows for passing glances. Also the date at 6 O’clock is a nice touch, however Omega needed something to really finish off the watch. Luckily, their skeletonised sword hands come in useful here, their bright lume and large, clear and defining shape makes them the icing on the cake. 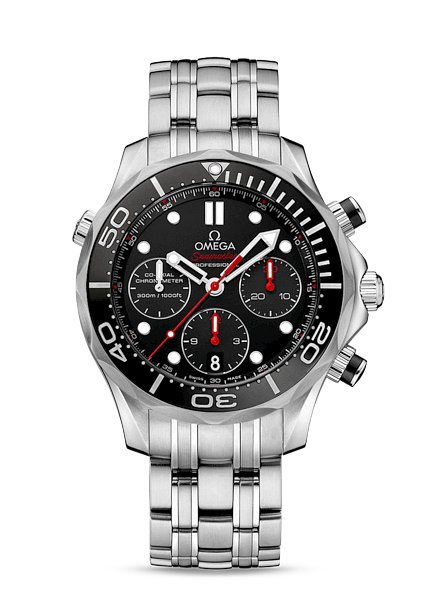 Omega has kept with the same bracelet as before, except it’s been beefed up a bit for the watch size. It’s a really good looking bracelet, which is the vibe I got from Omega, quoting the common phrase of “If it ain’t broke, don’t fix it”. All parts of this bracelet are beautifully polished or brushed and all the corners are rounded, making it an extremely comfortable bracelet to wear, as well as a really attractive one. Because this watch is a diving watch, the bracelet has a diving extension in it to deal with a wetsuit. Also, there’s Omega’s well known screw down helium escape that’s most useful for saturation divers. A couple of other giveaways are the unidirectional rotating diving bezel and the fact that this watch is waterproof to 300M down, which is three times that of the Seiko.