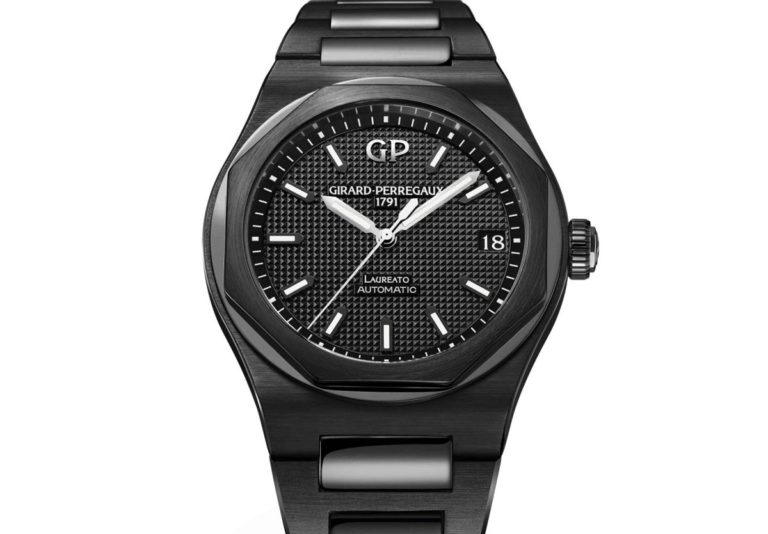 Before we get any further, let me answer the question of how to pronounce Girard-Perregaux. It’s Jir-rar Pear-a-go, but said in a French accent… I think… Don’t look at me like that! The only French I learnt at school was a few lines for South Pacific! Girard-Perregaux has been on the periphery of my knowledge throughout the years but lately its been edging closer to the center. Their latest release is a ceramic cased version of their Laureato, a watch that has since numerous design changes over its 42 year history.

Girard-Perregaux was first founded in 1856 by watchmaker Constant Girard and his wife Marie Perregaux. Constant’s son, also named Constant, took control of the business after his father’s death and merged the company with the manufacturer of Jean-Francous Bautte in 1906. The original Laureato was launched in 1975 as one of the first Swiss quartz watches ever released with Girard-Perregaux proudly displaying the words Quartz Chronometer on the dial. The Laureato would remain a quartz watch until 1995 when the brand would release an automatic version with their in-house Caliber 3100.

The original Laureato from 1975

In 2016, Girard-Perregaux created controversy when the Laureato was re-designed and it, hold onto your seats, kind of looked like the Audemars Piguet Royal Oak. Watch fans were furious and took to the comments section  and forums to voice their disapproval and to decry the new Laureato as a rip-off. There are similarities between the two watches, but calling it a rip-off is nonsense. The original Laureato from 1975 also had an octagonal bezel, albeit one a lot thinner, which might have been influenced by the success of the Genta designed Royal Oak. But that’s what good design does, it influences art around it. If you want to be angry then go be angry at Girard-Perregaux circa 1975 as the modern Laureato is simply an evolutionary of a design from 42 years ago, not a rip-off. 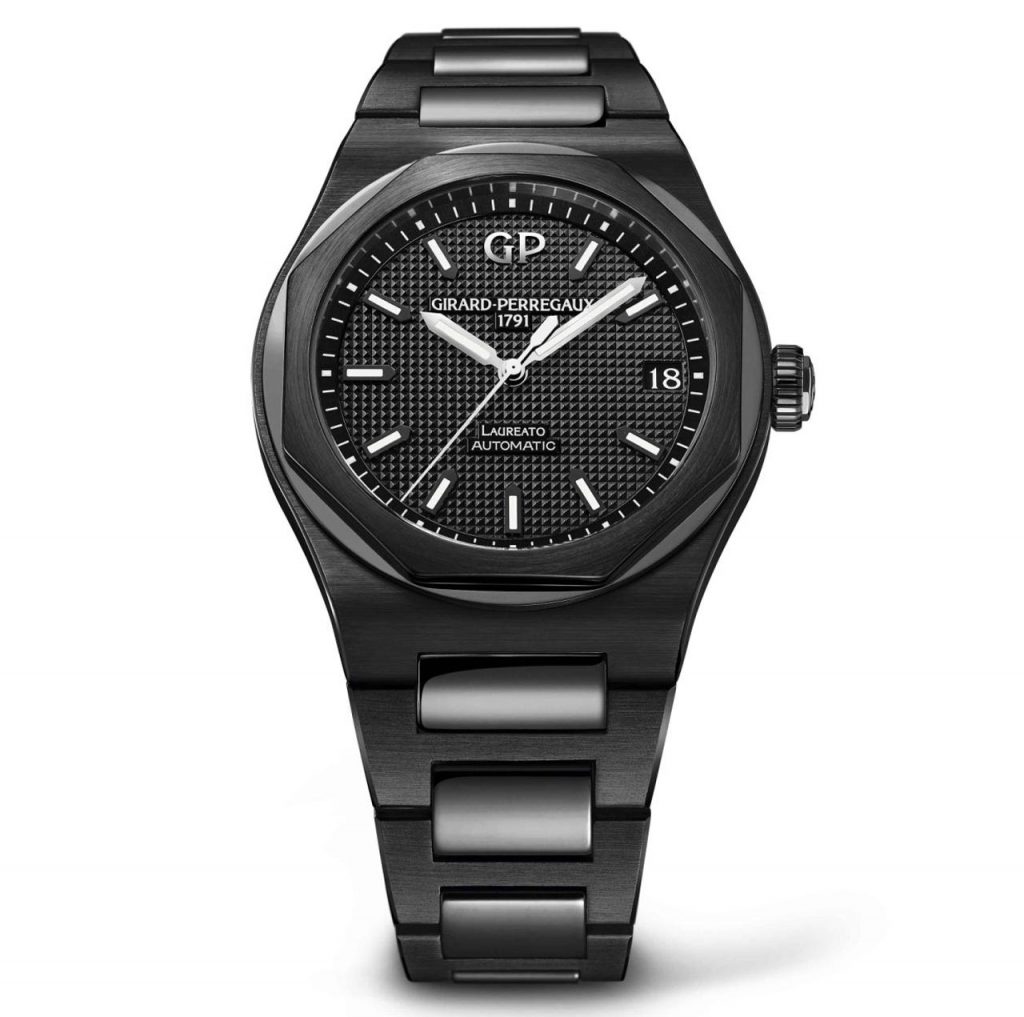 Like the original Laureato, the new ceramic version is designed to have an integrated bracelet, a design trend I’ve never fully gotten on board with. Whilst the watches looks beautiful on the wrist with a continuous design all the way around, you are always forced to use a branded strap, a problem that doesn’t exist in standard, non-integrated bracelets. 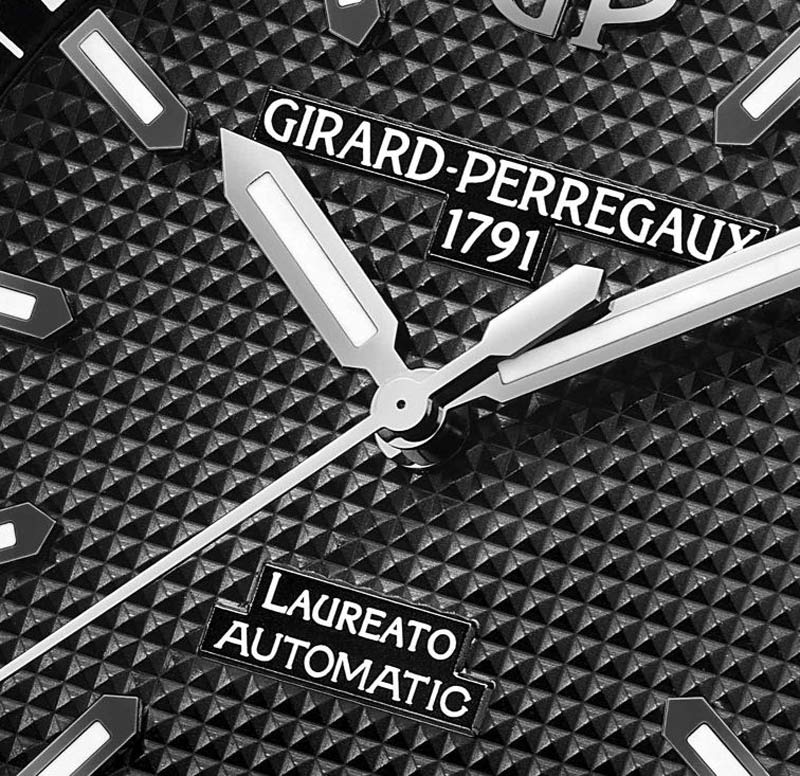 The dial is finished in a ‘Clou de Paris’ motif that is similar to the dial of the Royal Oak. However, just like Rolex and the fluted bezel, repeated use of a motif does not mean that you ‘own’ it or that anyone who uses it is a copycat. 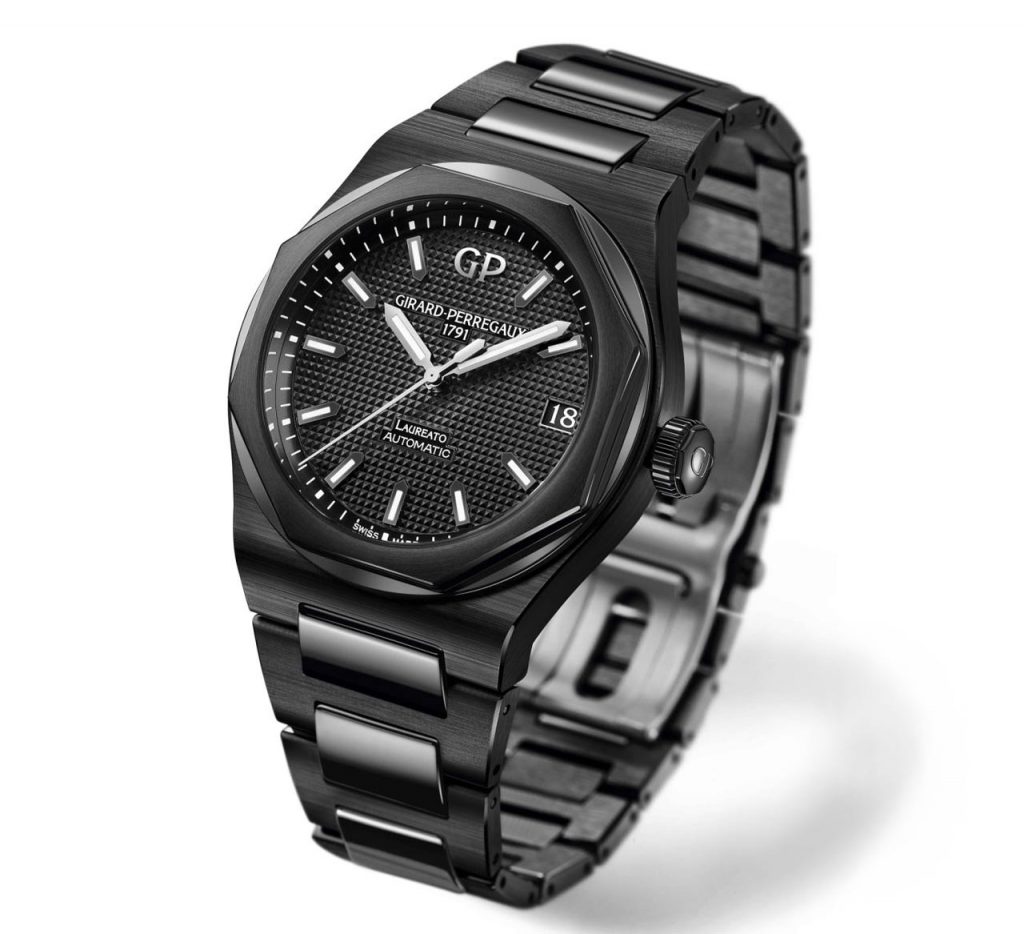 The 42mm ceramic Laureato has a case, bracelet and clasp made out of ceramic.

For 40 years ceramic has been part of watchmaking with brands getting more bold in their experimentation of the material. It started with just ceramic cases, but the material is now used for bracelets, clasps and even ball-bearings inside automatic movements. Ceramic is almost completely impervious to scratches but is susceptible to fractures if it struck suddenly or dropped onto a hard surface. Over the years, brands have strengthened ceramic with the material now being known as ‘high tech’ ceramic. Even luxury sports watches like the Laureato can worn without fear of the case splintering into thousands of pieces when you knock your wrist against the door of your Mercedes.

Inside the Laureato is the caliber GP01800-00025, which struggles to roll off the tongue but it is entirely designed and manufactured in-house by Girard-Perregaux. The caliber has a power reserve of 54 hours, a welcome change to the far too short 38 hour reserve seen on many watches, and beats at a standard 28,800bph. In keeping with the all black aesthetic of the case and bracelet, Girard-Perregaux decided to use a smoked grey sapphire crystal on the back of the watch, which of course will make looking at the meticulously finished caliber quite difficult. I’ve never understood the reasoning for smoked or darkened crystal backs, as the entire point of a display back to is show off the movement and using a smoked crystal seems self-defeating.

Girard-Perregaux have said that a 38mm ceramic Laureato will be announced at SIHH 2018, along with a new 42mm version. I’ll be interested to see whether they can carve out a niche for this latest version of the Laureato, especially when its design seems to stir the blood of many watch fans. For more info, please visit girard-perregaux.com