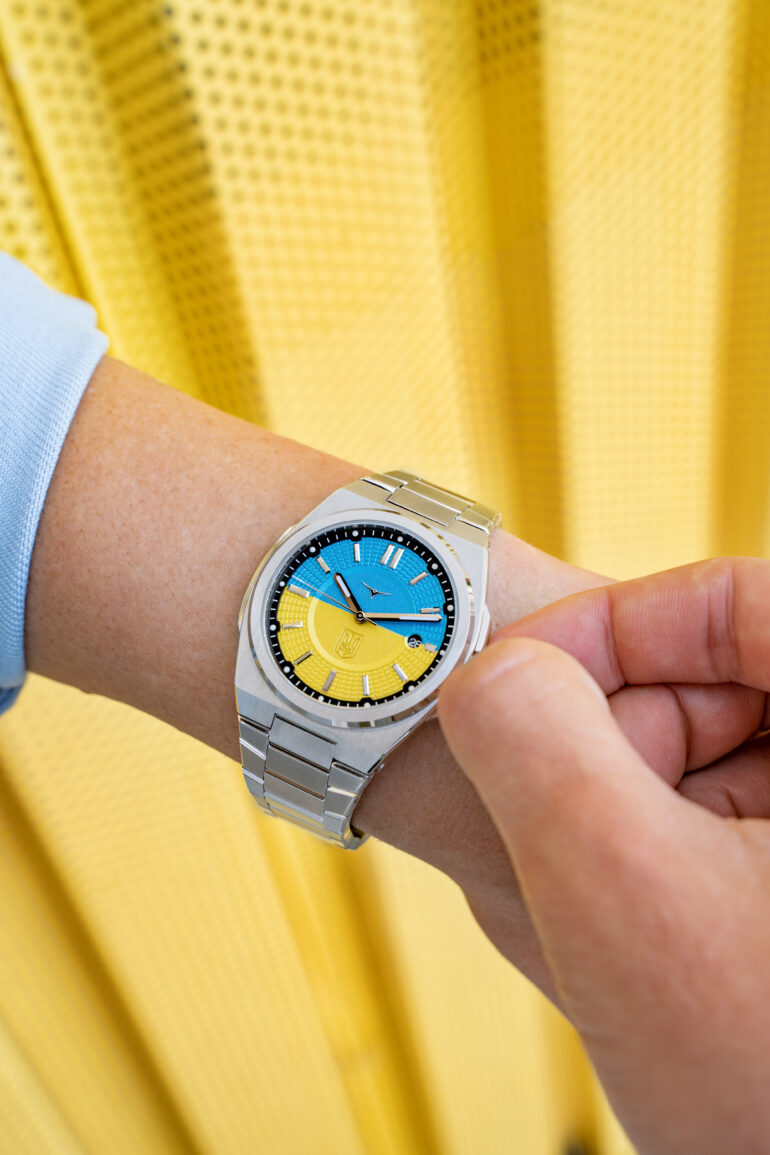 Zinvo Watches designs a limited edition timepiece celebrating Ukraine, with proceeds of sales donated to the humanitarian cause.

In this year full of significance for global history, the fashion watch brand ZINVO has produced a timepiece for charity, designed and launched to support the Ukrainian people who have been heavily challenged by the problems the war has brought upon them. The brand behind the famous Blade design with 1-second-spin turbine dial, ZINVO is offering its customers pieces dedicated to those who want to stand behind a good cause, with all profits being donated to this monumental cause. 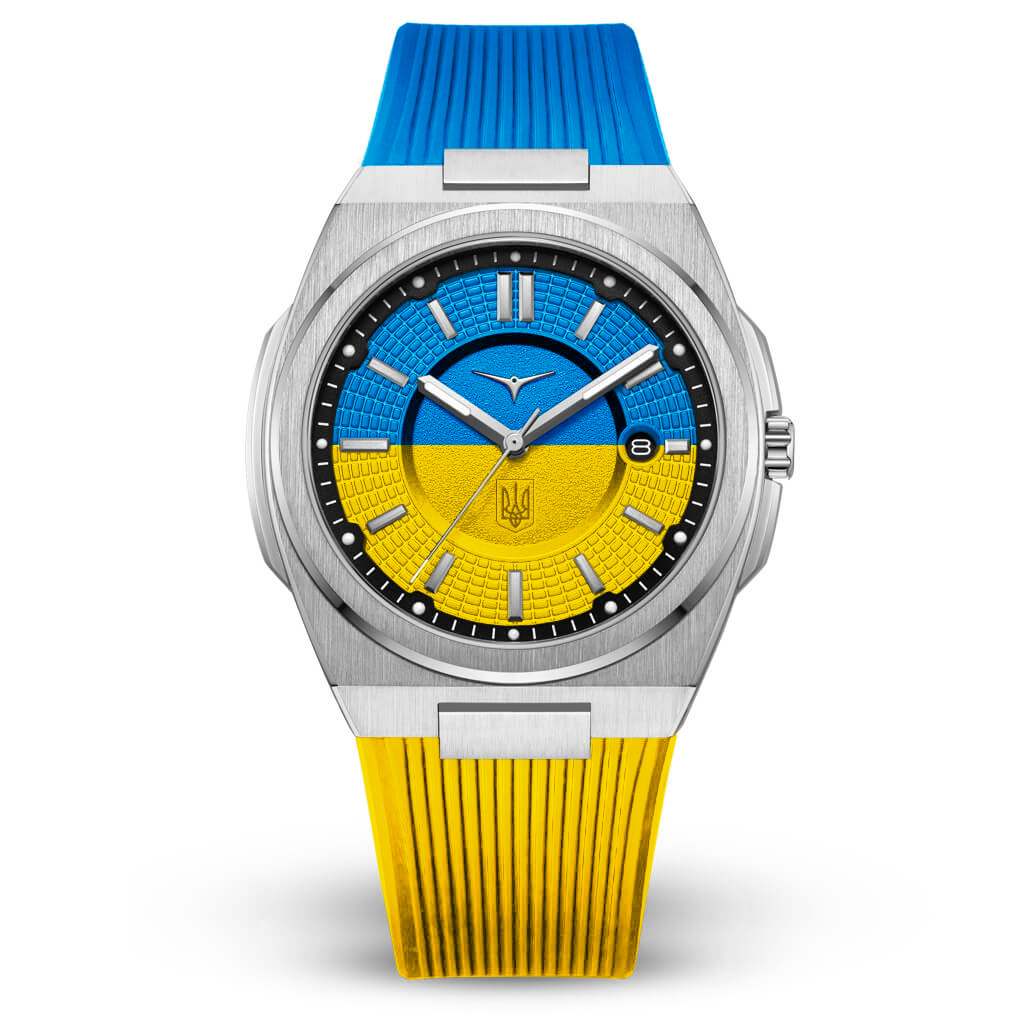 Being an international brand, ZINVO has sold over 400,000 units across 163 countries and 196 retail partners. A brand of this size could easily overlook a local crisis, but that wouldn’t be in line with the brand ethos of having a commitment and the community of supporters. ZINVO’s philanthropic efforts to support the Ukrainian people go beyond the current global climate. In fact, the brand’s founder Borys Khudomaka is Ukrainian and has been living in the United States for the past 10 years while he has built what many would consider the American Dream. Realizing the opportunity at present to leverage the ZINVO brand in assisting his native people was something he felt compelled to act on. The RIVAL UA watch was thus introduced, with a two-colored dial, yellow and blue, to match the colors found on the equal-sized horizontal stripes of the Ukrainian flag. A bold watch indeed, this special timepiece is a limited release of 100 pieces specifically designed to make a statement of freedom, offering profits from every unit sold back to the locals in Ukraine.

Another element on the dial alongside the ZINVO brand emblem is the Ukrainian coat of arms, which is represented by a shield with a gold trident. As a sign of admiration on the back of the case is engraved the phrase “Слава Україні!’ meaning ‘Glory to Ukraine!’, which is precisely what this watch represents. The engraved slogan is a Ukrainian national salute, known as a symbol of Ukrainian sovereignty and resistance and as the official salute of the Armed Forces of Ukraine since 2018. It is often accompanied by the response “Glory to the heroes!” The phrase gained worldwide attention during the ongoing 2022 invasion of Ukraine and has subsequently been used in protests in support of Ukraine around the world. It has been used in speeches by Ukrainian politicians like President Volodymyr Zelenskyy as well as numerous foreign leaders. Another symbolization of the purpose this watch represents is through the strap, which is made out of rubber in the colors of the Ukrainian flag. 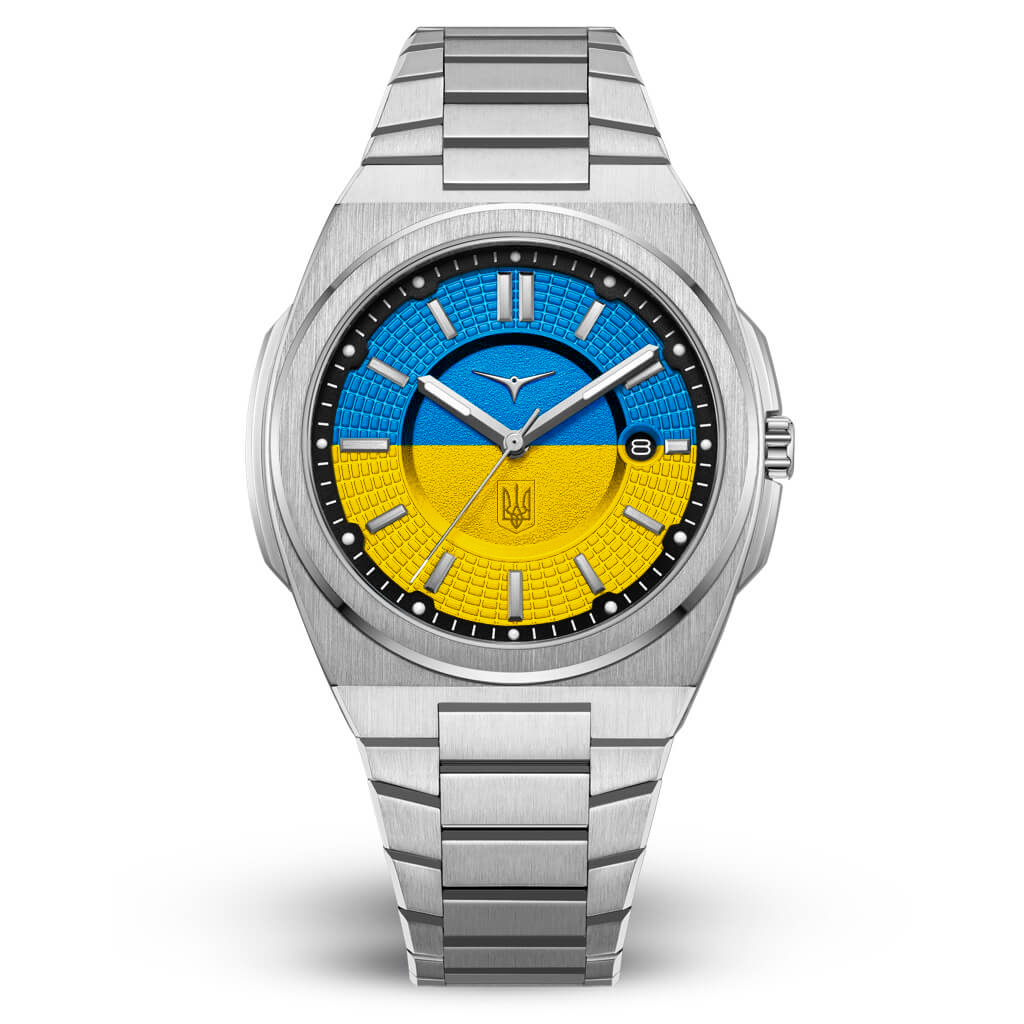 In terms of specifications, the watch has a scratch-resistant sapphire crystal glass with the case being made out of stainless steel, measuring 42mm x 6mm. In the chance you’re not used to the rubber strap, the watch also comes equipped with a stainless steel bracelet and is powered by a quartz movement. Produced in only 100 pieces as a support to the Ukrainian people, ZINVO has chosen to donate all funds from these sales to Razom for Ukraine that supports people going through the horror of war.