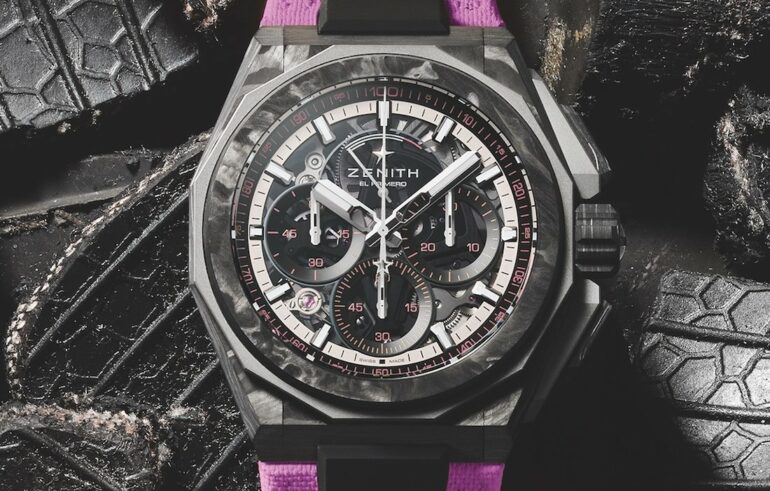 This year has been an exciting one for the world of horology, the past few years have been relatively uninteresting in their releases, but 2022 has been on form. While I would be foolish to say that the Covid-19 Pandemic was a good thing, it did at least seem to get the creative juices of the world’s finest watchmakers flowing once more. Undoubtedly, being stuck at home spurned their minds to conjure up new ideas and ways to escape playing Monopoly for the umpteenth time.

Over the course of the year, we’ve been publishing articles following Zenith’s involvement with the Extreme-E racing series. Extreme E is the world’s first FIA-approved off-road rally championship purely for electric vehicles., hence the name. The championship finished recently, with the last set of races occurring from the 26th to the 27th of November in Punta del Este, Uraguay. Dubbed the Energy X-Prix, the race had a renewable theme to it, focusing on highlighting renewable energy sources and marine conservation. Uraguay currently generates nearly all of its electrical power from renewable sources.

The watch follows the Energy X-Prix’s colour theme of choice which is a vibrant purple. Purple isn’t seen in watches that often, being overshadowed by the ever-popular blue, but it brings with it a royal flourish that stands out on the 45mm carbon fibre case. Zenith says the case is designed to be crushproof, although exactly how they did this isn’t described. We do know, though, that it’s big and chunky, just looking at it makes my wrist feel small.

The dial is the standard for this type of watch with three subdials and a power reserve for the chronograph which, as you should know by now, is no ordinary chronograph. It runs at 50Hz, which is ten times that of the escapement telling the time. That super high speed doesn’t last a particularly long time, but it does allow the chronograph to be super accurate, measuring down to 1/100th of a second. You may never need to time something that accurately, but it’s nice to know Zenith made a watch that can do it for you. You can also see the action happening through the skeletonised dial and through the sapphire crystal caseback.

The rubber strap of the watch is made from recycled Continental tyres which were used in the races, and parts of the special presentation box also have this rubber on too.

The watch is limited to just 20 examples which are undoubtedly sold out, we expect the price to be about CHF27,000, available through Zenith’s online boutiques and physical ones. If you’re wondering, X44 Vida Carbon Racing (Lewis Hamilton’s team) with Cristina Gutiérrez and Sébastien Loeb won the championship overall, congratulations to them!