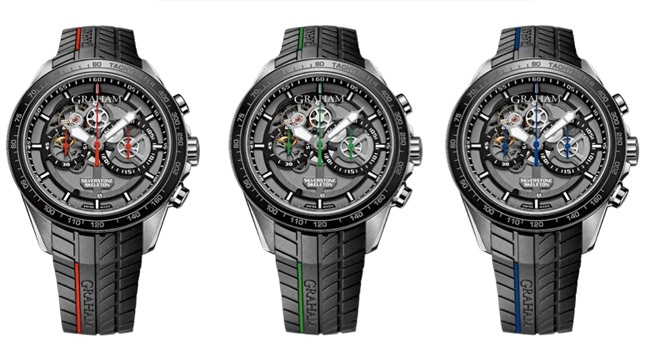 When I first started getting interested in the world of horology, GRAHAM’s product offering was spearheaded by the Chronofighter, a giant timepiece with a wrestler’s personality, aggressive looking and ever-so-ready for a punch-up! Coupled with that unique trigger-like start-stop lever for the chronograph, the watch does require a rare breed of watch connoisseur to appreciate it fully. Unfortunately, I was not in that group. To me, it looked brash and an attention grabber for the wrong reasons, a show-off.

I can honestly say that for all these years, every time I visit a watch boutique, I never had one wrapped around my wrist, let alone want to touch one.

This new offering from GRAHAM, the Silverstone RS Skeleton has effectively washed away any of previous inhibitions I have against the brand. 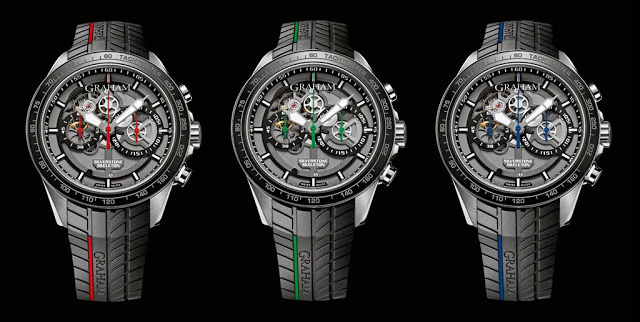 The GRAHAM is a brand associated with the famous English watch maker George Graham, referred to as the father of the chronograph, the dead-beat and the cylinder escapements, and

innovations such as the mercury pendulum, just to name a few. In 1995 the brand was taken over by Eng. Eric Loth, a watch and motoring enthusiast.

The owner has now incorporate his second love with his first and with that goal, GRAHAM came out with the Silverstone RS Skeleton, a chronograph watch with a skeletonized dial, available in three different colors; red, green and blue.

The design is contemporary. A round casing with the crown placed at the 3 o’clock position and the pushers located at the 2 o’clock and 4 o’clock positions. The case is 46 mm in diameter. The skeletonized dial has a bicompax arrangement, with two chronograph-counter sub-dials at 3 o’clock and 9 o’clock. The skeleton dial offers a view into the watch’s movement, GRAHAM’s automatic Caliber G1790. 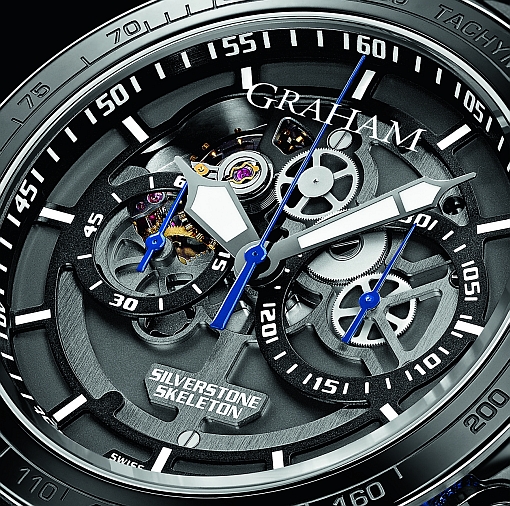 The Graham Silverstone RS Skeleton combines polished stainless steel for the watch case, ceramic for the bezel, aluminum for the colored ring under the bezel and rubber for the strap. To reinforce its racing association, the strap has a distinctive tire-tread pattern. 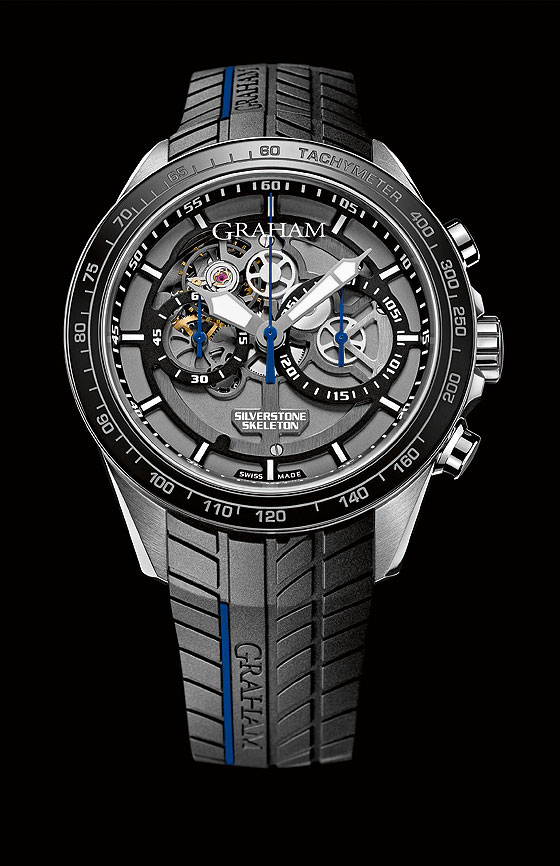 I like the way the dial has been arranged. The Tachymeter is clearly visible and the main 5 minute markers as well as the secondary minute markers on the slopping wall are observable. The choice of a broad hour and minute hands makes it easier for time referencing. Despite it being called a ‘skeleton’ watch, to me it looks more like a half skeleton.

I guess the designers in GRAHAM realized the folly of making a chronograph watch fully skeleton. There will be too many visual cues on the watch that tracking time using the chronograph can get very confusing and distracting i.e. the dial will look too ‘busy’.  Limiting the view of the movement to the top half of the dial is a very smart move.

The dial is protected by sapphire crystal that has been treated with non-reflective treatment on both sides.

If I was given a say in the production run, I will not have agreed to have this series under a limited production run. As announced, Each version is limited to 250 pieces, and sells for $14,580.

This is a design that can propel GRAHAM into the mainstream. The vast majority of watch enthusiast can appreciate this styling and would be willing to be GRAHAM’s first time customers. I could be one of them.