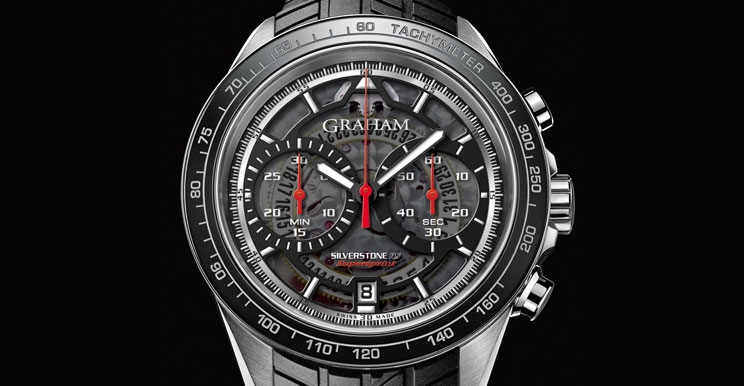 Late last year I wrote a piece on the GRAHAM Silverstone RS Skeleton model, a model that I predicted could get a lot of first time buyers to GRAHAM. This time, GRAHAM added three (3) more models into the series with unique individual traits in each one.

Generally, the designs are contemporary. A round casing with the crown placed at the 3 o’clock position and the pushers located at the 2 o’clock and 4 o’clock positions. The case is 46 mm in diameter. The skeletonized dial has a bicompax arrangement, with two chronograph-counter sub-dials at 3 o’clock and 9 o’clock. The watch’s movement is the GRAHAM’s automatic Caliber G17XX family that works with a frequency of 28,800 vph. Power reserve is more than 40 hours. 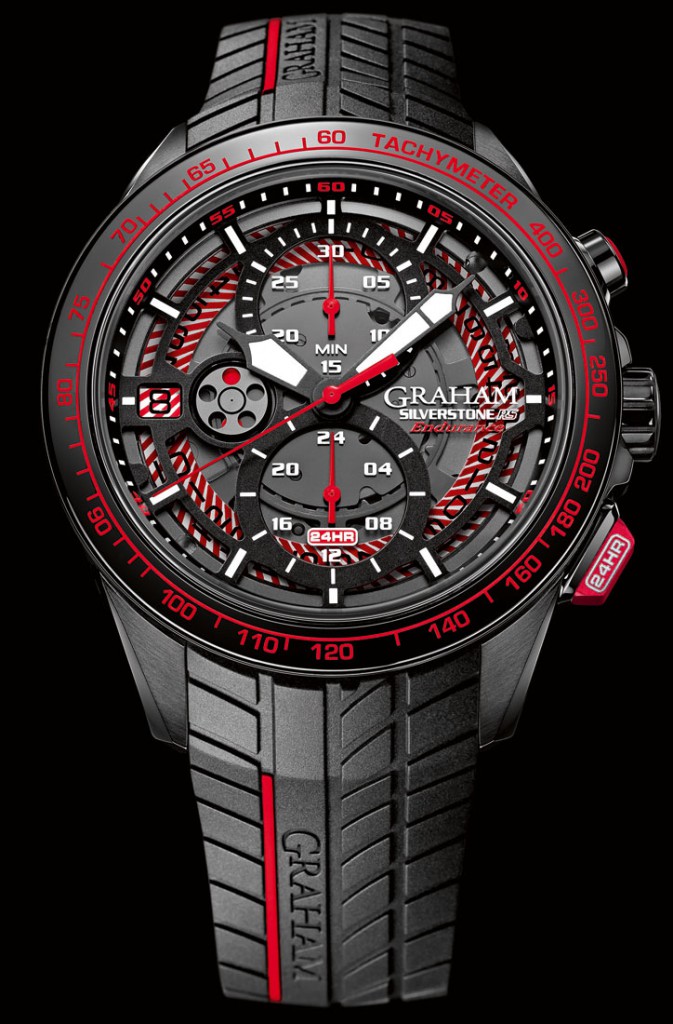 This model uses the calibre G1751 automatic chronograph, mono-pusher movement with chronograph function for minutes and seconds and additional chronograph for 24 hours counter. The casing is protected with black DLC and production run has been limited to just 250 pieces. 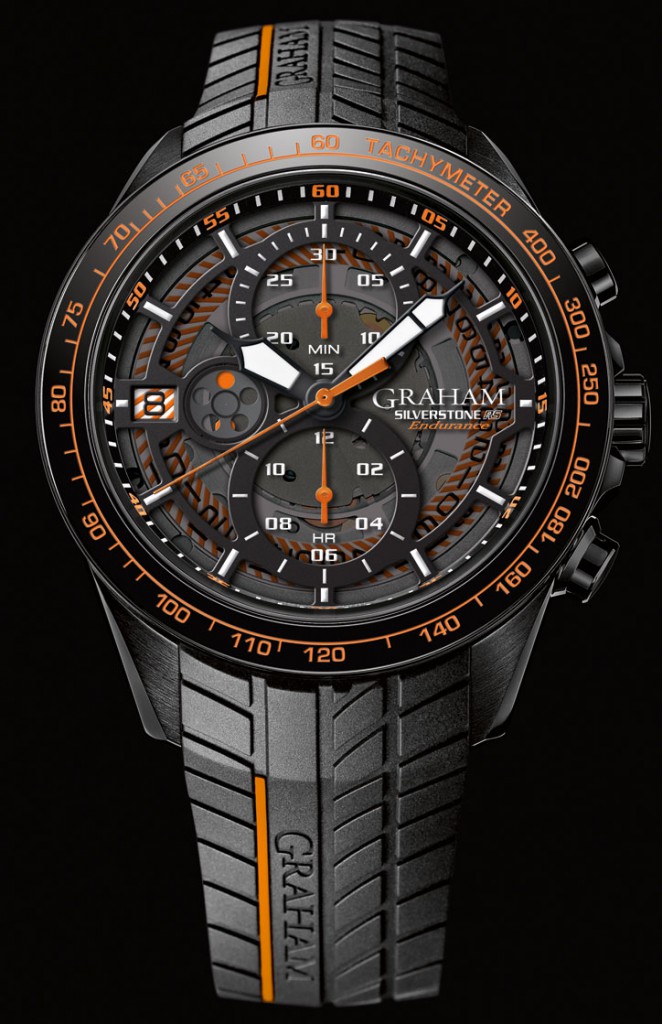 The second new model for this collection is the Silverstone RS Endurance 12HR. Unlike the previous example, this model only comes with one chronograph function and the traditional pushers at 2- and 4 o’clock positions. Powered by the calibre G1735 automatic chronograph movement, the casing on this watch is PVD coated. 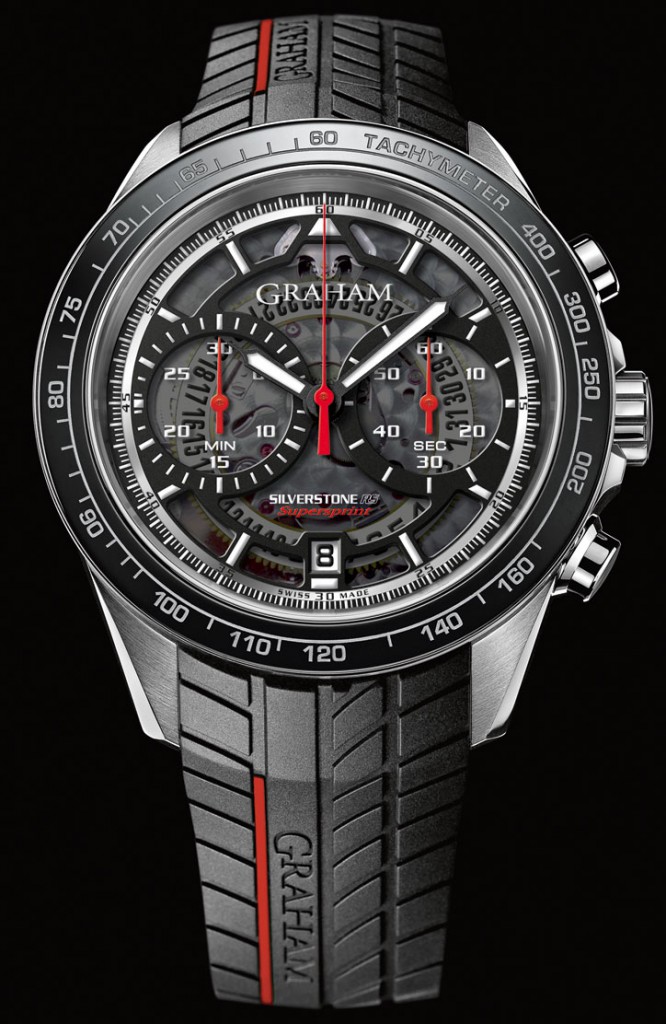 The third and latest model to be introduced into the collection is the Silverstone RS Supersprint. Unlike the previous two as well as the Skeleton model, this particular design is slightly smaller. The casing is just 42 mm and with the 44 mm bezel, it does not look too out of place compared to its other brothers. Instead of a top and bottom sub-dials, this model placed the sub-dials on a left and right alignment. The date window has also been relocated to the 6 o’clock position. Another unique design feature of this watch is the use of fine mirrors on the dial to assist reading the measurement.

This watch is powered by the calibre G1702 automatic chronograph.

The GRAHAM is a brand associated with the famous English watch maker George Graham, referred to as the father of the chronograph, the dead-beat and the cylinder escapements, and innovations such as the mercury pendulum, just to name a few. In 1995 the brand was taken over by Eng. Eric Loth, a watch and motoring enthusiast.

This is a design that can propel GRAHAM into the mainstream. The vast majority of watch enthusiast can appreciate this styling and would be willing to be GRAHAM’s first time customers. I could be one of them. For more info, please visit graham1695.com

His blogs on the same subject are: Eastern Watch & Western Watch