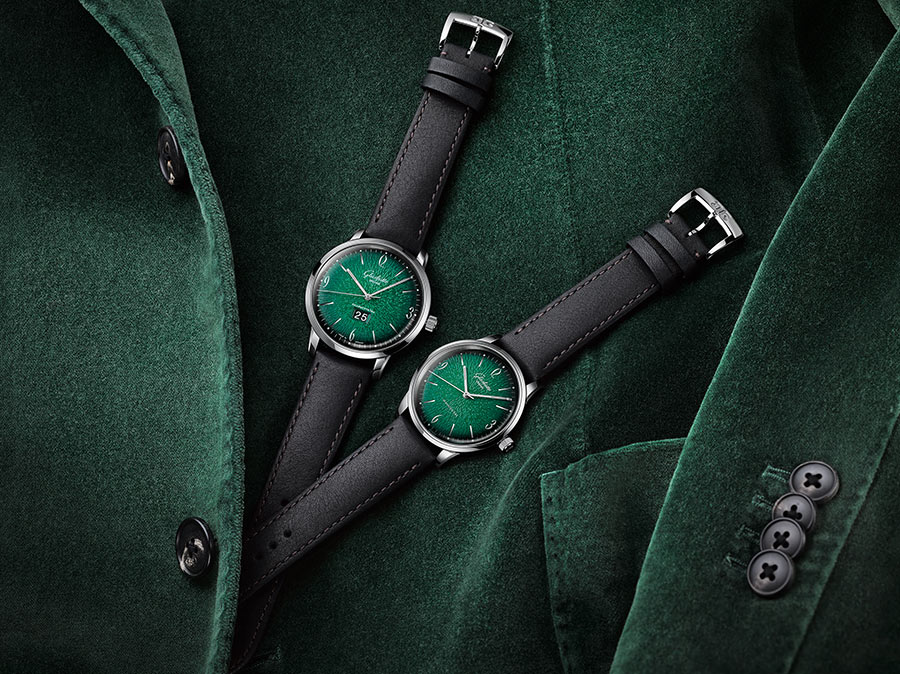 Introducing The 2018 Annual Edition of The Glashütte Original Sixties Watches

In the 1960s life was a lot different. There was a certain romance to everything. The music was loud, especially at iconic events like Woodstock. British rock music invaded America spearheaded by The Beatles and The Rolling Stones (who are still amazing, I’ve seen them live in concert). Engineering was something else as well, very technically advanced despite lacking any 3D design software, and most of the time even without any computers at all. Some of the most magnificent designs of this era include the fantastically complicated Mercedes Benz 600, and of course the Saturn V rocket which took humanity to the moon. German design was a lot different, too, art deco started blending with abstract colours as we see on these new timepieces. In 1964, in the small Saxon town of Glashütte the first Spezimatic models were created using dials from a specialist dial company based in Pforzheim. Some 50 years later, Glashütte Original decided to reinforce this connection by buying its former supplier and integrating it into its manufacturing process. 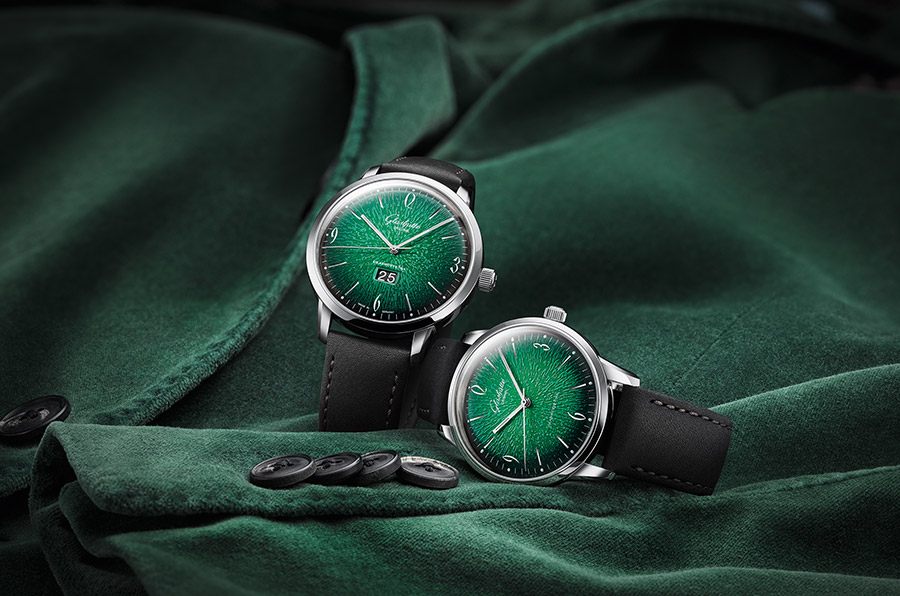 There are two watches in the new colour style, the Sixties and the Sixties Panorama Date and have what’s called a dégradé effect on them. A 60-tonne press prints a guilloché type pattern onto the dial. A base coat is then applied as are several layers of green coloured lacquer. In the final step, artisans use a spray gun to apply black lacquer to the dial carefully. Because the angle of the gun is slightly different for each one, the way the light plays with the colours varies; therefore each dial is unique. Finally, the dial is then fired in a kiln to harden the lacquer and create a beautiful seamless effect. You don’t need to be a fan of the brand to be able to enjoy this effect. The main difference between the two dials on the watches is that one of them has the typical Panorama Date window of that we’ve come to expect of Glashütte Original, with the date provided by two separate disks which are on the same level.

Inside the watches are two calibres which are slightly different in their complications, but more or less the same in the other departments. They are both manufacture movements, designed and produced by Glashütte Original in their manufacture. For the Calibre 39-52 found in the Sixties (that’s the one without the date), the diameter is 26mm, and the height is 4.3mm. The power reserve is 40 hours +/- 5% for the natural variance of the springs. The balance spring is made of Anachron, a superior grade alloy composed of nickel, chromium and cobalt which is very stable during temperature changes. It’s also got that Glashütte Original style rotor on the top, with a contrasting gold edge and double G logo inside. There’s also a swan’s neck regulator which is quite common for timepieces made in Glashütte. 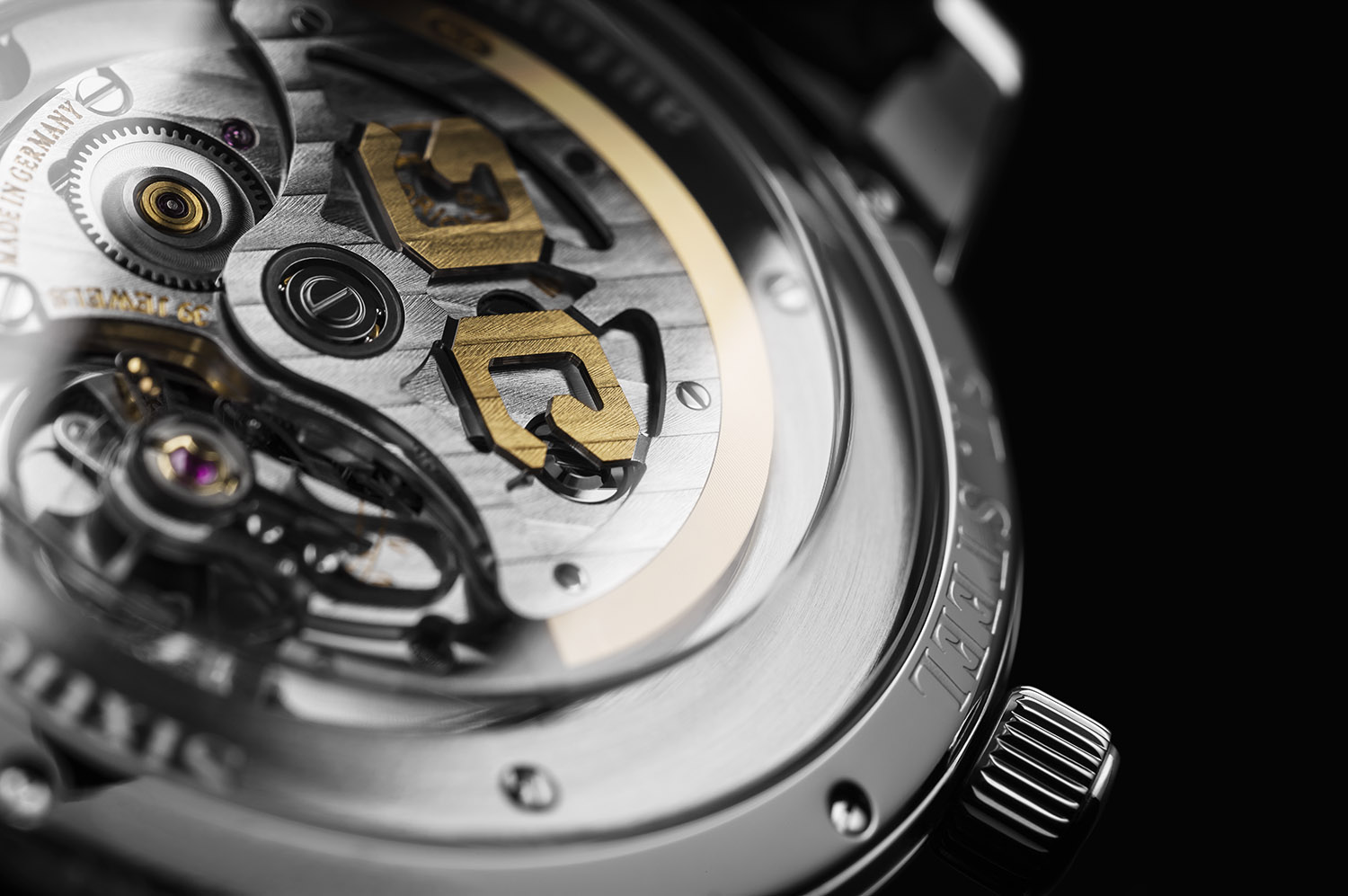 The Calibre 39-47 found inside the Sixties Panorama Date is larger in diameter at 30.95mm and thicker too at 5.9mm, to accommodate for the extra function. Though, the power reserve is the same 40 hours with a 5% margin either side. It’s decorated very well and held inside a stainless steel case that’s 42mm in diameter and 12.4mm thick (the Sixties no-date is slightly smaller and slimmer at 39mm in diameter and 9.4mm thick). Both watches use anti-reflective treated sapphire crystals that mask reflections and allow the dial and movement to shine through. These crystals are domed, which in itself is rare, but in order to ensure there isn’t any distortion when viewing from an angle the crystal has to be the same thickness on every part of the dome which is a very tricky achievement. There’s also a minimalist (and I do mean minimalist) amount of Super LumiNova on the hands and small dots on the hour markers as well. Both watches also come on a supple calfskin leather strap. 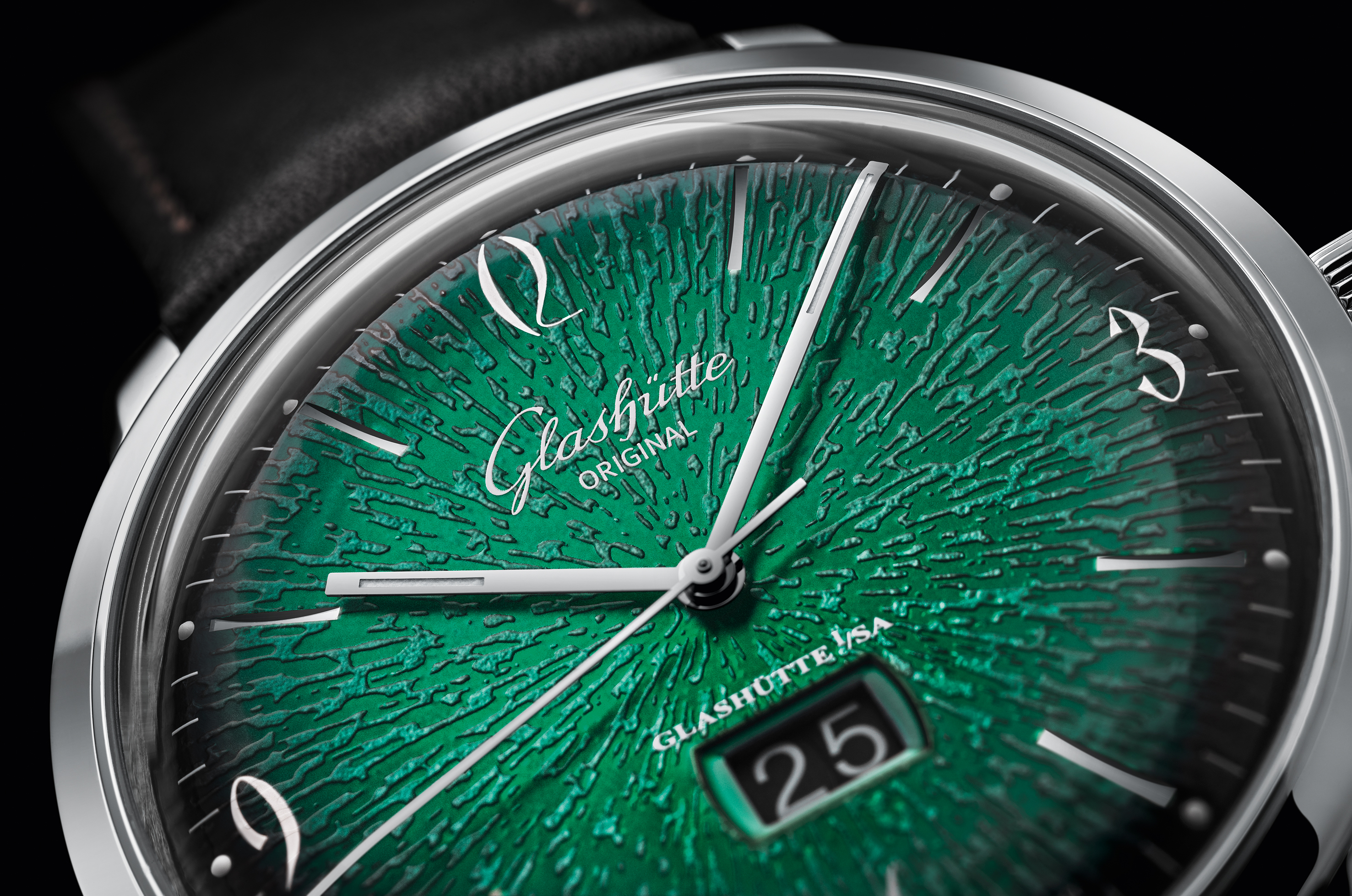 Perhaps my favourite part of these watches is how the domed dial can be retro and contemporary at the same time. The colour, pattern and markers are very reminiscent of past designs, but the movement, case and wrist presence are bang up to date. You’d be hard pressed to find something you don’t like, as long as the swingin’ sixties theme is your thing, but this edition will only be on sale for one year. Experience more about these rare pieces and Glashütte Original’s Watchmaking Art.