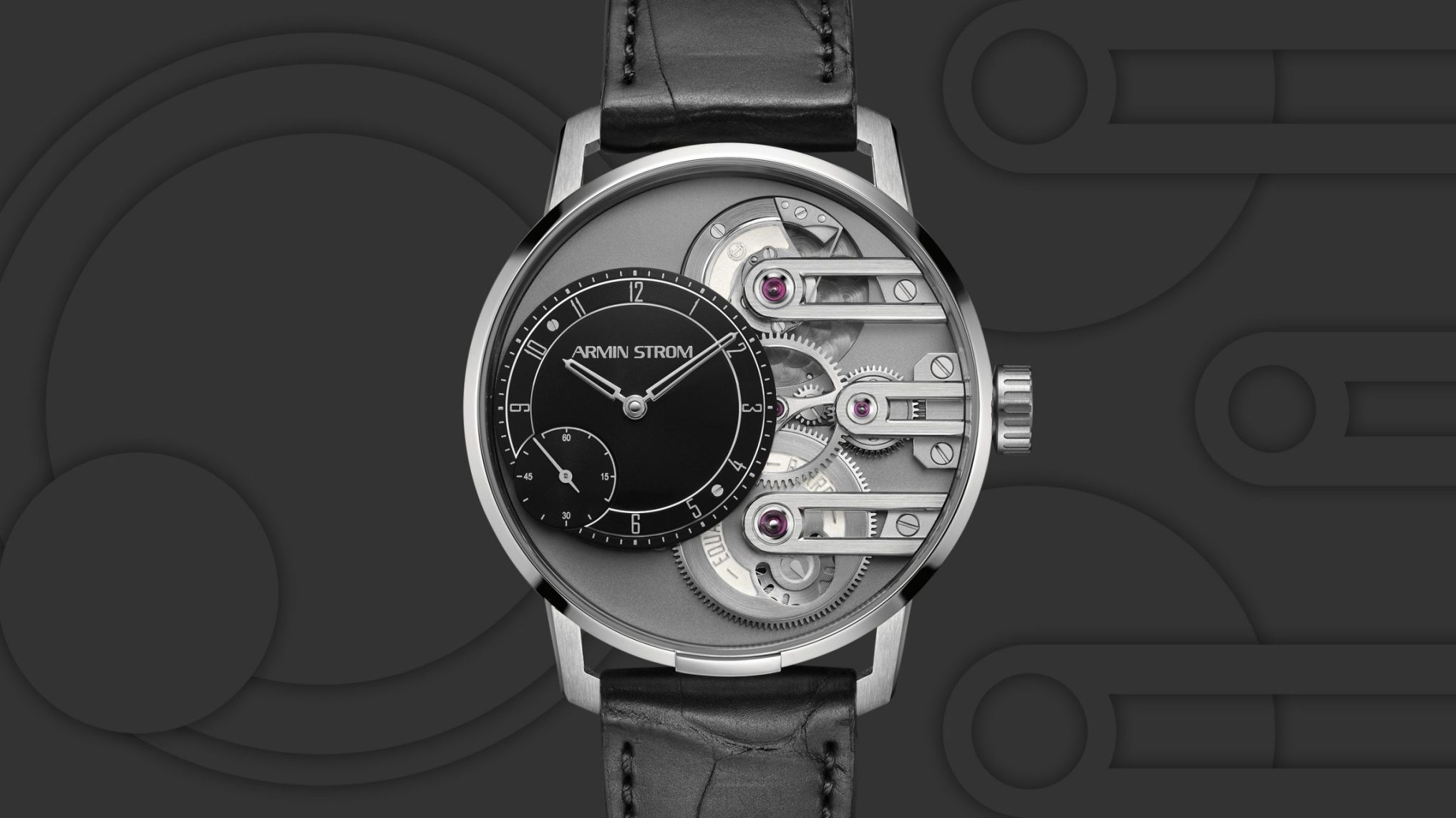 With that in mind, Armin Strom releases a new watch, the Gravity Equal Force watch, the first piece in their new System 78 collection. It’s focused around evenly distributing the torque from the barrel of the watch, which stores the power. For centuries, horologists have come up with different mechanisms to restrain the amount of force coming from the mainspring to be able to record the time evenly. Things like the remontoire, fusée and chain and even the pendulum to a degree, these are all examples of mechanisms which stop the mainspring losing all its power too quickly and pinging off into lower orbit. 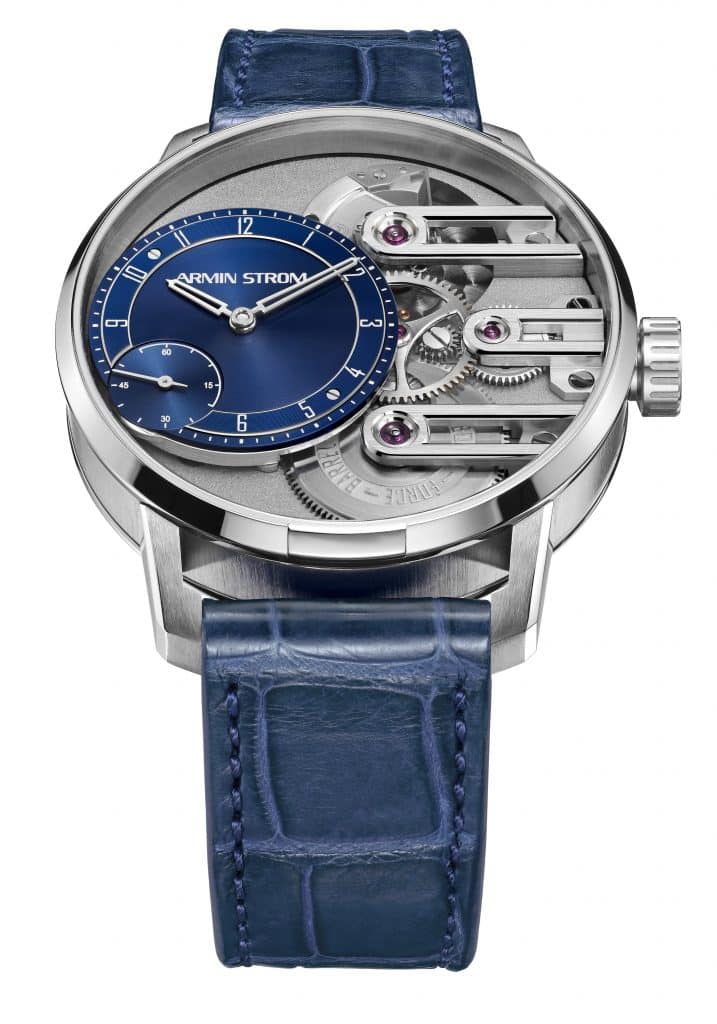 When the spring is fully wound, it tries to release that energy quickly, but as it loses power, the rate at which the energy is delivered slows down. If you’ve ever tried one of those clockwork toy cars that you pull back and then let go off, you’re essentially encountering this issue. The car goes really quickly at the start, but the further it goes along, the slower it gets as the spring loses power. In a toy car that’s useful as you can pick it up and do it again (and again and again), but in a watch that’s designed to be consistently accurate, restraining the spring’s power is quite a problem.

Of course, the other end of the spectrum needs consideration as well. When the watch is low on power, timing errors will start to pop up once more as the mechanisms struggle to overcome friction and keep moving. That means there is a nice powerband from just below fully wound to just above unwound where the watch can operate evenly, the problem is, the amount of torque is always decreasing steadily. 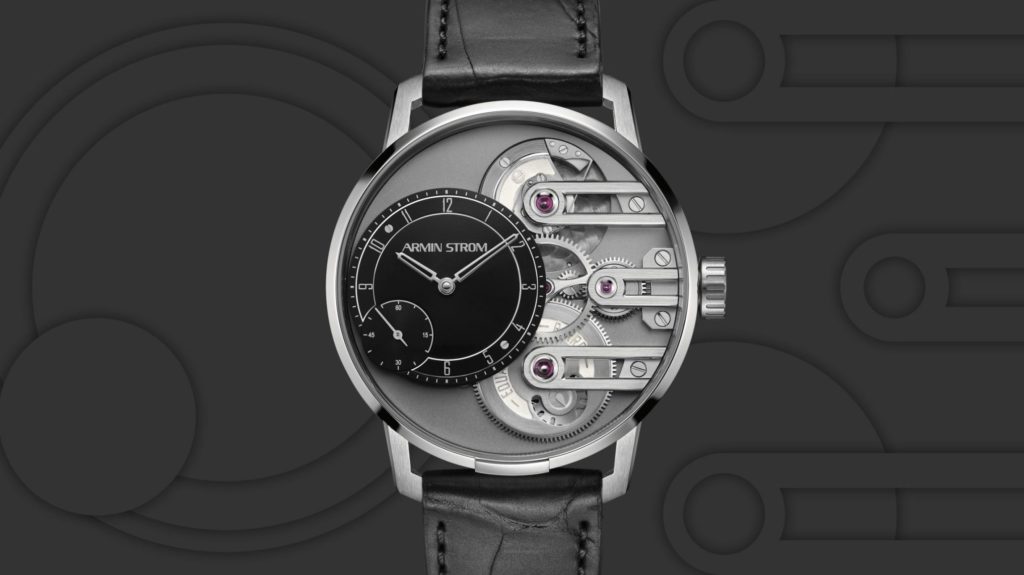 An ingenious system to overcome this issue of accuracy that isn’t seen very much any more is called the ‘Geneva Stop-Work’ mechanism. It prevents the entirety of the mainspring being used, so the watch cannot run down until the mainspring is completely unwound. The barrel can turn a total of 12.5 times, that means that it takes 12.5 revolutions of the barrel from fully wound to fully unwound. The stop-work mechanism physically limits the barrel, so it can only make 9 revolutions before being stopped from unwinding further. Armin Strom also has a patent-pending system which allows the mainspring to slip inside the barrel, presumably because it is an automatic watch and therefore needs a method to prevent over-winding. Despite this, the watch will still run for 72 hours before stopping. 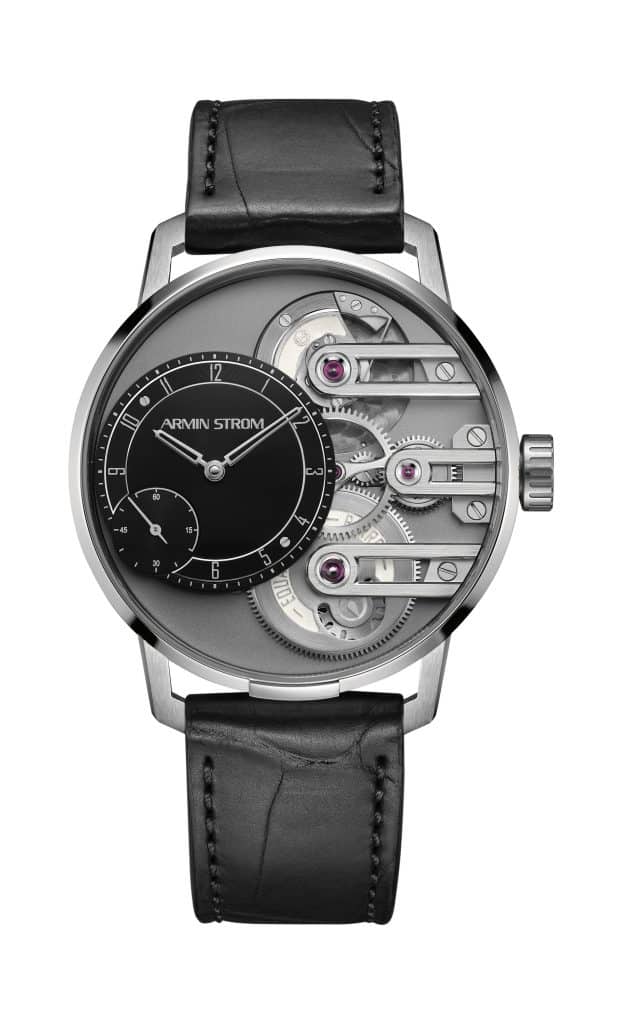 The calibre ASB19, which this has been built into, is a good looking thing. It’s made up of a total of 202 components, and it has a beat rate of 3.5Hz. The front reveals three bridges which were partly inspired by a pocket watch design. The dial side of the watch shows the new barrel system as well as a micro-rotor to wind the movement. The time has been offset into a clear and crisp dial with small numerals and a lot of open space with some circular guilloché for good measure. You can get the time dials in either blue or black with a leather strap colour-matched (but others are available).

The 41mm case is a new size for Armin Strom, being smaller than their other watches with thinner lugs that look thoroughly modern, which follows the previous designs from the brand. It’s made of stainless steel, too.

The retail price for one of these new beauties will be CHF16,900.