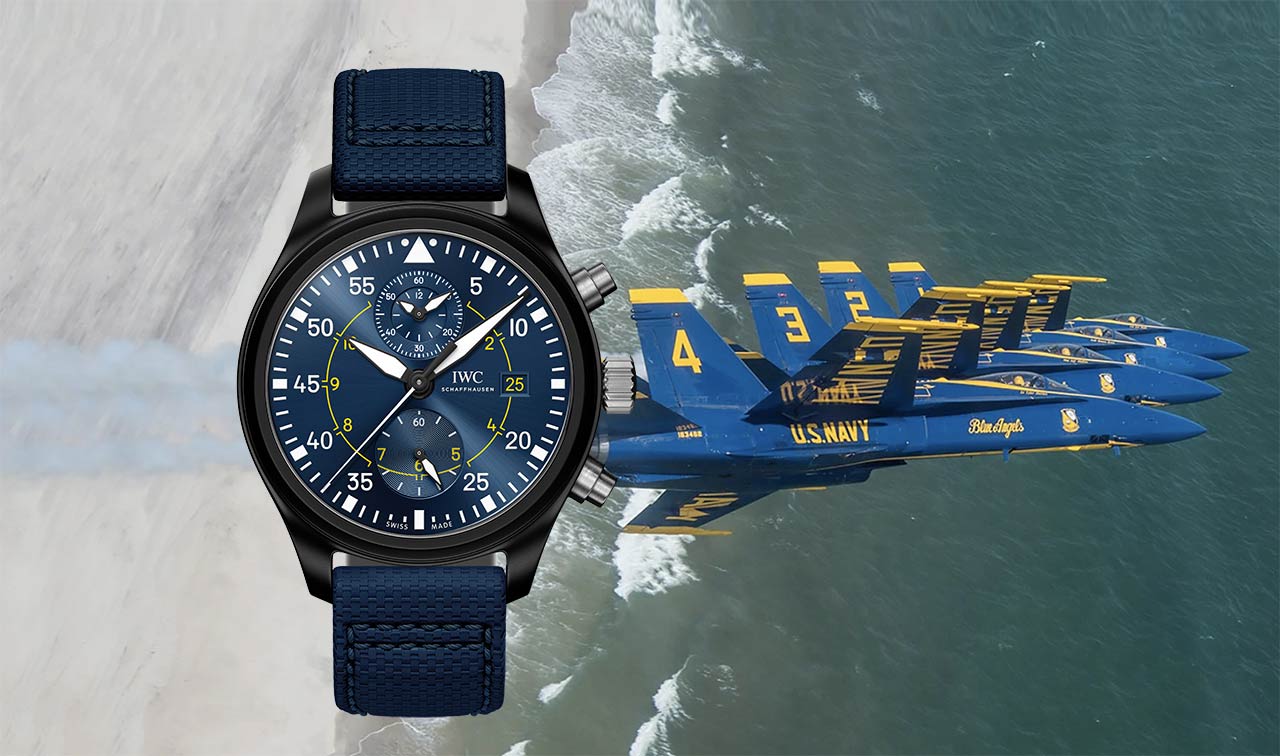 The Blue Angels are the world’s second-oldest air display team (after the French Patrouille de France). They are renowned across the United States for their high octane air displays which make use of aircraft that the US Navy and Air Force use on training and deployment at home and overseas. So, when IWC decided that their Big Pilot Chronograph model would be the perfect watch to build upon, it was no wonder they asked the Blue Angels themselves what they should do. 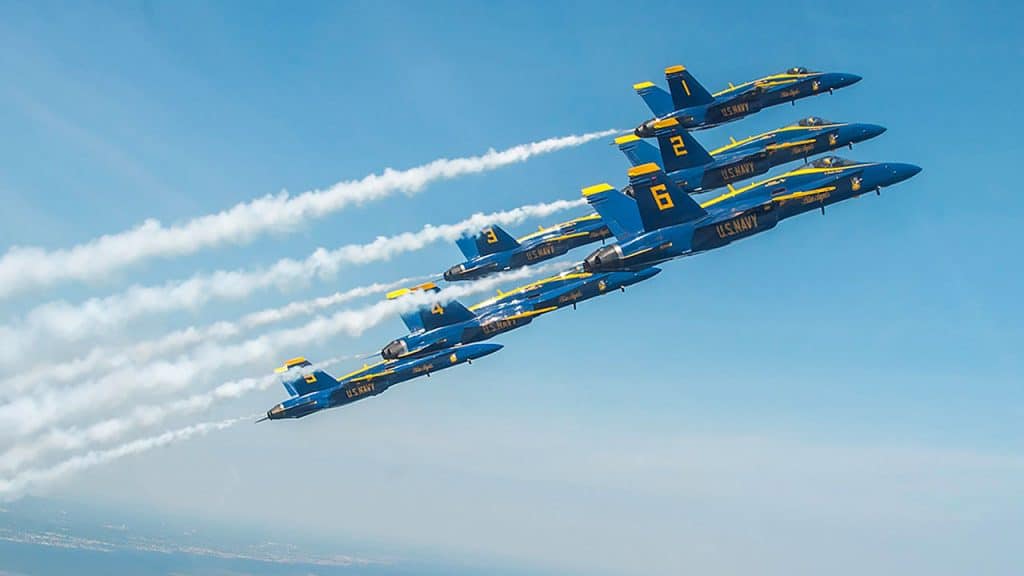 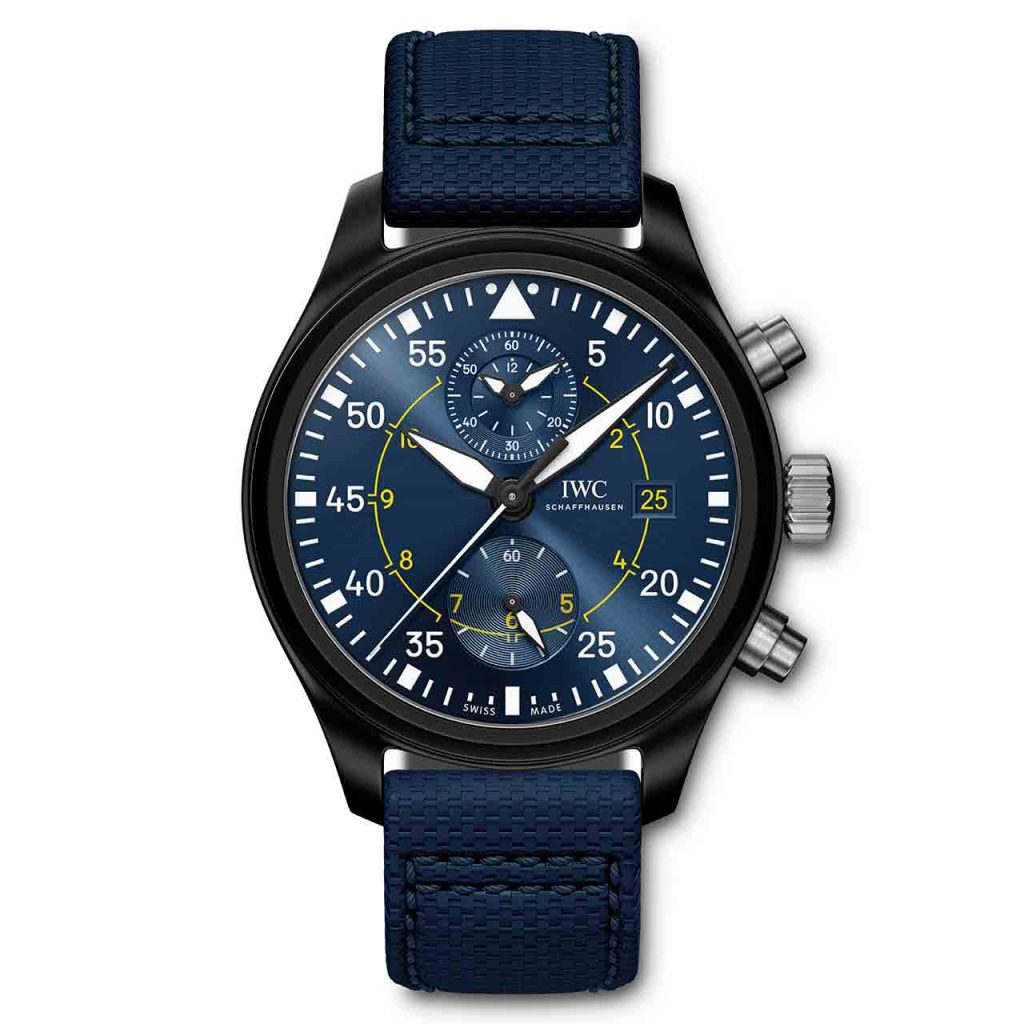 The result is rather pleasing. The black case is made of ceramic and is 44.5mm across and 15.7mm thick. The dial and strap are blue, the former sporting yellow details just like the jets the Blue Angels fly in. There are only two subdials on this watch, which makes a nice change from the usual three-six-nine chronographs we see. Chronograph minutes and hours are at the top and have a white coat of lume, while the running seconds can be found at the bottom, also with a lume coating. Both subdials also have a guilloché pattern applied to them, but the chronograph subdial has an inner sunburst pattern as well. 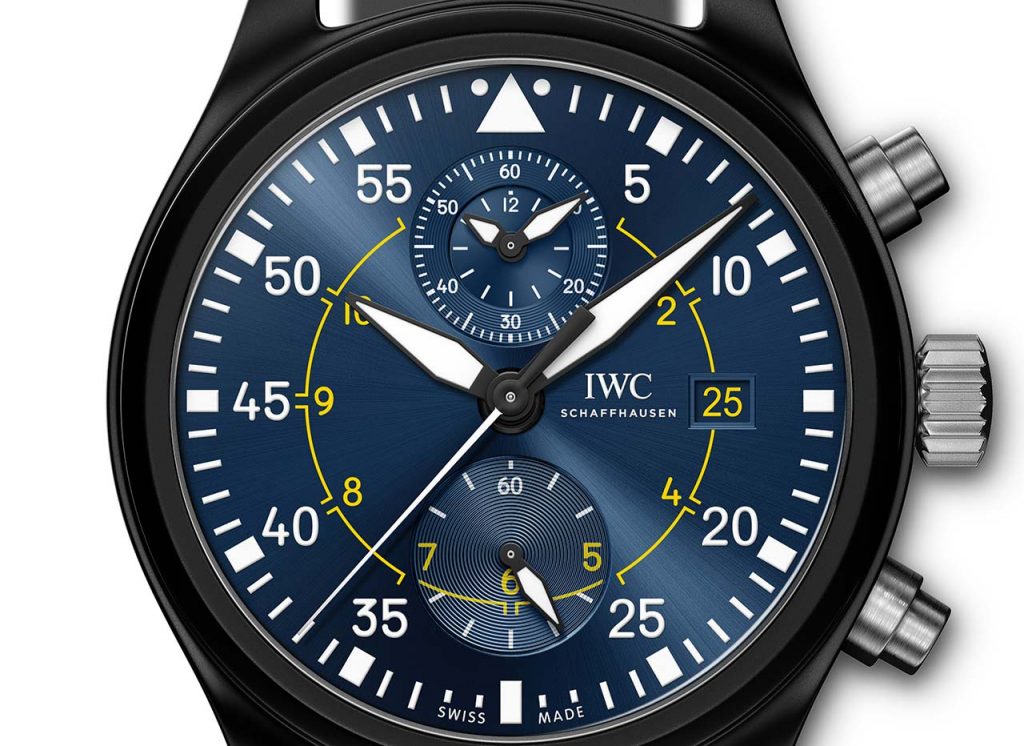 A feature that I find particularly aesthetically pleasing is the date window, which not only has a blue background but yellow text as well. Some brands would undoubtedly leave this white or black and make it stand out, but not IWC. Also, it might not have caught your attention immediately, but the numerals on the dial are reversed. Printed in white lume are the chronograph seconds, while the yellow detail ring has the hour numerals on it. 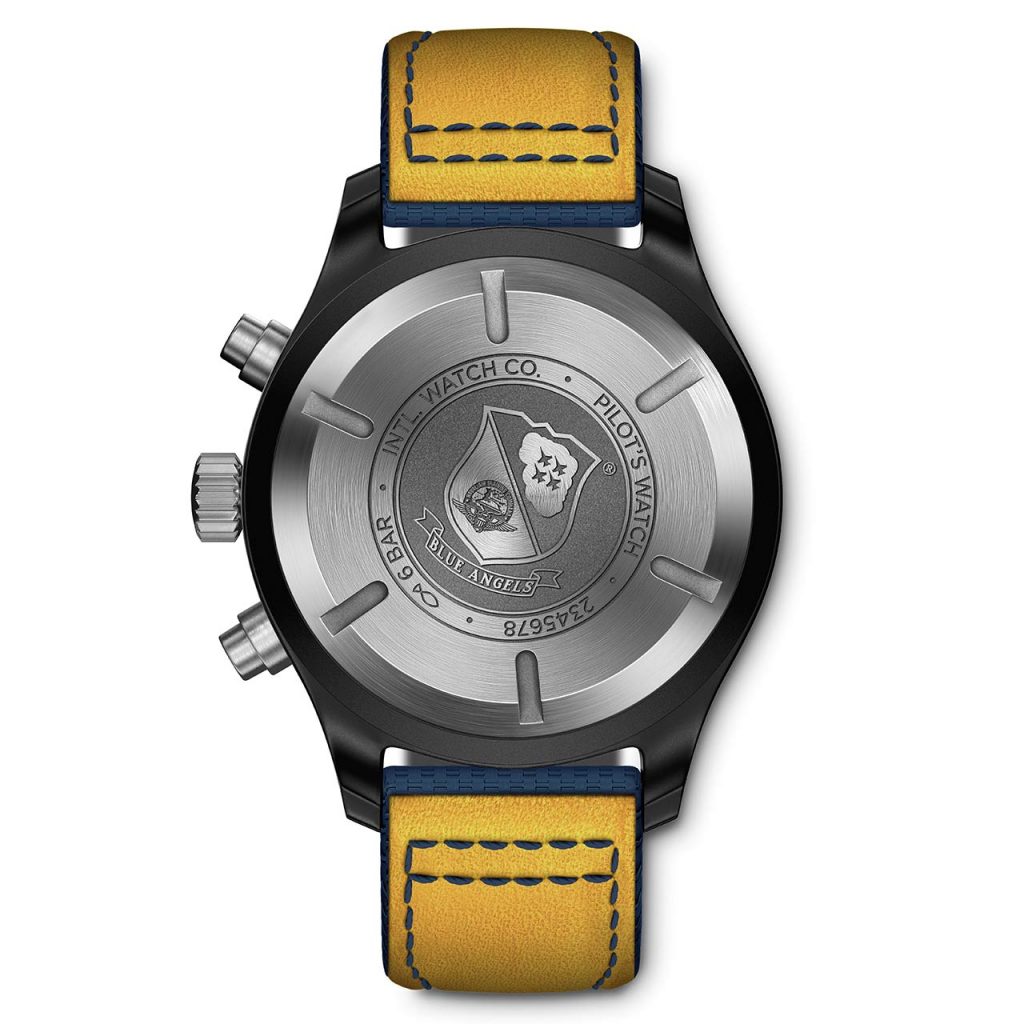 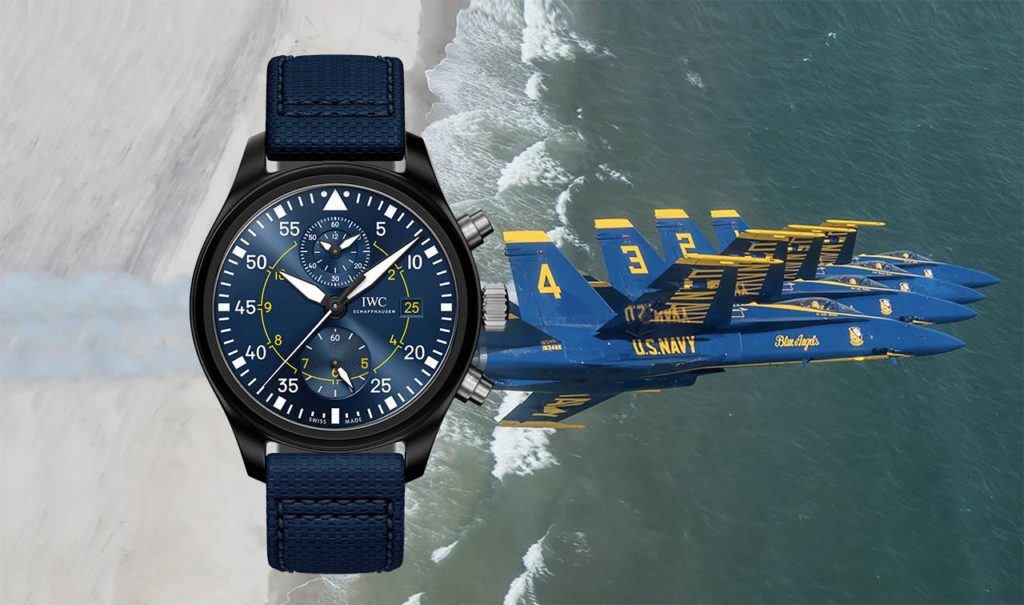 Inside the watch is the IWC calibre 89361, an automatic winding movement made in-house, it has a 4Hz beat rate and a power reserve of 68 hours. Interestingly, it also has a flyback feature, which is quite the rarity. It allows the chronograph to be reset and restarted with one push, without needing to stop the chronograph at all. This was particularly useful for aviators before the days of GPS and advanced instrumentation. They’d have to rely on precision timekeeping equipment to perform the necessary calculations. The price for this watch, excluding taxes, is $10,900.