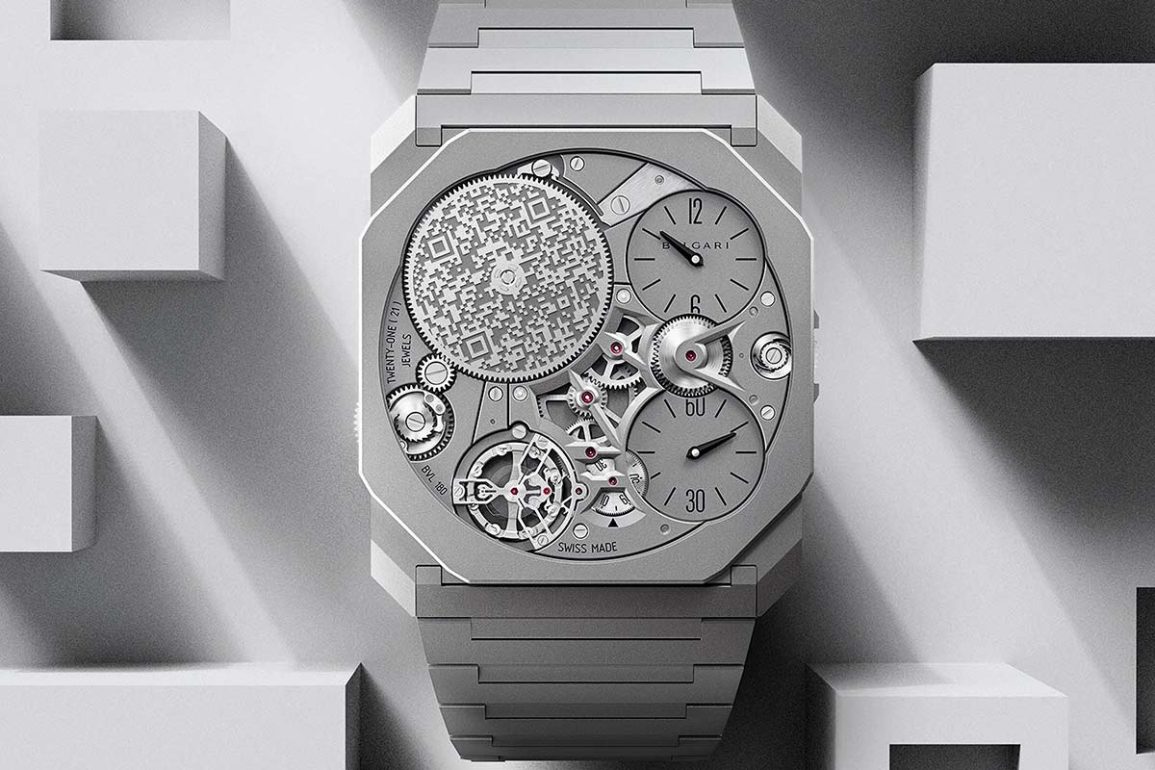 There’s a war on, you know. Well, of course, you know, but I’m not talking about the big scary one with the Russians. I’m talking about the war to be the maker of the world’s thinnest watches. Traditionally, this has been Piaget, and anyone who tries to take them on is, frankly, mad. Of course, the madness never stopped Vacheron Constantin and Jaeger-LeCoultre from doing it, and it certainly didn’t stop Bulgari in their quest to make the world’s thinnest watches. Their madness shows in their seven world records for thinnest watches. And now they’ve just made eight. 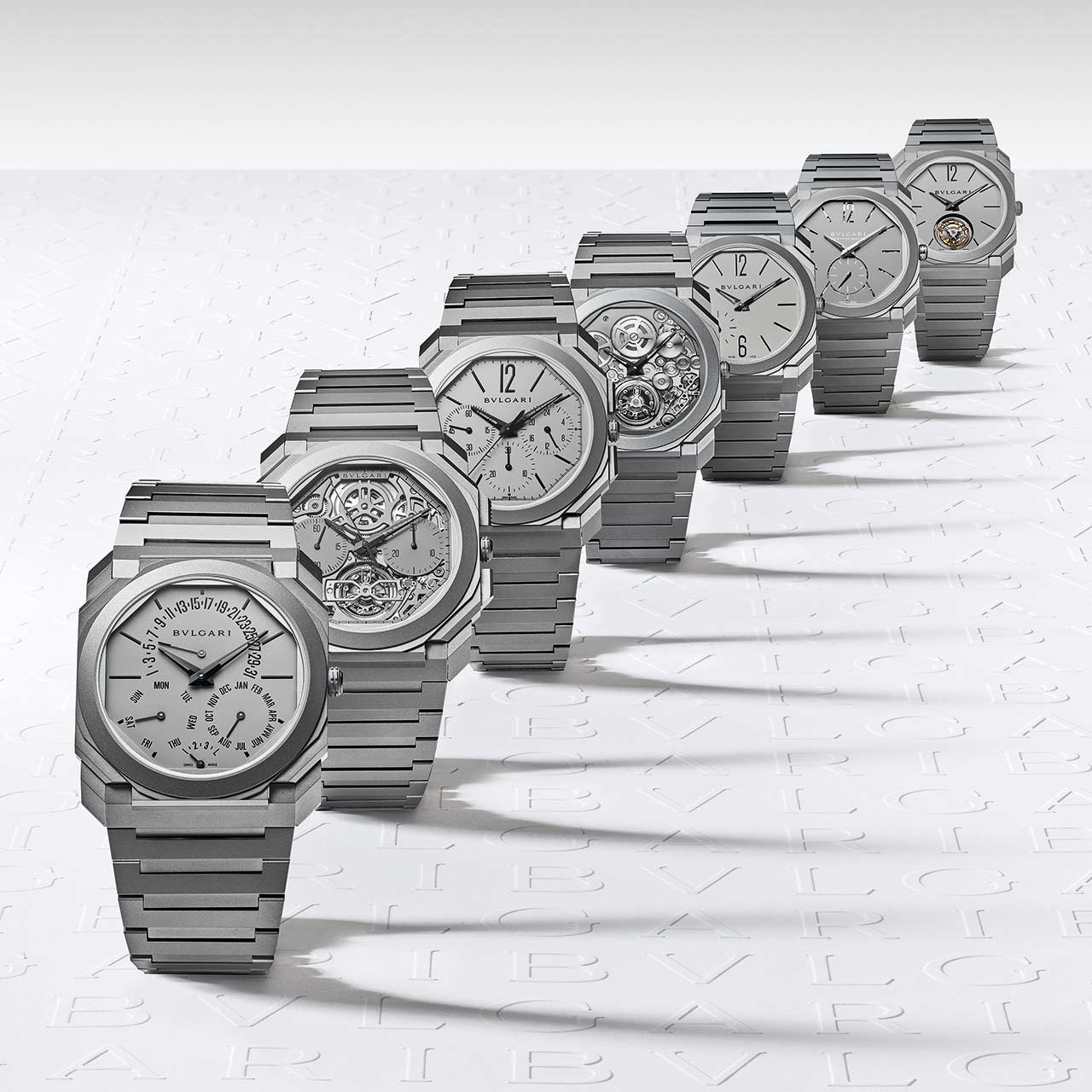 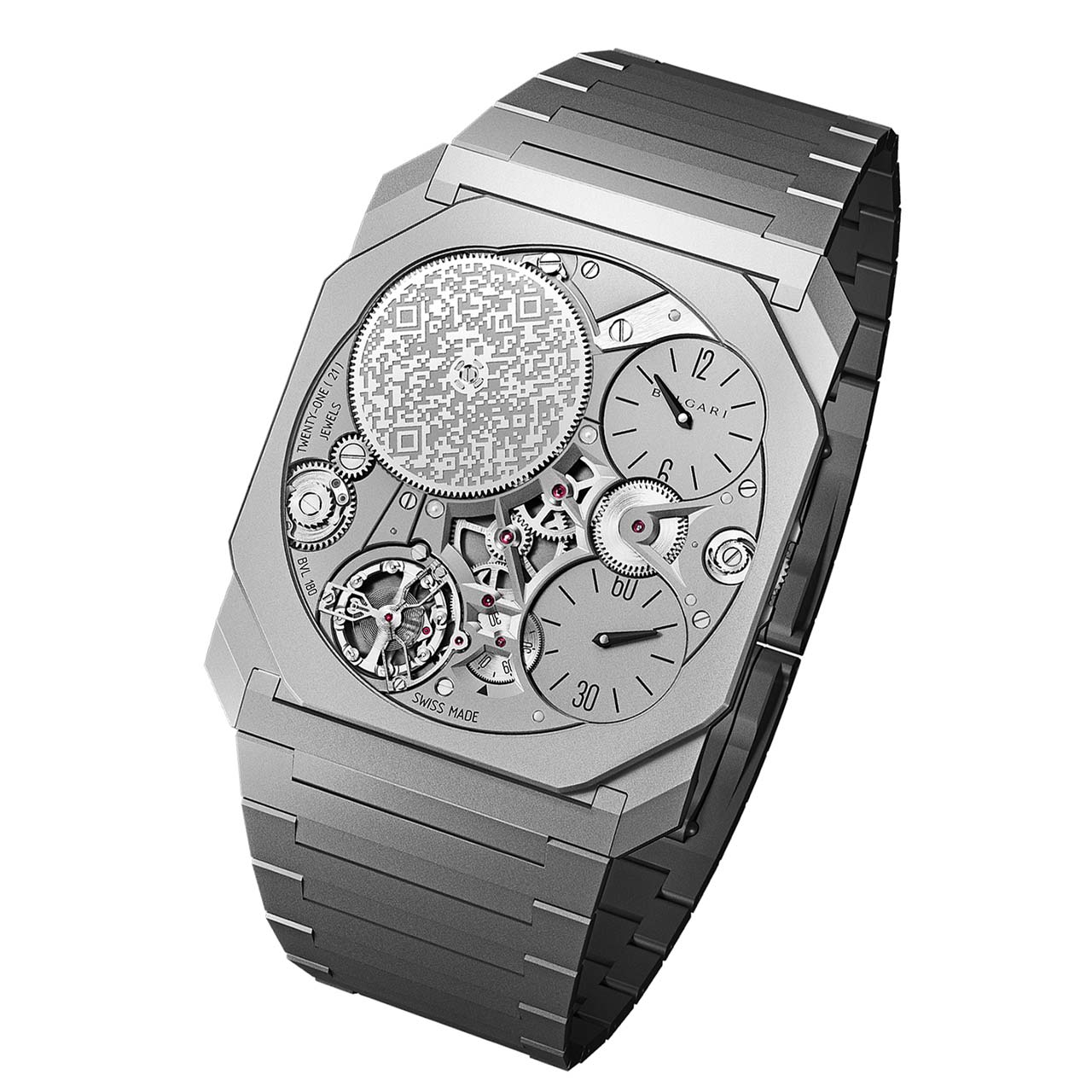 The Octo Finissimo Ultra is currently the thinnest mechanical watch ever. It’s 1.8mm thick, 0.55mm thinner than their previously most-thin (I hope no English teachers are reading this) watch, the Octo Finissimo, and 0.2mm thinner than the previous record holder, which was Piaget’s Ultimate Concept. The first thing I thought was, “Piaget’s record didn’t last long”, but it did. The Altiplano Ultimate Concept was shown to the world in 2018, although it was so thin and delicate nobody could wear it. By 2020, Piaget sorted it out, and the Altiplano Ultimate Concept went on sale. The case is 40mm in diameter.

Just like Piaget, Bulgari had to re-think everything on the construction of the watch. The caseback is also the mainplate on the watch, this is something their competitor has been doing for a while. The dial also holds the components in place, cutting out the traditional movement-in-case technique and making the movement and case one. To protect from the next #bendgate, titanium is used for the lugs and bezel, while the caseback/mainplate is made from tungsten carbide. 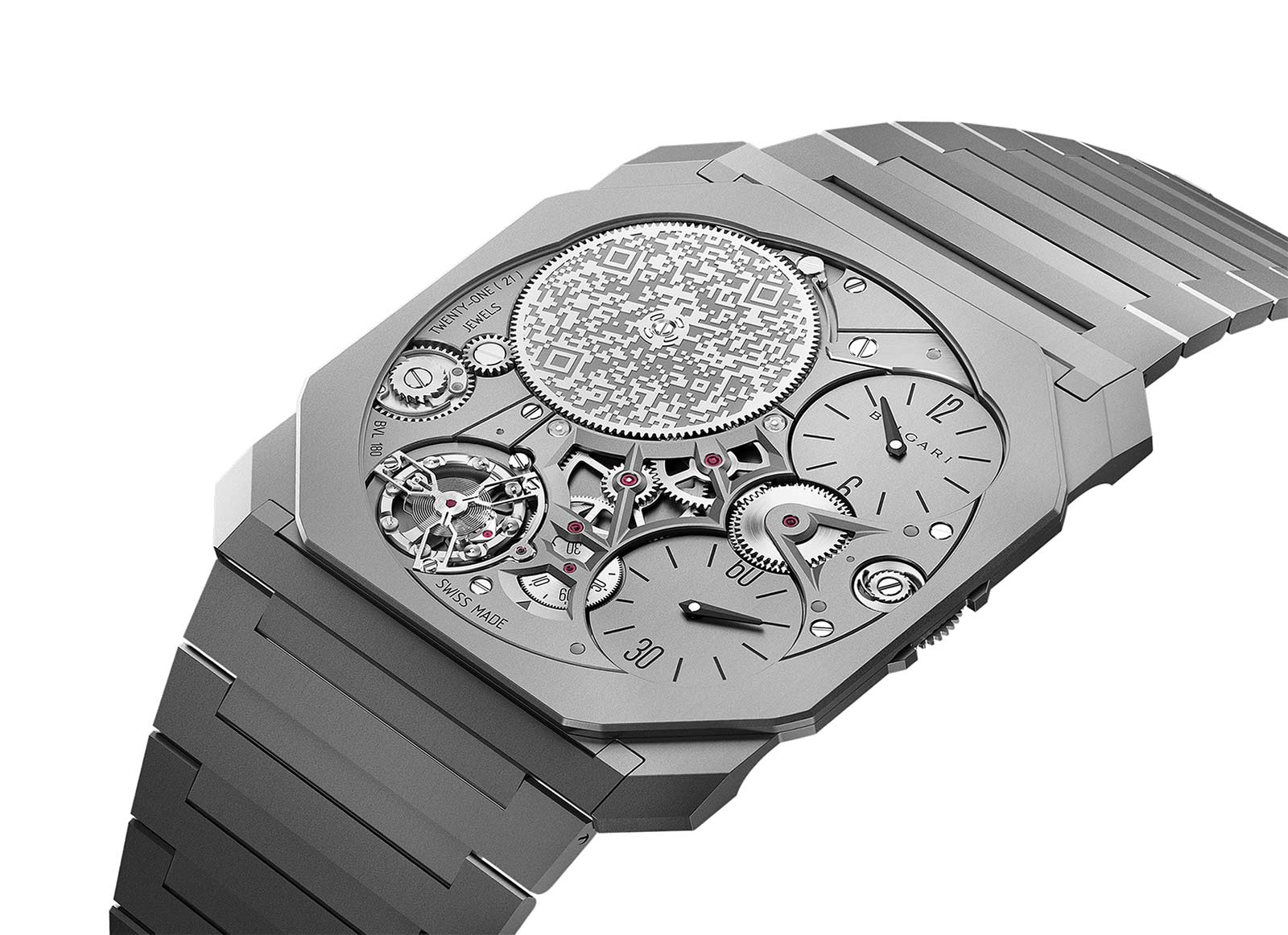 Like in most of the Altiplano range, nothing is hiding the movement from view, there’s simply no space for that. At the top right is an hour dial. Below that is a minutes dial, and there’s even space for a small disk to display the seconds, this is driven directly from the fourth wheel rather than through a train of gears like in a regular watch. The balance wheel is secured in place from the top but remains visible. Even the crown has been changed. Two horizontal wheels set the time and wind the watch now. One is in the usual spot for a crown, while the other wheel is on the opposite side of the caseback. Despite this, the BVL 180 calibre still has a 4Hz beat rate and a power reserve of 50-hours. 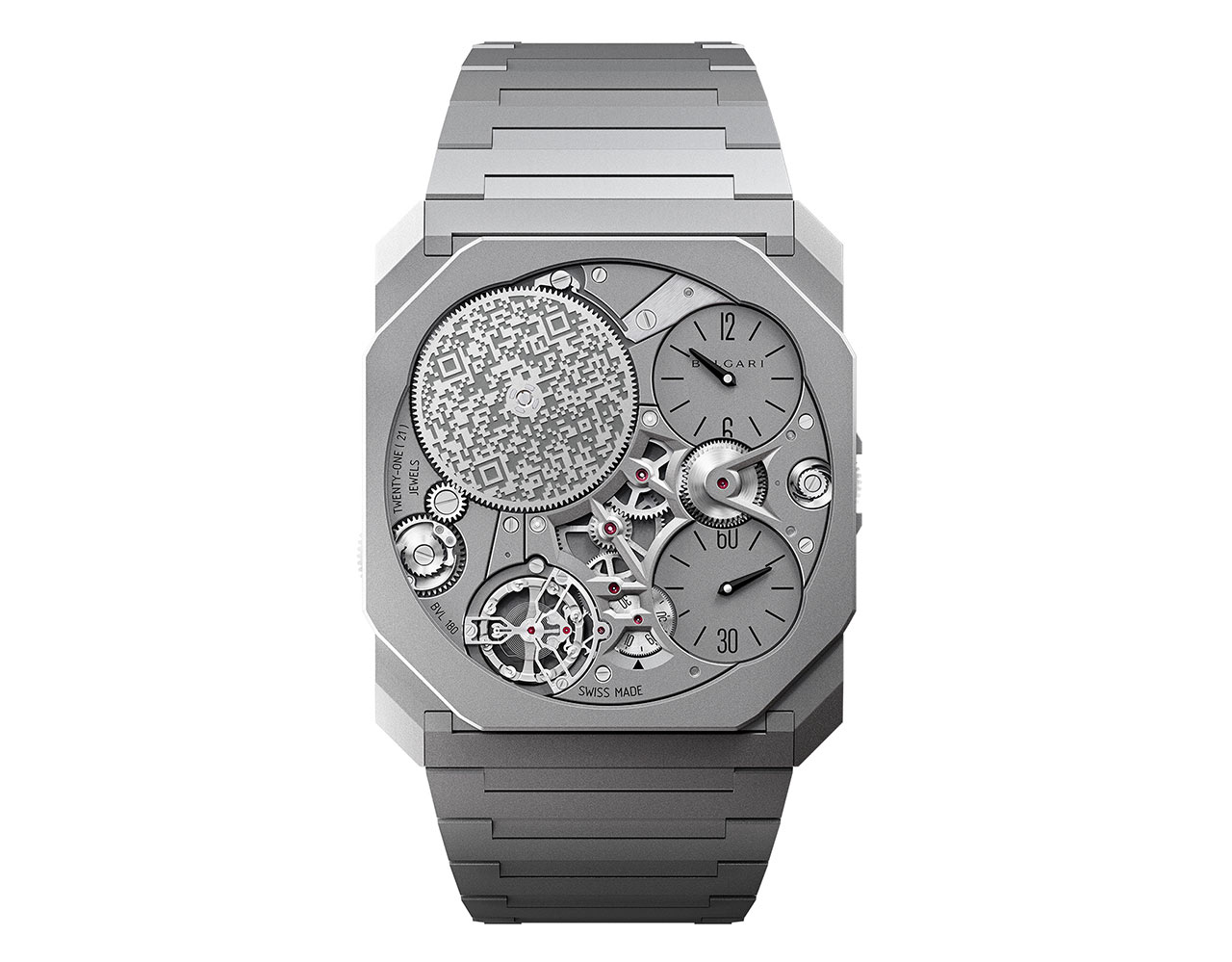 Adorning the top of the barrel is a QR code which takes you to Bulgari’s website and gives you a virtual tour of the watch and the movement. If you’re reading this on a computer or tablet, try scanning the QR code in the picture with your phone, their website is quite fun. The ten non-digital watches have the QR code for Bulgari’s NFT. One day I’ll Google what that is. 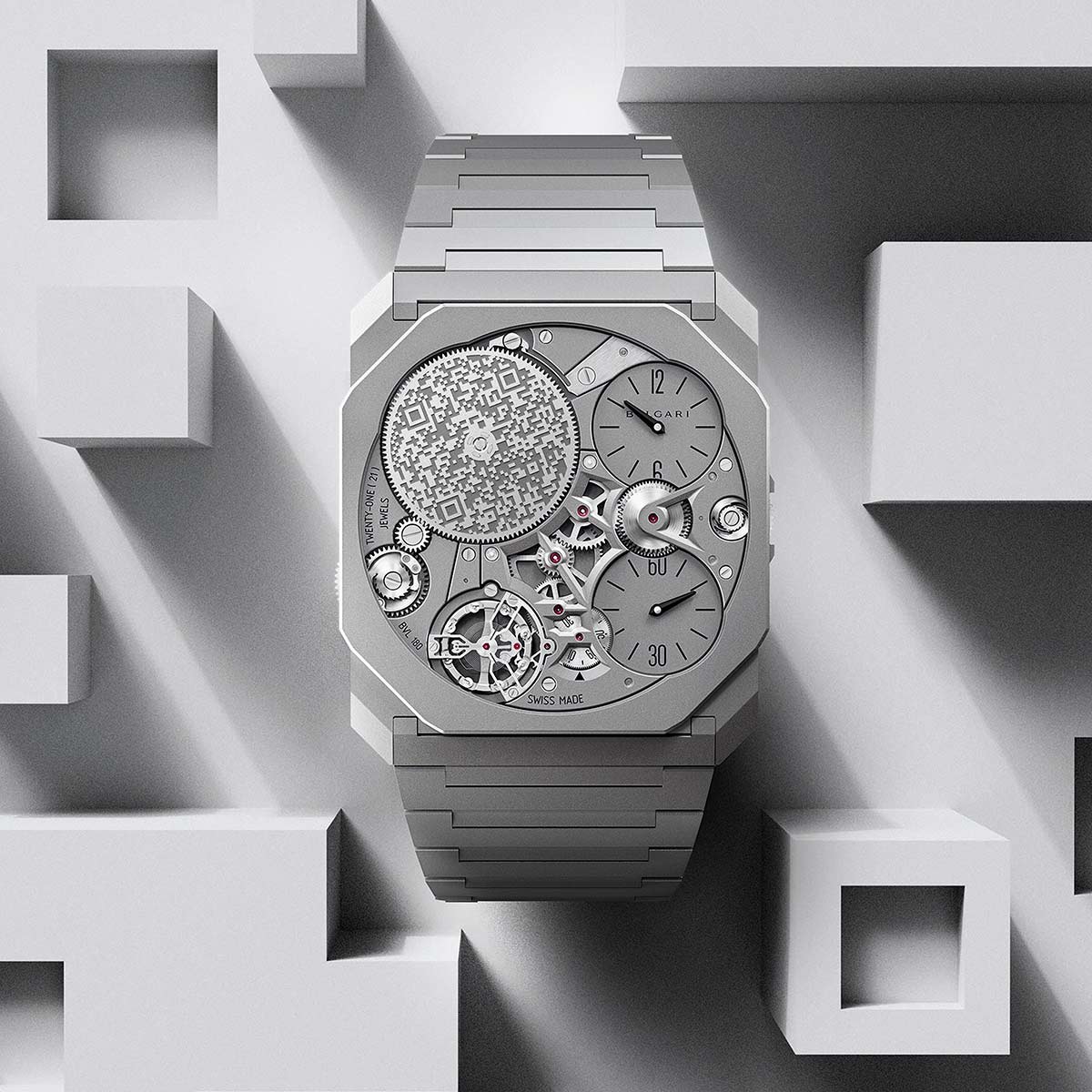 Presented only on a titanium bracelet, the watch is limited to just ten examples worldwide, and they each cost €400,000. I wonder if they will ever make it more available like their competitor.