The prestige German brand Glashütte Original have released their new Senator Tourbillon to the waiting world. I’ve said it before and I’ll say it again, a luxury watch does NOT need to be Swiss Made, it’s just people can easily become unnecessarily fixated on it.

So now that’s out of the way let’s see what the big deal is?

The History of the Tourbillon

First off, for those of you who don’t know what the Tourbillon is (I’m not saying everyone should know), it’s essentially a device that makes accurate timekeeping possible while gravity affects the pendulum of a moving timepiece and precision pocket watches.

That’s the Jack and Jane example but of course, things are never that easy are they? The Tourbillon is a clever bit of kit invented by the master watchmaker Abraham-Louis Breguet around 1795 to 1800, but it wasn’t until 1920 Alfred Helwig designed the improved flying Tourbillon. The original Tourbillon was held in place by a bridge or plate on both the top and bottom, but the flying Tourbillon is held only on one side.

This meant the development of the flying Tourbillon presented a particular challenge of creating a revolving carriage with a perfect balance of its entire axis. 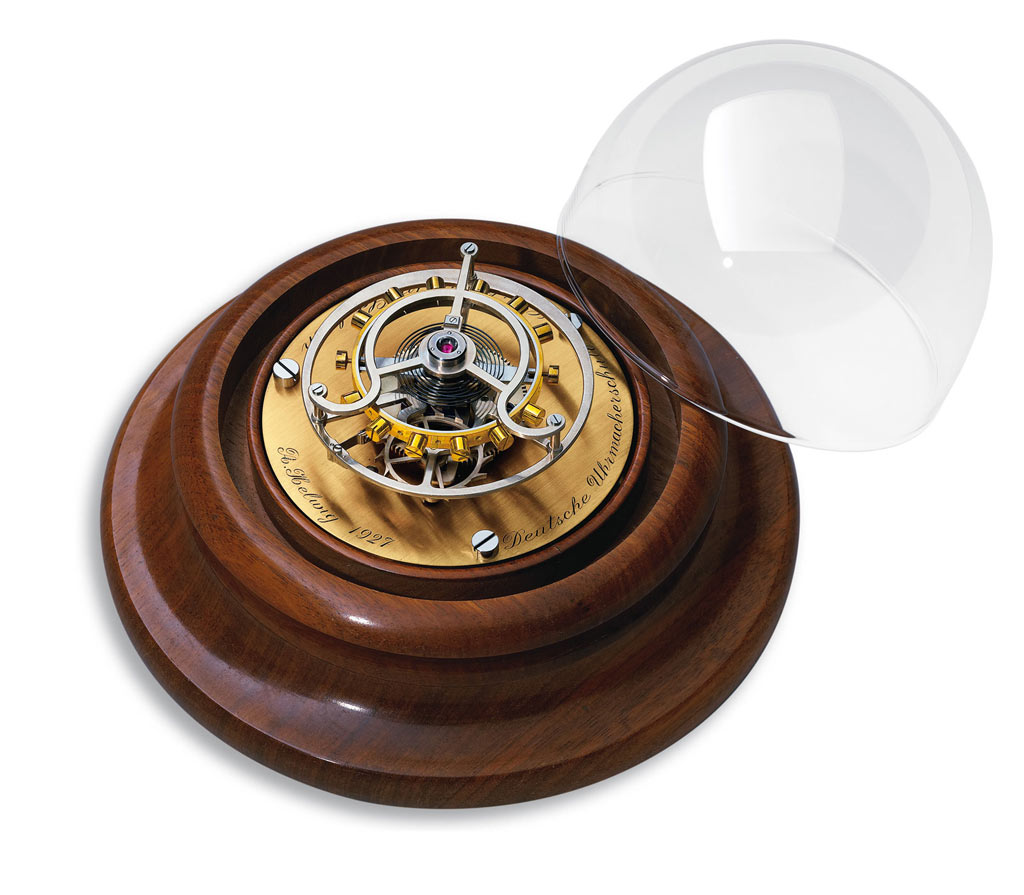 Today as it was then, the Tourbillon is probably one of the most appreciated horological complications. Its complexity and ingenuity is plain to see as it’s seen compensating for the distortion of the center of gravity as the piece moves from its vertical position. 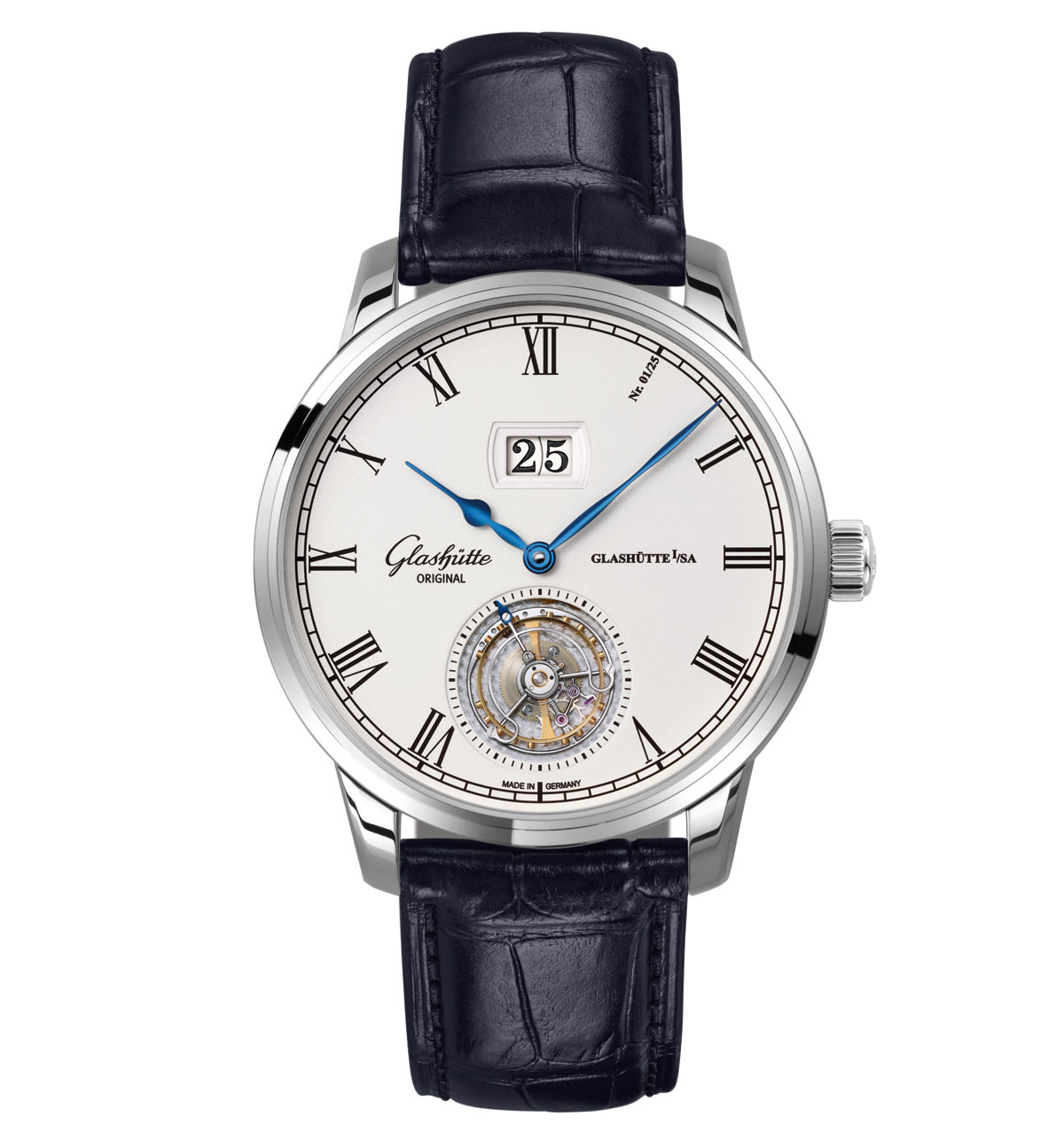 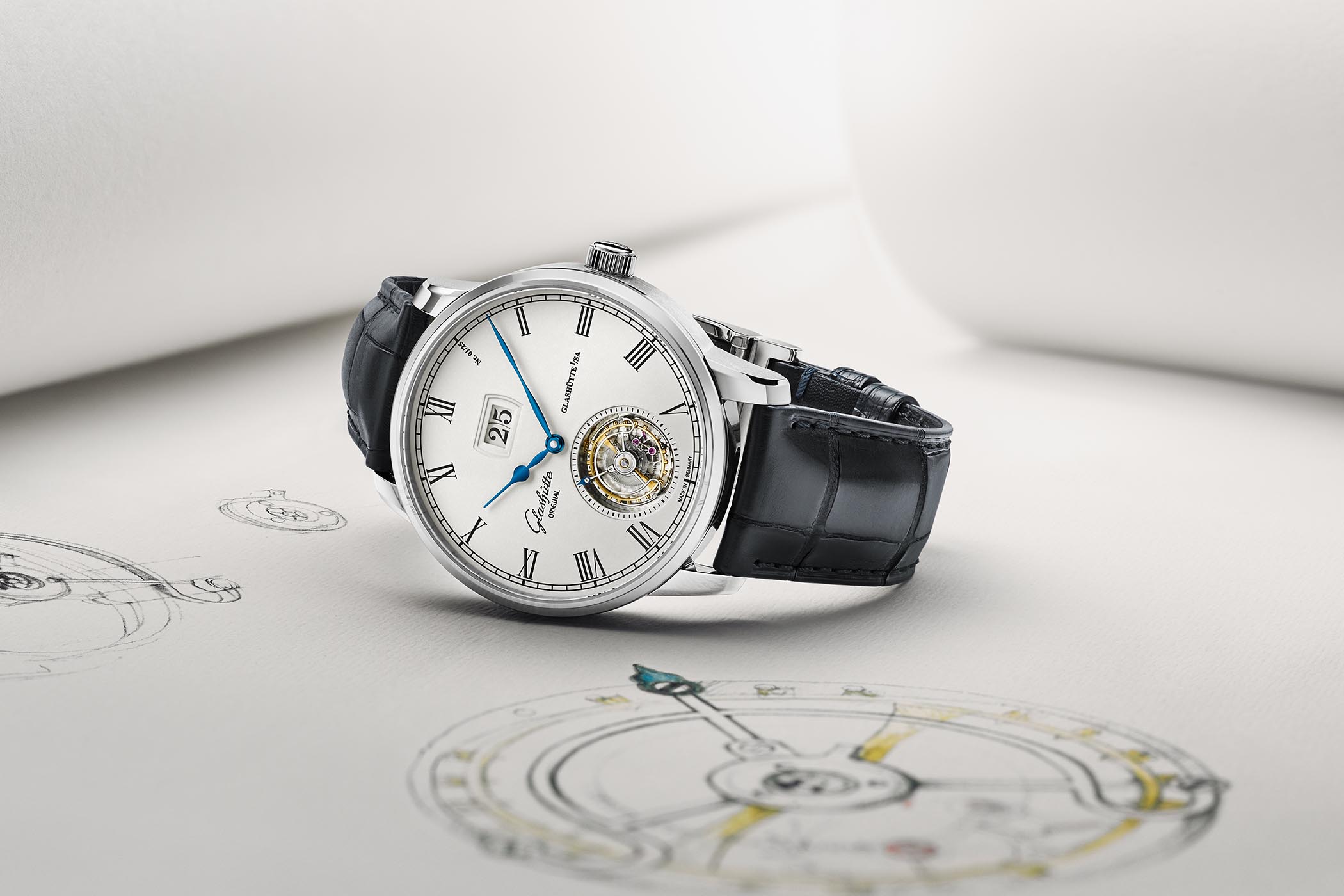 It’s all about engineering and presentation, just look how the carriage is exposed at 6 o’clock for the world to see.

Amazingly the complication perfectly situated at 6 o’clock opposite the date window at 12 o clock and constructed using 73 precision parts only weights in at 0.2 gr 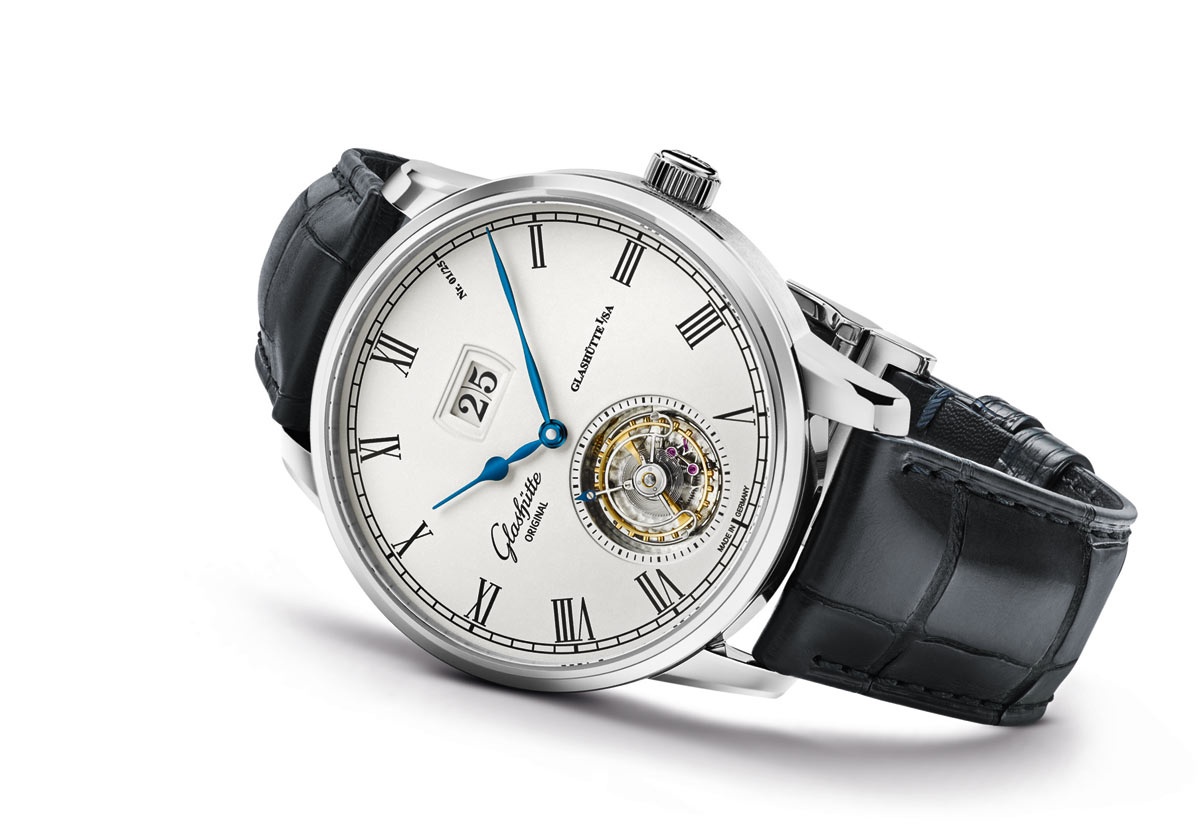 This piece limited to 25 units is constructed in white gold comes in a 42 mm case encasing the Calibre 94-03 automatic movement beating at a frequency of 3 Hz. Topped with a silver-grained dial with textured surface and black laser engraved indexes, it has a power reserve of 48 hours and a water resistance to 5 bars. Finished off with black Louisiana alligator leather strap with white gold foldover clasp, this will set you back around Euro 100,000. 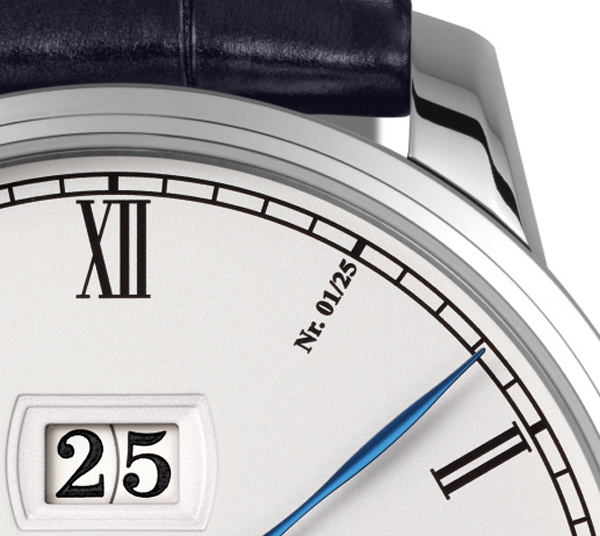 For that, you get a lovely Tourbillon Edition Alfred Helwig with the limited edition number at 1 o’clock as a Roman ‘Index’. Advice?  If you can, why not? glashuette-original.com