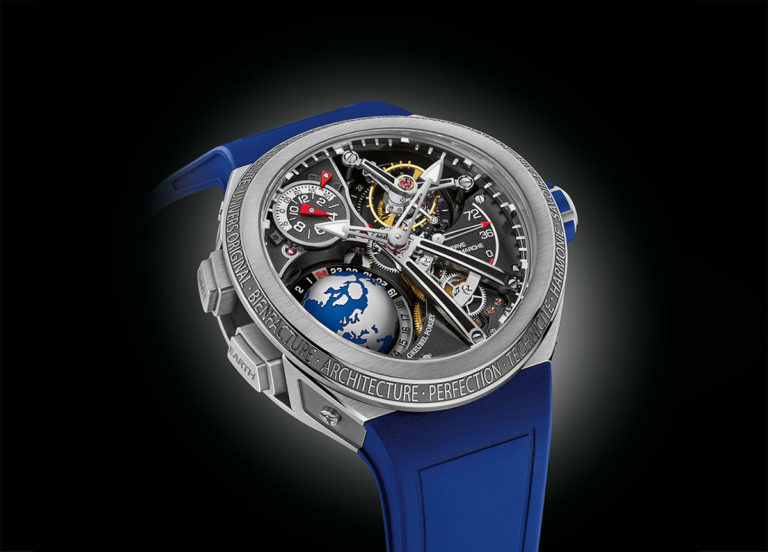 Greubel Forsey watches can easily be considered as some of the finest examples of horological art out there. They not only exude the technical complexity of an Haute Horlogerie product but also give it an artistic expression. The latest from the brand is the Greubel Forsey GMT Sport, a rugged travelers watch with a new ergonomic case. 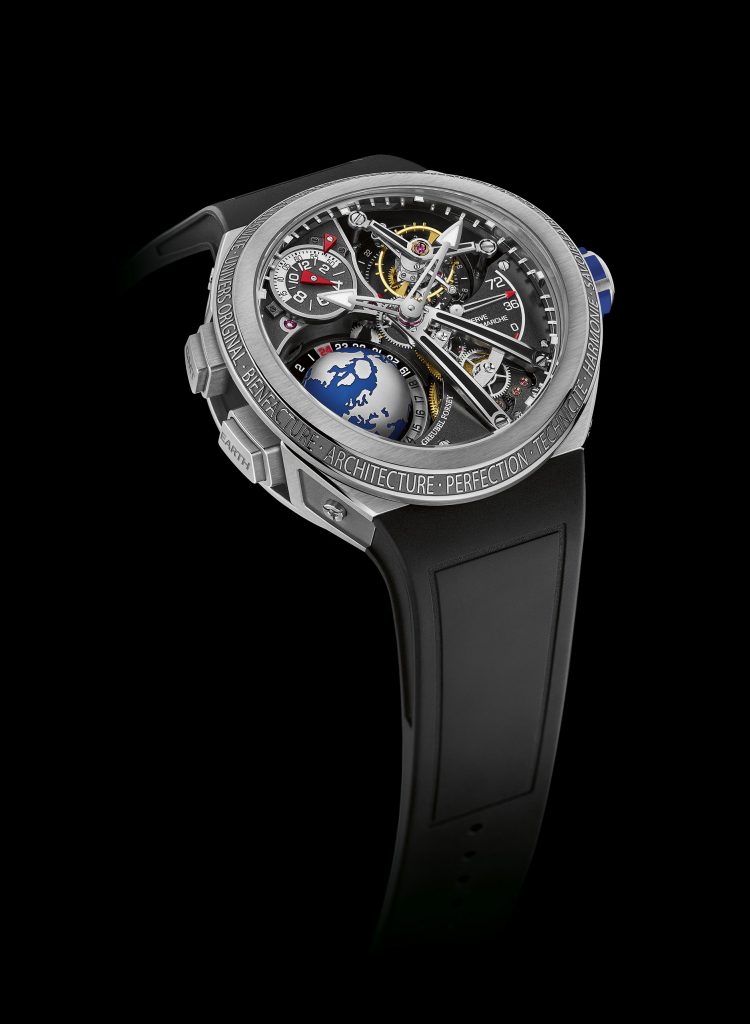 While there is a lot on offer on almost any Greubel Forsey timepiece, the highlight of the GMT Sport is its new distinctive case. Coming in at around 45mm in diameter the case is certainly on the larger side but features a titanium construction and a lugless design, both of which are aimed towards providing the wearer better wrist comfort. But that isn’t all as this case also has a few design tricks up its sleeve that make it look visually interesting. It is perfectly round when looked at from the top but exhibits an ovoid geometry from other angles. Further to that the bezel on top also has a nice segmented look with a brushed section followed by a section that is deeply engraved with the brand’s core values. Sitting on the front is a sapphire crystal whereas the back features a deeply engraved 24-hour ring along with a sapphire disk that presents the 24 major cities from around the world. The case is water-resistant to 100 meters which makes the watch capable of handling daily wear and tear with relative ease. 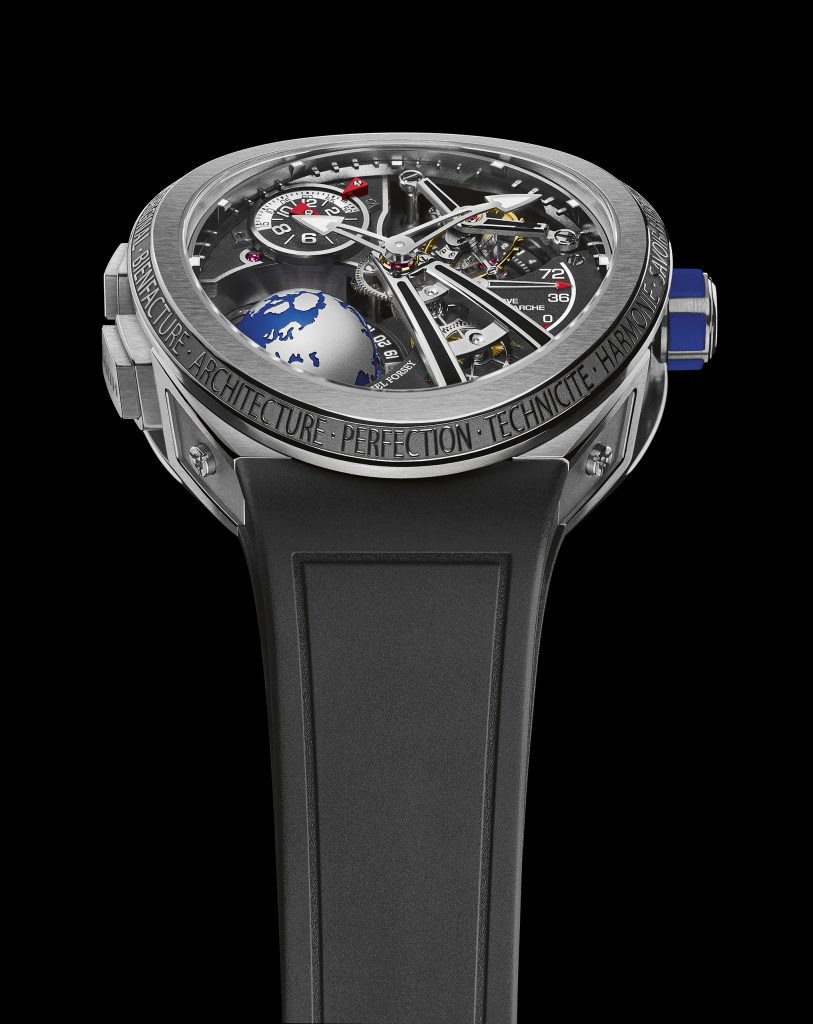 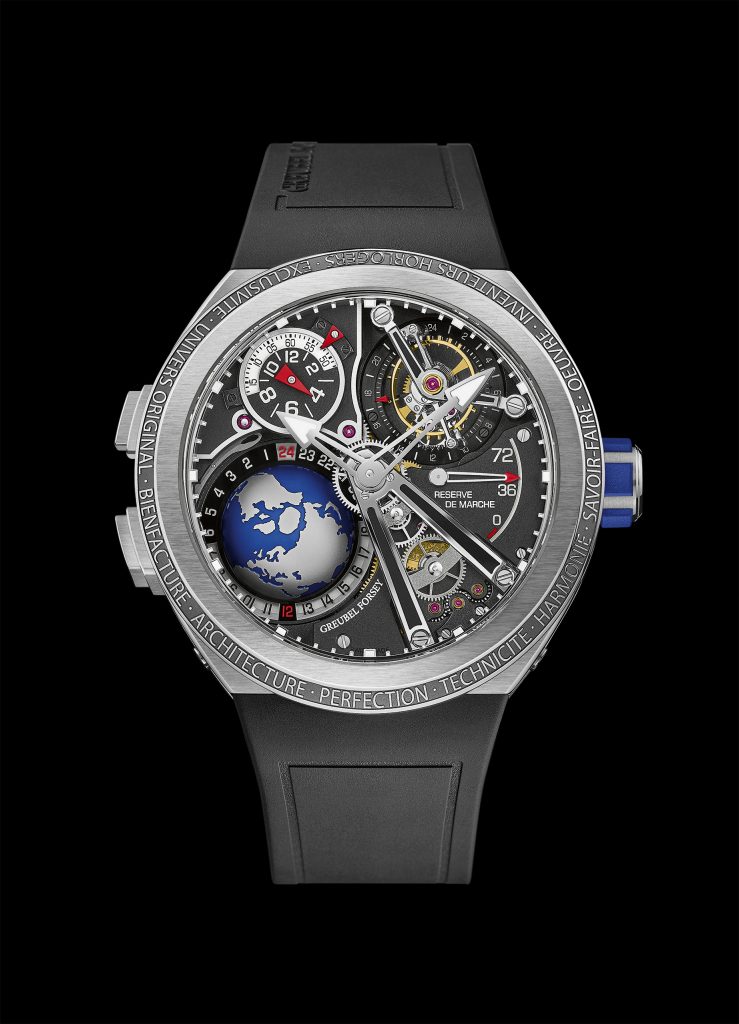 Like the case, the dial on this watch also makes a bold statement and presents a smorgasbord of information. Starting from the top, between 10 and 11 is a subdial that displays the second time-zone on top along with running seconds through a rotating disc beneath it. Moving clockwise, between 1 and 2 is the 24-second tourbillon mechanism, which is followed by a power reserve indicator at 3. And finally, between 7 and 9 is a beautifully rendered globe that rotates once in 24 hours and is surrounded by a 24-hour second ring that has been rendered in gray and black to indicate whether its day or night at a particular location. The GMT hand can be set using the pusher at 10, further to which the globe can be adjusted using the pusher at 7. Time can be read using the arrow tipped handset that is well proportioned and has also been filled with luminous paint to aid visibility in dimly lit situations. 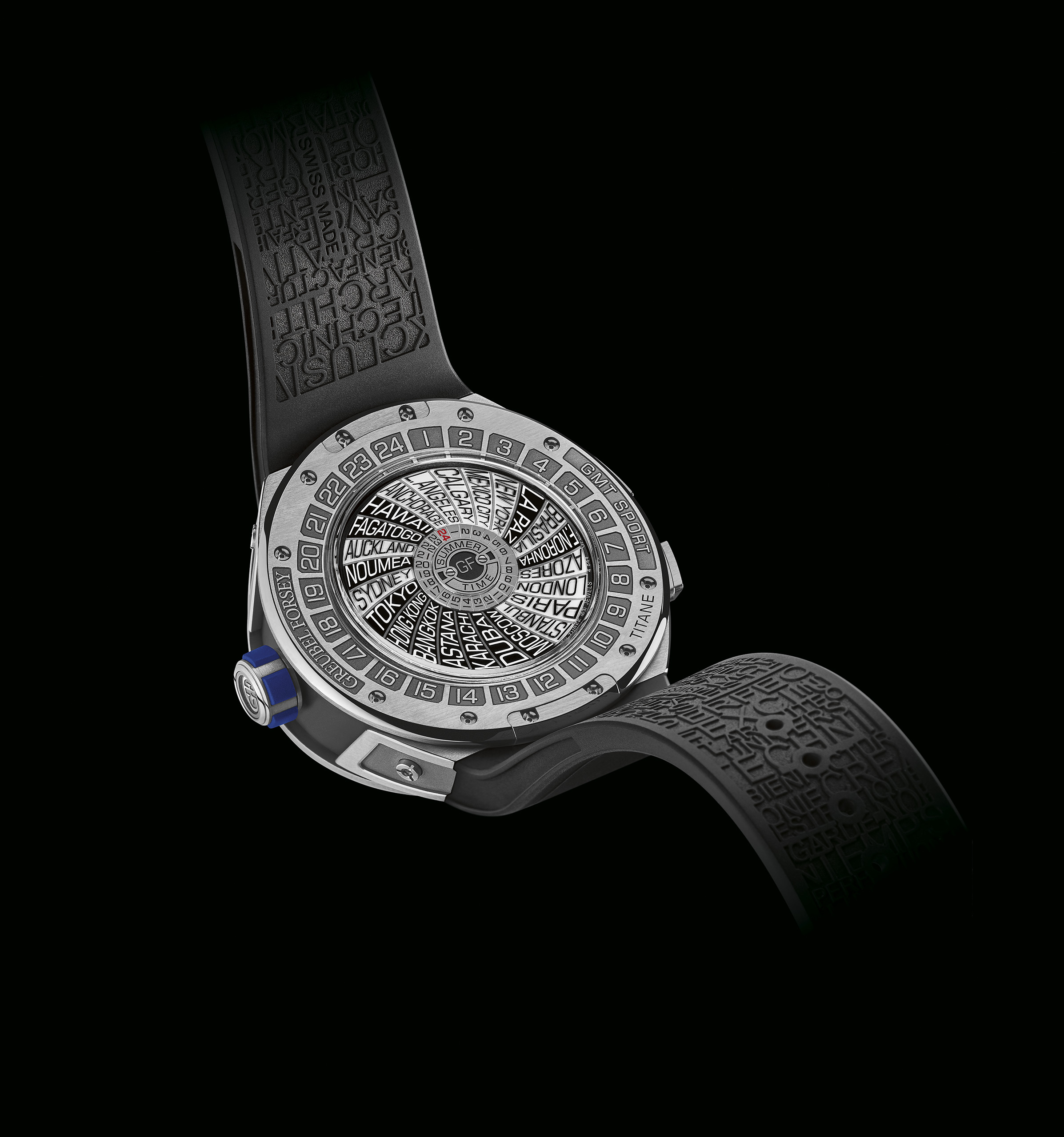 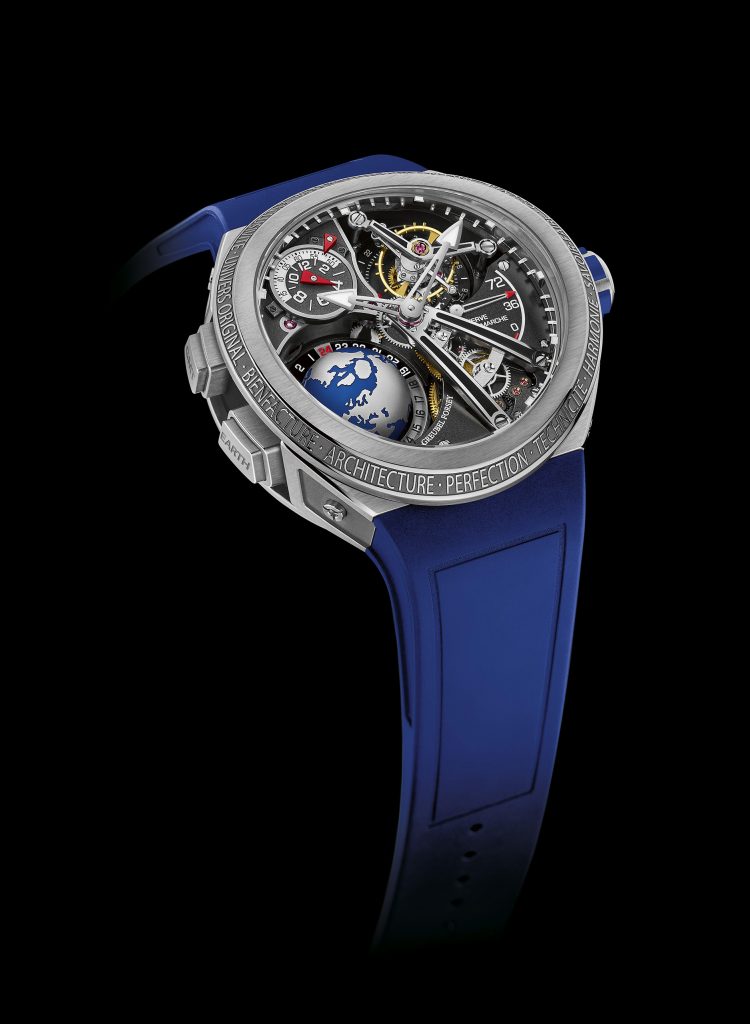 Powering the watch is a 435-part in-house mechanical movement. It operates at a frequency of 3 Hz and offers a power reserve of around 72 hours.

The Greubel Forsey GMT Sport would be limited to just 11 pieces and would come attached to a black or blue rubber strap. The retail price has been set at CHF 480,000.