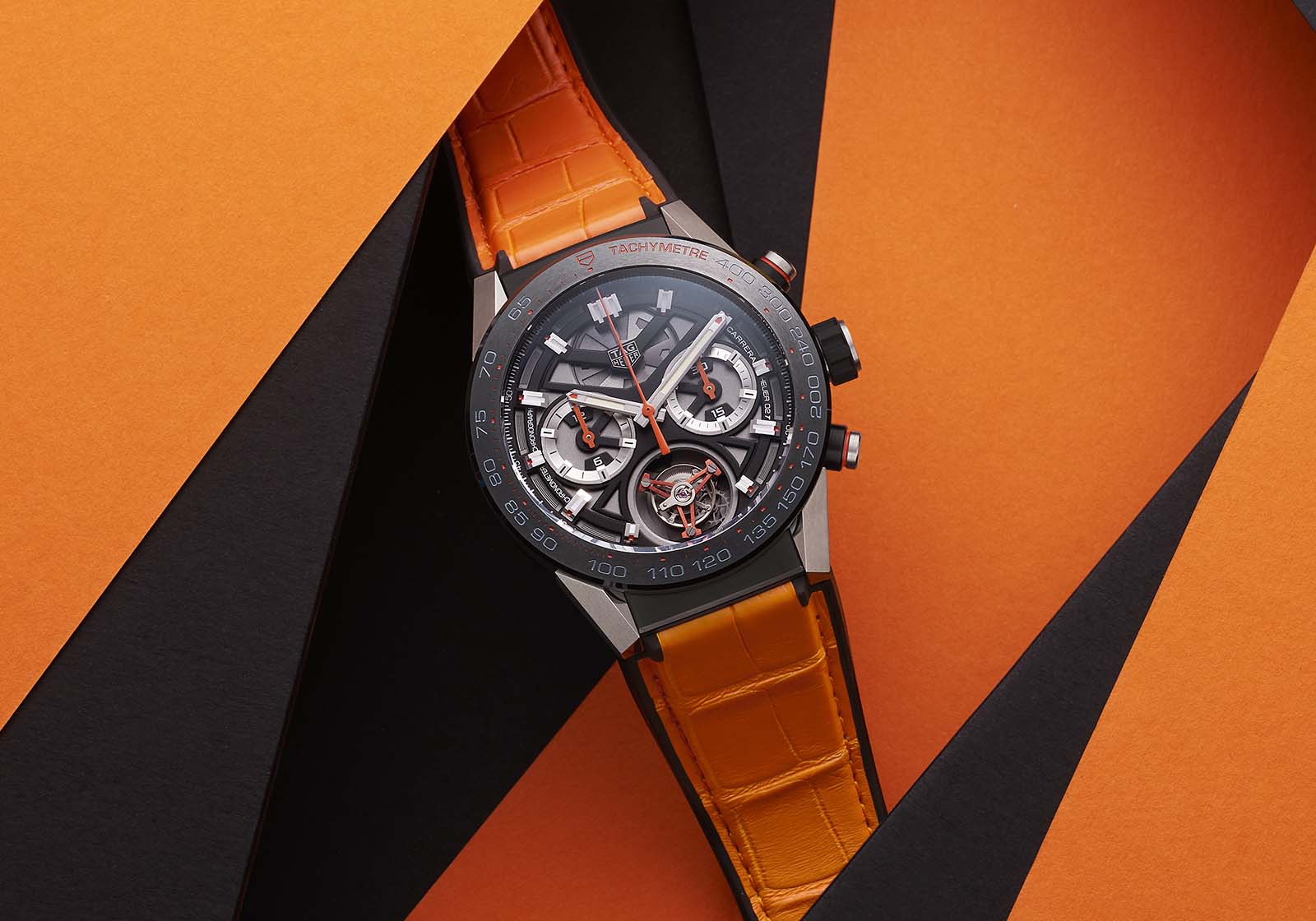 The TAG Heuer 02T was introduced a few years ago and remains to be probably the most affordable tourbillon watch from a big luxury brand on the market. It’s an attractive timepiece for sure, with a dial that consists of multiple elements including white, grey and black all layered on top of each other in a modernistic fashion. To show its support of Cortina (no, not the old Ford Cortina, the Singapore watch dealer Cortina Watch), TAG Heuer has revealed a special limited edition of its 02T watch which will be sold exclusively through the web. 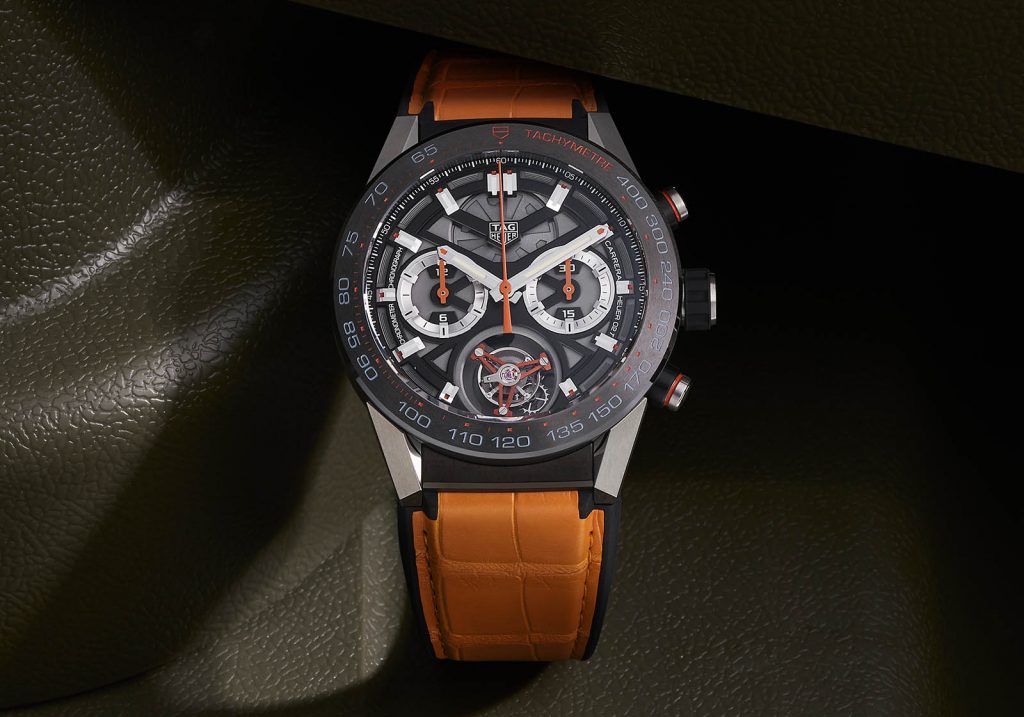 Coloured with a snazzy combination of orange and black, the 02T Cortina edition watch certainly looks the part. The strap is made of orange alligator leather sewn to a rubber base to prevent moisture damaging the leather. On the dial, the chronograph seconds hand, subdial hands and the bridges of the tourbillon are orange, as well as some of the detailing on the ceramic bezel and the rings on the chronograph pushers. 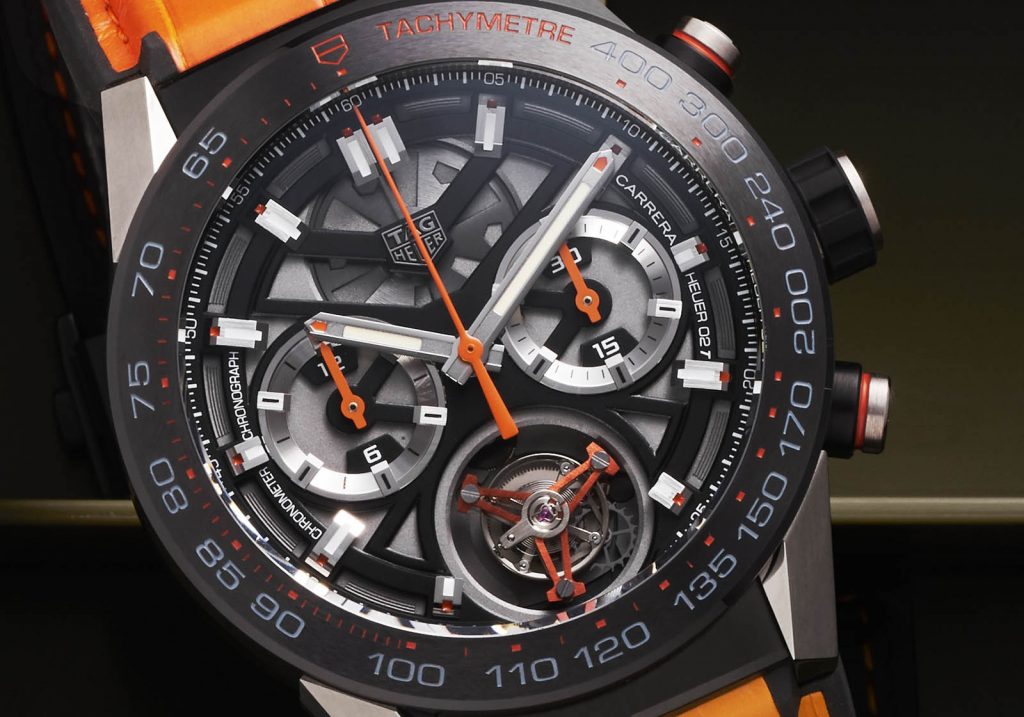 Don’t even think for a second that all of the money spent on one of these goes straight into the tourbillon, leaving other parts in need of attention. The case is made of PVD coated titanium, and the bezel is ceramic. The base of the tourbillon carriage is made of titanium as well, and the upper is a carbon composite blend. Meanwhile, the 4Hz tourbillon itself is coupled to one of the most challenging complications to make: a chronograph. This chronograph even features a column wheel and a vertical clutch, which are found in watches that retail for over ten times the price of this TAG Heuer’s 26,000 Singapore Dollar asking price. 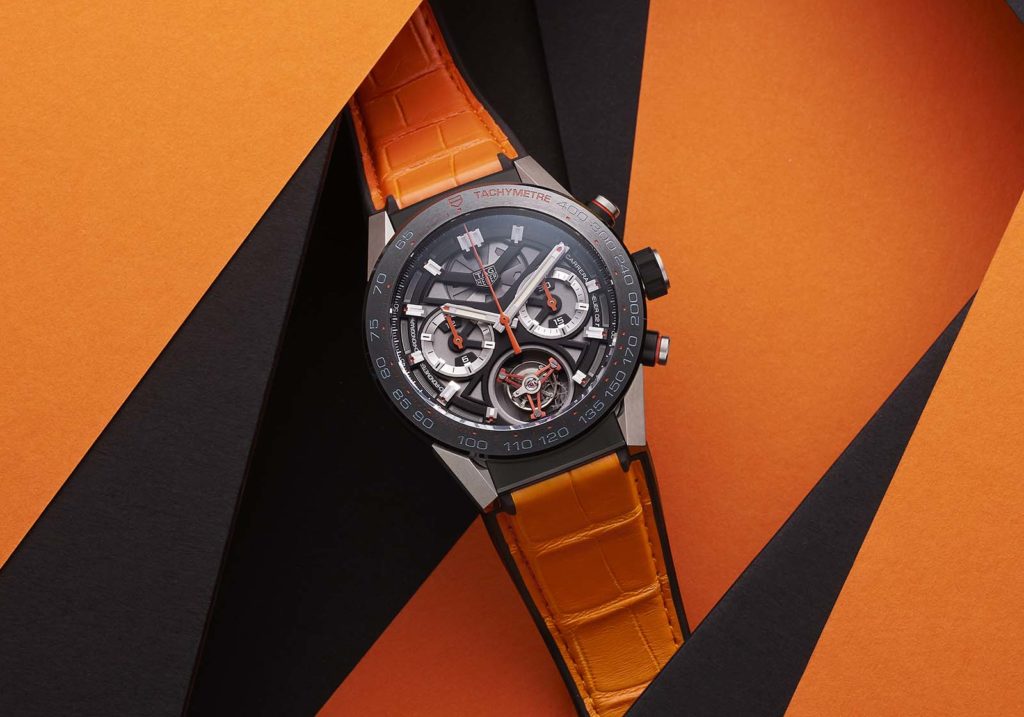 For that price, you get the Calibre Heuer 02T movement (which is technically no different from the standard version save for the orange carriage top) which I’ve just described inside a high tech case which measures at 45mm x 16.4mm. That also provides a 65-hour power reserve, and the watch is automatic winding, making it a bit of a bargain for the budding horology enthusiast. It also ticks the exclusivity box, too. As well as being sold online only, there are just ten examples up for grabs, so go and get yours now.