HYT watches has never been known to conform to the norm with their liquid filled pieces and I for one am a big fan of theirs since their first release in 2012 with the H1 wowing the horology world. Now after weeks of sneak pictures from them they have released the first of their 2015 pieces (more to follow I’m told), the HYT skull. 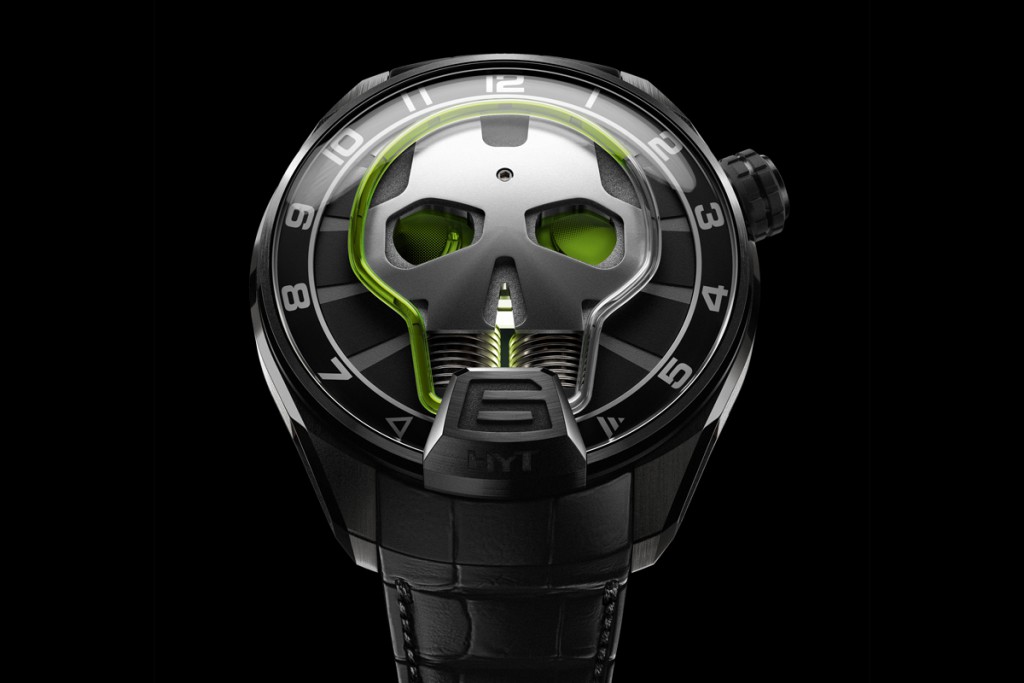 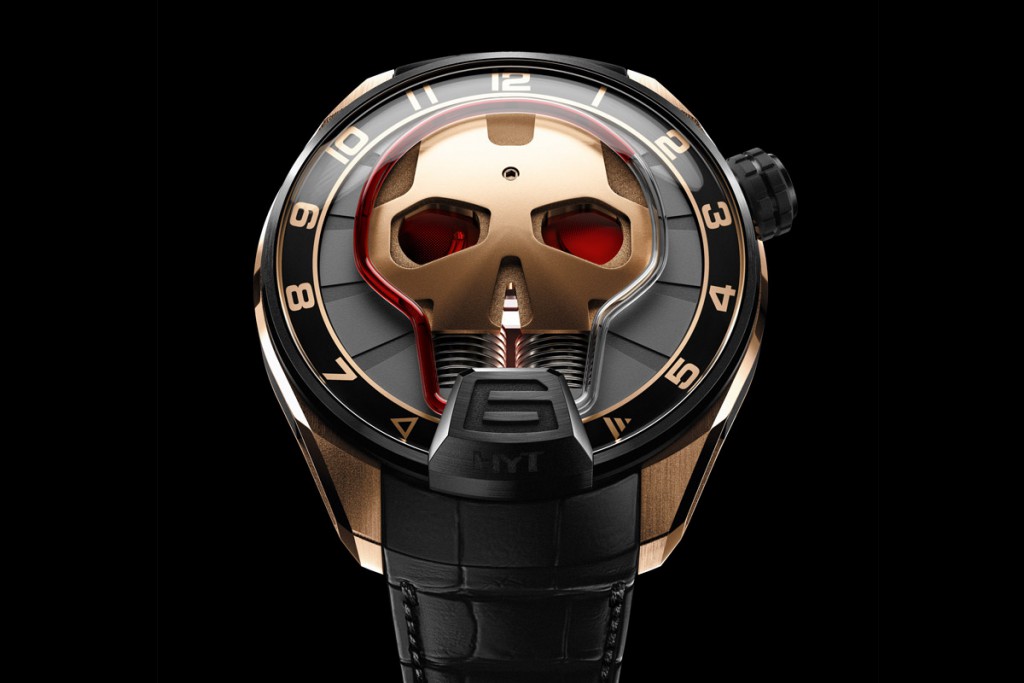 I’m sure some of you will look at this and think it’s a novelty piece which it is, but also look at it as a single handed watch and then you will see that it actually works. The case on the skull is brushed with polished bevelled angles on the sides and lugs, case size is even bigger than the H1 coming in at 51mm which does seem on the large side but only a test on-wrist will tell whether it wears large or not. The shape of the case is slightly different which I’m glad of as prefer new pieces to be totally fresh as opposed to re-using existing an existing design. The crown is still at 2.30 but the crown guard has been removed, also the lugs are now integrated into the case bands to give a cleaner design feel. 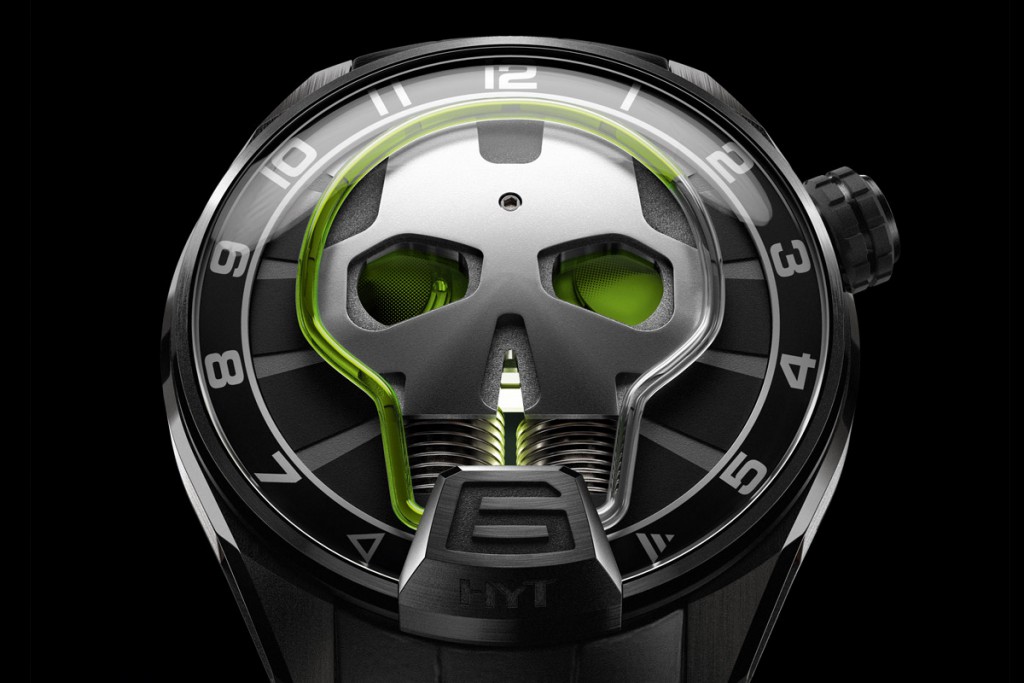 The hours are marked around the outside of the dial with the green or red liquid following the contours of the skull, given the complexity of the angles some near to 90 degrees this is quite an achievement for HYT. Only the hour markers  show the time which means the wearer will never be able to tell the exact time but probably down to within 10 minutes or so. But that doesn’t mean it’s pointless as with a piece like this it’s more about fun than perfect time keeping. Whereas the H1 had its pistons on full view the skull gives you only a sneak peek at them through a small aperture where the jaw would be. 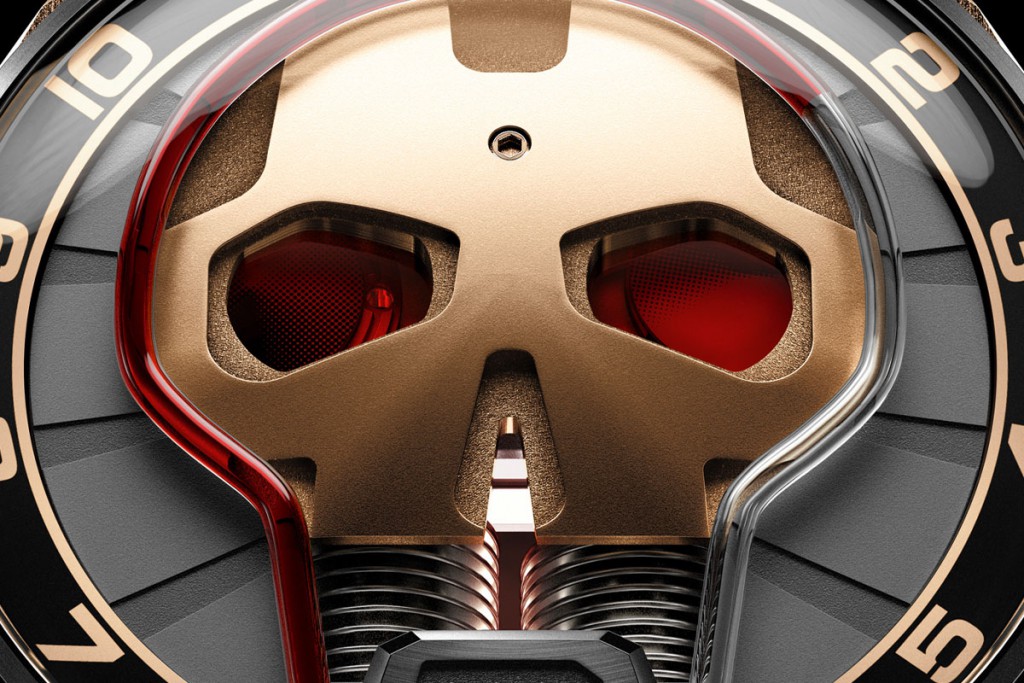 With HYT taking everything bar the hours from the dial their next conundrum was where to have power reserve and seconds indicators as not to spoil the look, so why not put it in the eyes. The right eye is the power reserve using a number of slightly different translucent inserts that gradually darkens as the piece runs close to its 65 hour reserve. The left eye hides a continuously rotating seconds indicator that’s barely noticeable. 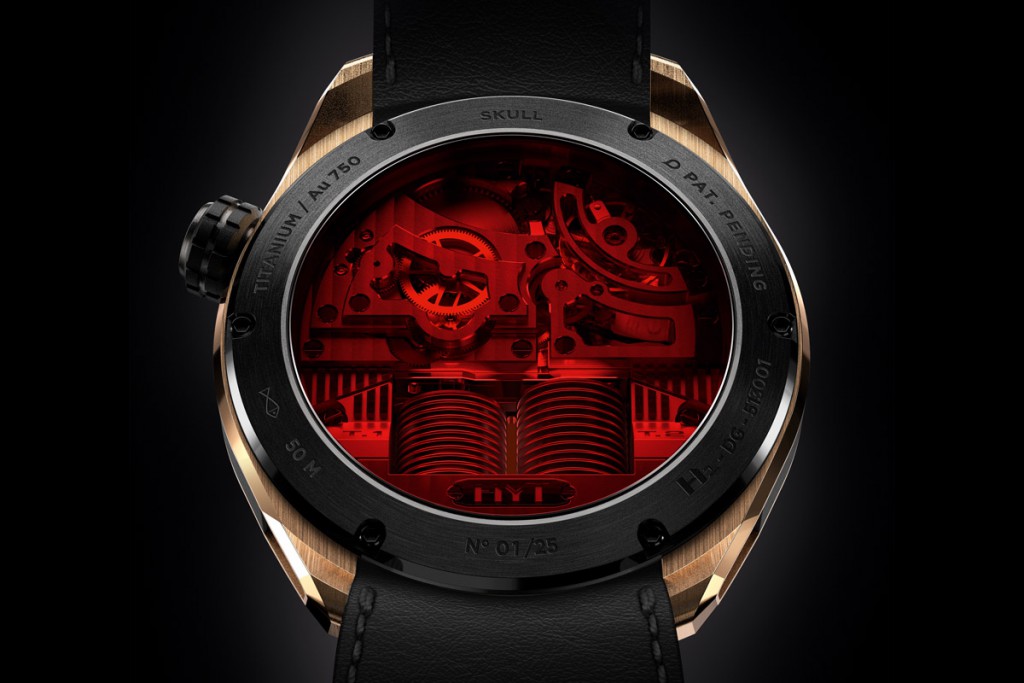 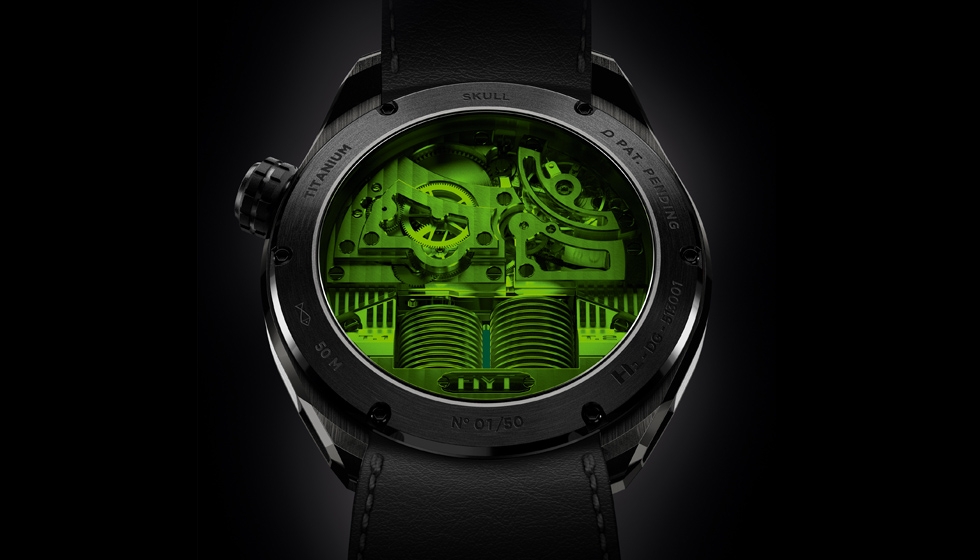 Turning the piece over you are greeted with an exhibition case back with a difference in that the crystal is tinted with either red or green. Through it you find the same dual-construction movement from the H1 with the horological module on the top and the fluid module on the bottom.

Both are very limited editions with only 50 skull green eye and 25 skull red eye available, there are no prices published yet but likely to be in the region of $50-$60,000 mark.

Personally I am a big fan of HYT, and I do like the skull with its impractical looks, the time reading approximately instead of not exactly. That’s the reason why I like HYT, they do it their way and only their way with no conforming to the masses. Yes it’s totally mad and extreme in its design but that’s why I like it. For more info, please visit hytwatches.com