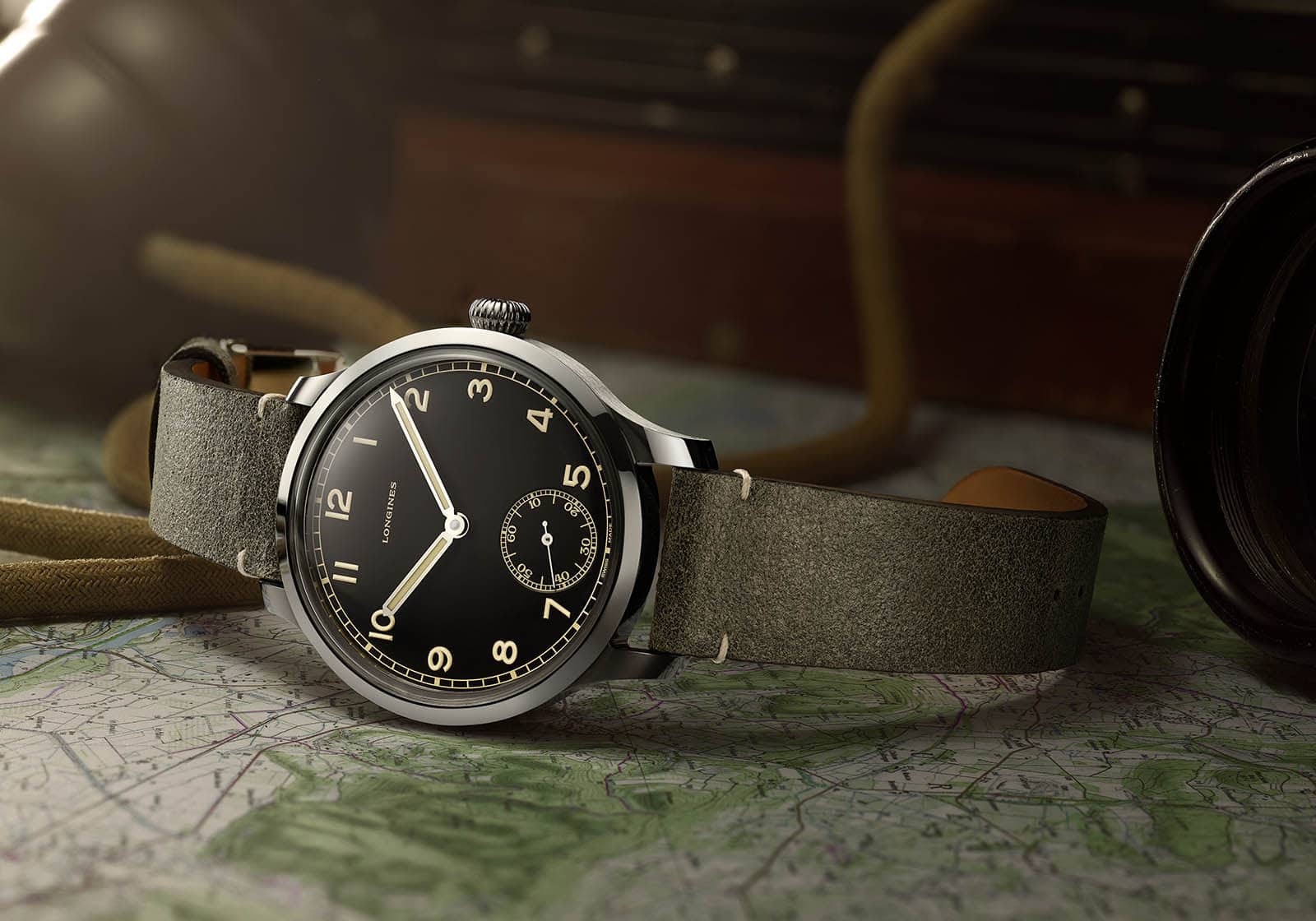 As I’ve said before, Longines is one of the best brands when it comes to re-issuing old watches to the new market. Some brands like to delve into the archives and find a design they can work on and modernise, and in doing so, they remove the charm of the original work. Whether it’s through the romance of the name or the skill of the staff, Longines can repurpose designs while being respectful of their heritage. They can make an old watch design look brand new, and the new Heritage Military 1938 is a good example of this. 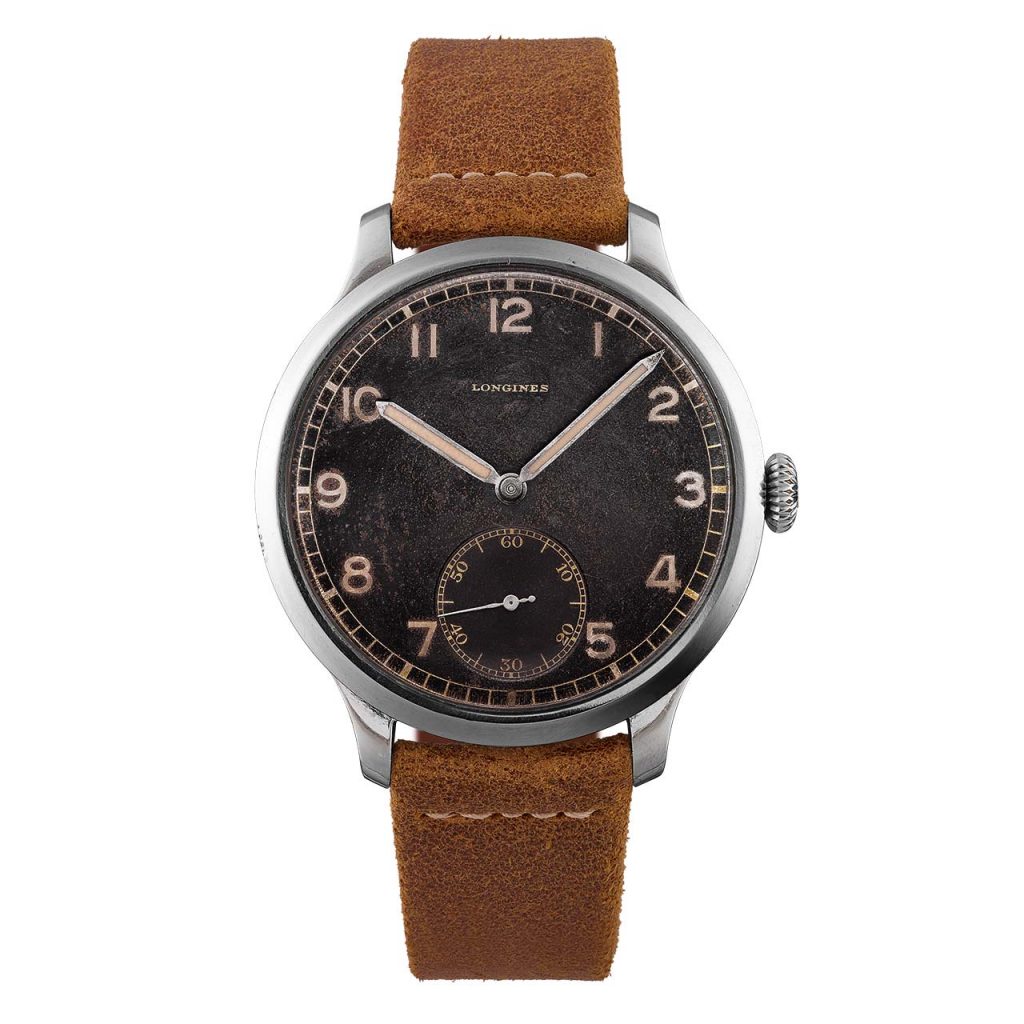 The original Longines model produced in 1938

Longines has made this limited edition example scream vintage right down to the smallest details such as the font on the sub-seconds dial. The printing of the Longines logo is the same as on the original, no corporate slogans or wing images here, just the word ‘Longines’ printed in block capitals. The numerals around the outside of the large dial are relatively small, too, rather than use larger ones to make the watch seem bigger they kept the original size ones and the train track style seconds markers. The hands are also the same, with simple, lume filled, hands making the dial seem crisp and sharp. The only real touch of modern watchmaking is the ‘fauxtina’ lume, which has been coloured to look like it has developed a patina. They refrained from putting a date on it, which is nice. 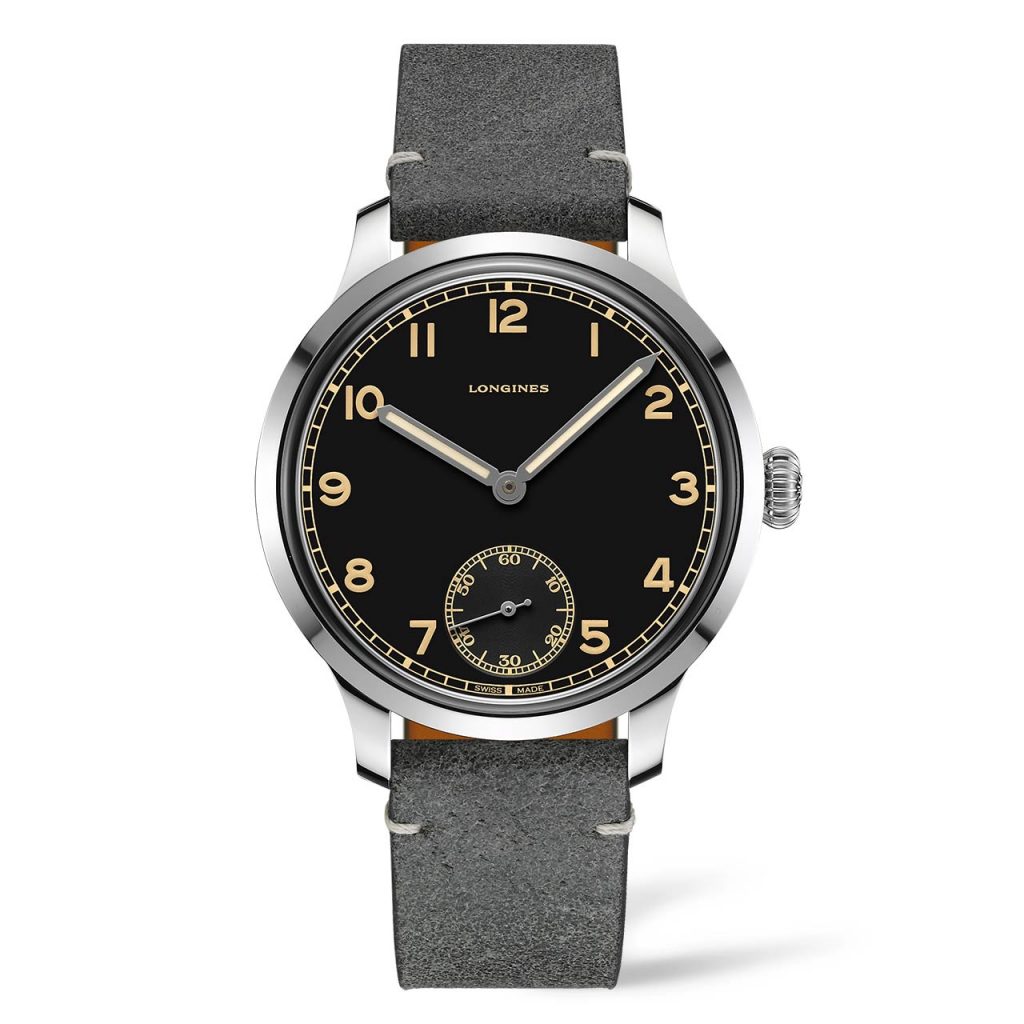 The original 1938 model was a manually wound wristwatch, as they nearly all were back in the day. As such, Longines has put in a manually wound movement, the calibre ETA Unitas 6498/2. This calibre beats at 3 Hz and is suitable for 53 hours of running time in between winding sessions. It’s also durable and easy to work on, and large too. The sub seconds are placed in the same position on the dial as they were on the original, and the case is 43mm in diameter. So there’s quite a significant movement inside the case to put it all in the right place.

This watch comes with a grey leather strap and a cognac colour NATO strap as well, it’s limited to 1938 examples, a reference to the year of the original, and it will cost $2600.