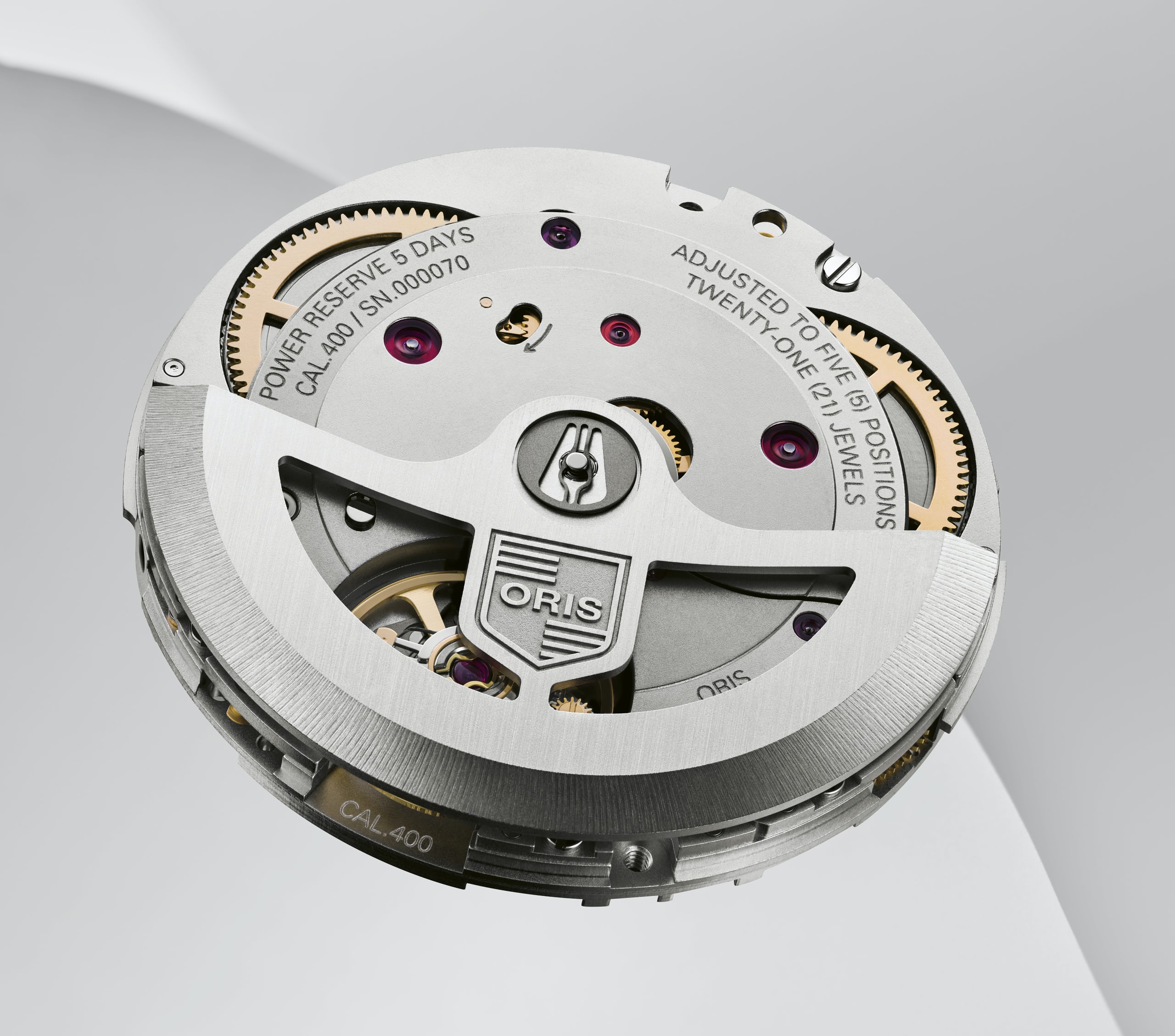 A new in-house movement from Oris that is ready to set a new standard.

2020 has been quite a year for Oris. While most watch brands were forced to keep their ambitious plans at bay, courtesy of the coronavirus pandemic, Oris, has somehow managed to keep its spirits high. Not only has Oris been able to churn out some cool pieces such as the Oris Pointer Date Roberto Clemente Limited Edition and the Oris Aquis Hangang Limited Edition, but it has also now surprised the watch fraternity with the announcement of the brand new in-house Oris Calibre 400.

Oris is not a newcomer to the arena of in-house movements. While the brand is well-known for producing value-oriented ETA/ Sellita based mechanical timepieces, it offers quite a few high-end watches that are powered by the brand’s in-house calibers 110, 111, 113, and 114. Each movement offers a different set of complications, but, all of them are hand-wound and offer a staggering power reserve of 10 days alongside other innovative features. And while the movements offer great technical specifications, the watches equipped with these movements are priced significantly higher compared to the brand’s regular offerings, which as per me, is one of the gaps that the Caliber 400 has been designed to bridge. So, without further ado, let’s look at what the Oris Calibre 400 brings to the table. 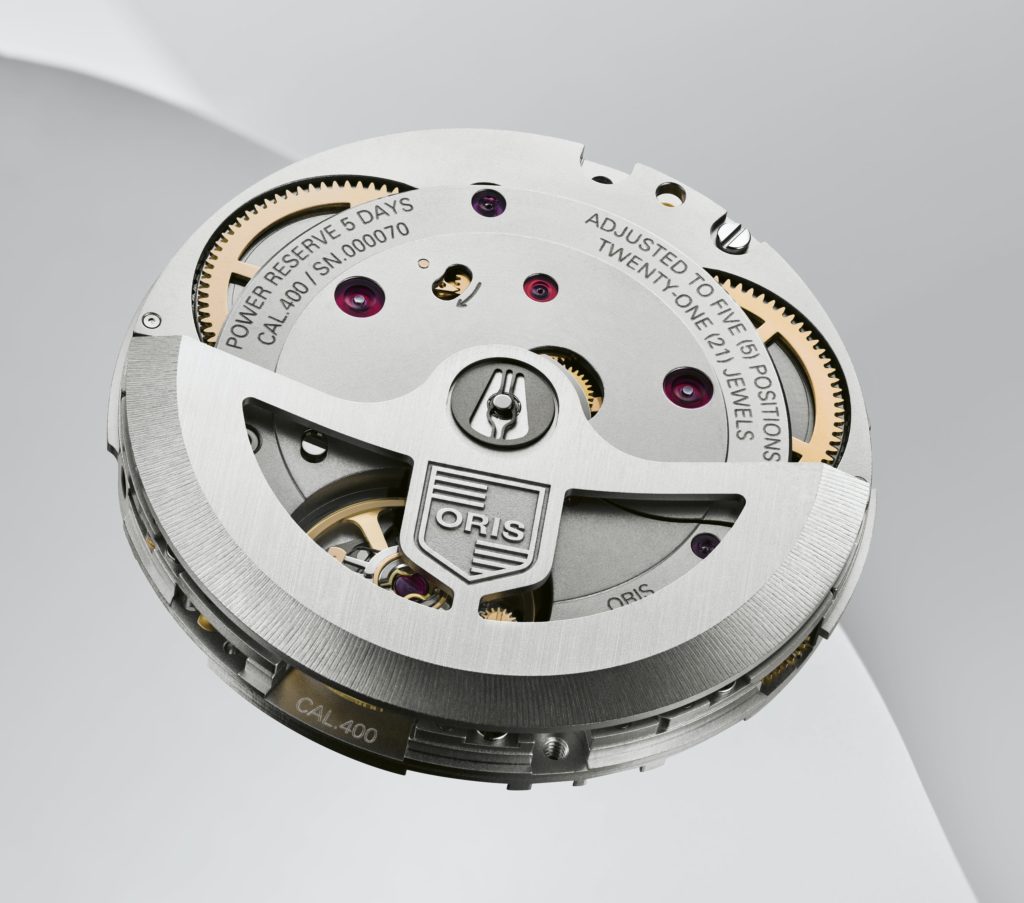 The new Oris Calibre 400 is a self-winding movement with a date complication that operates at a frequency of 4Hz, comprises 21 jewels, and offer a healthy power reserve of 120 hours using two barrels. On the decoration front, the Calibre 400 bears a clean and attractive industrial look and features a skeletonized rotor with a deeply embossed Oris logo. But more than the specifications and aesthetics, listed below are a few technical refinements and other benefits that make this movement special.

A new take on winding

As per the engineers at Oris, one of the biggest areas of concern in most automatic movements is the ball bearing mechanism that is responsible for the smooth spinning of the rotor. To ensure that the Calibre 400 is bereft of such issues, the folks at Oris have replaced the ball-bearing system with a simpler and more efficient low-friction slide bearing system wherein a metal stud runs through a lubricated sleeve, making it less prone to wear and tear.

Magnetic fields are one of the biggest enemies of a mechanical movement and as a part of today’s gadget-savvy world, we are almost always surrounded by strong magnetic forces. So, to ensure its smooth and accurate functioning, the Caliber 400 has been equipped with more than 30 non-ferrous and anti-magnetic components which include a silicon escapement wheel and anchor. To put things in perspective, the Calibre 400 showed a deviation of fewer than 10 seconds in a day when exposed to magnetic fields measuring 2,250 gauss, which is well below the 30 seconds a day maximum deviation allowed per the ISO 764 standard for anti-magnetic watches. 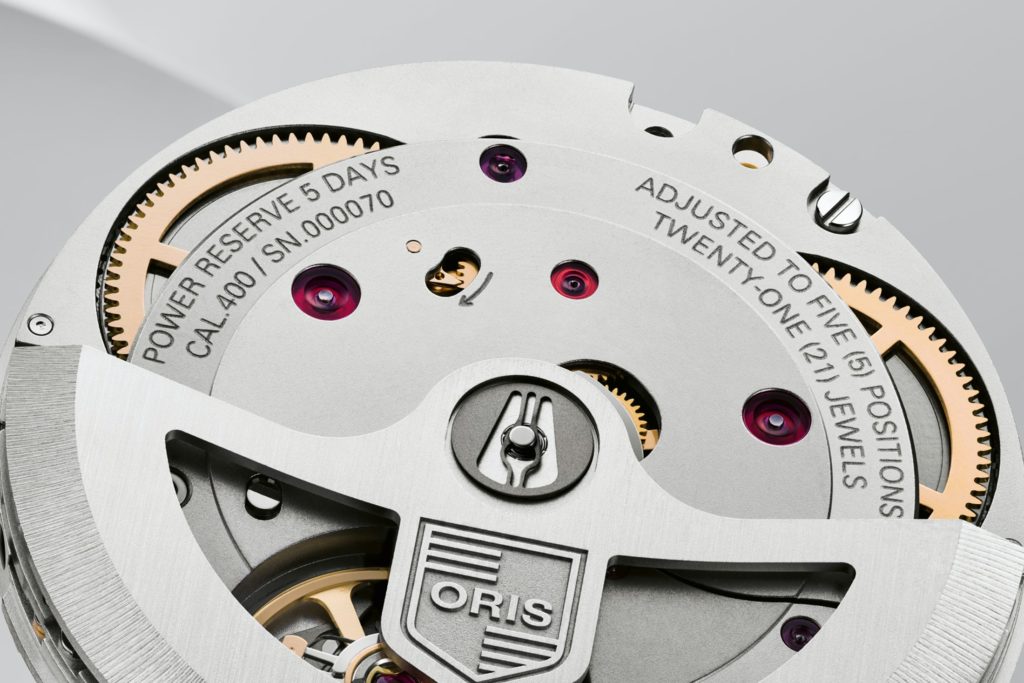 Given the technological advancements and the use of high-quality components, Oris is offering an industry-leading warranty of 10 years on the Calibre 400. Furthermore, the brand is also recommending that watches equipped with this new caliber would not need to visit a service center for a regular service before 10 years from the date of purchase.

And while Oris would be answering these questions soon, we would love to see what our audience thinks about the new Calibre 400 in the comments section below.