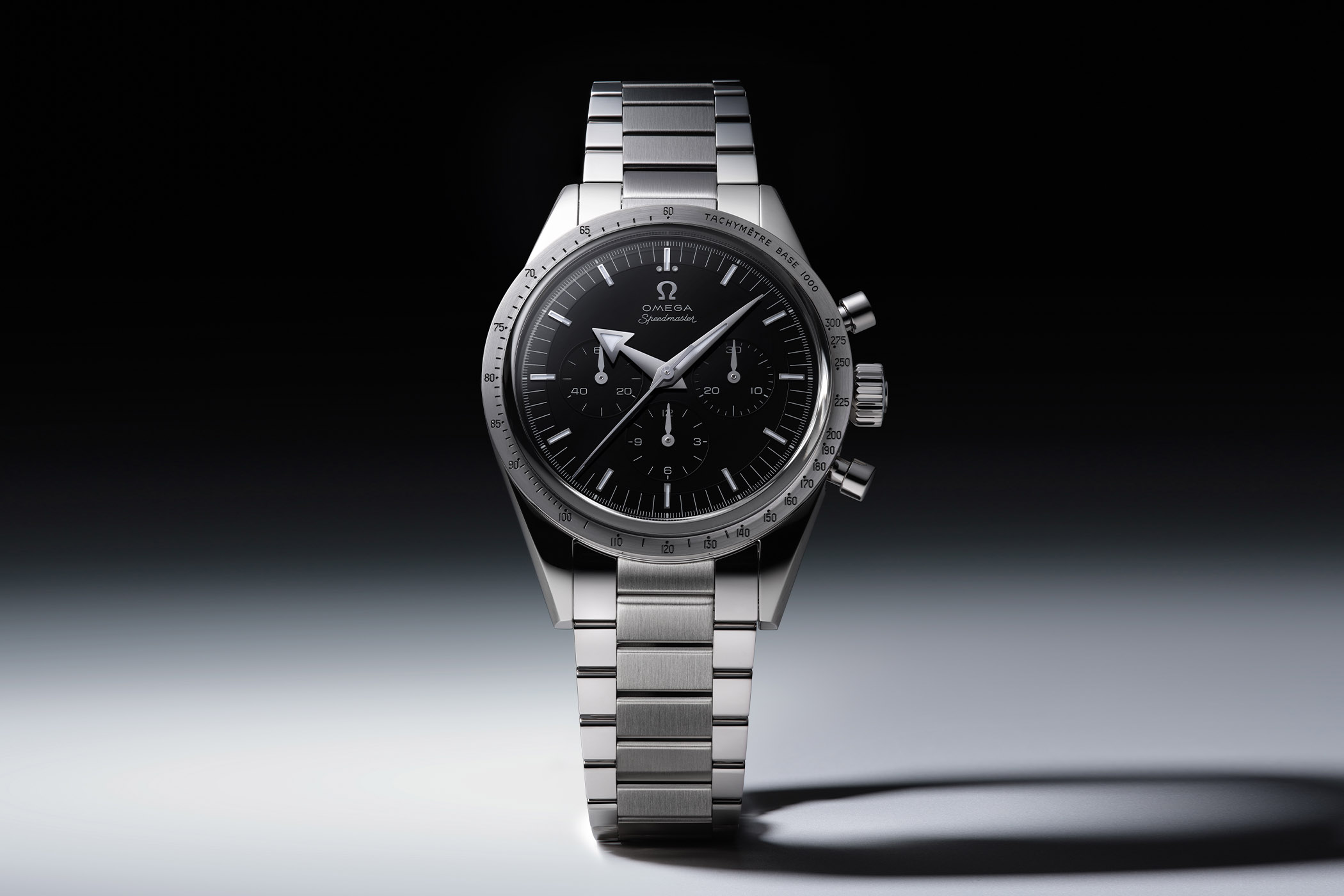 2022 kicks off with a luxurious white gold Speedmaster that’s faithful to the 1957 original.

In many ways, the Speedmaster defines Omega. It’s the brand’s most popular and famous model, which launched in 1957 and subsequently became a legend as the first watch worn on the moon (model ST 105.012). A legendary watch needs a legendary movement, and this new one has that in spades. Relaunched in 2019, the Caliber 321 first appeared in 1942 and powered the original 1957 Speedmaster (CK2915-1). The column-wheel chronograph became the base movement for Patek Philippe, Vacheron Constantin and other high-end models, and its reintroduction is a boon for Omega fans and collectors. 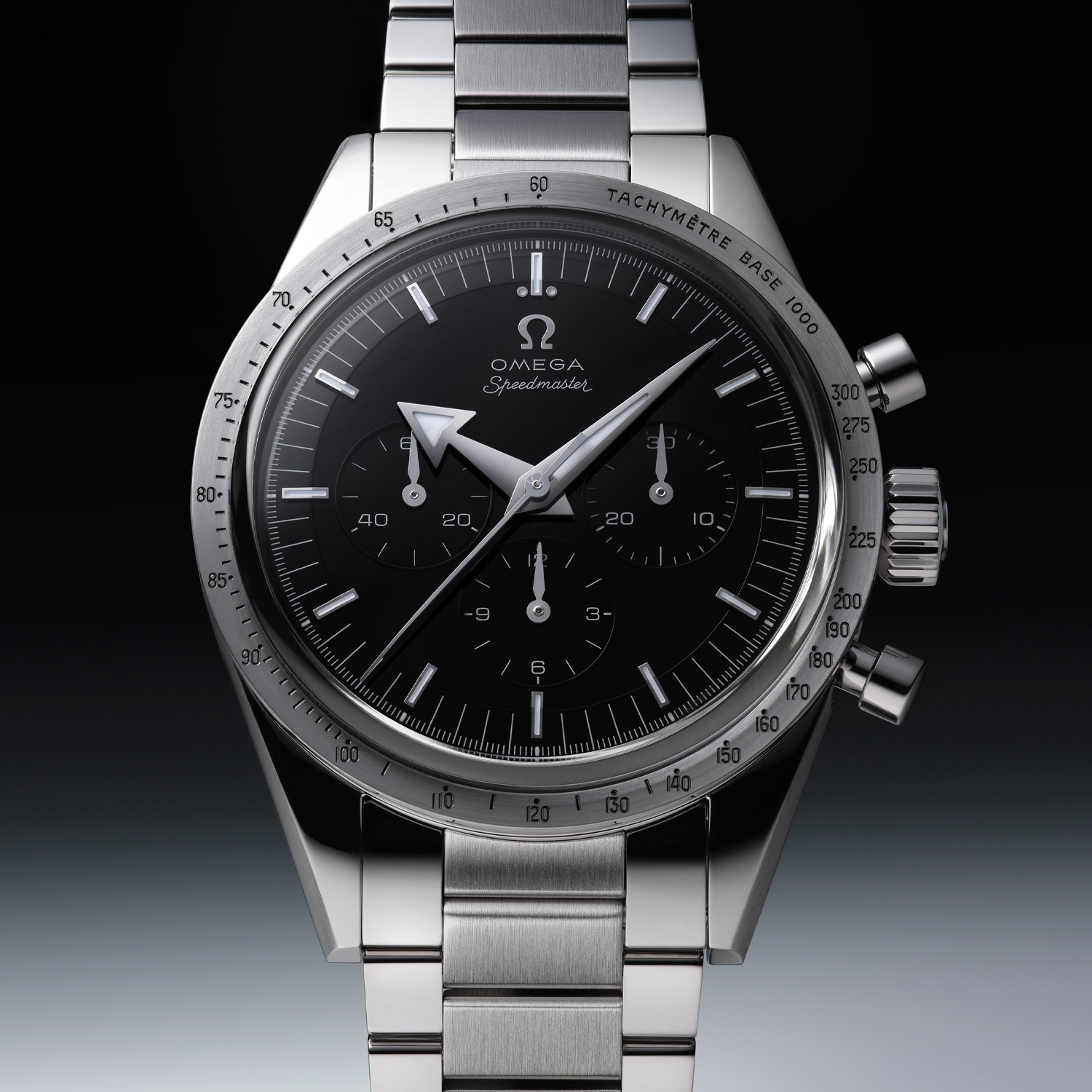 The new Speedmaster marks the 65th anniversary of the series and is faithful in design to the 1957 original. The 38.6mm diameter matches that first model (thickness is around 14mm), but the material has been upgraded from steel to 18k Canopus Gold, which is Omega’s own white gold alloy with enhanced durability and brilliance (Sedna Gold is the brand’s proprietary red gold alloy). A combination of brushed and polished surfaces is classic Speedmaster, along with the tachymeter on the bezel, which was a first with the 1957 Speedmaster. The bezel scale is filled with black grand feu enamel and features historical touches – the dot over ninety (DON) and dot diagonal to seventy. There are classic pushers at 2 and 4 o’clock, and the crown has a NAIAD symbol that was originally used to confirm water resistance (60 meters in this case). The crystal is sapphire, a modern upgrade but close in appearance to Hesalite, and the sapphire exhibition case back displays the star of the show. 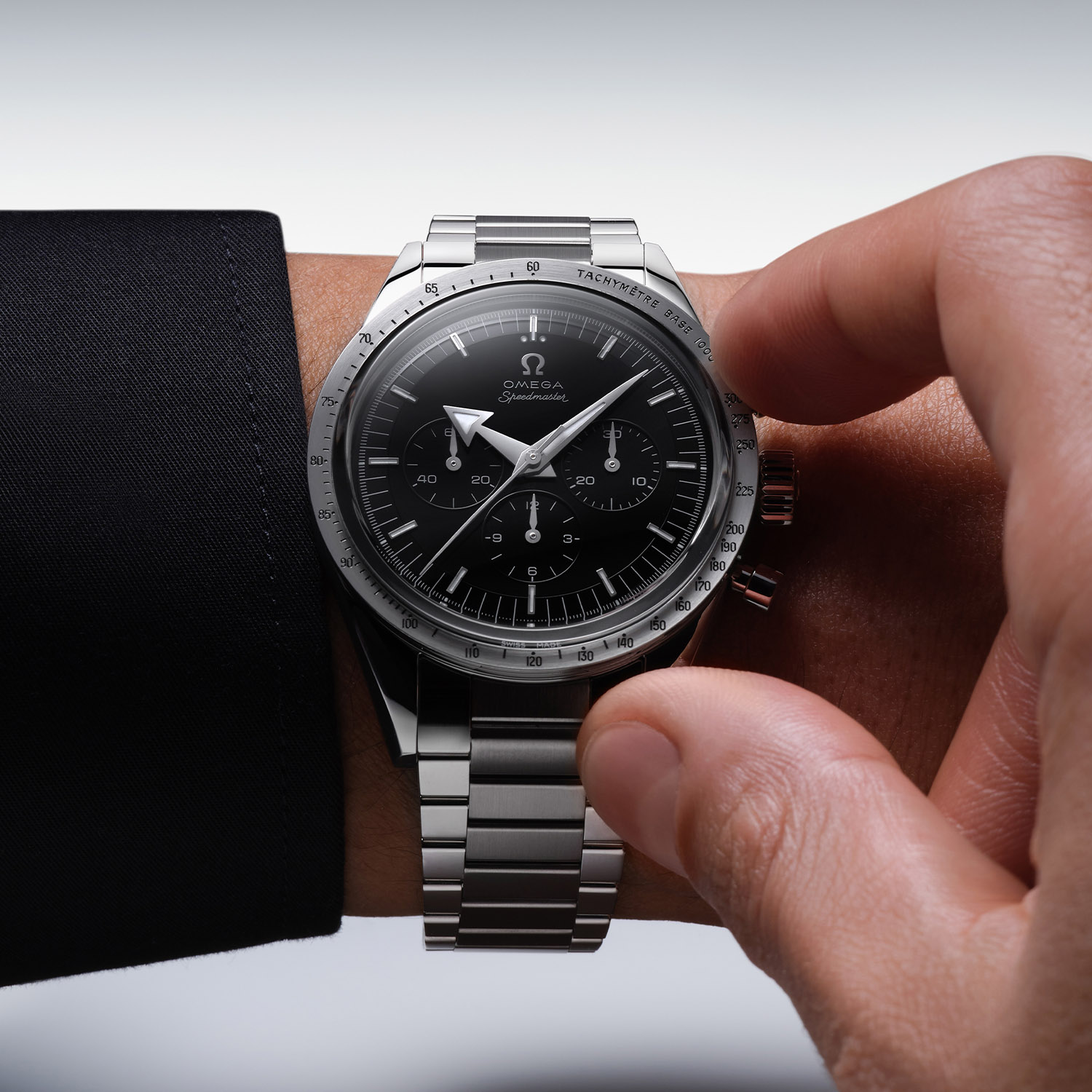 The dial is very similar to the 1957 model, replacing the colored lume on the indices and hands with white for a monochromatic aesthetic. Everything else is faithful, although the dial is a glossy black Onyx that’s well above the original. Three recessed sub-dials at 3, 6 and 9 o’clock (30-minute counter, 12-hour counter and small seconds, respectively) and classic arrow hands are spot on, but the hands and indices are now white gold with a Canopus Gold PVD coating. A retro Omega logo is applied to match the period correct typography, which includes an oval O that was seen on the CK2915 model. 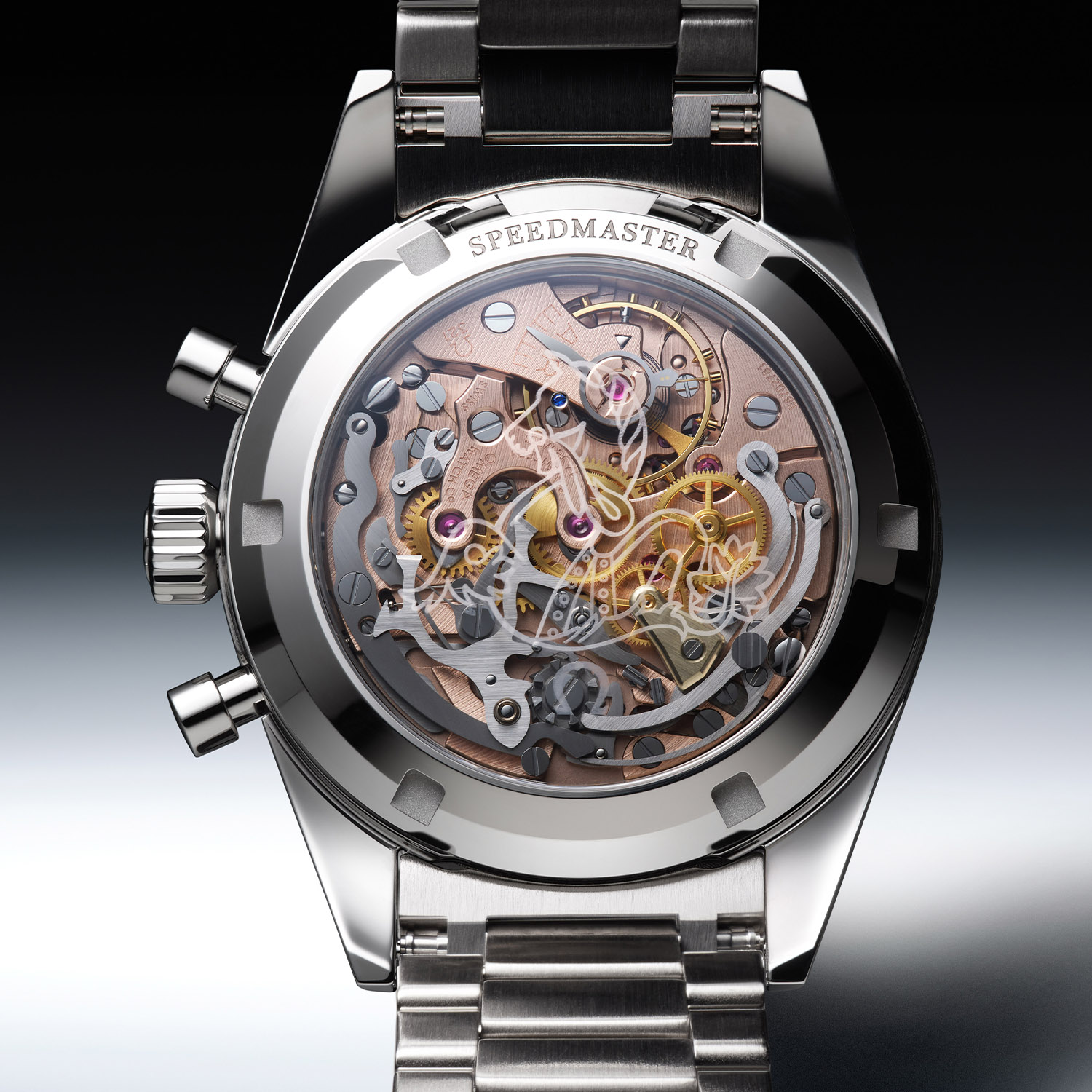 Turn the watch over and the party really starts. The sapphire window is engraved with the Omega Seahorse on the underside with an eye made from a sparkling blue sapphire. This jewel traditionally marks a 65-year celebration. The Caliber 321 is on full display and finished with an 18K Sedna Gold PVD coating. It’s very faithful in appearance and construction to the original with a horizontal clutch and column wheel, 18,000vph (2.5Hz), 17 jewels and a 55-hour power reserve. Each one is assembled by the same watchmaker as well.