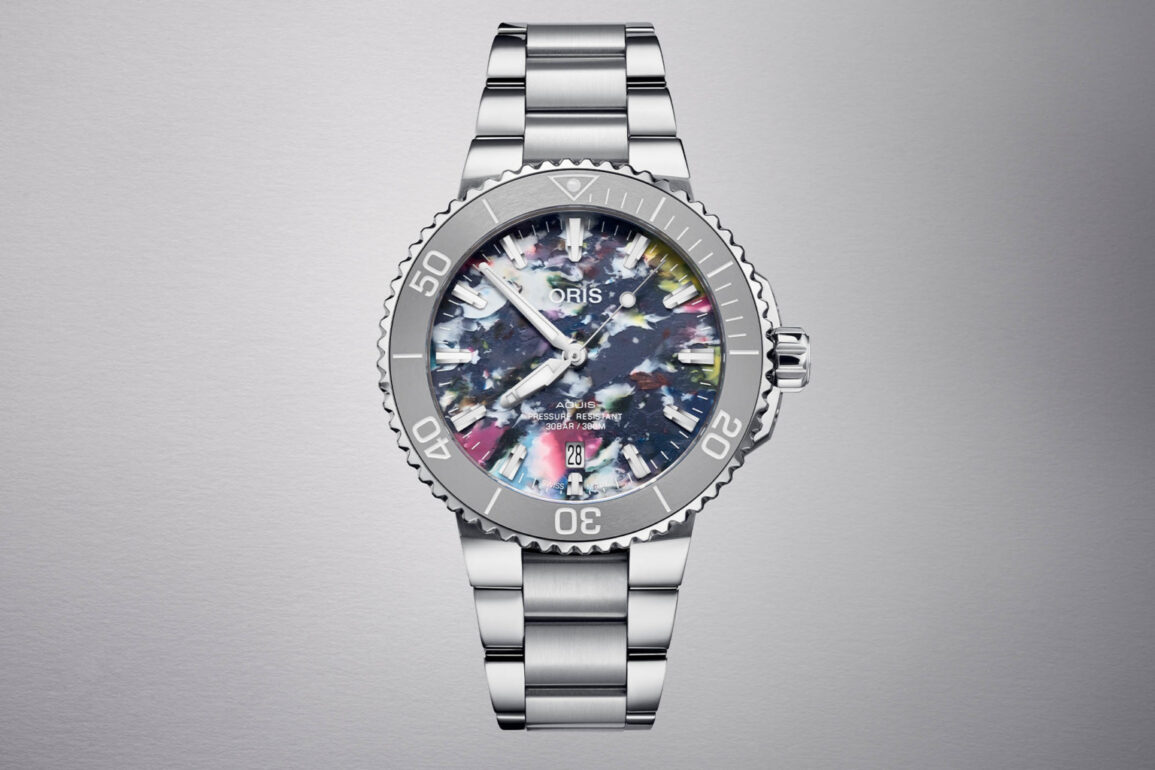 Television has played host to many events that had the world’s attention since its inception from events such as the broadcasting of Queen Elizabeth II’s coronation, the Vietnam War & Live Aid 1985. One of the most recent televisual productions that caught the attention of everyone was David Attenborough’s Blue Planet II(2017). The final episode, titled Our Blue Planet, showed the heartbreaking effect that humanity’s actions have on aquatic life. More specifically, our use of plastics was the focus of the episode. Unless designed to, plastic does not biodegrade. It is used in every product imaginable, so much so that the International Union for the Conservation of Nature (IUCN) estimates that at least eight million tons of plastic end their journey in the oceans of our world every year and make up 80% of all marine debris from the surface to the ocean floor. 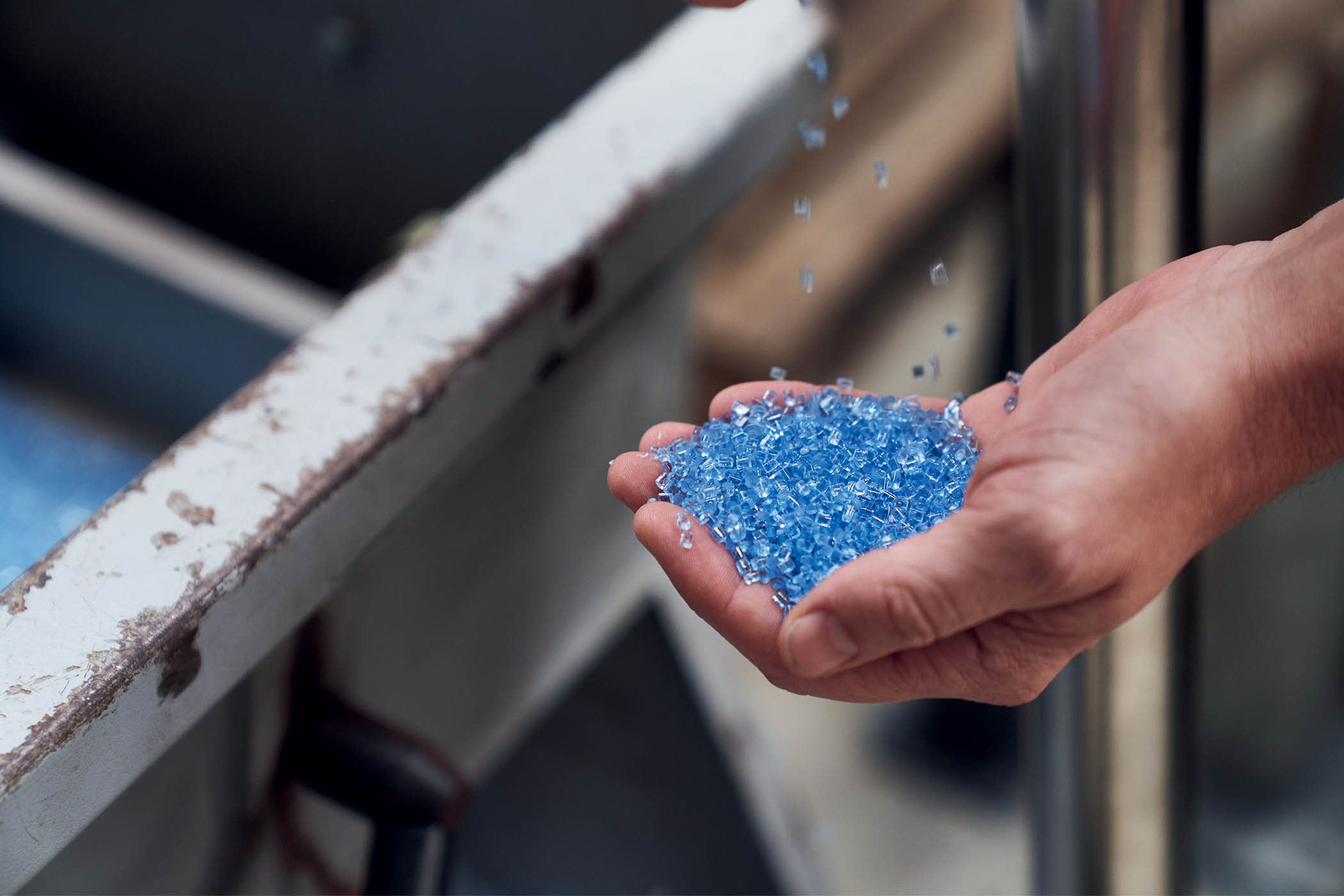 An alarming statistic indeed. Watchmakers have been aware of this for some time, and some of them have started issuing a response in their own way. Usually, they recycle plastic collected from the oceans into a sellable product, as is the case with Oris and their new Oris Aquis Date Upcycle. Oris is a carbon-neutral company certified by ClimatePartner, which means Oris offsets the carbon dioxide it produces. Specifically, Oris has offset over 2500 tons of CO2 produced with its Clean Oceans Project. 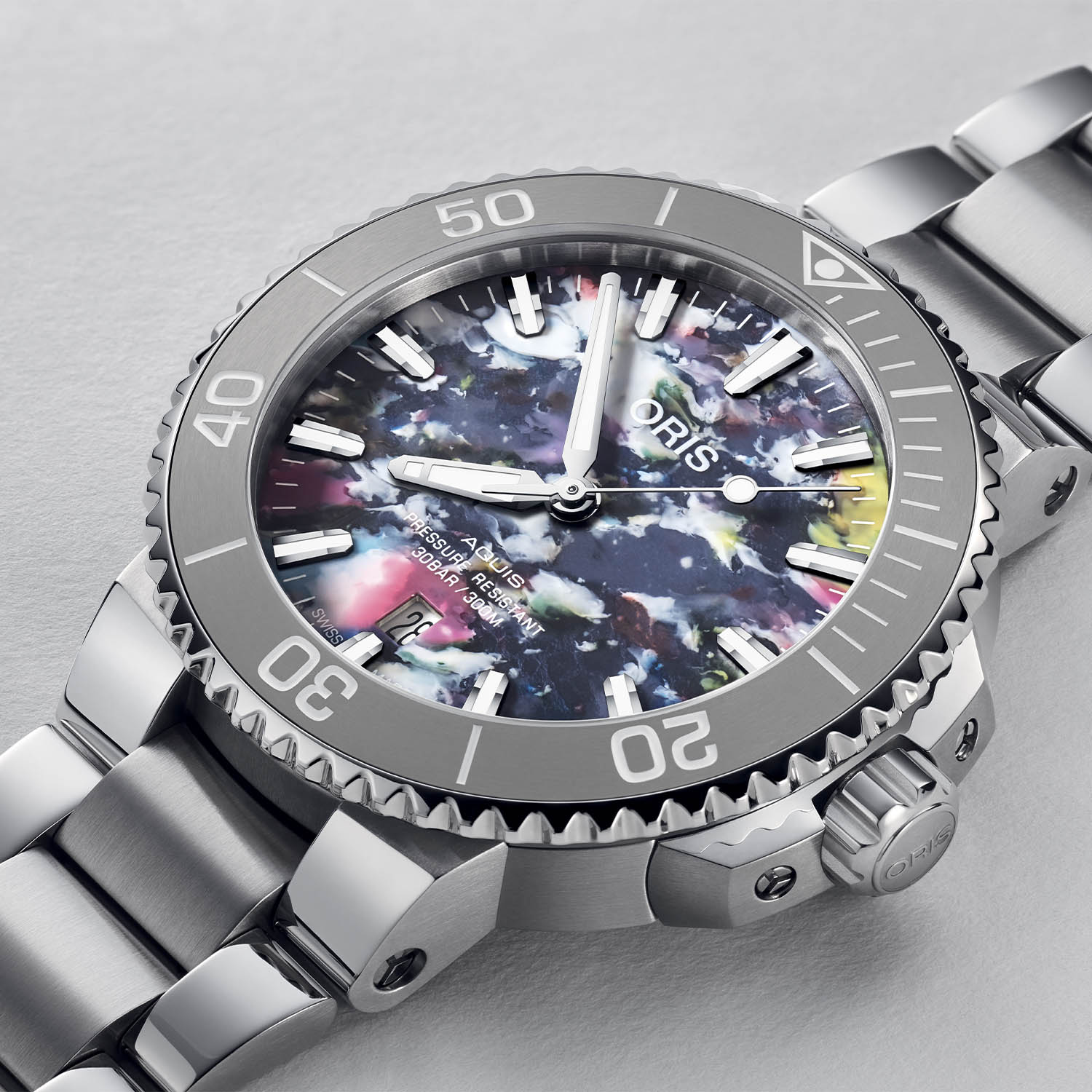 Its new watches capitalise on this. They’re based on the standard Aquis Date watch but have dials made from bits of ocean plastic that have been mulched, treated, and then fashioned into watch dials. Therefore, each one is unique to the watch, as it’s impossible to control the randomness of the fibres. It’s not the most extreme solution to the problem of ocean plastics, though. Both Alpina and Ulysse Nardin have started producing entire watches from recovered ocean plastics, whereas the case and bracelets are conventional stainless steel in Oris’ case, but it’s a step in the right direction. You do get a choice, though, of either 36.5mm or 41.5mm.

That leaves you with a chunky but handsome (like me!) case with a unidirectional diving bezel, part polished/part brushed appearance and water resistance of 300m. There’s also SuperLumiNova on the dial. I’d wait to see one of these in person before you place judgement on legibility. It looks completely unreadable in the press photos, but you really need to wait to get one in-person to see whether the depth makes it easier to read. 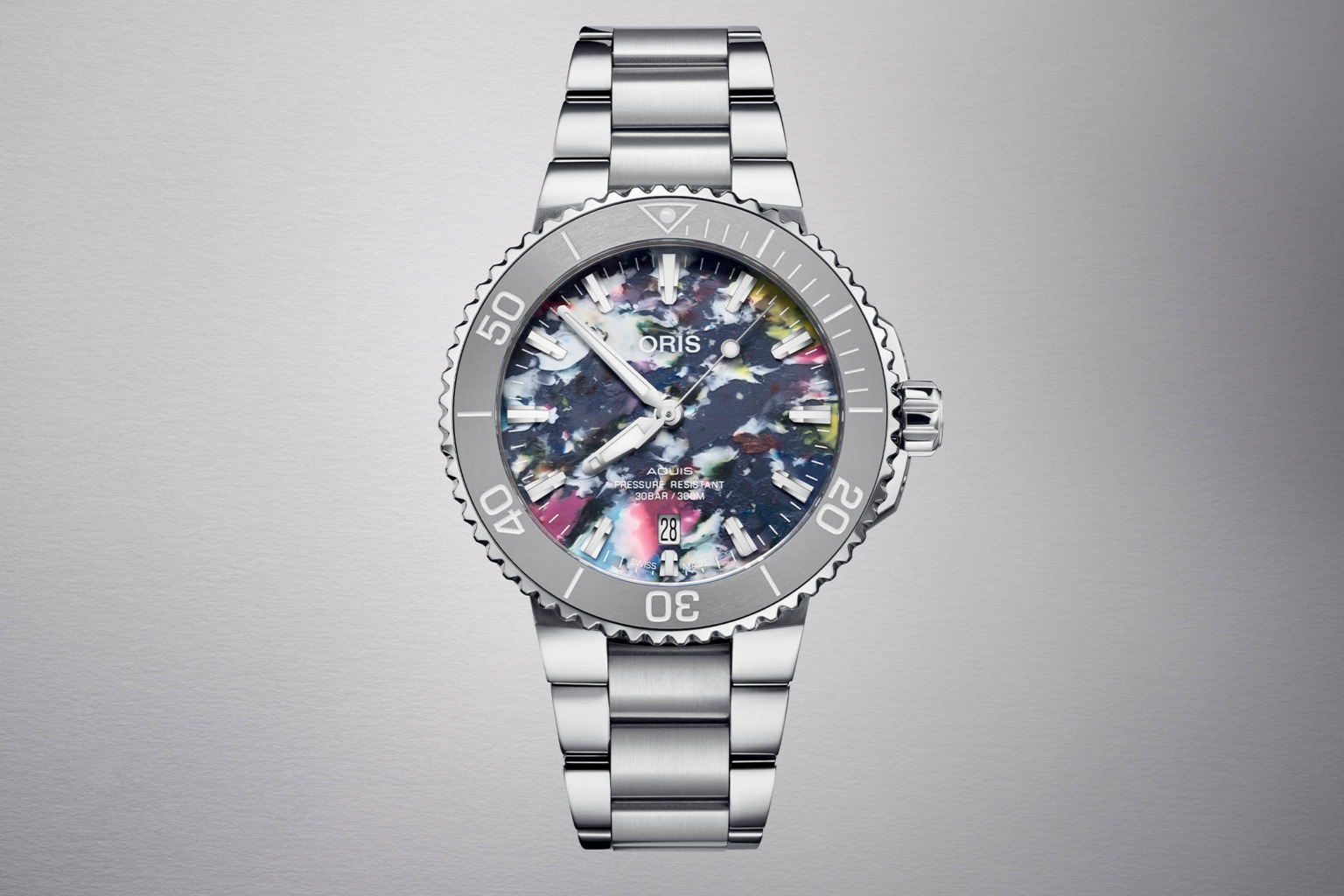 Inside is the Sellita SW 200-1-based Oris calibre 733. It’s automatically wound and has a 4Hz beat rate which is suitable for 38 hours of run time.

Neither of these watches is a limited edition piece, and the price is the same at CHF2,100 regardless of whether you go for the smaller or larger version.