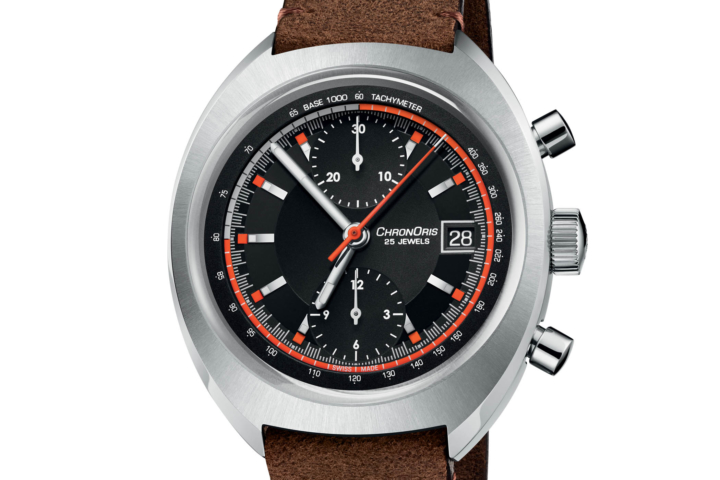 A few years back, Oris started releasing vintage pieces in its collections. One particular piece is the Divers Sixty Five collection. Most releases refer to a particular inspiration such as the pilot’s watches inspired by the 1940s and the motorsport collection inspired by the 1970s. To keep up with this trend, the brand simply uses the colors of a certain era which is evident on the new model of the Oris Chronoris Limited Edition. 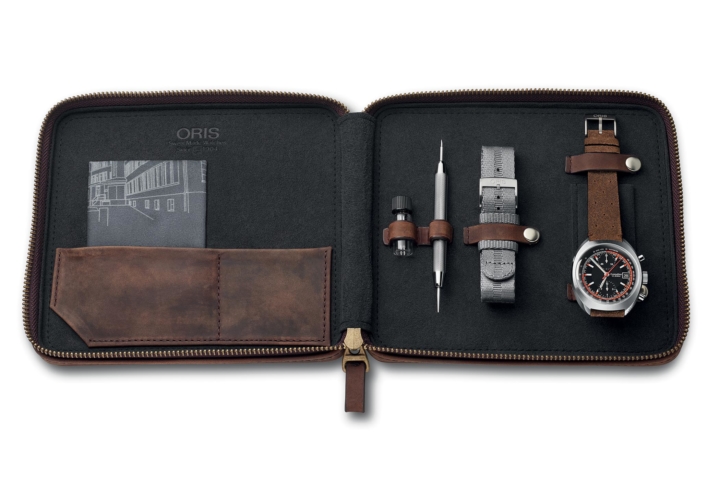 For a bit of trivia, Oris released its first chronograph in the 1970s and for a brand founded in 1904, this was a bit late. So to gain the attention of the public, the brand took the motorsports inspiration of the era which was very cool then. The ovoid-shaped case with integrated lugs was completely “en vogue” at that time and it showcased the popular colors of the era which is a black dial with bright orange accents. The robustness of the watch was impressive. However, a few years later, its production stopped due to the quartz crisis and the watch is only recently revived in 2005. Oris also started developing more watches of this trend from time-and-date versions to the limited editions dedicated to the Oris x Williams F1 partnership. So without further ado, here is the Chronoris Limited Edition that continues this fantastic trend. 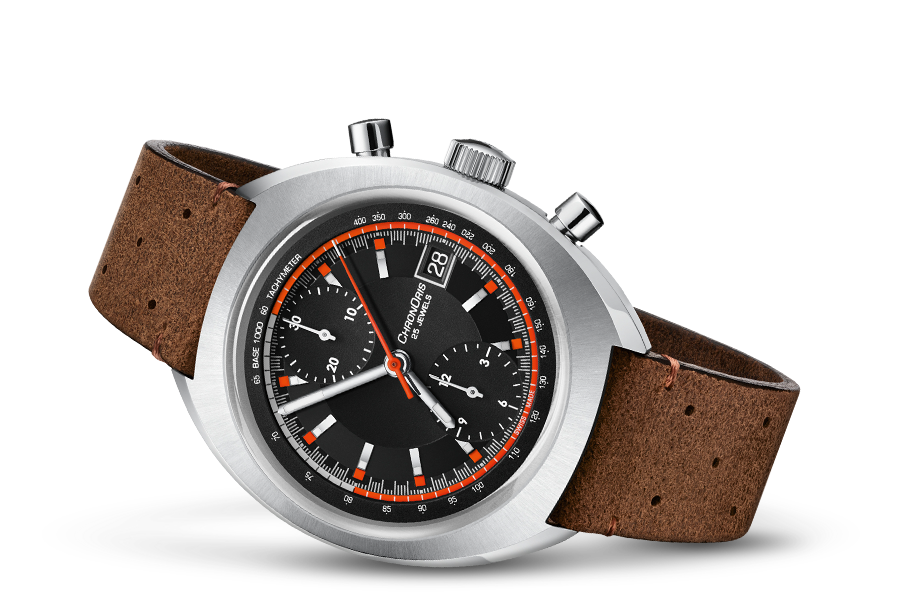 The new Oris Chronoris Limited Edition watch is a true Chronoris in a sense that it features a robust, masculine watch with a highly 1970s case which are known to be bulky and heavy however, Oris decided to keep it at 40 mm case which is not a bad idea at all. The steel case is also finished with brushed sunray and polished surfaces. 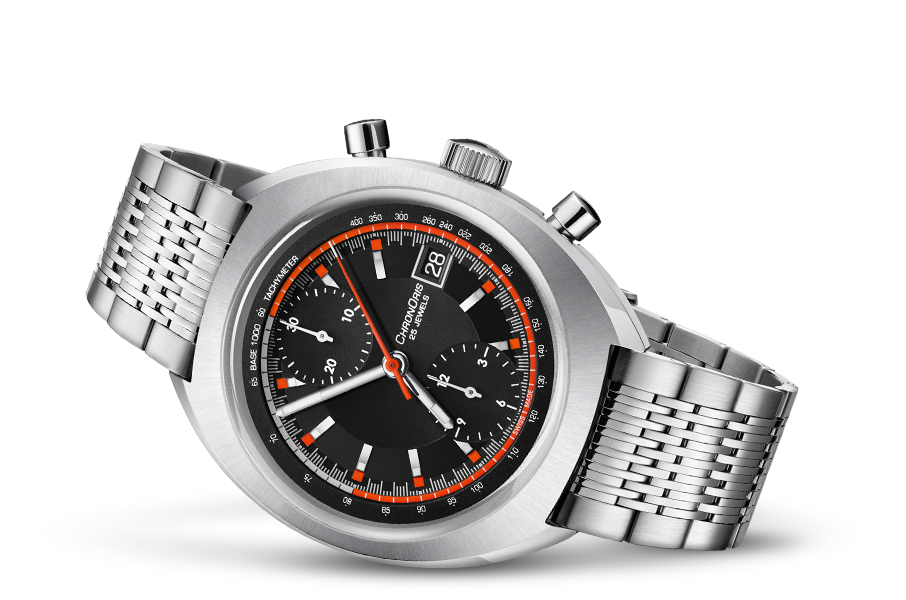 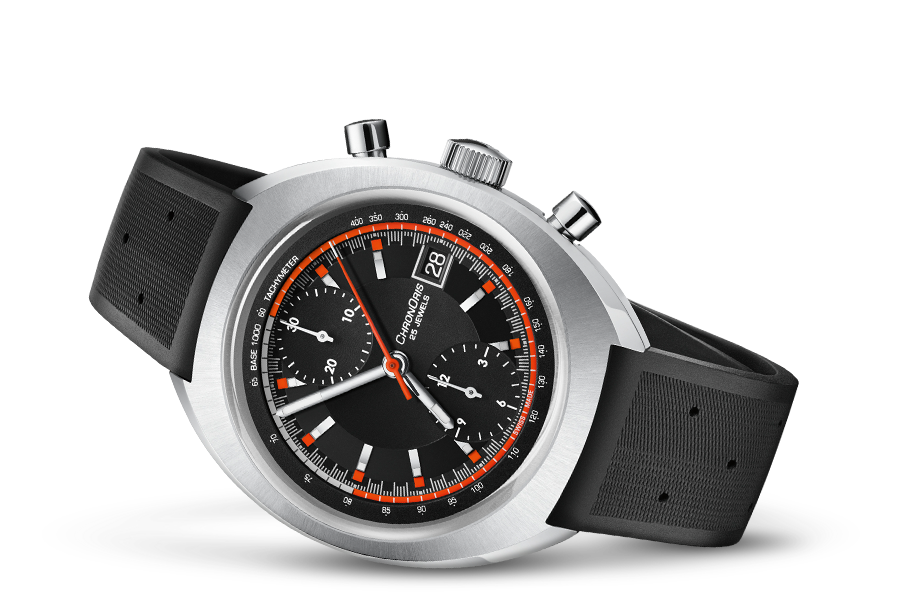 The watch wears on a perforated brown leather strap, black rubber, or a steel bracelet. A special leather pouch and an additional grey NATO strap also comes with the purchase.

Moving on to the dial, it features the same layout as the Williams 40th anniversary model that includes a chronograph with vertically arranged 30 minute and 12 hour counters and no small seconds. The date is located at the traditional 3 o’clock framed by a white line reminiscing the 1970s model. The dial is also matte black replete with orange accents seen on the seconds hand, the hour indices and the tachymeter scale.

Powering the new Oris Chronoris Limited Edition watch is the calibre 673 based on the popular Valjoux 7750 architecture. This durable self-winding chronograph movement is housed against the solid steel caseback… too bad for those wanting to see this movement in action. Note that this movement has the same specifications as other Valjoux powered watches featuring 4Hz frequency, 25 jewels and a 48 hour power reserve.

There are only 200 Oris Chronoris Limited Edition watches and they are now available at retailers and official Oris boutiques that goes for CHF 3,500 on a strap and CHF 3,800 on a metal bracelet. Visit Oris here.