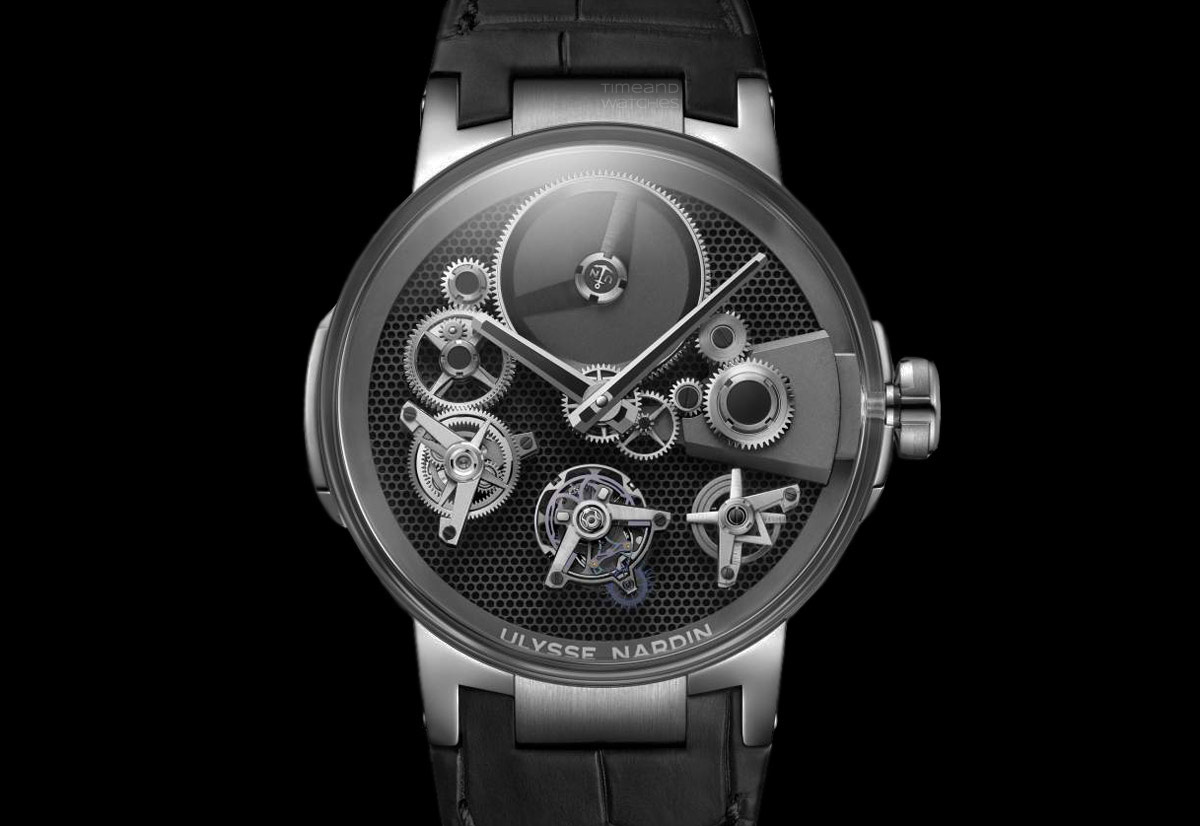 I don’t know if you’ve noticed, but the lineup at this years GPHG awards seems a little lacklustre, at least to me personally, other writers at WristReview may disagree, and that’s fair. This could, therefore, be a good year for Ulysse Nardin and they might win some prizes, their Executive Tourbillon Free Wheel will be the one to watch for sure.

When you have a long history of chronometers and a set design language for your brand, it can often become repetitive and stale, like you’re unable to think of something new and exciting. When that happens, you’ve got to throw all the toys out of the pram and think of something radical and unique. Of course, Ulysse Nardin has already done this one, and the Freak range has been wildly successful because of it. While the new Executive Tourbillon Free Wheel is a little less outlandish, it’s a very stylised and unique piece in the range; it’s also very high-tech. 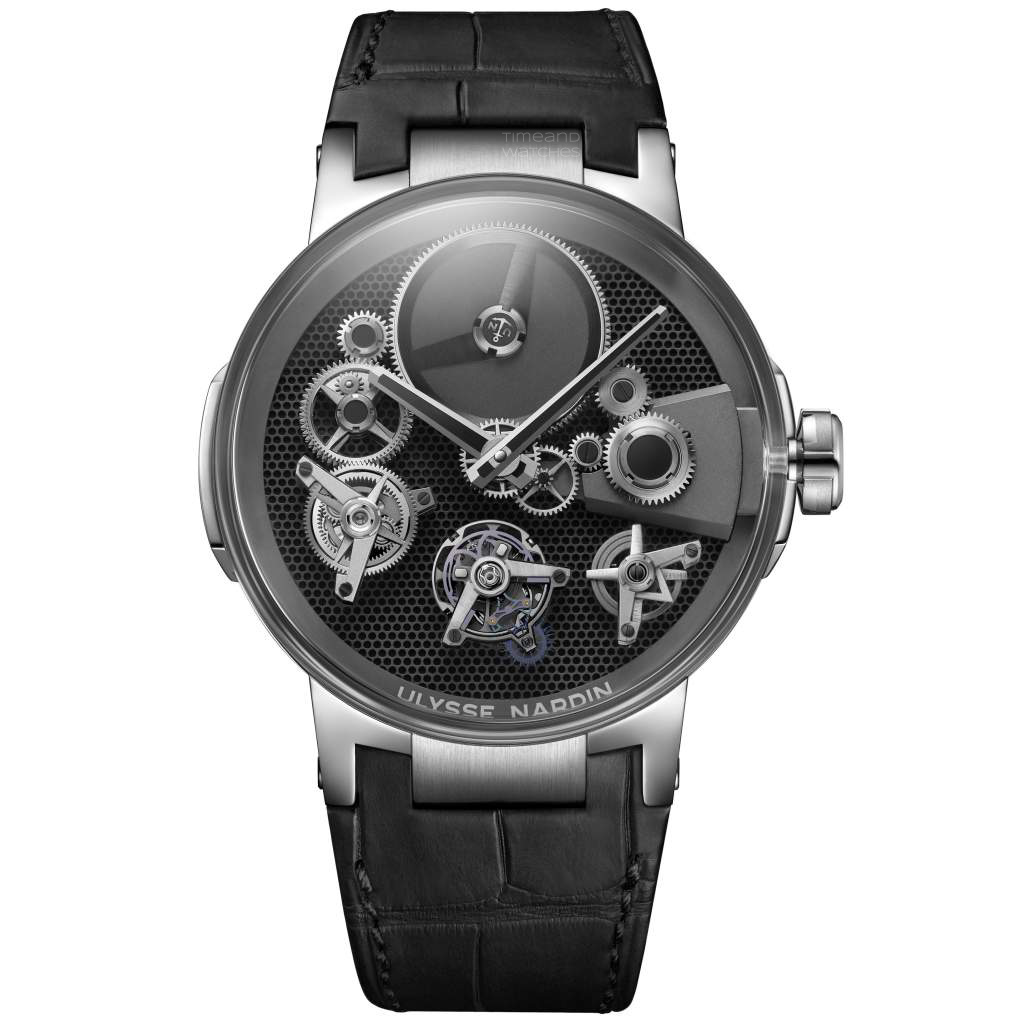 The reason for the name is simple, the watch movement has been turned upside down in the case, leaving most of the components floating above the unique honeycomb dial. Further to this, they are free floating above the dial as well, most of the time you’ll see parts either partially buried within the dial itself or with bridges over the top to secure them in, but not here. There are a couple of wheels, and of course the tourbillon, all of which require bridges. Some say that those brushed bridges are a boomerang shape, but to me, they seem more like a top-down view on a B1B Lancer, which also goes in well with the high tech theme of the watch. 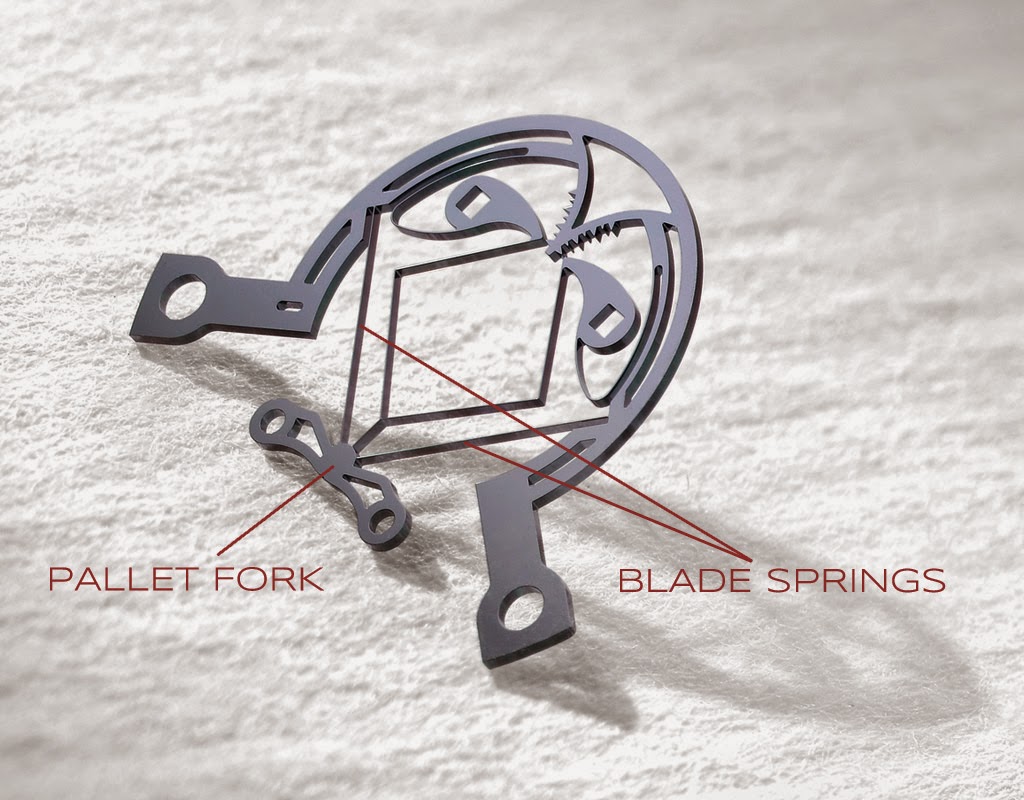 Speaking of high-tech, the tourbillon features Ulysse Nardin’s unique Anchor escapement. It’s made entirely out of silicon, it’s very complicated in shape and relies on the elasticity of silicon instead of a traditional lever design. It took Ulysse Nardin and Sigatec, one of the largest manufacturers of silicone parts, over 7 years to develop this escapement. It follows similar principles to Girard Perregaux’s Constant Escapement watch, released in 2013.

Ulysse Nardin’s Anchor escapement does away with the big wheels and the design reminiscent of the Big Brother logo, their design is very compact and can fit directly on top of the balance wheel assembly. To go one step further still, all of this technology is mounted to a tourbillon escapement system. It also has a power reserve of 170 hours, and though you cannot see the mainspring, despite the barrel being visible on the dial, there is a power reserve indicator at 4 O’clock. 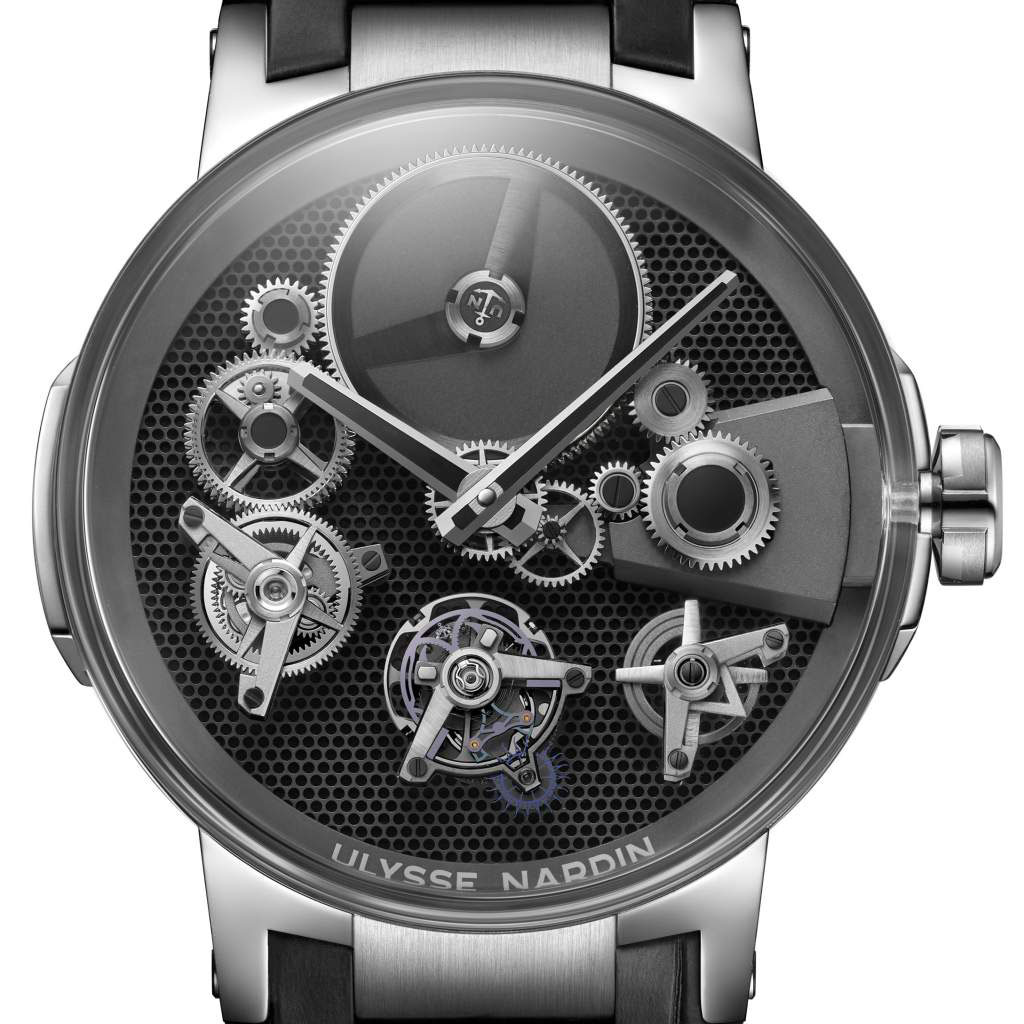 Most of the delicate parts that are susceptible to magnetism are made of silicone, so this is quite a practical watch, though that escapement is still very sophisticated and may be vulnerable to shocks, I wouldn’t want to foot the bill for a replacement. This watch isn’t for the faint of heart, it is very masculine in design and size, there’s no other way to put this as it’s 44mm in diameter and 13.5mm thick. That’s not exactly under-the-cuff sizing, though, with that styling, it’s not an under-the-cuff style watch. The size, complexity and solid 18K grey gold case mean this watch costs a cool 99,000 Swiss Francs, they should perhaps go all the way and make it 100k though, why not live a little? Best news yet, this isn’t going to be a limited edition run, either.Visit Ulysse Nardin here.