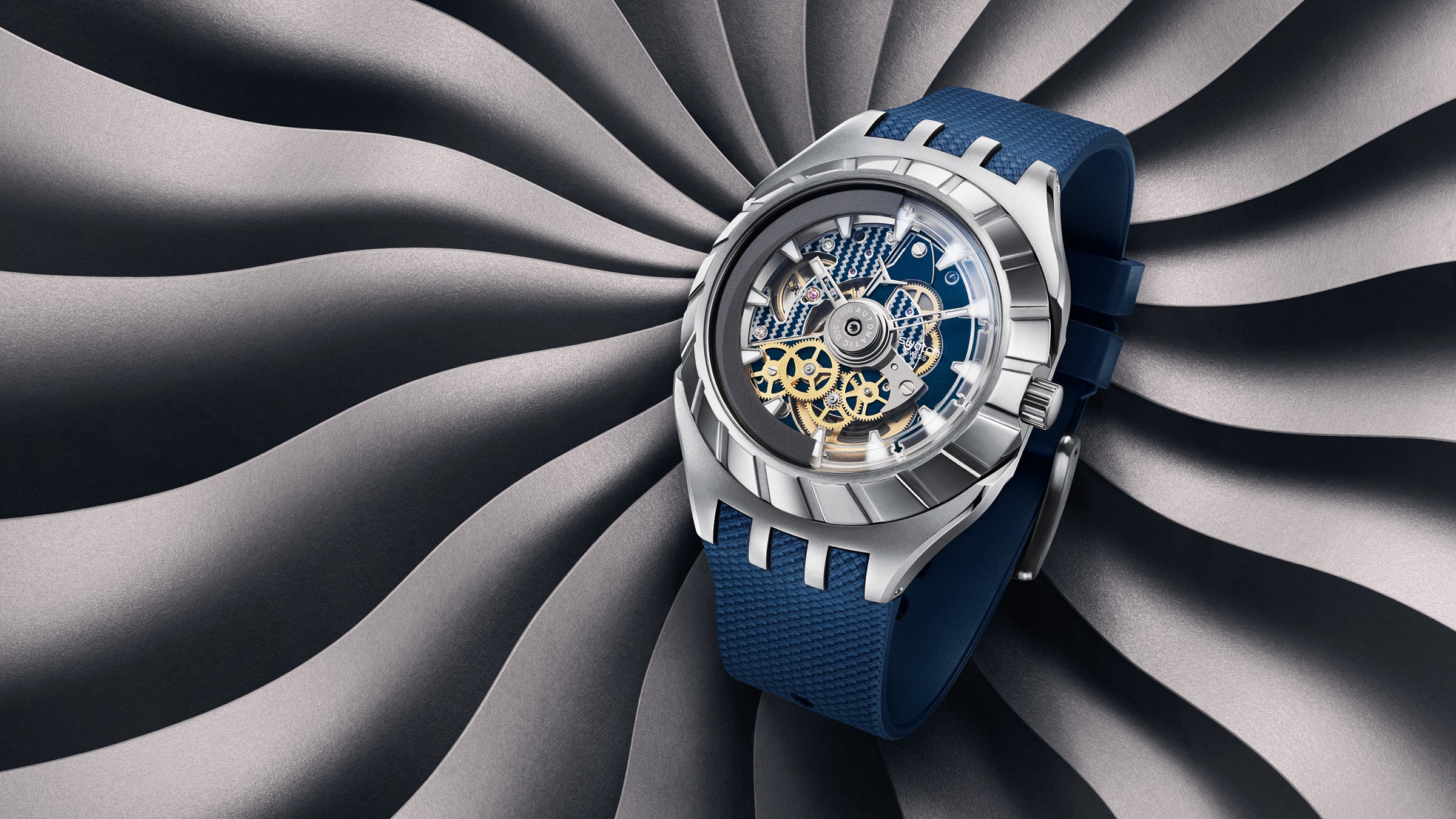 Introduced during Baselworld 2013 the Swatch Sistem 51 was indeed a revolutionary watch. It was as enjoyable as any other Swatch was, but the real deal was that it was being powered by a mechanical heart that comprised 51 parts, offered a power reserve of 90 and came in at a shockingly low price of around 150 US dollars. Fast forward almost 6 years in time and Swatch has surprised us yet again by introducing a new watch based upon the Sistem 51 movement. The Flymagic as it is called features an open worked dial, an advanced version of the Sistem 51 movement with some nice anti-magnetic tech and comes packaged inside a futuristic-looking case. 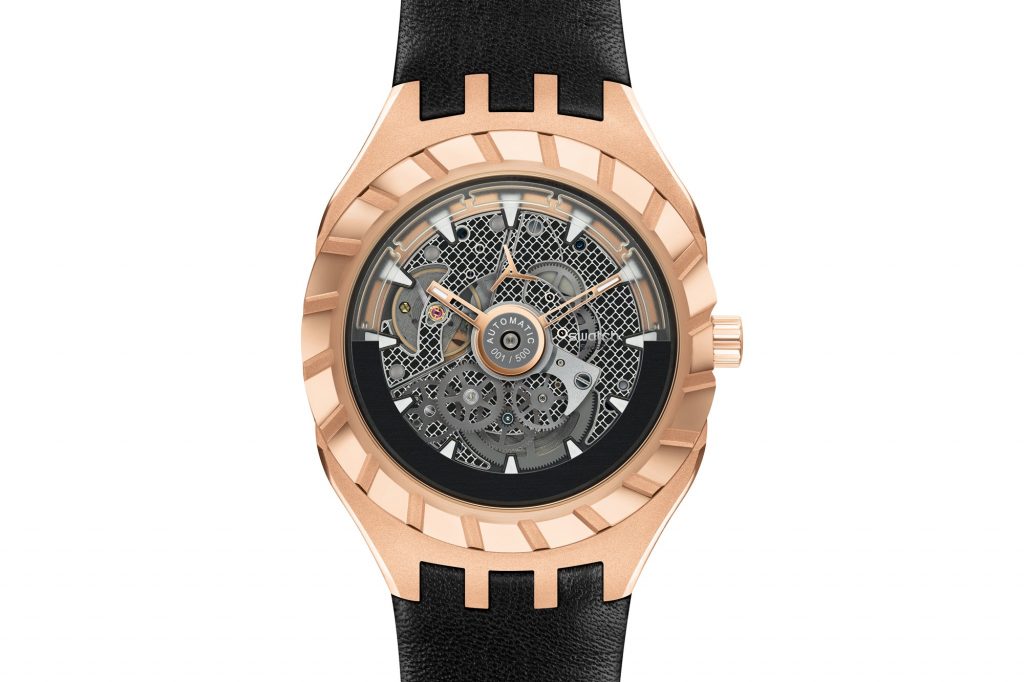 Let’s begin by talking about the movement. For the flymagic, Swatch basically took the Sistem 51 and inverted it for the wearer to have a nice detailed view of it from the front of the watch. In order to achieve this the brand ended up adding 15 more components to the Sistem51 setup and the end result is quite impressive. One of our favorite details is the rotor which has been given a transparent to look in order for it to be unobtrusive and yes it is spinning right underneath that sapphire crystal. But it is not only the quirky arrangement that makes this movement a winner it does possess some nice technical chops as well. Swatch has equipped this movement with a Nivachron hairspring to offer improved antimagnetic properties, something that is not so commonly found in watches falling under this price bracket. The movement comprises 19 jewels, operates at a frequency of 3 Hz and still offers an impressive power reserve of 90 hours. 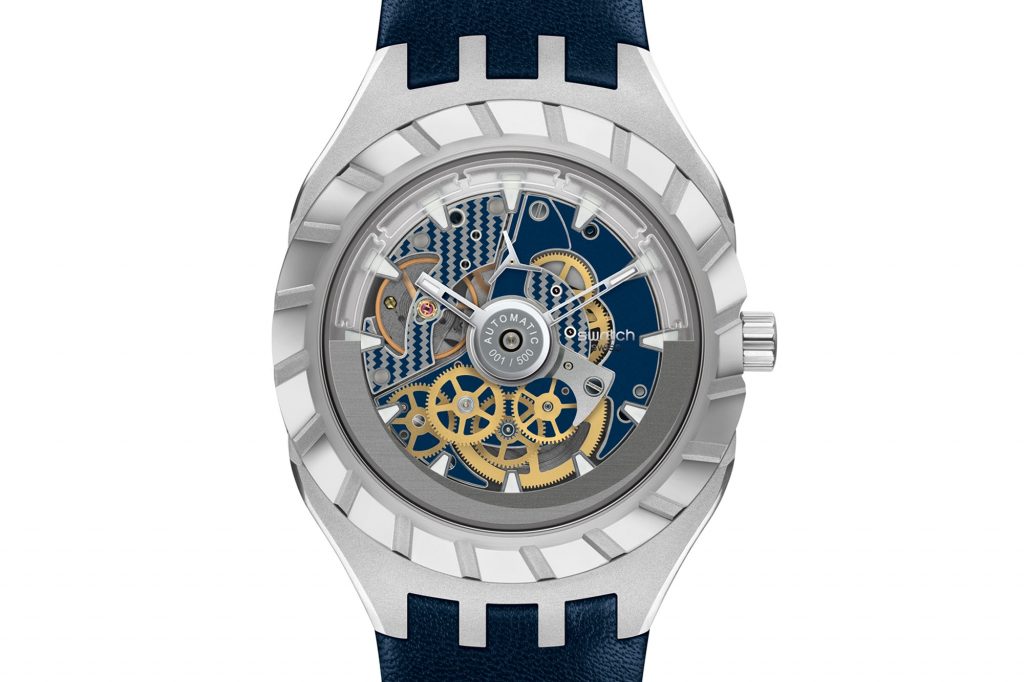 The dial on the Flymagic has also been designed in accordance with the design intent behind this watch, which is to give the wearer a clear view of the movement inside. Most of it has been left open with the exception of the hour track on the outer periphery of the dial which consists of 12 triangular hour markings. Time can be read using the semi skeletonized handset which has been filled with luminous paint along with the hour markings to aid low light visibility. 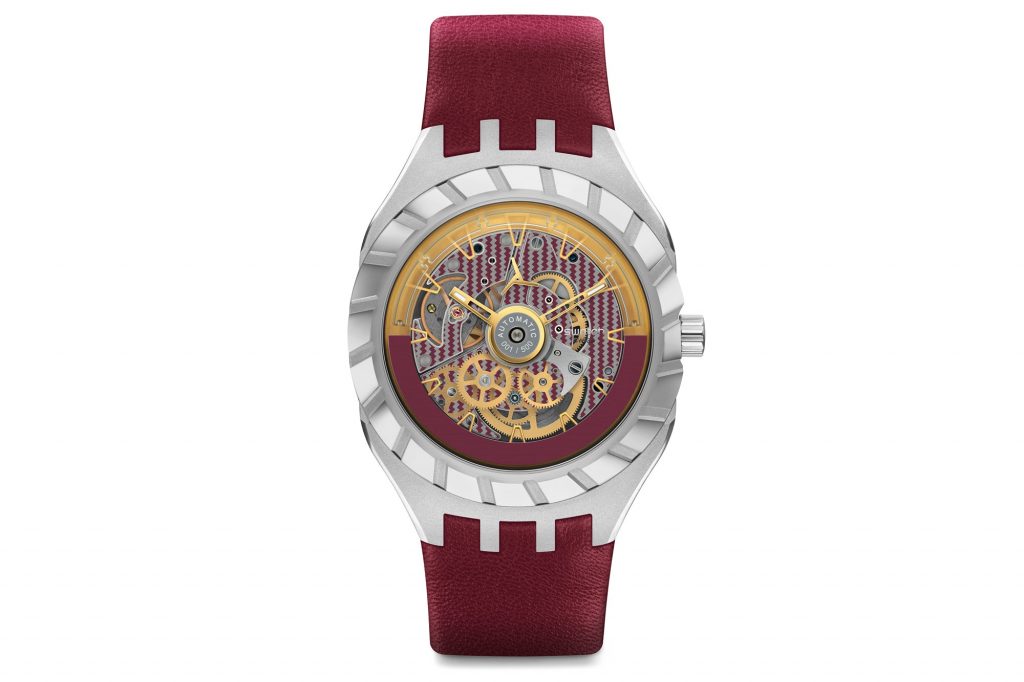 A watch like the Flymagic is meant to highlight its presence on the wrist and hence the case has been sized at a modern and large 45mm in diameter. It also considerably thick at around 14.8 mm and offers a water resistance of 30 meters. Dimensions aside what makes this case unique is the turbine style bezel which gels well with the overall design of the watch and gives it a space age look. Also, unlike the plastic cases found on a majority of Swatch watches, the case on the Flymagic has been made out of stainless steel. It also seems to be well finished and features some nice brushing and polished bevels along the sides of the case.

Overall, the Swatch Flymagic is a great premium idiosyncratic watch that once again showcases that innovation is not restricted to the world of Haute horology, but is quite possible at the lower end of the spectrum as well.  There would be three models to choose from, two in stainless steel and one in red gold PVD. Each model would be limited to 500 pieces and prices would start at $1,500. Visit Swatch here.