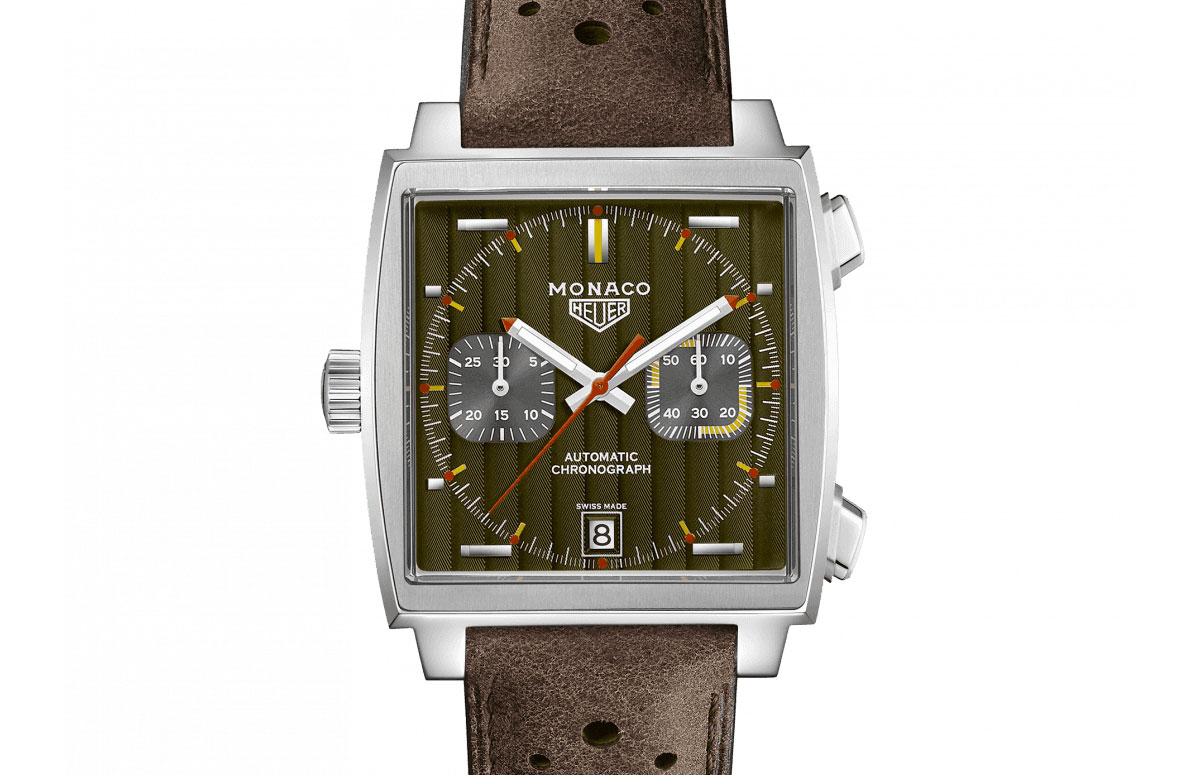 You might be forgiven for thinking that the only watch celebrating a 50th anniversary this year is Omega’s Moonwatch, it certainly creates ripples in the market, but it’s not the only one. Also celebrating 50 years this year is the TAG Heuer Monaco collection, a series of square-cased racing-inspired watches which have graced the wrists of legends over the years. This new limited edition run of just 169 watches, dubbed the TAG Heuer Monaco 1969-1979 watch (ref. CAW211V.FC6466), is a celebration of this long production run and is due to be unveiled at the 77th Monaco Grand Prix.

Their square case has always defined the Monaco watches. A relatively odd shape in the world of round faces, the rectangular case is part of the reason for the charm of this model. You don’t have to be a fan of TAG Heuer to like these, their traditional white and blue dials bring forth memories and fantasies of motorsports in the 60s. While most people want to think it was a better time, it wasn’t, motorsports were extremely dangerous and cost some of the most significant drivers their lives, Jim Clark being the most notable. 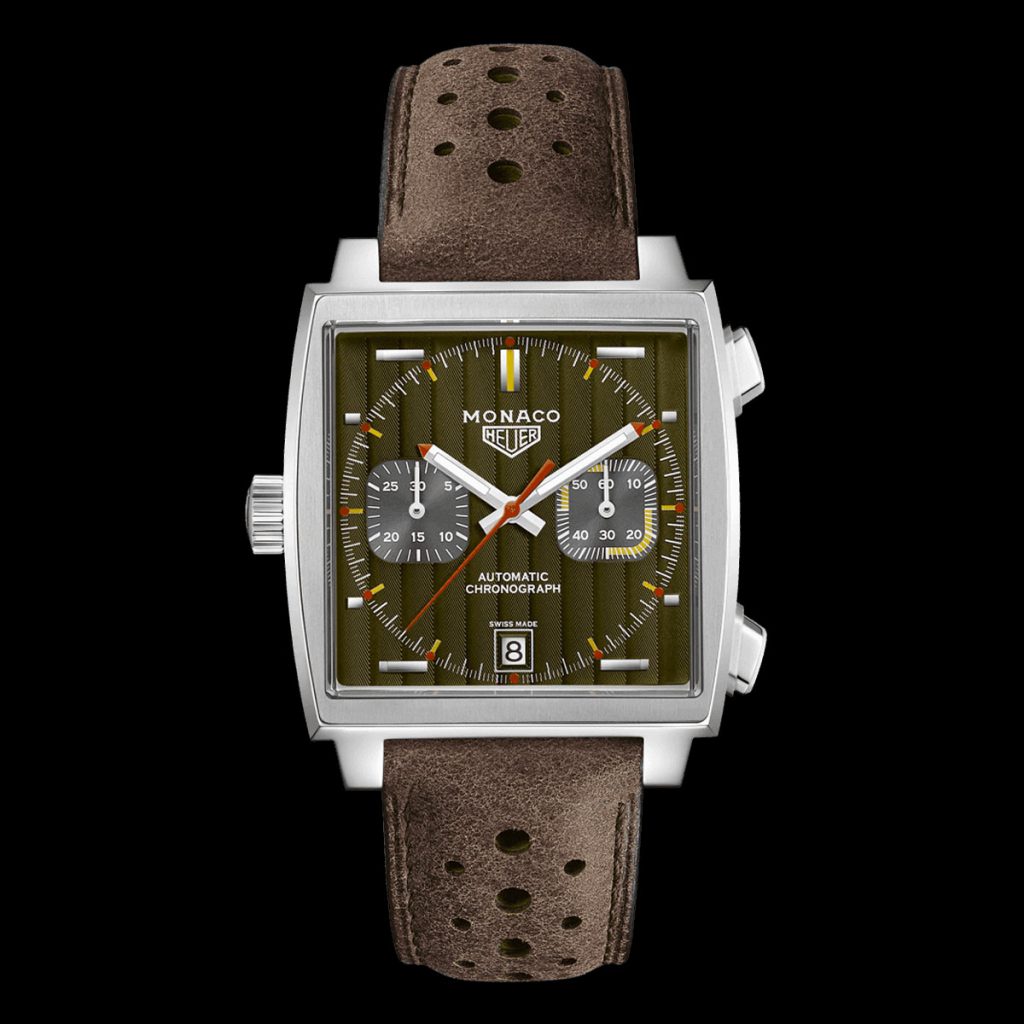 Despite this onwards, the Monaco trudged, selling itself as an icon of the industry and in doing so becoming one. There is no doubt in my mind that this is up there with the likes of the Submariner and the Speedmaster as an iconic piece of design. Here, there’s a significant change — no blue colours on the dial, none at all. The colours of the dial include red and yellow placed over an exotic green striping, reflecting the colours of the period between 1969 and 1979. 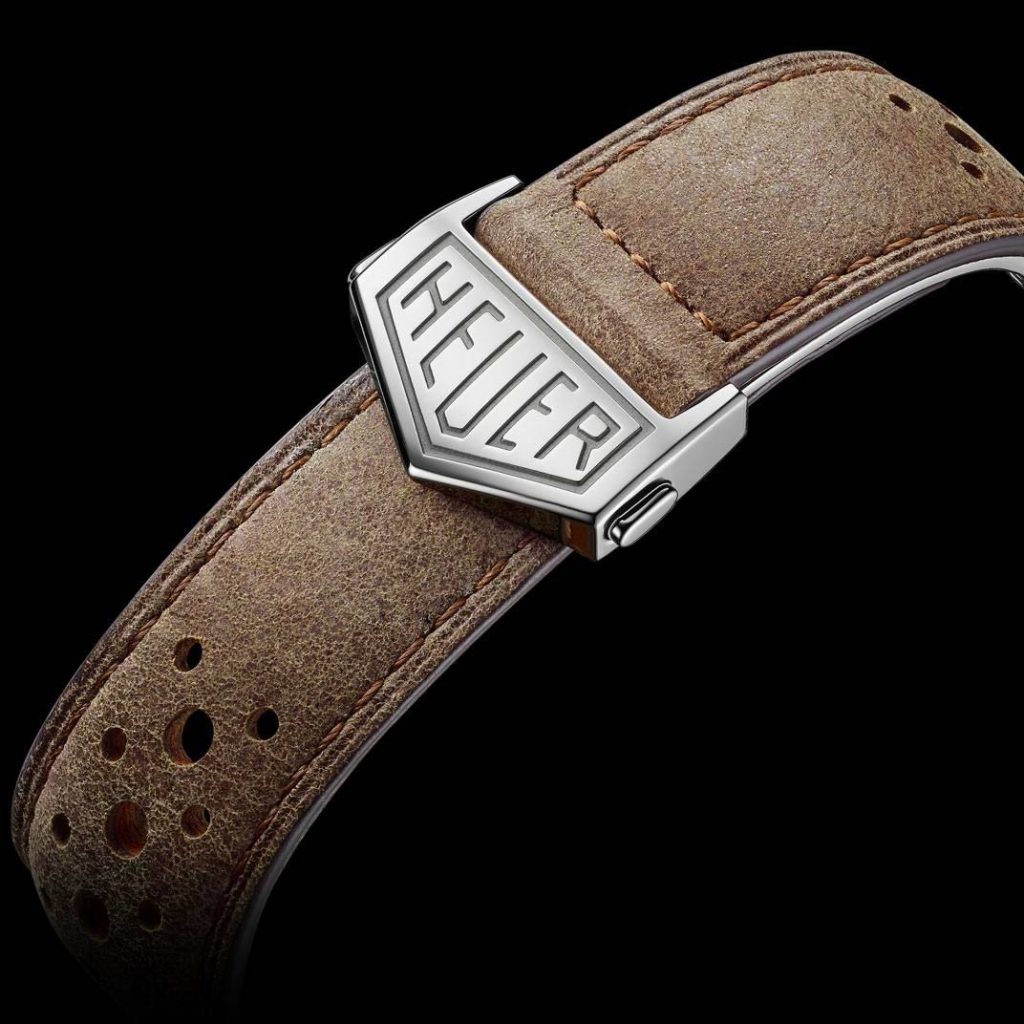 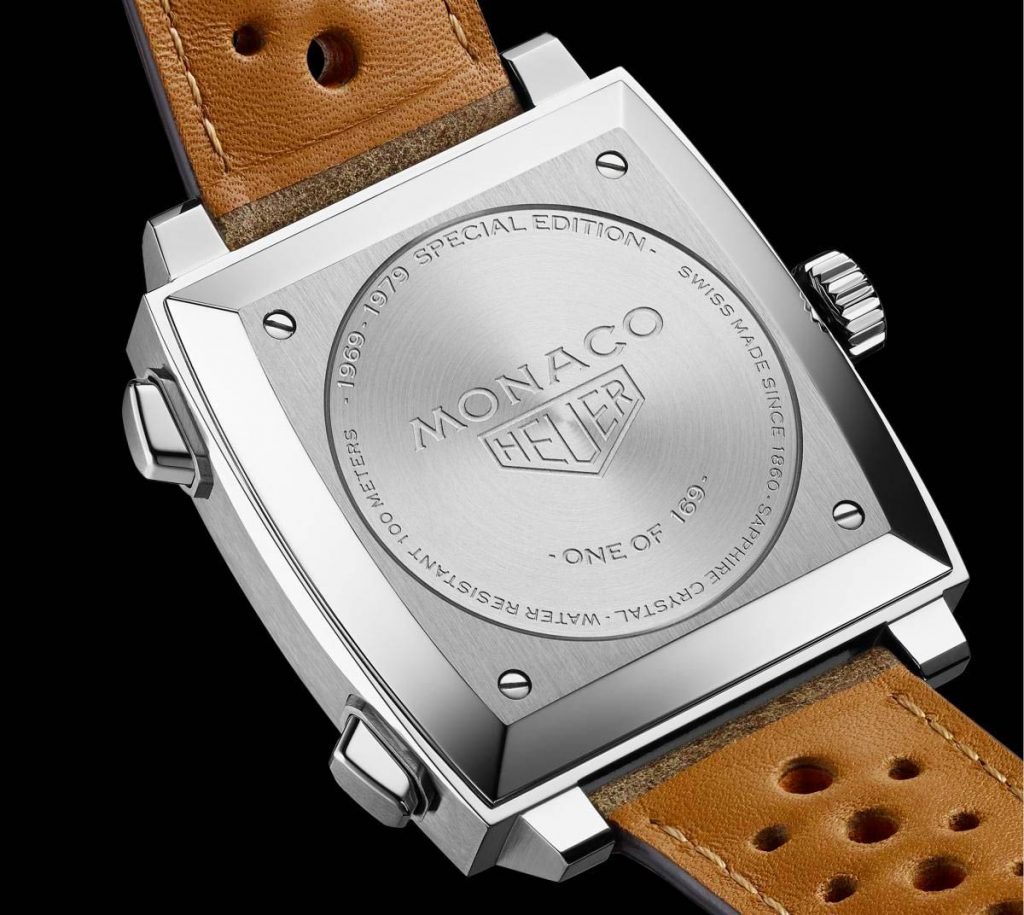 The pushers have been moved to their original place as well with the crown on the left as it would have been 50 years ago. It’s good to see that TAG Heuer understands the appeal of these historically inspired watches; it pushes them to go further with the attention to detail. This one looks like it’s a vintage watch already, so its appeal is present for most buyers.

Inside is the TAG Heuer Calibre 11. With 59 jewels and a 40-hour power reserve, this automatic movement is based on a Sellita SW300-1 calibre and has a 4Hz operating frequency.

We’re also going to see more special editions of the Monaco this year, celebrating every decade of the watch’s history right up to now, so stay tuned to WristReview when we unveil the next piece.