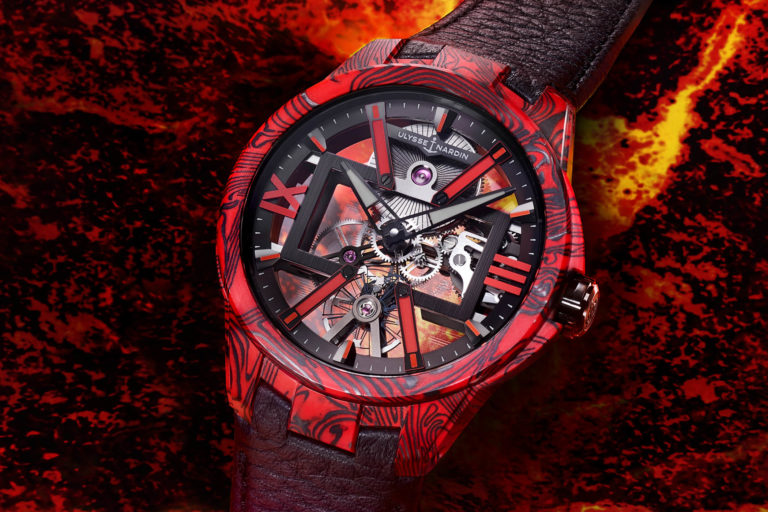 Ulysse Nardin is well-known for its sophisticated marine-inspired watches but there is also an experimental side to the brand which has led to the creation of idiosyncratic pieces such as the wild and aggressive looking freak. During SIHH 2019,Ulysse Nardin introduced two new distinctive pieces; The Freak X, an accessible and more wearable version of the Freak and the Skeleton X, a watch with an open worked dial. Now the brand is introducing a sportier fiery red version of the Skeleton X called the Skeleton X Magma. 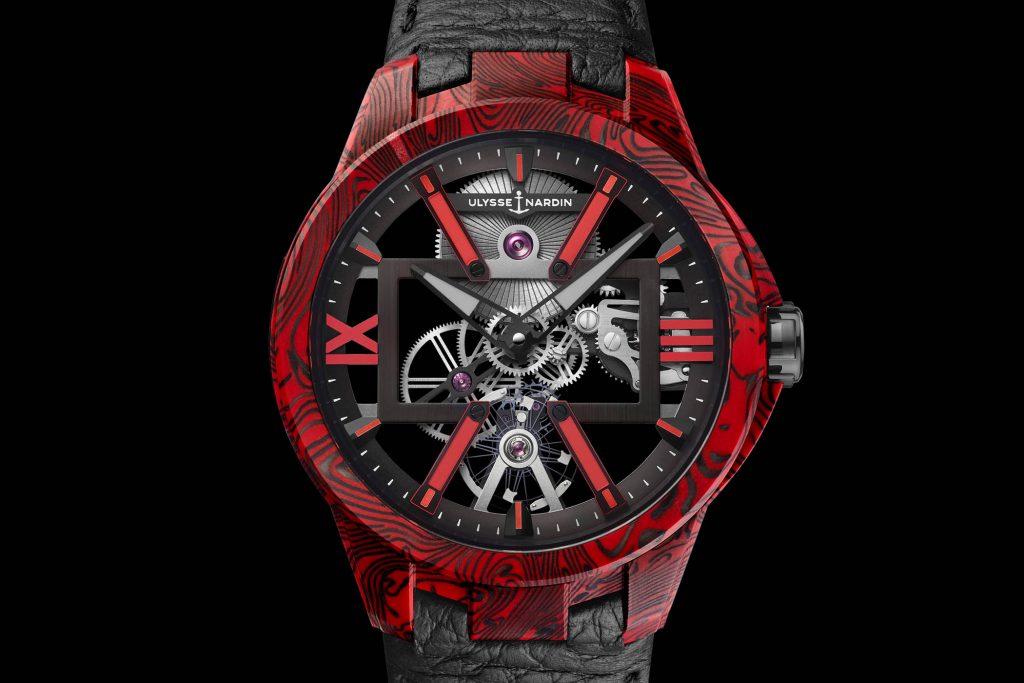 The most striking aspect of the Skeleton X Magma is its sporty black and red case. Constructed using a combination of carbon fibre and red marbled epoxy resin the case bears a unique visual identity and evokes the look of hot magma found underneath the earth’s crust. As it is based upon the Skeleton X the case still measures a healthy 43mm but should sit comfortably on the wrist because of the relatively short lug structure. There are sapphire windows on both the front and the back and the case is water resistant to 50 meters. 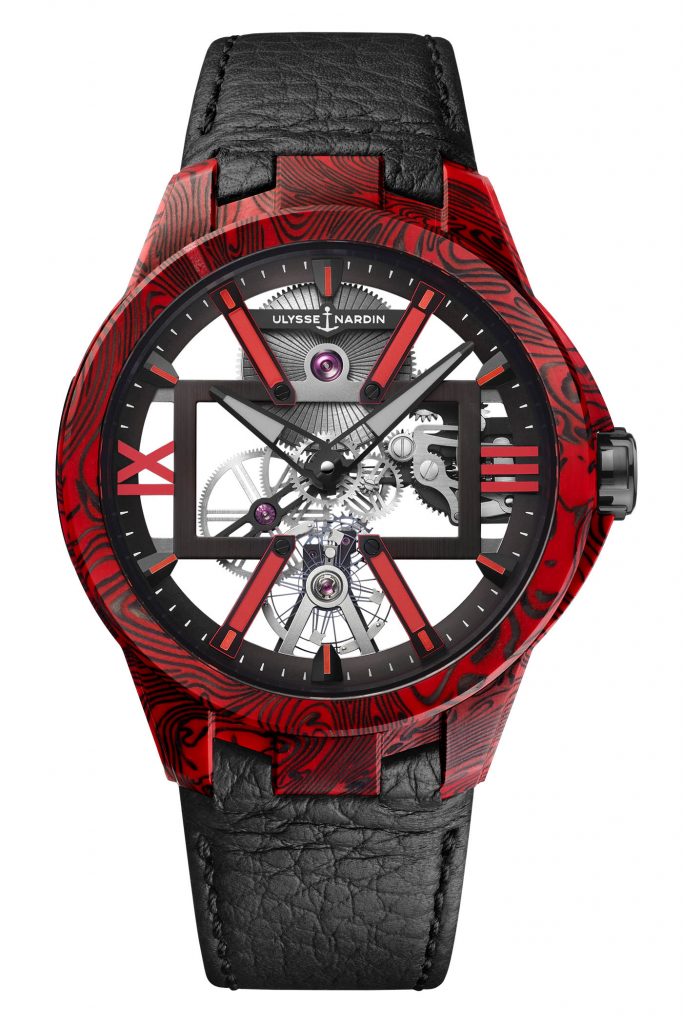 Complementing the peculiar case is a highly skeletonized dial which has been crafted to give a great view of the movement that powers this watch. The covered section of the dial consists of applied hour markings which are a combination of Roman numerals at 3 and 9 and faceted three-dimensional markings for the rest of the positions which includes elongated rectangular indexes that form an ‘X’ supported by a rectangular frame at the center. All applied elements have been rendered in red and black in continuation with the Magma theme of the watch. Time can be read using the nicely proportioned handset which has also been filled with luminous paint to aid low light visibility. 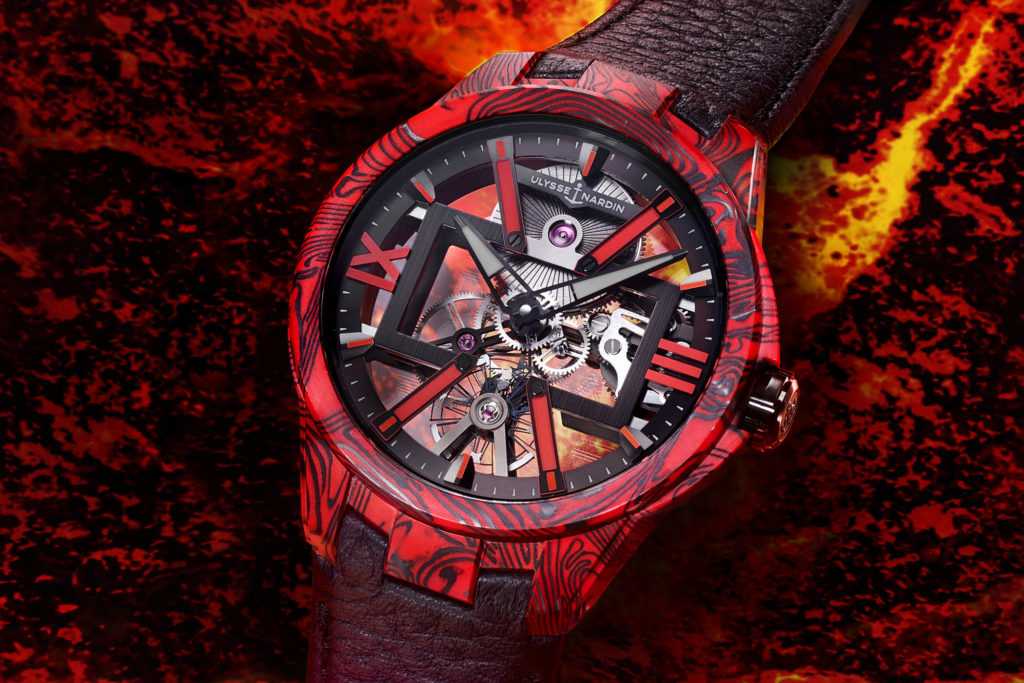 The watch is powered by the in-house hand-wound skeletonized caliber UN-371. The movement features a silicon balance wheel, operates at a frequency of 3 Hz and offers a power reserve of 96 hours.

The Ulysse Nardin Skeleton X Magma is another bold and daring watch which showcases the brands increasing hold on the genre of non-conventional timepieces. The watch would come attached to a black leather strap and would retail at a price of USD 25,000.