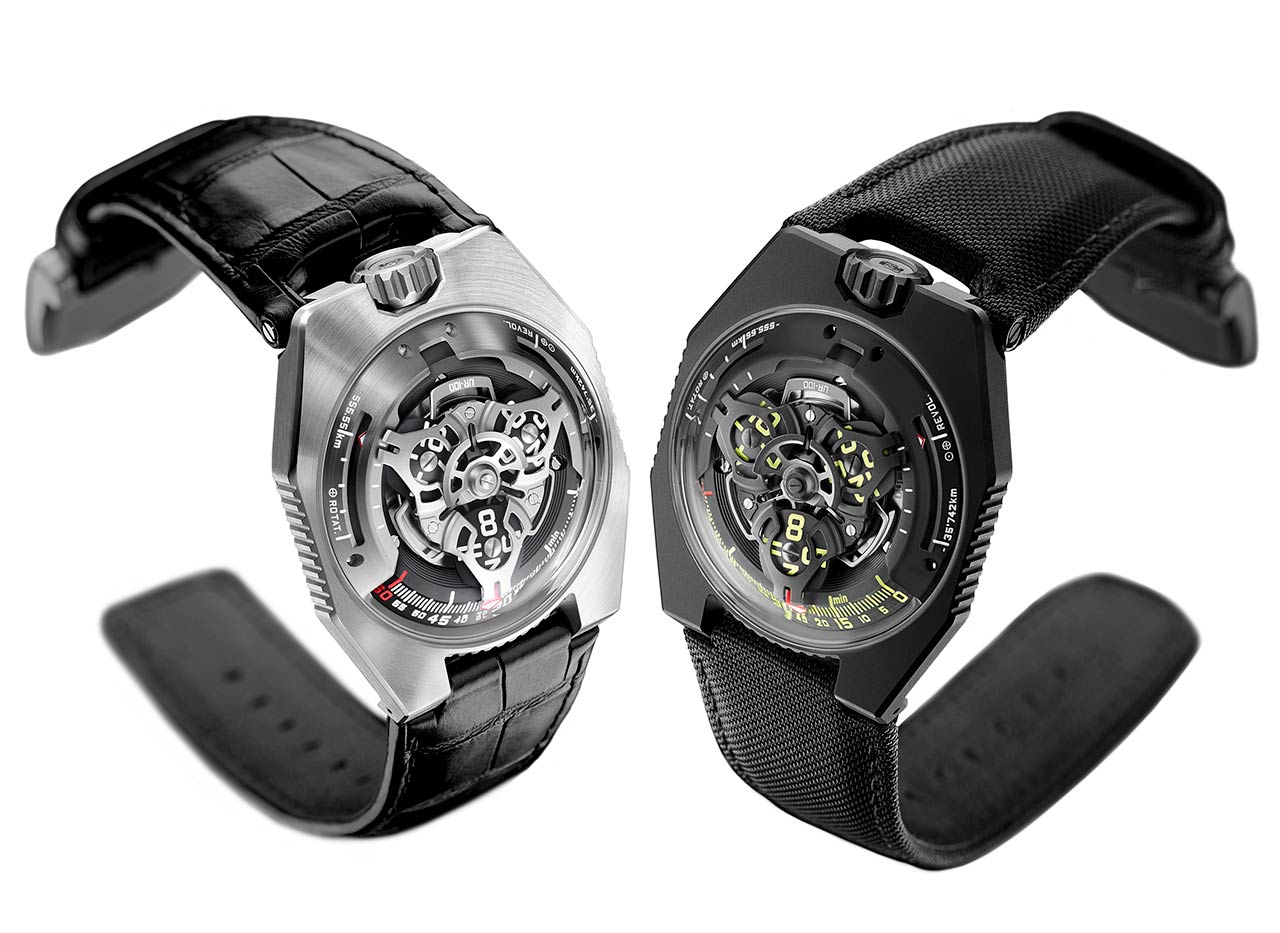 Introducing The URWERK UR-100 SpaceTime Watch

When the topic of complications comes up, some people will mention the wandering hours as a good example, which indeed it is. There will then usually be a pause or a characteristic use of the highly intellectual word ‘uh’ while they think of a watch that uses such a  complication. Believe it or not, if they have a little knowledge about the different brands involved, then one brand will have snuck right under their radar: Urwerk. 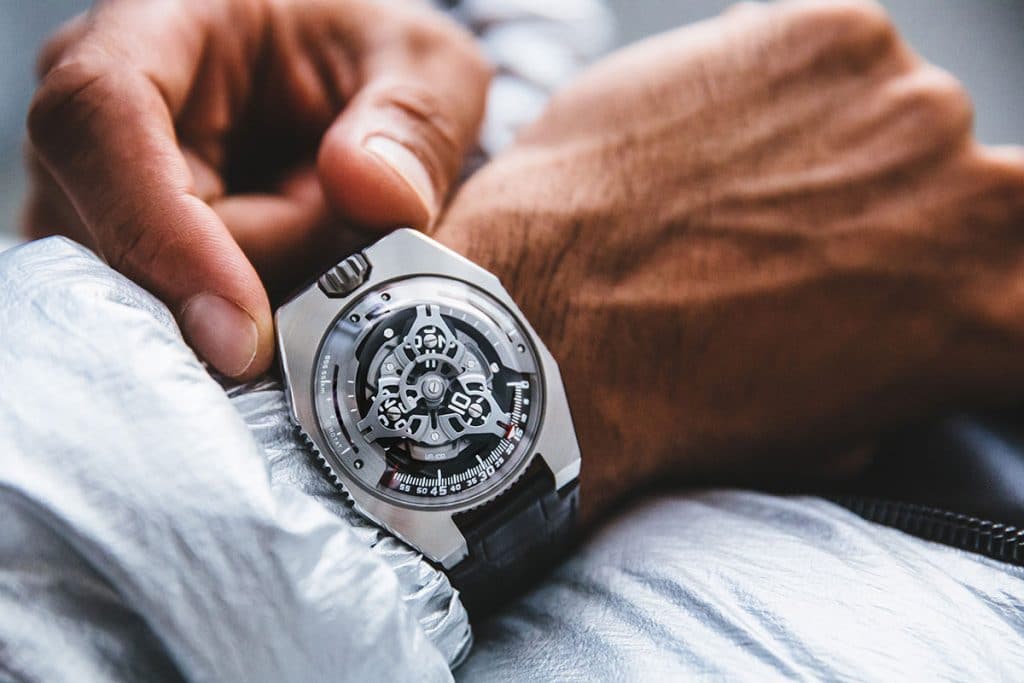 The innovative brand specialises in making watches that use the wandering hours rather than conventional hands. Rotating disks which are then connected to their own rotating mount line up with markings along the edge of a dial to indicate the hours and minutes. But now, Urwerk is taking it to the next level with the UR100 SpaceTime, a watch which also displays two extra sets of information. 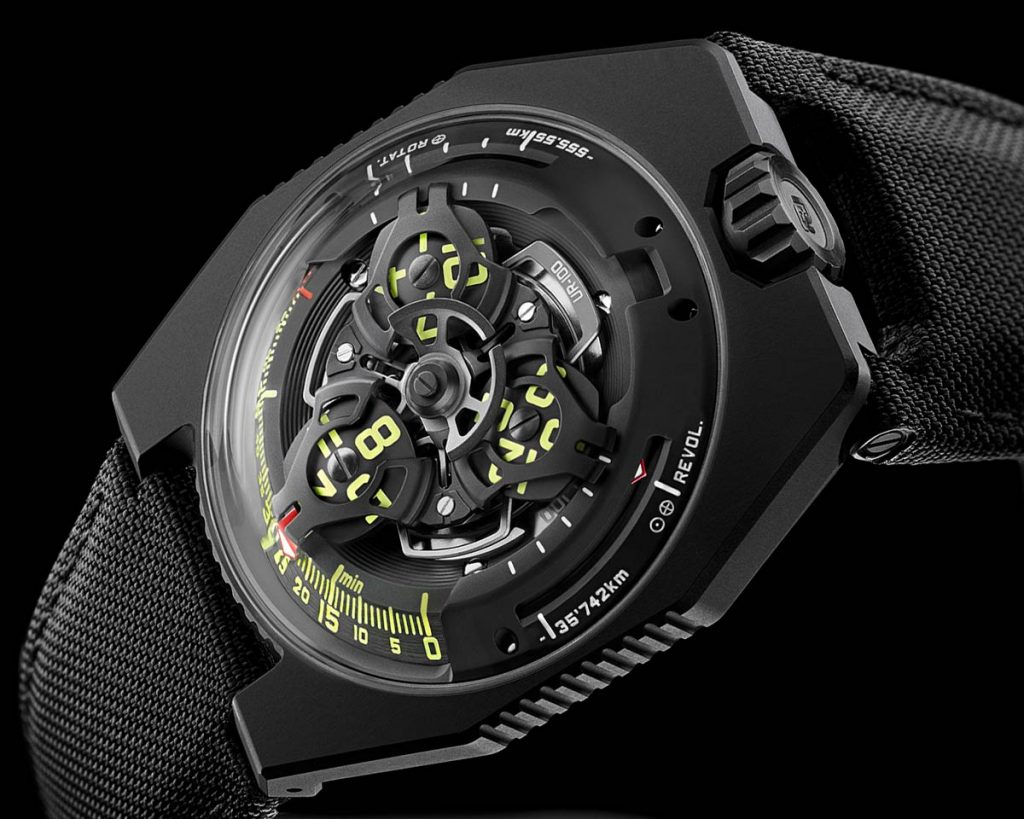 You may have spotted a red hand just about poking from underneath the wandering hours display in the press photos. That’s not just an arrow to improve legibility; it also serves a second purpose. This watch can track both the rotation of the Earth in 20 minutes but also the distance covered by the Earth around the sun. These indications are displayed around the periphery of the dial. Once a hand has completed its time-telling portion of its journey, it’ll then tell you the distance the Earth rotated on its axis, and then gracefully make its way over to the other side where 3 O’clock would normally be to show you the distance covered by Earth over 20 minutes. 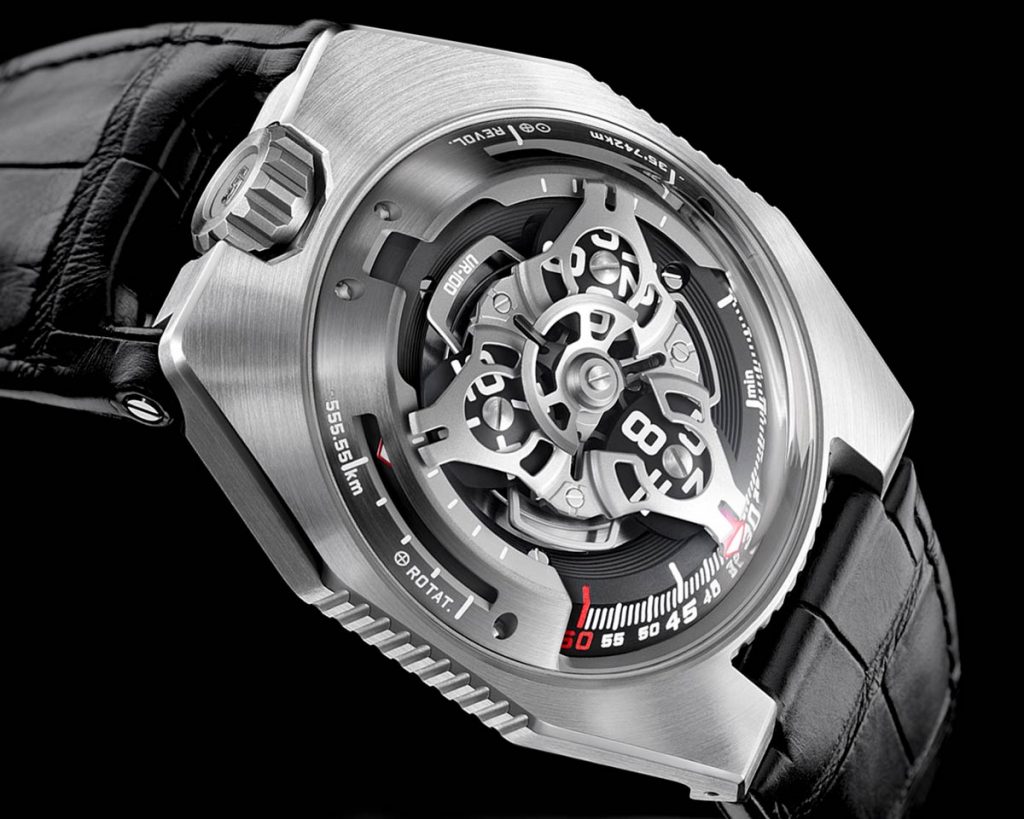 While some might argue this information is mostly irrelevant, especially compared to a chronograph or a calendar, for example. However, it should be noted that the wandering hours configuration completely changes the layout of both the dial and the movement, meaning there isn’t always a way to integrate the standard complications and keep the case a reasonable size. Both editions, named Iron and Black, are made using stainless steel and titanium components on the case, the latter with a black DLC coating. The case is 41mm wide by 49.7mm long and 14mm thick. 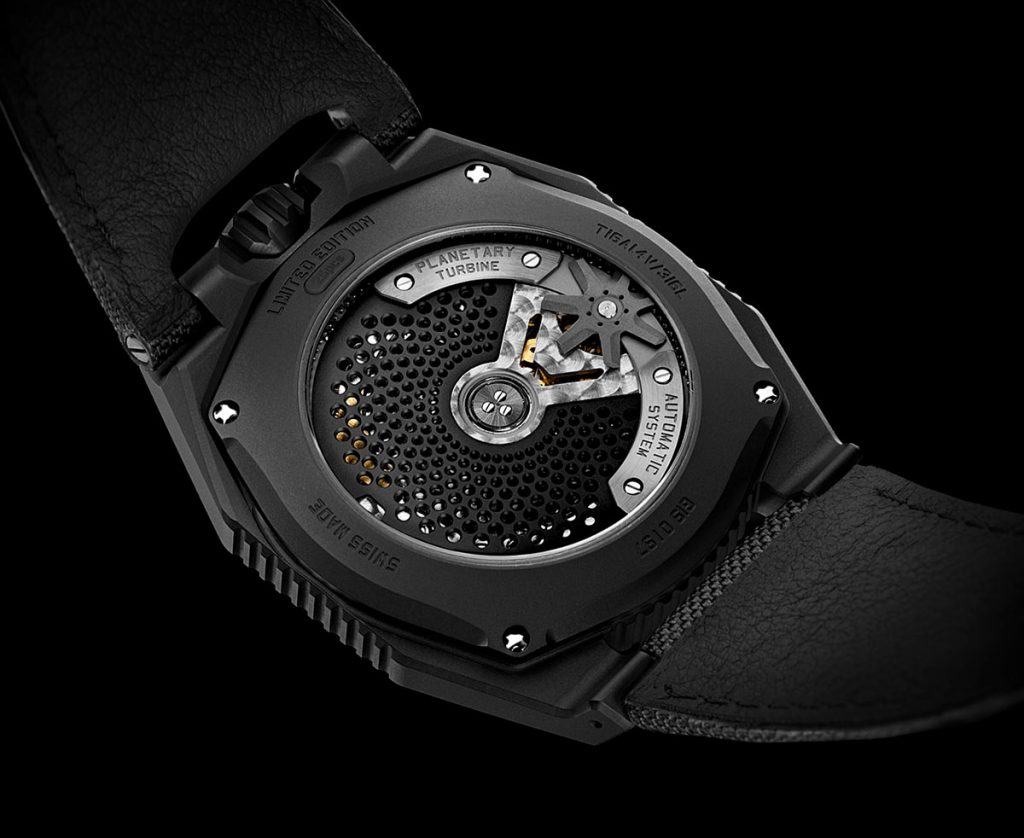 The movement in this watch is clever, too. The rotor is a full rotor, meaning it covers the entire back of the watch, and has been drilled to allow a view of the baseplate. On the edge of the rotor sits a turbine which Urwerk calls its ‘Planetary Turbine Automatic System’. It’s there to reduce wear on the rotor bearing over time by supporting the rotor from the edge. The rotor is also protected by something called a Windfäng, which sounds like a monster from a European horror movie. Windfäng translates as “air trap”, which protects the rotor further from shocks, though Urwerk doesn’t go into much detail about it. It has a 4Hz beat rate and a 48-hour power reserve in there, for good measure. 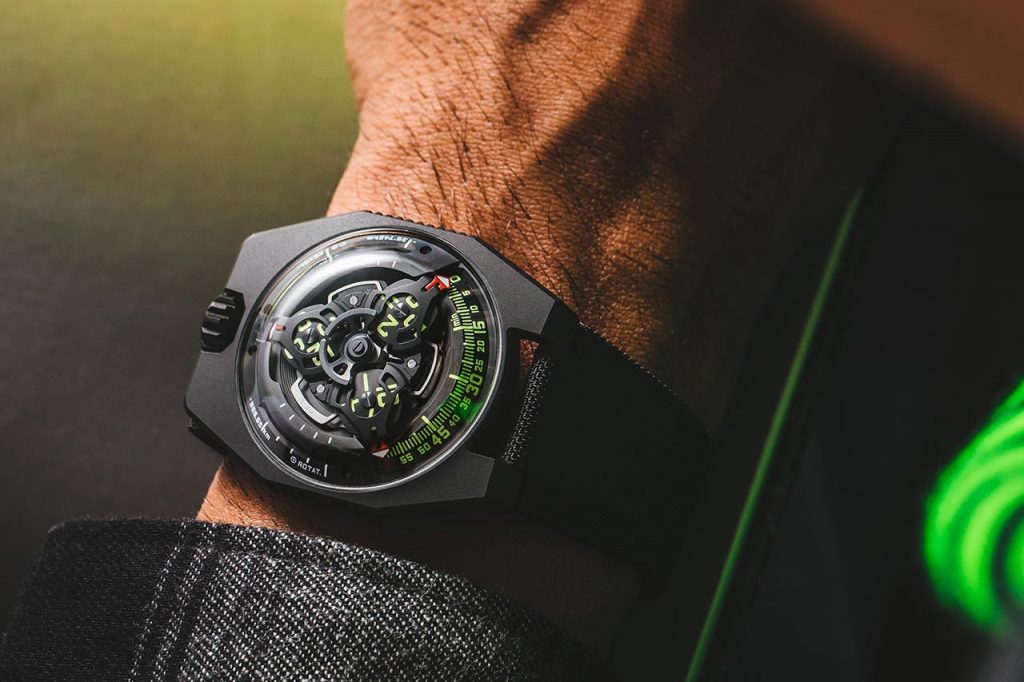 The price of one of these is 48,000 Francs, and both versions are limited to 25 examples each.