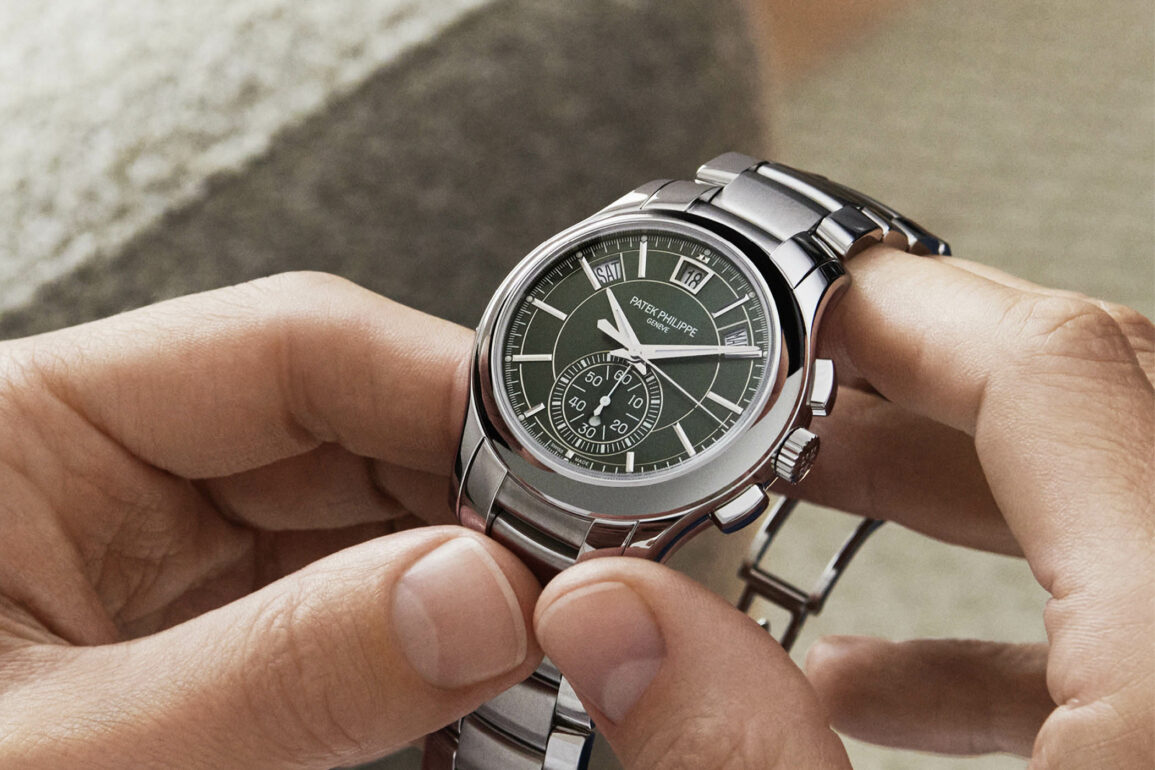 They do say that good things come in threes, don't they?

Many people consider Patek Philippe to be the king of watchmakers and also the king of complications. If you’re one of those that likes to make those hilarious ‘brand tier’ graphics that put Hublot far too up the list for its own good, then you’ll definitely see Patek Philippe as the crown jewel of the watch industry. While I think that many watchmakers give the ‘double p’ a run for its money, it’s hard to argue against the draw of this company. Sometimes it does weird-looking experimental watches, which attract a lot of attention, but for me, when they do classical complications in new ways with new colours, I feel they’re at their best, and the following three represent that.

The first addition to the collection is the 5930P, a world time chronograph. We’ve started with this one because it’s the most unusual combination of complications of the three watches. We’re used to seeing world time watches. Most big names in horology make the classic world time or have their own take on what that should be, but seeing a world time and flyback chronograph together is unusual. Mind you, it could be seen as a negative, neither of these complications are particularly legible in person, and with this being a Patek Philippe, it’s a very restrained 39.5mm in diameter. The watch has a platinum case with a slate grey dial. Inside is the automatic calibre CH 28-520 HU, which has a 21K gold rotor and a power reserve of around 53 hours. The price is $100,538, and (as far as we can tell) it’s not a limited edition.

Moving from the most unusual of complication combinations to the most unusual-looking of the watches. When one of my horological buddies mentioned there were some new Patek Philippes out, this was the first one that appeared on their website. I’m not sure what to think about the bracelet on this, but I know it’ll be light (which isn’t something I like in a steel watch) but buttery smooth and polished to perfection. This watch features a 42mm stainless steel case, within which sits an automatically-wound calibre CH 28-520 QA 24H, with a flyback chronograph and annual calendar and a power reserve of roughly 50 hours. All that’s underneath a striking olive-green sunburst dial. The price is $59,140.

The last watch may be the most recognisable and ‘normal’ of the new watches from Patek Philippe, but it’s arguably the most exquisite. The 5204R-011 is a rose gold marvel. Measuring 40mm in diameter, this watch has a column-wheel chronograph with split seconds and a perpetual calendar as well. It’s manually wound, too, so while it might not be as practical in that aspect, it does mean the calibre CH29-535 is on display in all its hand-finished glory. Given that we cover Patek Philippe’s arch-nemesis, A. Lange & Söhne, so much here at WristReview, it’s easy to forget sometimes that the Swiss know damn well how to make a beautiful movement. The precision of this watch’s hand finishing is its main strength. As you’d expect, given what we’ve seen, this watch has a green dial and a stunningly high price tag of $309,893.