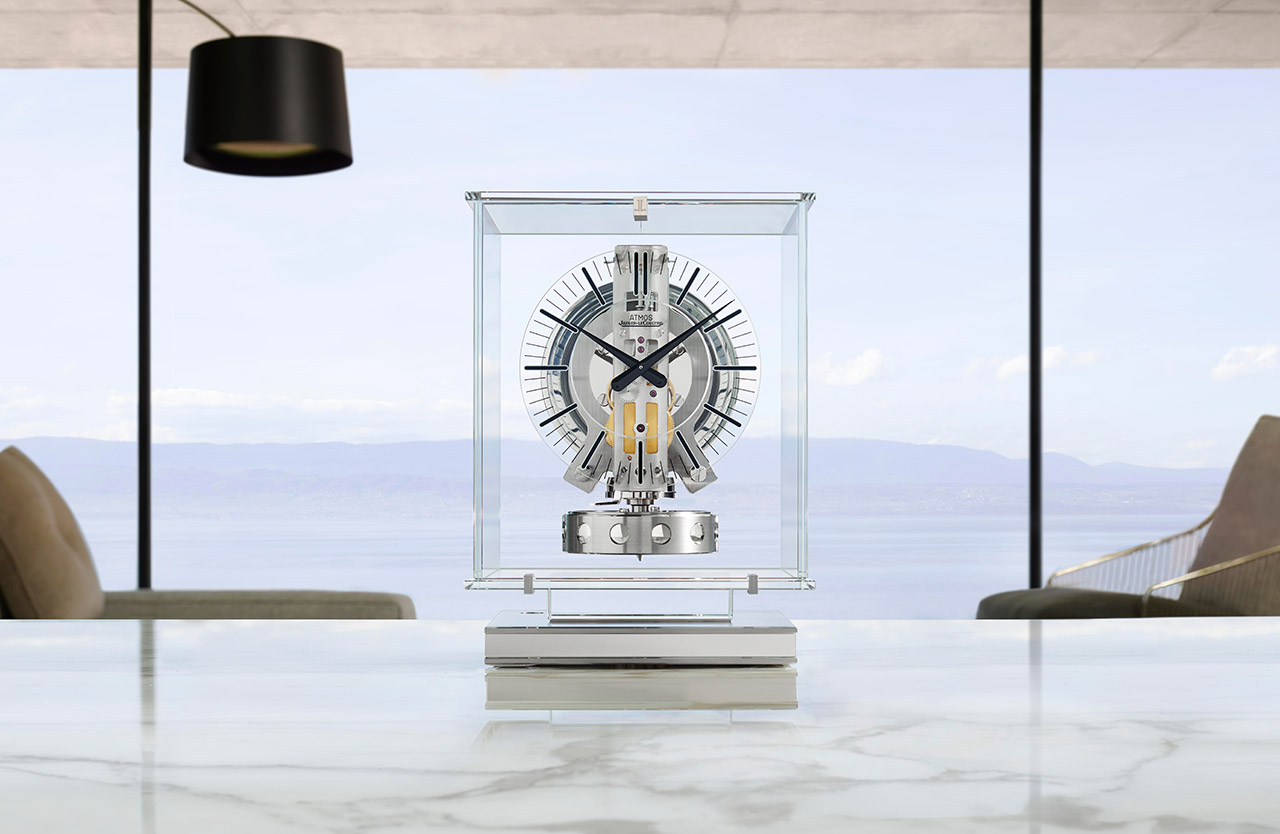 How cool would it be to have a mantle clock that you never need to wind up? A clock that doesn’t require access to sunshine or the RSI inducing process of winding a key, but can still stay powered without any intervention. Let’s imagine such a thing were real; how would we power it? Water maybe? Some kind of electrical current passed wirelessly through the air perhaps? A perpetual motion machine is merely a hypothesis, breaking at least one of the rules of thermodynamics. So, we know it needs a source of power that is neither electrical nor powered by man. 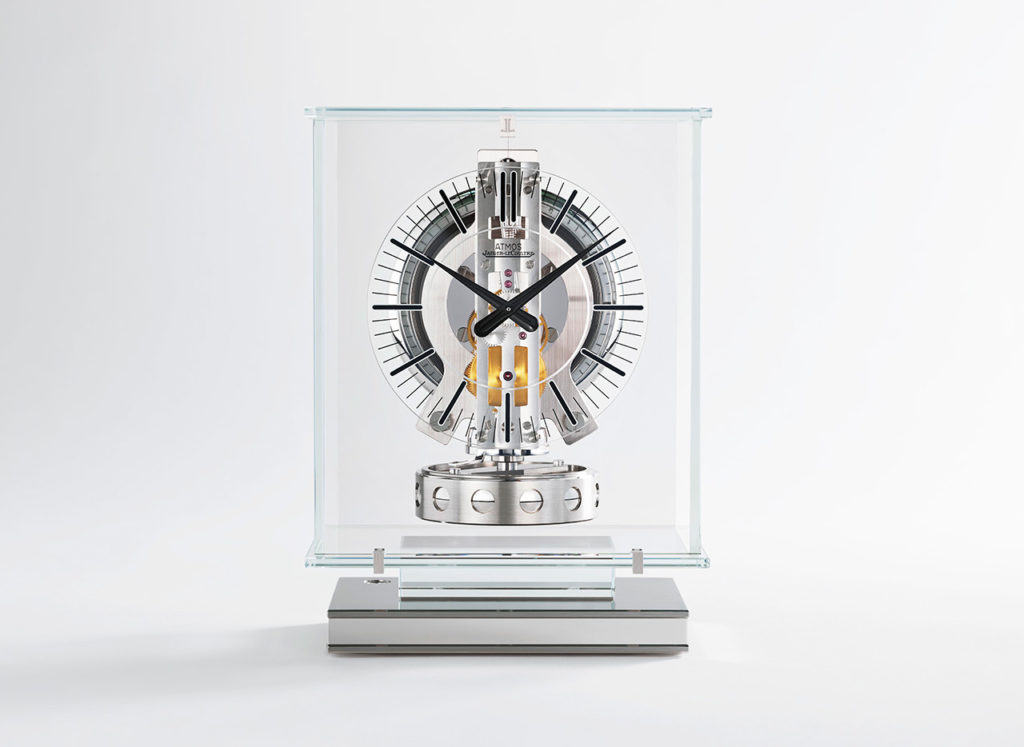 As it happens, watchmakers at Jaeger-LeCoultre had an idea for such a very device in 1928, and they called it the Atmos. The Atmos uses a set of metallic bellows which are filled with forms of ethyl chloride in both gaseous and liquid state. An increase in the ambient temperature causes the liquid to vaporise, expanding the bellows and compressing a spring. Decreases in temperature cause the gas to condense and become a liquid again, contracting the bellows and slackening the spiral spring. A change of only one degree within an ambient range of 15 degrees Celsius to 30 degrees Celsius, or a change in 3mmHg (millimetres of Mercury) can power an Atmos clock for two days. Consider that the average home will have a temperature variation of at least 5 degrees Celsius, that should be enough to keep the Atmos running without intervention for years. 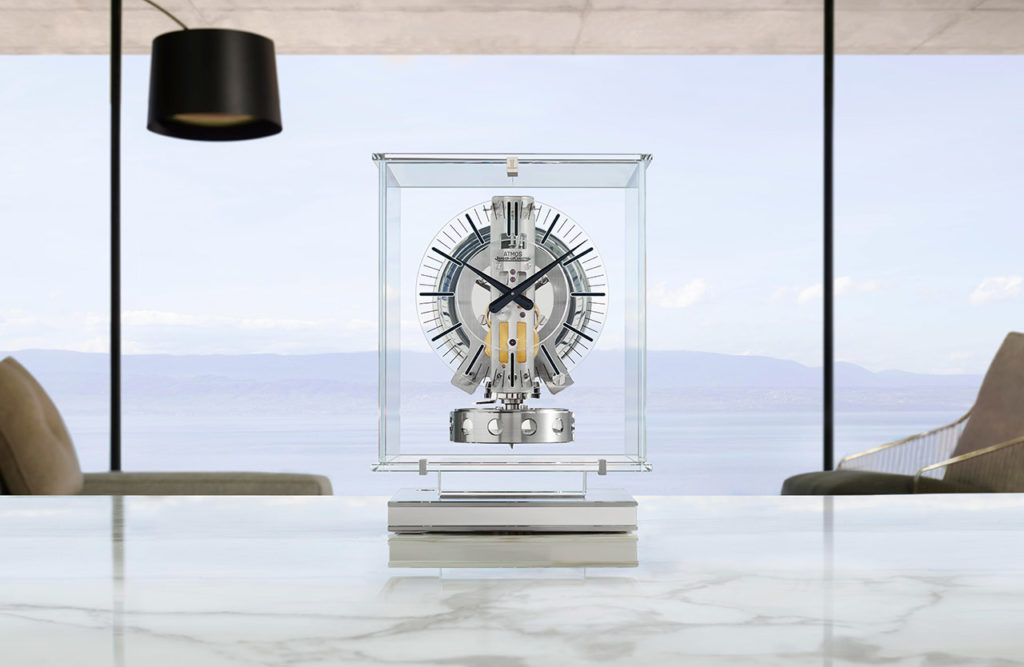 This, in turn, keeps the mainspring wound, providing power to the clock. A torsion pendulum, situated underneath the main clockwork, provides regulation for the timing of the clock, taking 30 seconds to rotate in one direction and 30 seconds to return to its starting position. A torsion spring is also the spring you tend to see on mantle clocks with four decorative balls spinning in one direction and then the other, in the case of the Atmos it’s used because it is much more power-efficient than a regular pendulum. 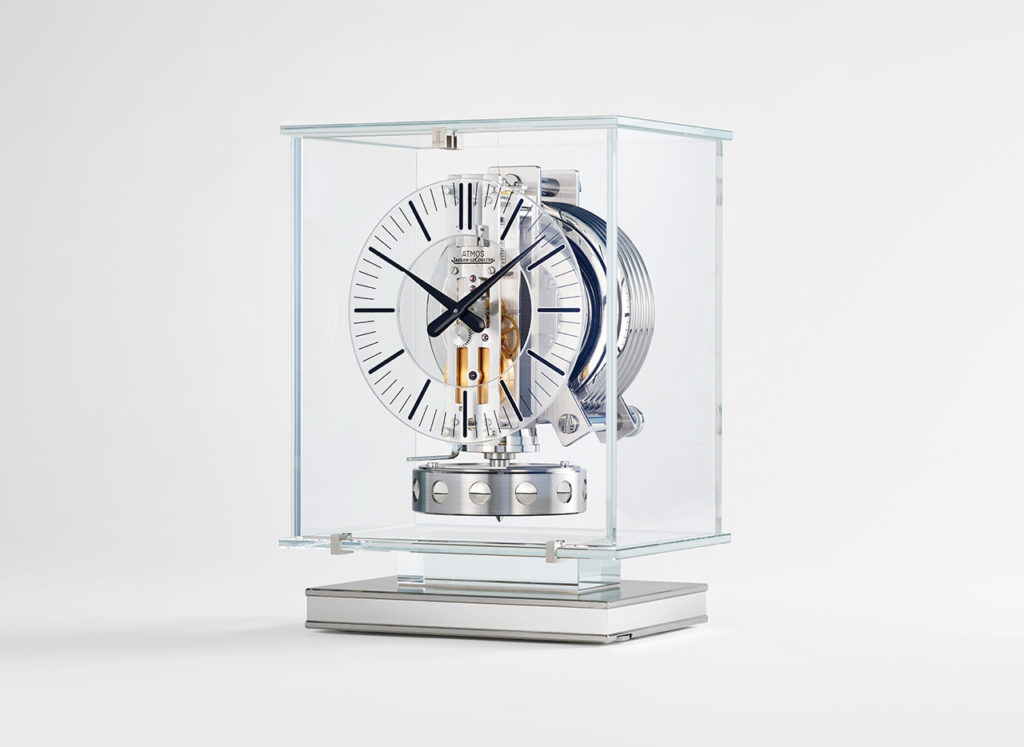 The Atmos Transparente stands out with clean lines and a look that seems very reminiscent of an engineering type environment. The central column behind the transparent dial seems almost like it should have been embellished with a scientific instrument, maybe Jaeger-LeCoultre could introduce a power reserve indicator in there? Presented in an anti-reflective case sitting on a satin-brushed base, the new Atmos could easily blend into any environment thanks to, well, it’s transparent-ness.