It was the 1960s when Rolex and James Bond met. Swiss watches and British spies have remained intertwined ever since Dr No in 1962. The quality and reliability of Swiss watches remained unmatched and enticing be it on the beach, by the pool or on the casino floor. 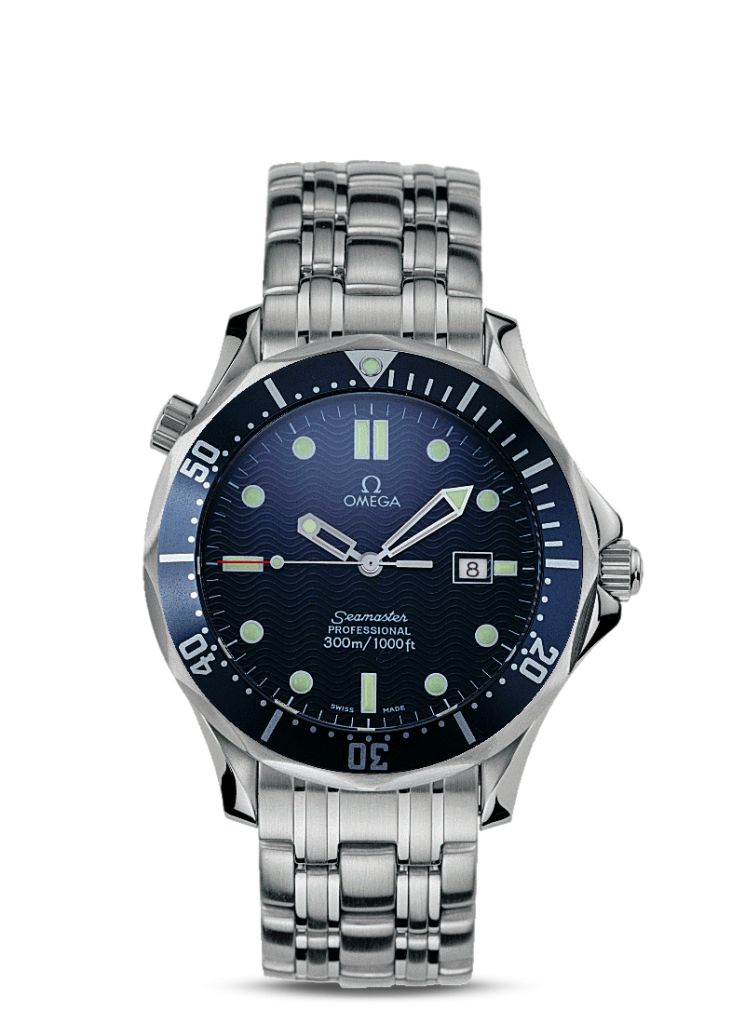 For a while, the Rolex Submariner was used, with the actors at one point using the Rolex off a crew member’s wrist as there wasn’t one available. Then, in 1995 the watch changed. Pierce Brosnan stepped onto the scene in Goldeneye wearing a quartz Omega Seamaster 300 ref. 2541.80.00 (a watch I happen to own). Omega was eager to be working on the James Bond series because of the high profile product placement and the notice this would get the company. 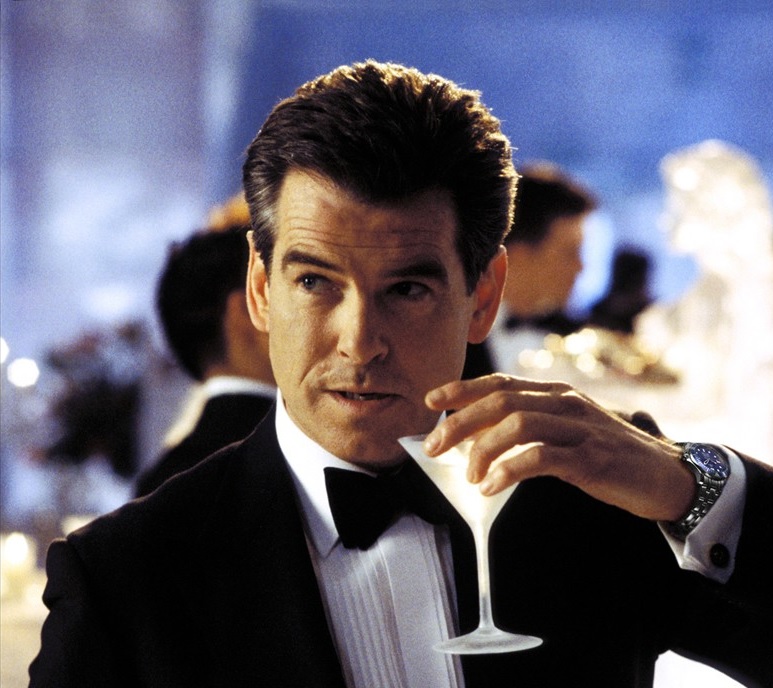 After this model, James Bond would wear the automatic version of the Seamaster 300. In 2002, a commemorative version was made which had the James Bond logo on the front, the caseback and the clasp.

Then the current James Bond, Daniel Craig, came into our lives with a remake of Casino Royale. He wore the Seamaster Planet Ocean with his business suit, it accompanied him all the way to Montenegro (Hotel Lustig, Casino Royale) and was even picked up on by Vesper Lynd, who asked if it was a Rolex. James told her it was an Omega and she said it was beautiful, that’s brand placement indeed. The Planet Ocean returned in Quantum of Solace and of course so did the commemorative version of the watch for those who aren’t British super spies to wear. 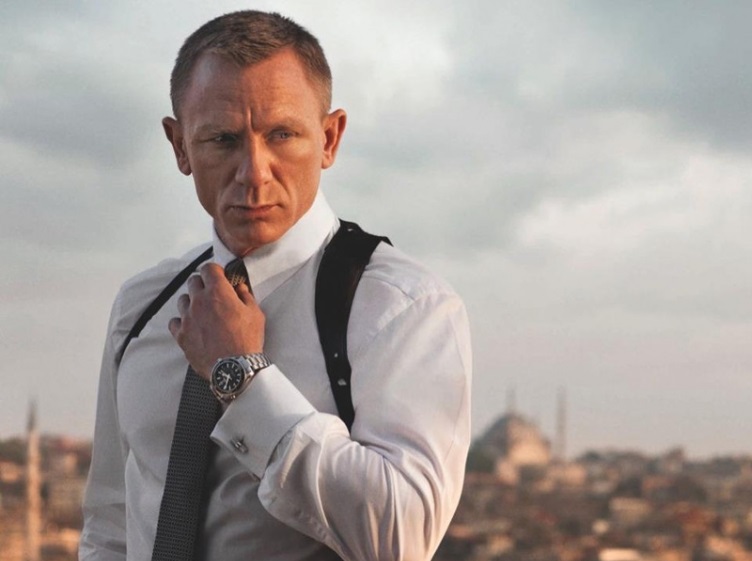 If anyone noticed, in Skyfall James Bond wore a Seamaster Aqua Terra on a bracelet. It works well and is sharper with a suit than a full on a diving watch like the Planet Ocean or the 300, but then again it’s not as useful if he’s scuba diving in the Caribbean. 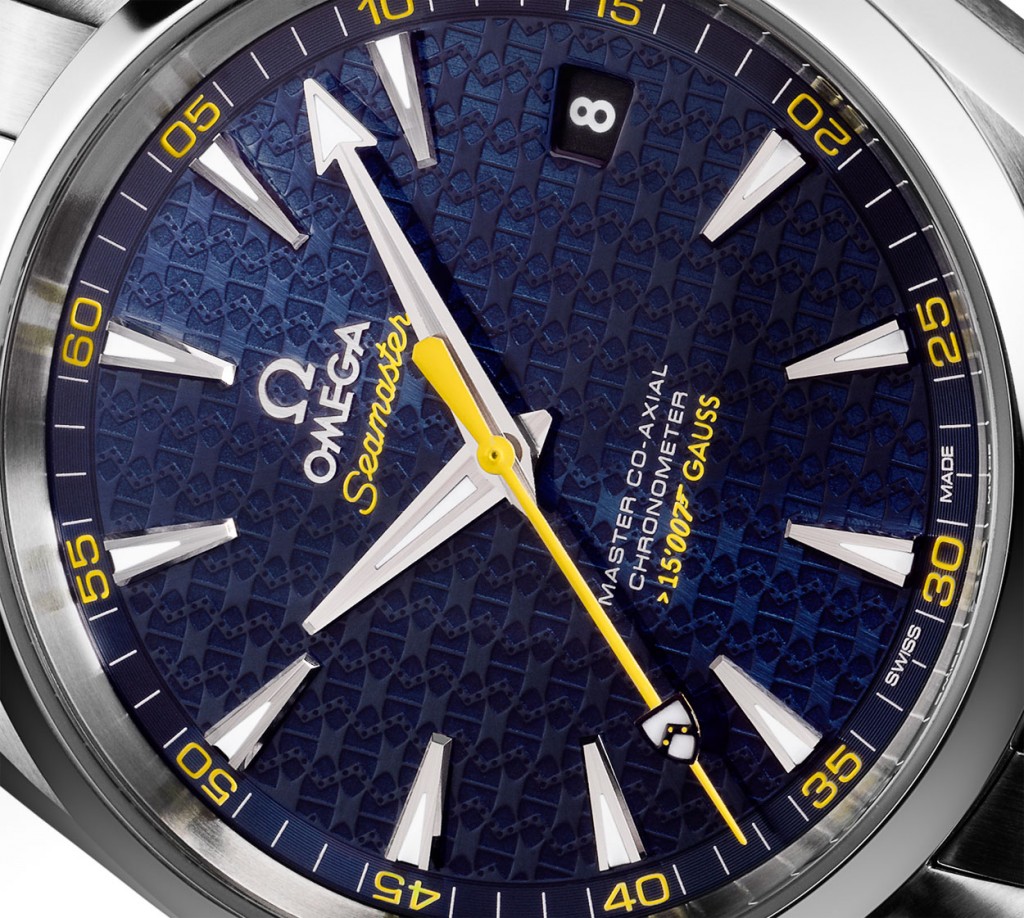 In Spectre, the new film, James wears another Omega, this time its the Aqua Terra again. The dial of this new watch has been engraved with the shape of the Bond family’s coat of arms. Apart from this, the other major difference on the dial itself is the 15,000 gauss logo which has the 007 logo molded cleverly into it at the same time. 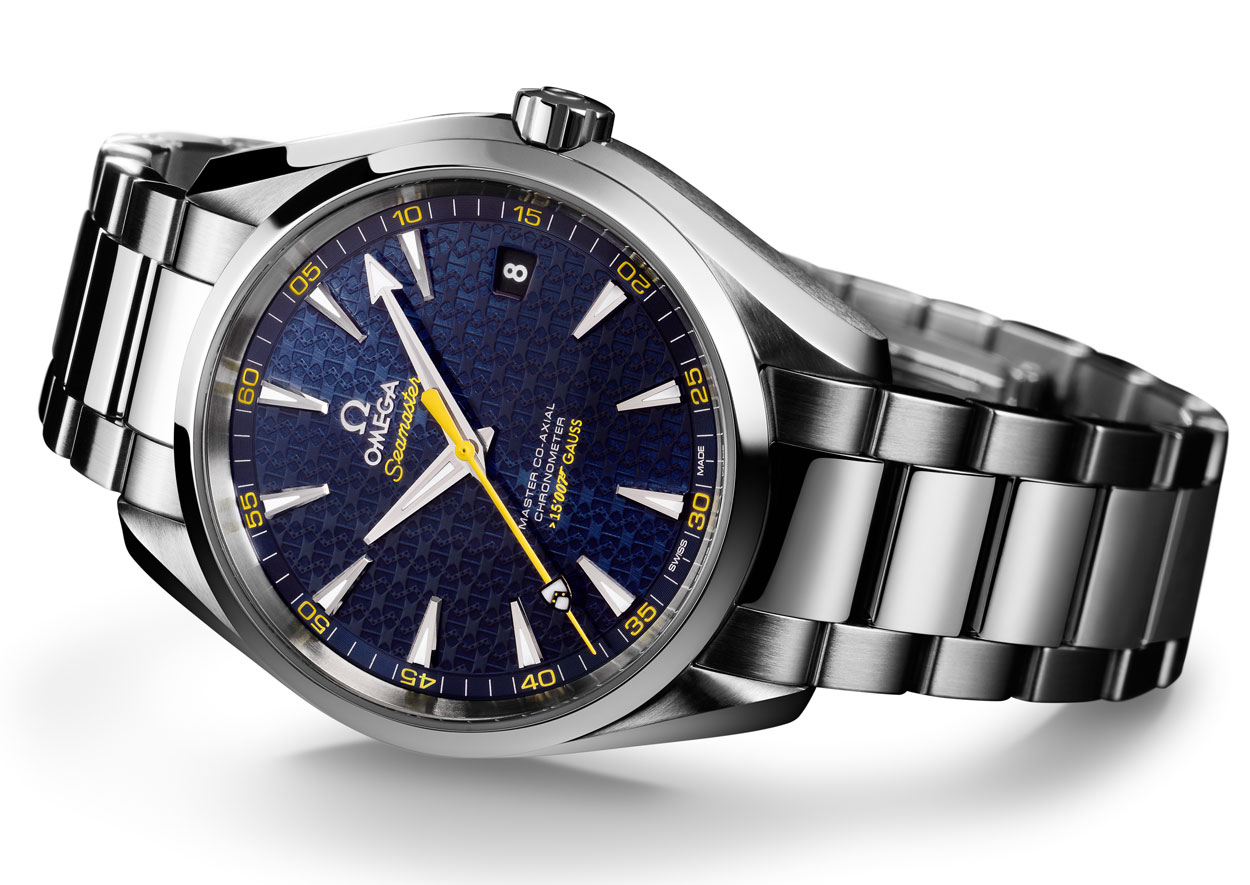 Also, the watch’s second hand, unlike the 15,000 gauss, is solid yellow, not striped. This watch is limited to 15,007 pieces, a clever little suggestion to the 15,007 number on the dial. This watch will still be very demanded, even if the worldwide limit number is rather high for a limited edition piece. What I also like about this piece is the fact that it’s a lot more subtle than the previous limited edition watches such as the Seamaster 300. This watch will be 150m water resistant, 41.5mm across and also features Omega’s Master Co-Axial movement. Of course, the most important spec is that you’ll get that ultimate spy feeling wearing it. 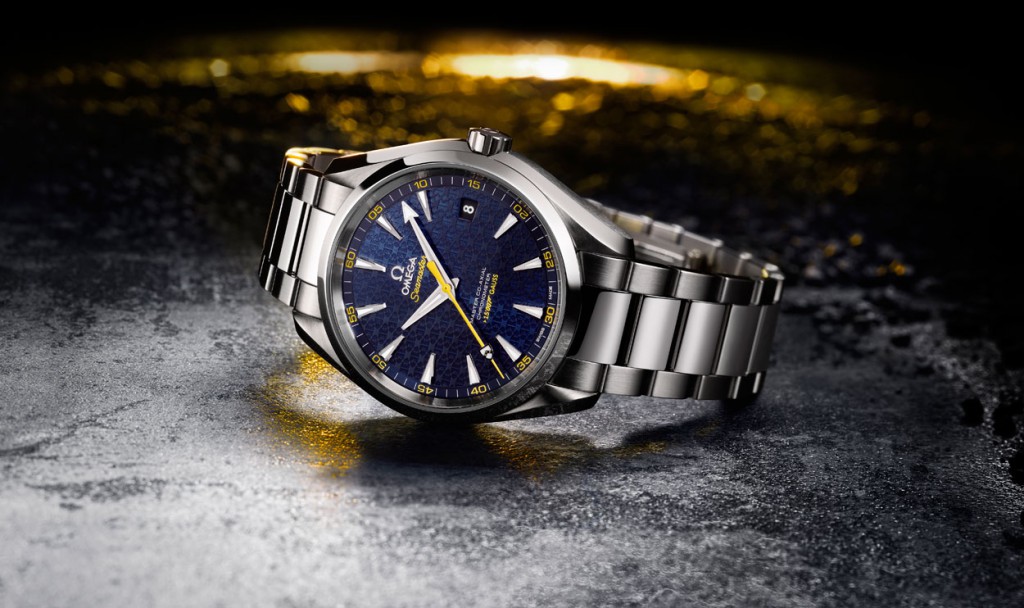 This watch and the 007 Spectre movie will be released on the November 6th this year and you can find out more on their website: omegawatches.com