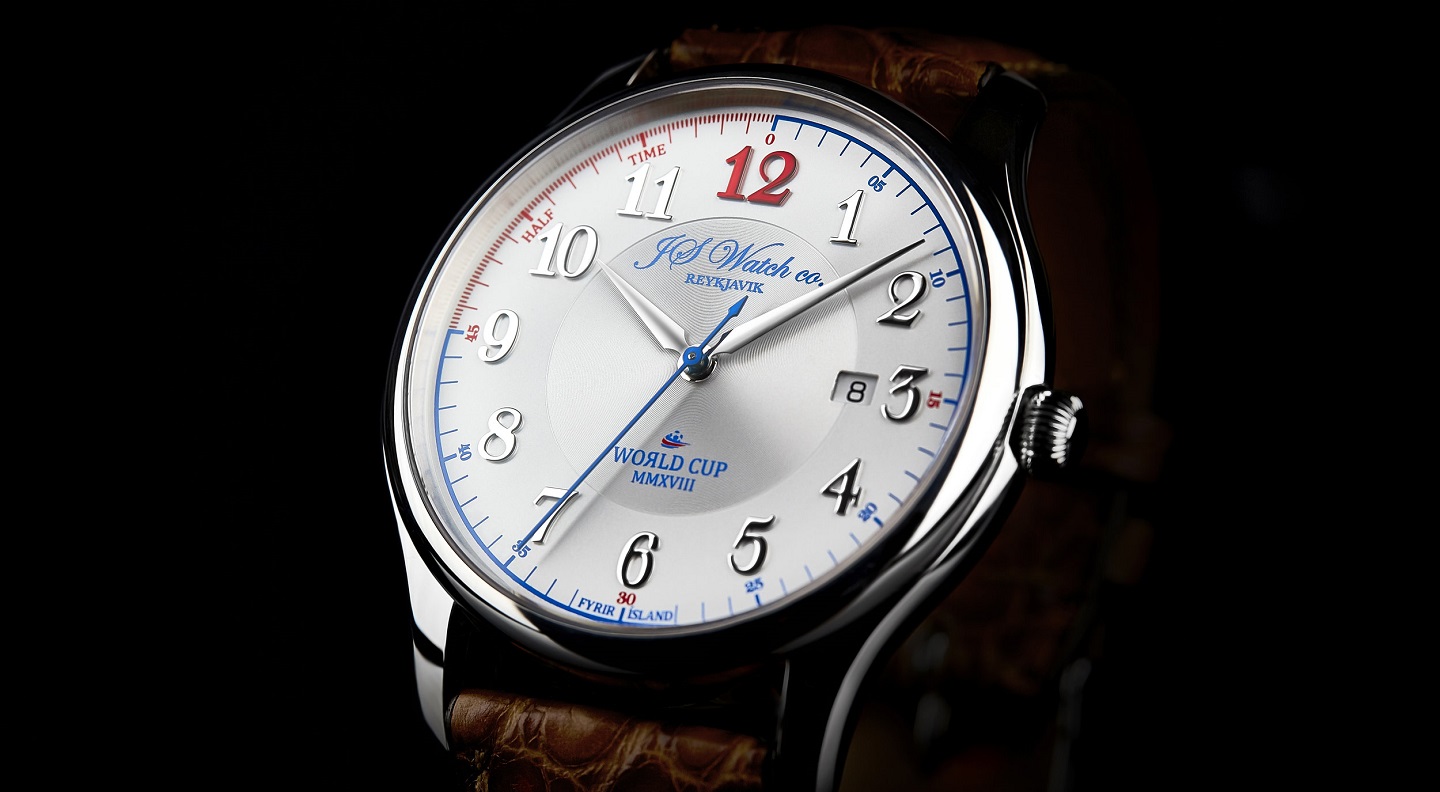 Iceland may not be the default country that springs to mind when one thinks of luxury watches, but perhaps we should all be keeping an open mind on the subject. 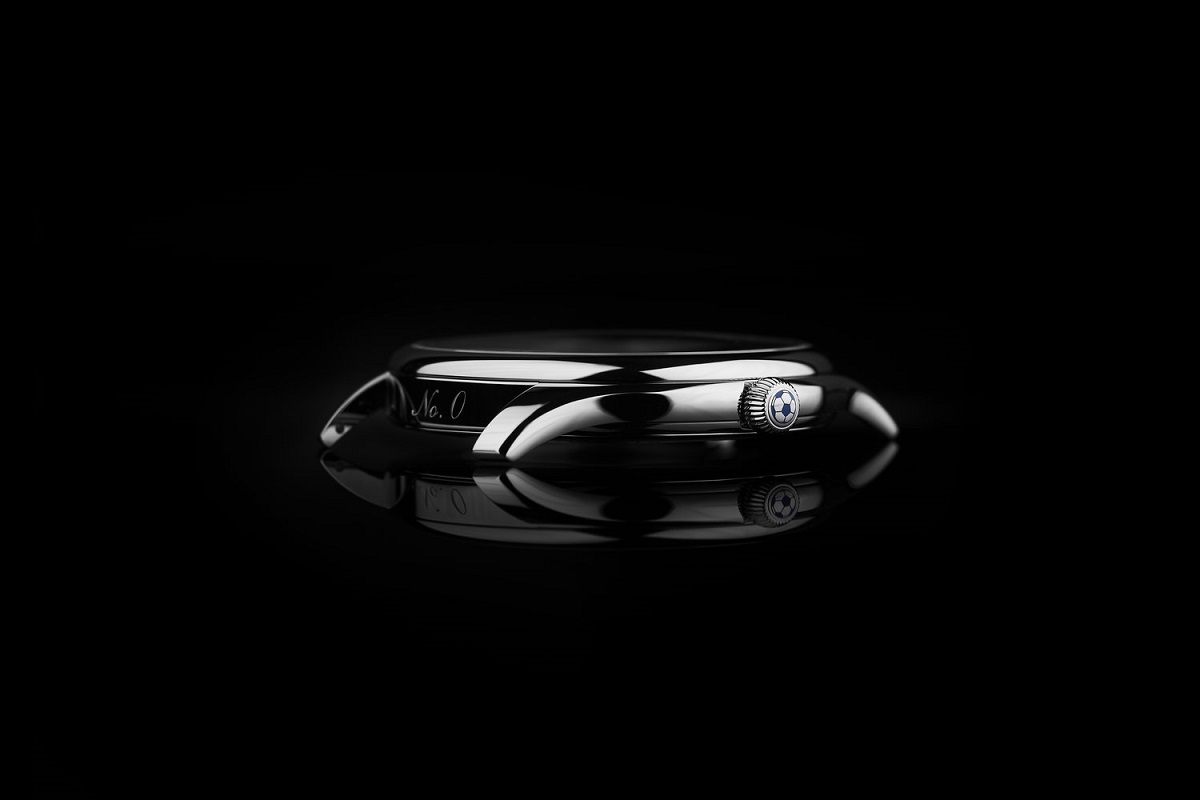 Starting this May 2018 the first 30 pieces of the limited 300 piece run have been reserved for the National team members, although they have already started taking names and reservations for the remaining pieces. 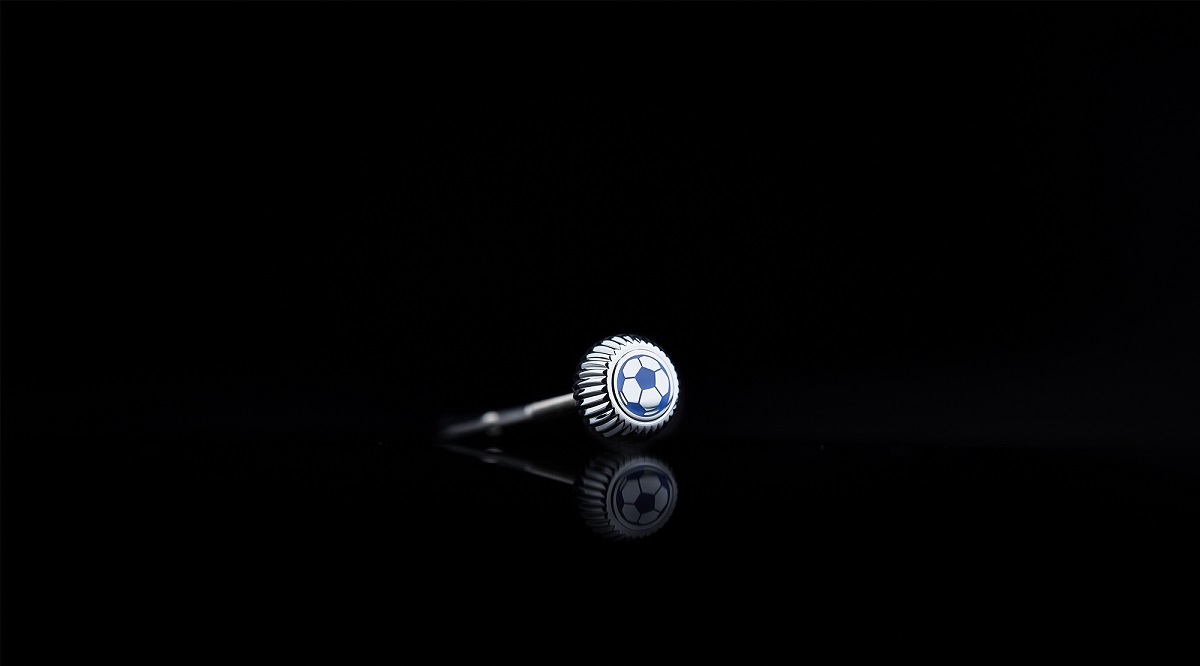 This came about when Captain of the Icelandic National Team Aron Gunnarsson approached JS Watch Co. with the idea of creating a celebratory watch for the event. Just like the Euro MMXVI Limited Edition before it, the new WOЯLD CUP MMXVIII edition sports the national colours of the Icelandic flag with the addition of some finer details.

The specifications apart from the detailed design features are a 43.3mm case made of 316L surgical grade stainless steel with a polished finish. Housed in this case is an “Execution Top” automatic 25 jewel Swiss movement offering 38-hour power reserve, shock protection, custom decoration with blued screws with a rhodium-plated finish, and a respectable 50m water resistance. Finished with a variety of 22mm strap options from Calf, Ostrich, Ostrich leg, to Genuine Alligator.

This piece is jam-packed with references to the National team, the game, and the fans. We see Arabic numbers 1 thru 11 in silver for all the players on the pitch, the 12th being red representing Icelandic fans considered to be the 12th player or “Tólfan”. Staying with the theme the minutes from 0 the 45 are in blue representing the halftime, followed by 45 to 60 in red reading halftime rather than the traditional 45 to 60 minute markers. At 6oclock we see the words, “Fyrir Ísland” translated “For Iceland” and above it is written WOЯLD CUP MMXVIII with the backward Я to remember this year’s host country, Russia. 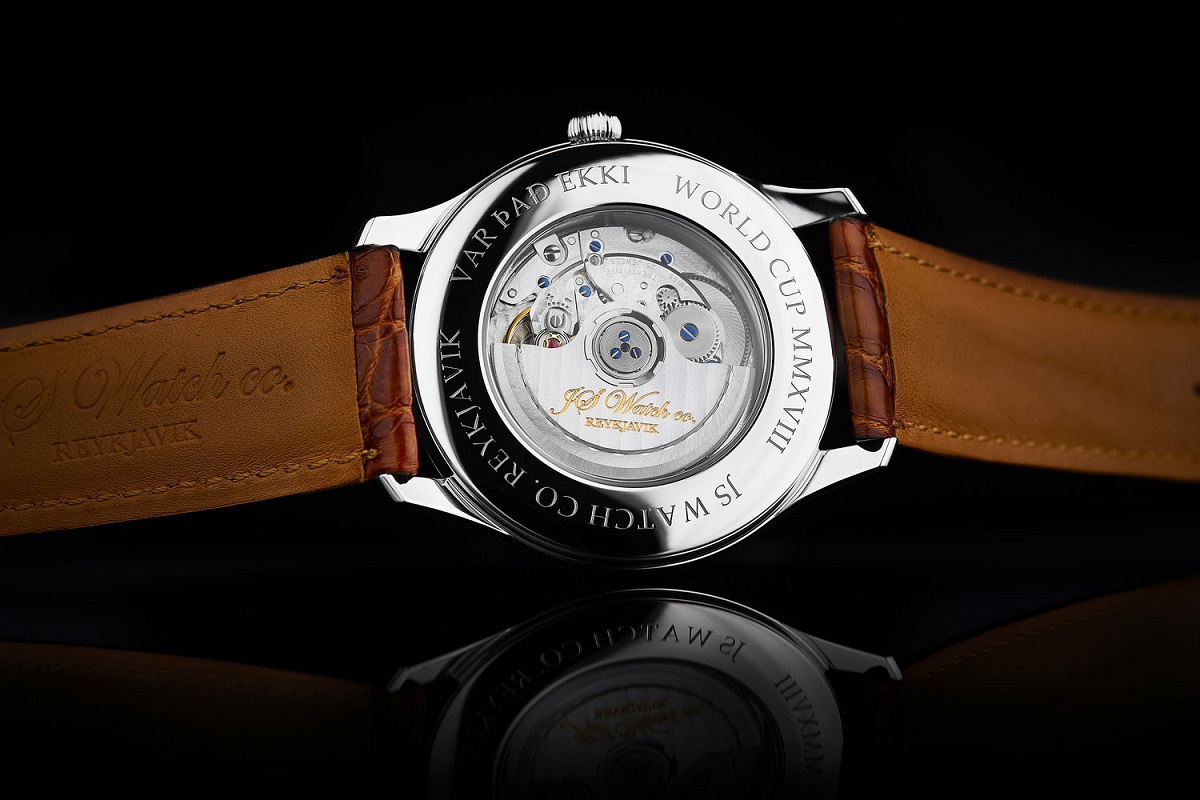 If that was not enough, the second hand is representative of a Viking spear and on the back is engraved JS Watch Co. Reykjavik, World Cup MMXVIII and “VAR ÞAÐ EKKI” which translates to “WASN’T IT SO?”, and finally, the crown in ceramic blue is engraved with a small soccer ball.

This is a very specific design for a very specific reason, which means there is one very specific demographic with an interest in this product. It’s true to say this is a very attractive piece and at €3,220 it’s priced at the top end of entry-level luxury, but it’s also fair to assume there’s enough local interest to easily shift all 300 pieces quickly. In short, this is a lovely watch, but it surely holds more interest to the Icelanders than the rest of the world. For more info, visit JS Watch Co. online.