In my last article I looked at Breguet’s musical watch, which is a fantastic effort. Now though, let’s look at something even more amazing. It’s not a timepiece, which may confuse you as this whole website is based around watches. No, what it is is a music box.

I’ve mentioned them before in the La Musicale review. This piece is designed and crafted by MB&F, contains a true gem in the Swiss world of clockwork things. No, it’s not an automaton (if it were I’d hate it because they creep me out). Rather, a movement made by Reuge which is world-renowned for producing some of the best and most complex music boxes ever. Think of them as the Patek Philippe of the music box world, but way more adventurous with their designs.

Before I prattle on about Reuge I should explain why they are special to my heart. You see, when I was young I was given a little movement from a music box. It brought lots of fun just listening to the plinkity plink noises it made. I lost it for a few years, then last year I found it again and was delighted to find that it still worked. I took a closer look at it and saw the name Reuge on it, so I looked up the company and here we are today. 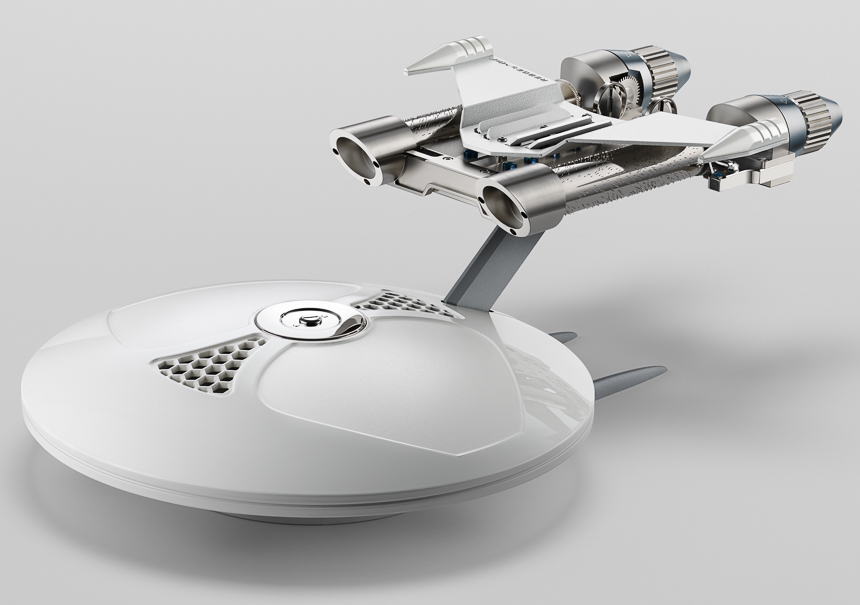 However, the Music Machine 2 is much more complicated than my little music box movement. The Music Machine actually makes music by having 2 cylinders with teeth on. There’s a corresponding comb of metal strips that have varying lengths. These strips are tuned to make musical notes, the cylinders that the teeth are on move slowly round and pluck the comb. Ordering the teeth in a logical way can create unique sounding music, in this case, Led Zeppelin, Star Wars and Star Trek themes. 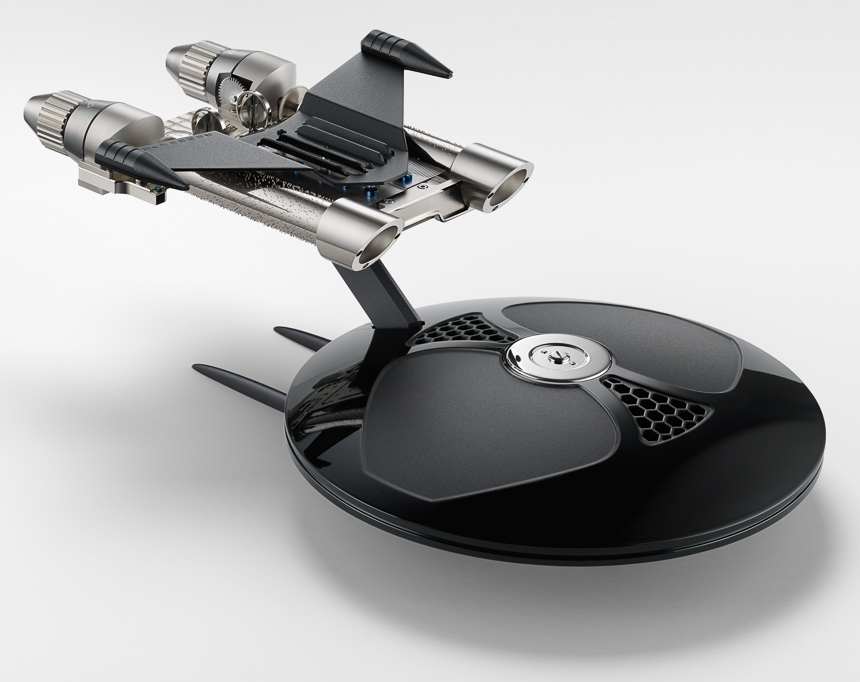 So what’s the whole science fiction thing about? Well the clever bit is that the big dish at the front helps to amplify sound. Inside the dome is a what’s called a soundboard, this amplifies the should itself and is commonly found on violins and other stringed instruments. It’s essentially two very thin layers of spruce wrapped around a honeycomb like Kevlar substance called Nomex. As for the engines, they’re actually the barrels that make the music, and the fin above them also helps the sound really spread out into the surrounding. This is a very dynamic piece indeed. And to add to the list of uniqueness the Music Machine possesses, the spruce used is over 350 years old and is only cut down a waning moon in November because that’s when the air is driest. An 80-year-old man, Lorenzo Pellegrini, is the only person allowed to select the trees used as only 1 in 10,000 can become a part of the Music Machine 2.

All those real buffs out there will notice that the Music Machine 2 is actually the USS Enterprise NCC-1701 upside down. Now, this part may cause confusion as the design actually has nothing to do with the Star Trek franchise, that’s right. It’s not a replica of the Enterprise or any Federation , it just happens look like it.

Are you asking “So, where’s the clock?”. If not, why? It doesn’t matter if you hadn’t noticed the lack of it. Yes, it’s a bit odd reviewing something for a website called WristReview that isn’t worn on the wrist or even able to tell the time. But, should we expand out a little then I think that this could be the way to go. Until then, back to the Music Machine. 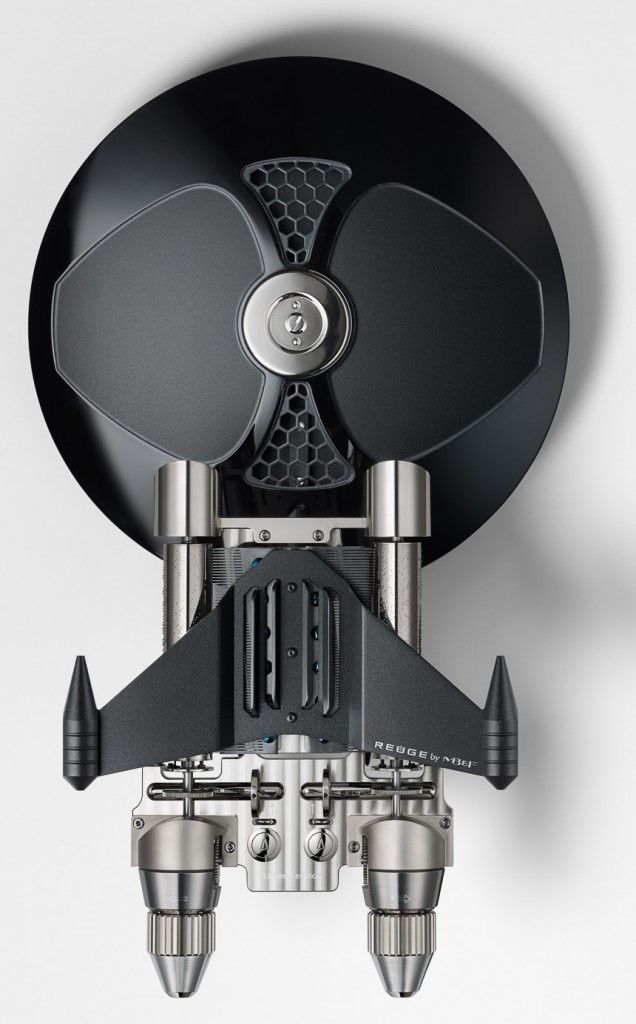 Designed by MB&F, the songs were chosen specifically by the boss himself because of his love of science-fiction. Speaking of which, the chosen songs include the Imperial March (Star Wars), the Star Trek theme and rather oddly; Stairway to Heaven (not all of it though).

Will this $21,000 musical art piece get the Complication of the Century award? Frankly, no. This is because although from the world of horology this looks super complex in the world of music boxes the Music Machine 2 is pretty basic in function. However, extra brownie points are awarded for 2 music barrels instead of the usual 1.

Even if you have enough to buy one of these you’re too late as both black and white versions have completely sold out. Feel free to gawk though! In the future I’ll also be doing special articles every now and then on music boxes (mostly Reuge), these will be 1 offs though, not a recurring series. For more info, please visit mbandf.com & reuge.com