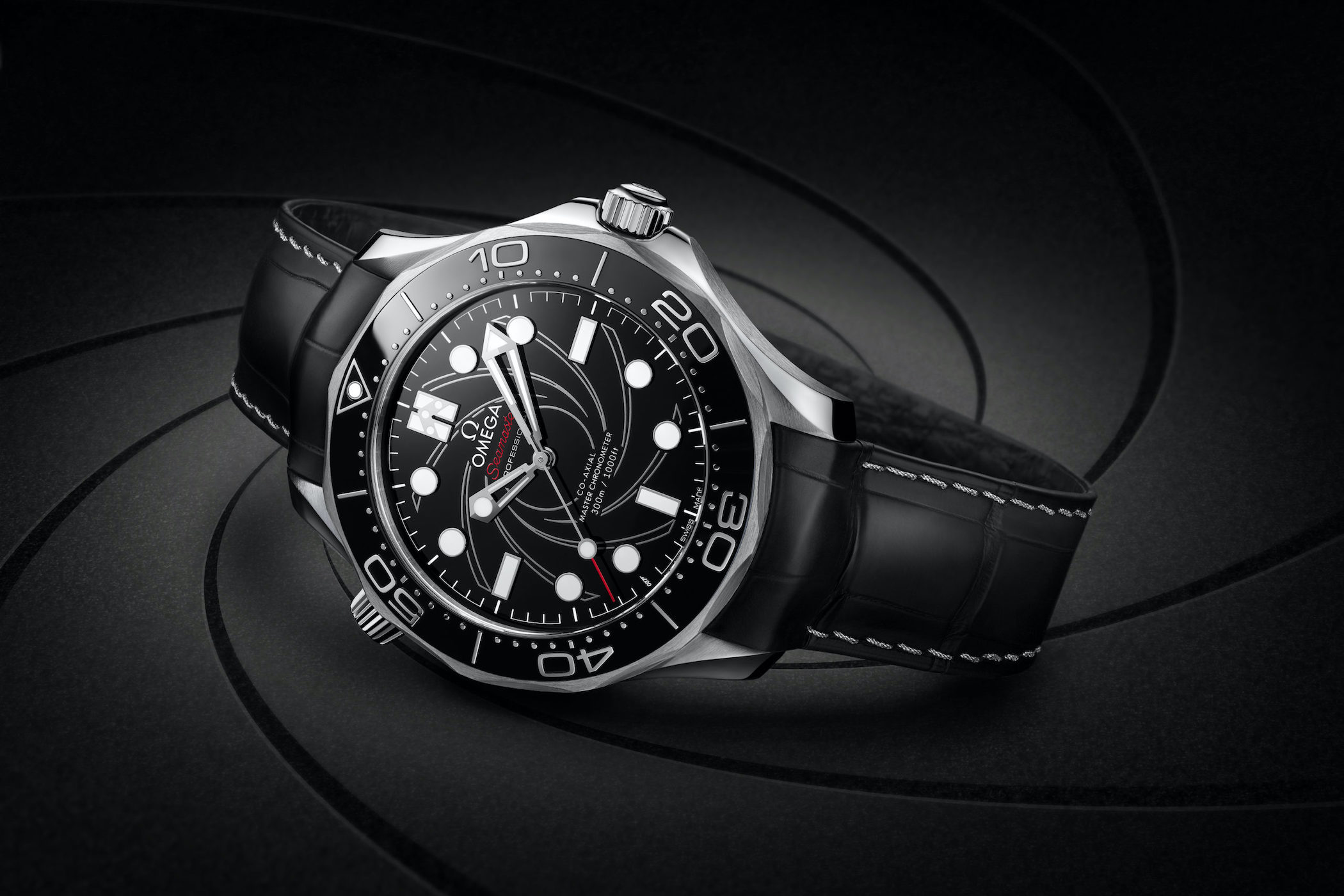 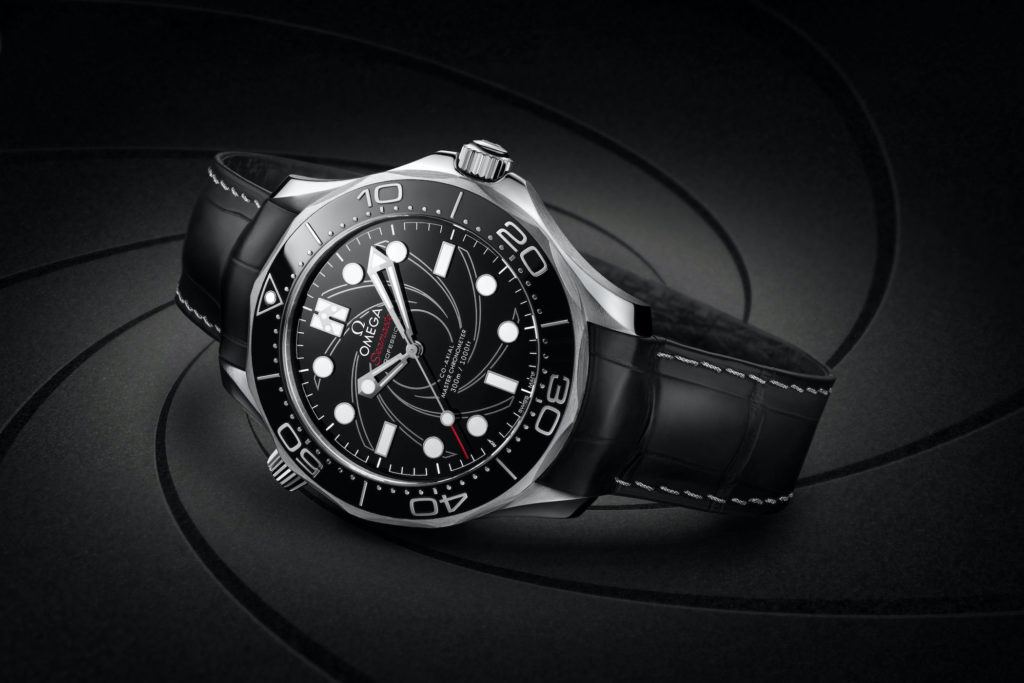 The new 2020 Omega Seamaster 300M “James Bond” Platinum-Gold looks identical to last year’s release but features a few noteworthy differences. Starting with the front, you still get a 007 inspired face that features the Bond coat of arms at 12 and a subtle 007 logo behind the marker at 7. However, the dial is made of black enamel instead of ceramic and features the bond spiral vector in 18k white gold along with the minute markings in white enamel. 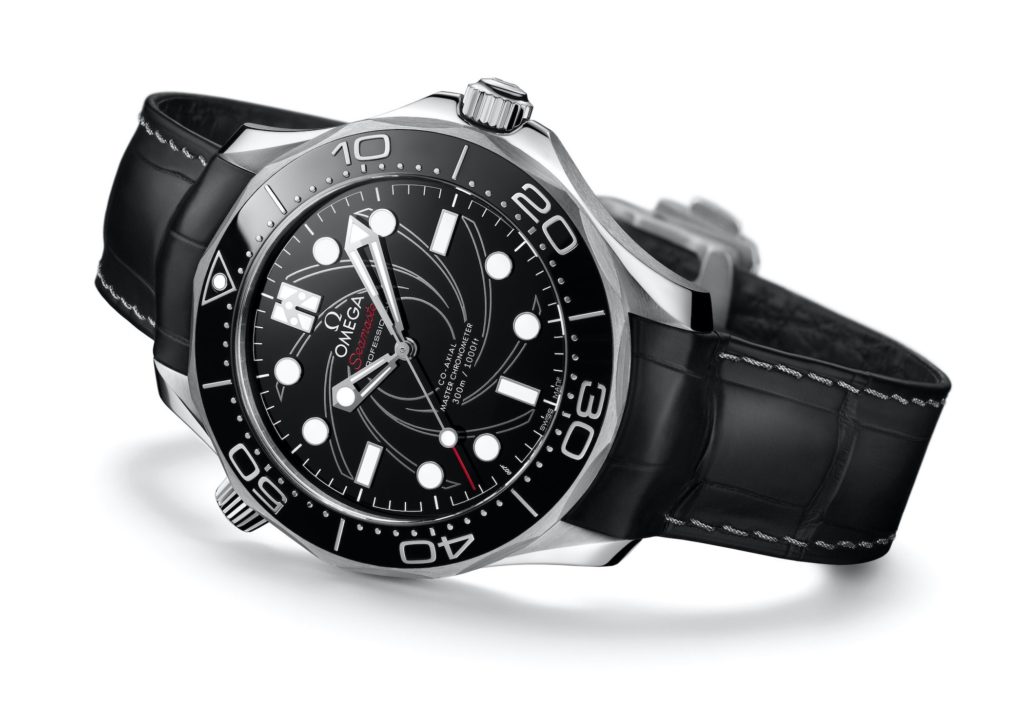 Like the dial, the case also looks quite familiar. It measures 42mm in diameter and has the same bold appearance with lyre-shaped lugs, a conical manual helium escape valve, a threaded crown at 3, and a scalloped bezel on top. But what makes things special here is the choice of materials. The case has been crafted from platinum and features a platinum-gold plate on the side engraved with the text “Numbered edition”. Similarly, the bezel is made of black ceramic, but the diving scale has been applied in platinum instead of being engraved and filled with enamel. 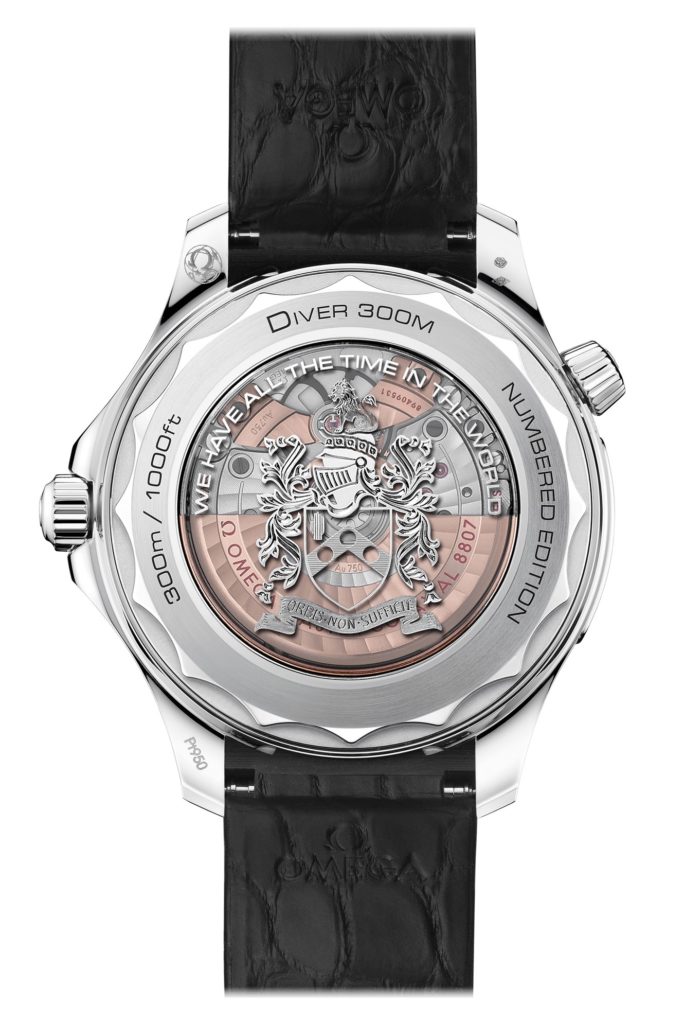 Flipping the watch over you get an exhibition case-back to view the caliber 8807 that powers this watch. This is an in-house automatic movement that is METAS certified, operates at 3.5Hz, and offers a power reserve of around 55 hours. The movement features a red gold rotor and balance bridge and is tastefully decorated with arabesque Geneva stripes throughout. Sadly, the movement is only partially visible as the sapphire glass has been laser engraved with the James Bond coat of arms. 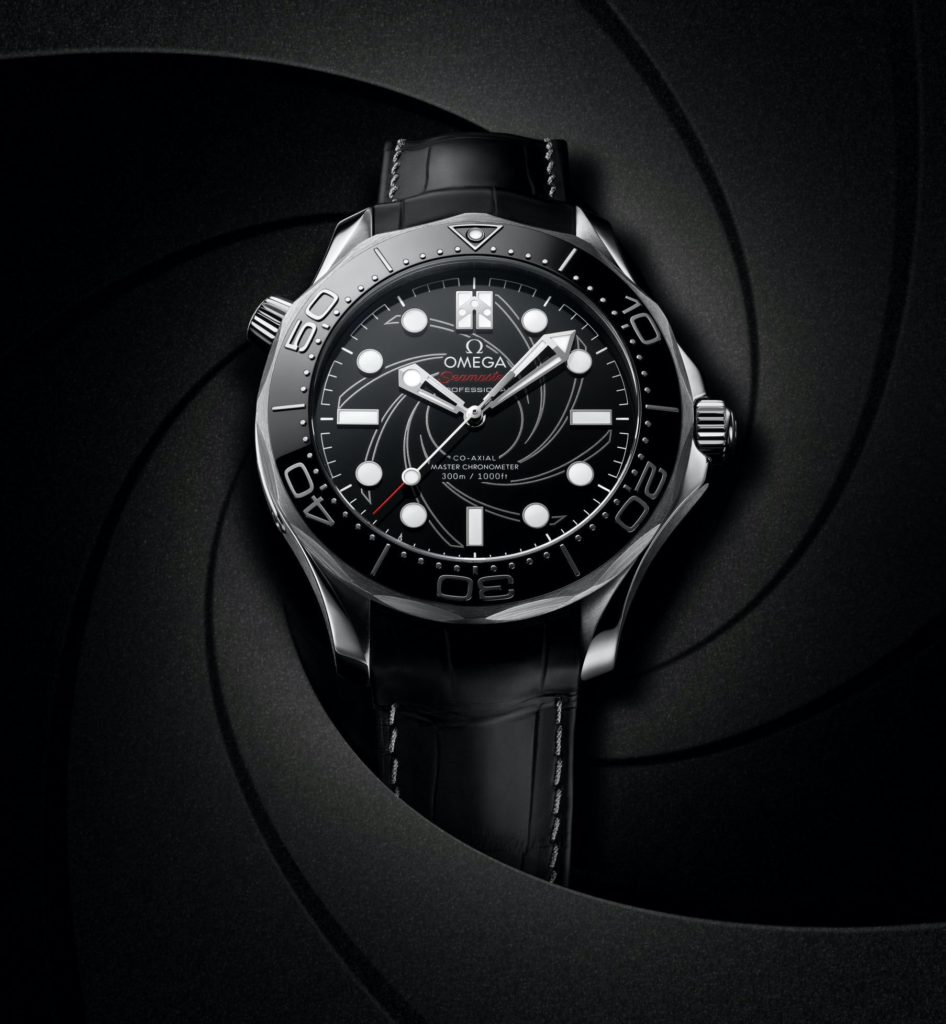 The new Omega Seamaster Diver 300M “James Bond” Platinum-Gold Numbered Edition would come attached to a black alligator strap and would be delivered in a suitcase with an additional rubber strap. The watch will retail for EUR 48,800.