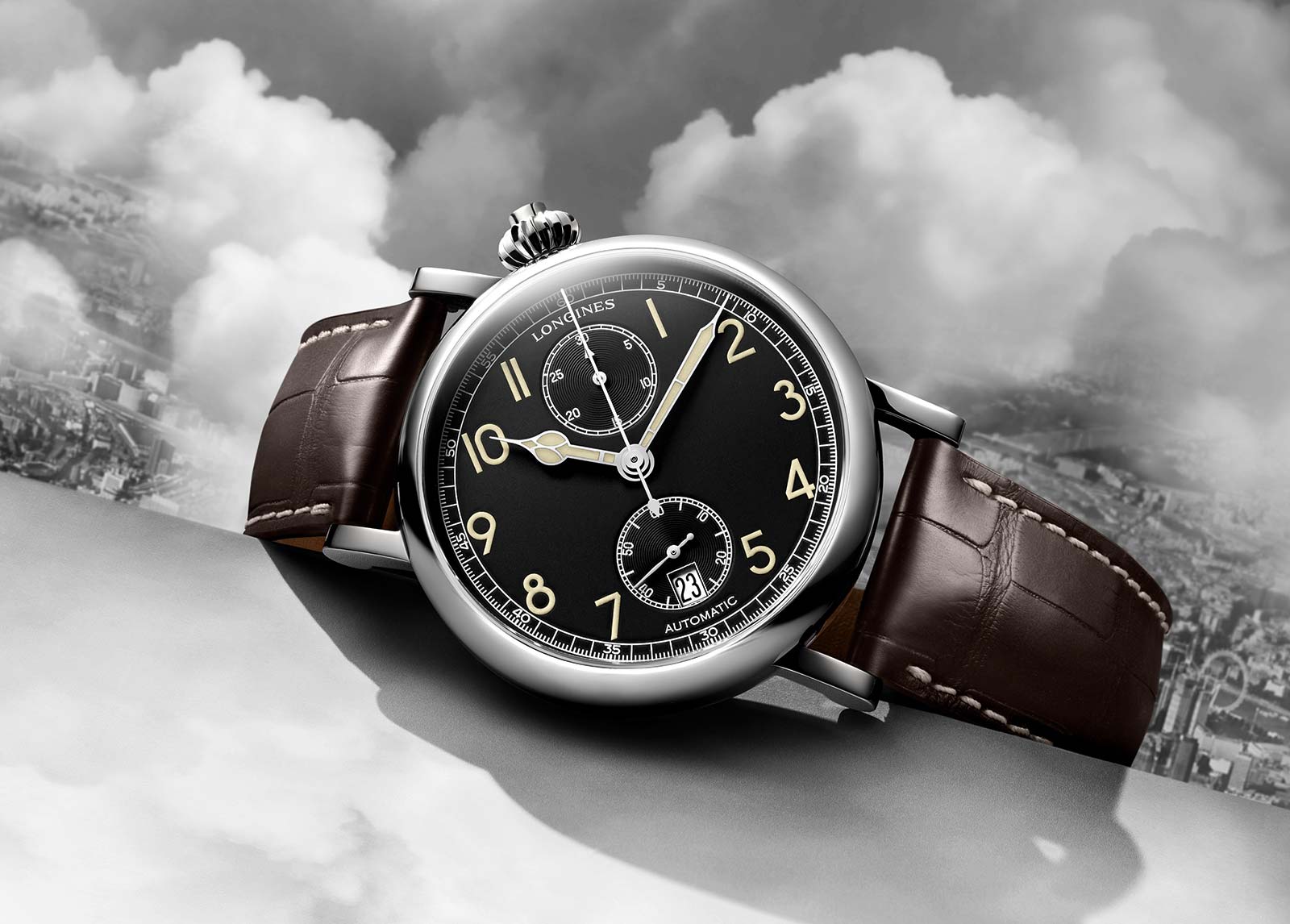 In 1935 the US Air Force (at the time a part of the US Army) ordered from Longines a watch that could be used by pilots. Back in the early 20th century, computers weren’t a thing, so there was no GPS to guide travellers on their way. A pilot relied on charts and an accurate and reliable chronograph timepiece to calculate distances. Currently, Longines seems to rely on reproducing its old watches which is why we’re looking at the A-7 1935 piece. 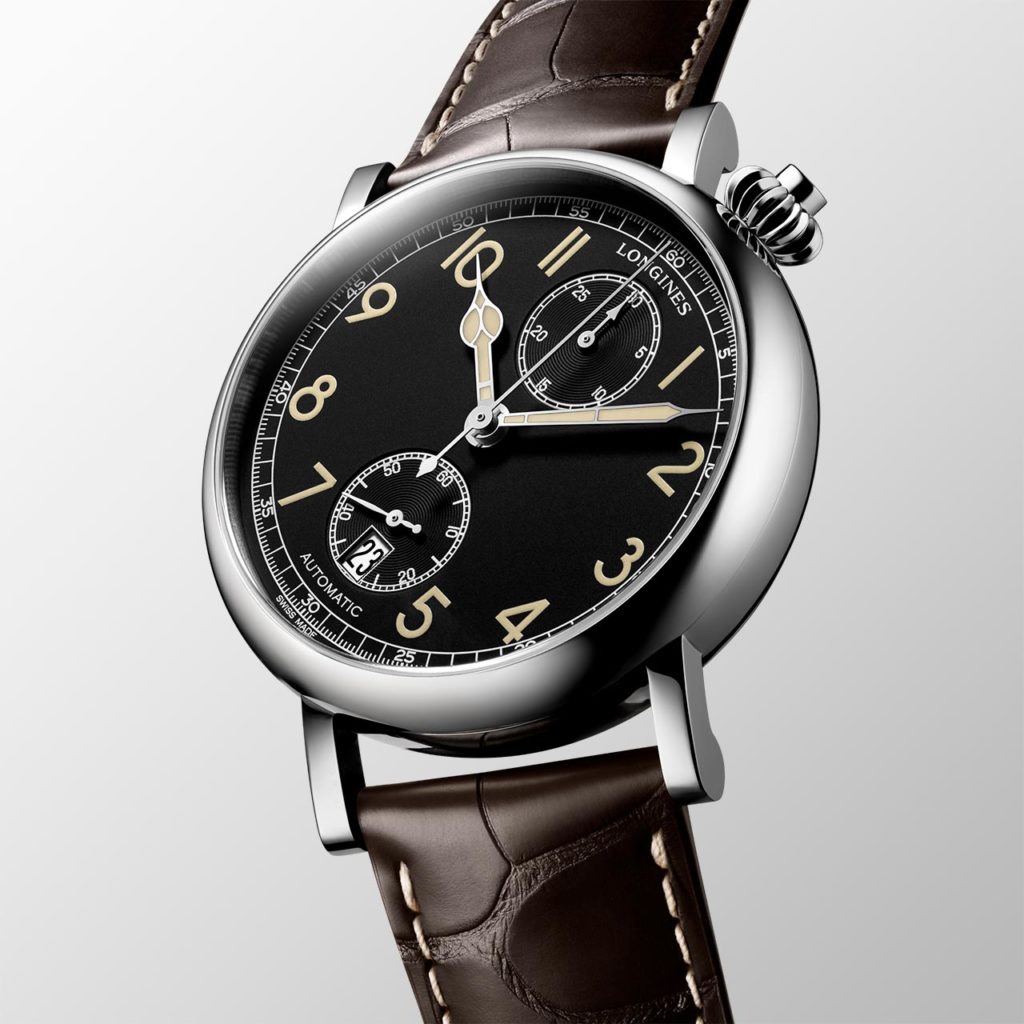 The main difference between this piece and a regular chronograph watch is the orientation of the dial. No, the dial feet have not broken allowing it to move around freely, it’s been purposefully inclined at a 40-degree angle. The reason for this is because, when flying an old-timey plane in an old-timey way, you need to have your hands on the controls (called a yoke) at all times. Because your hands are therefore out in front of you a regular watch’s dial would be at an angle, so Longines angled the dial so when the watch was worn on the left wrist the 6 O’clock marker points to the pilot, making it easier for them to read. If you wear your watches on the right as I do, well, good luck, I guess. 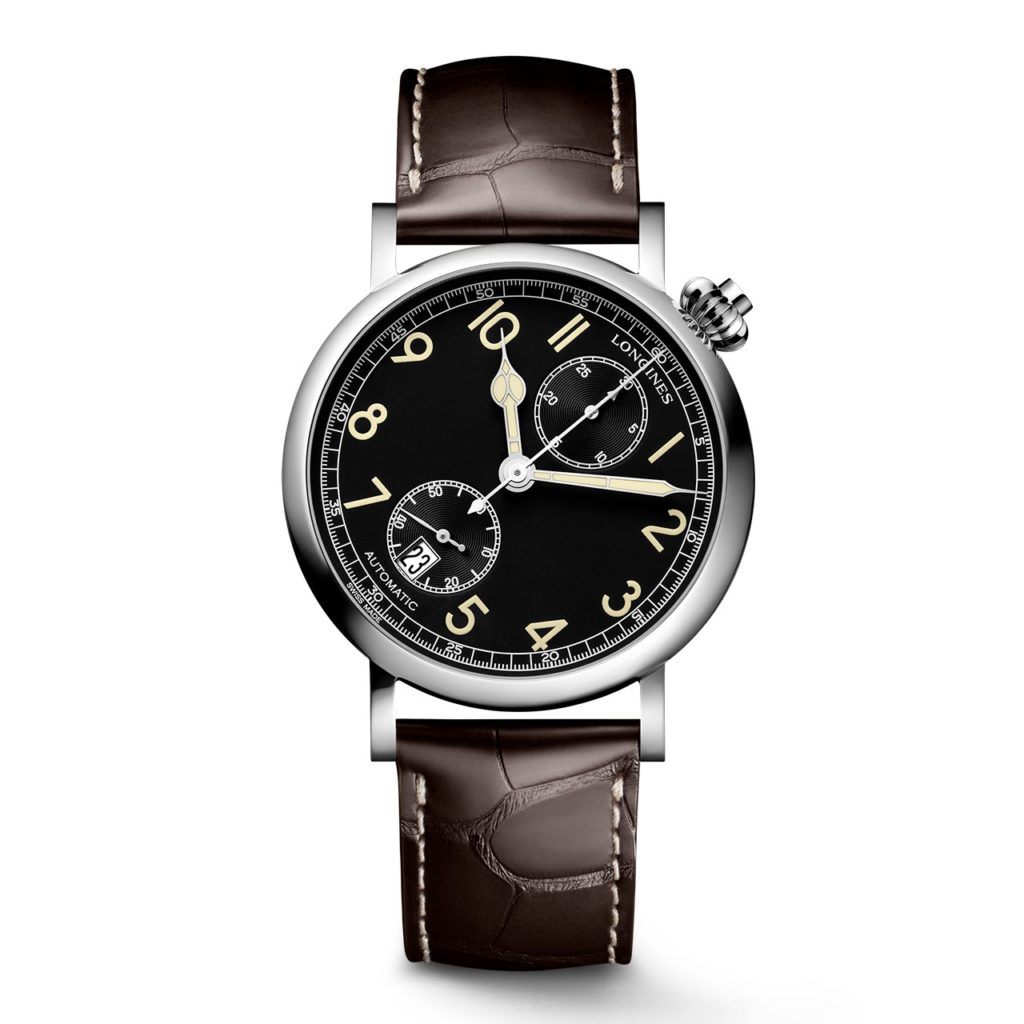 I’m usually supportive of Longines’ reproduction watches as they’re generally faithful to the original. This time, however, not so much. While the main elements of the dial are present, a couple of things have changed. For example, there is a date window in the subdial at 6 O’clock where there wasn’t before, and the cathedral hands on the new watch are a completely different shape to the leaf-style hands of the original. The markers are also larger, there’s more text on the dial and the minute track is slimmer on the new model, probably to allow for the extra stuff on the dial. 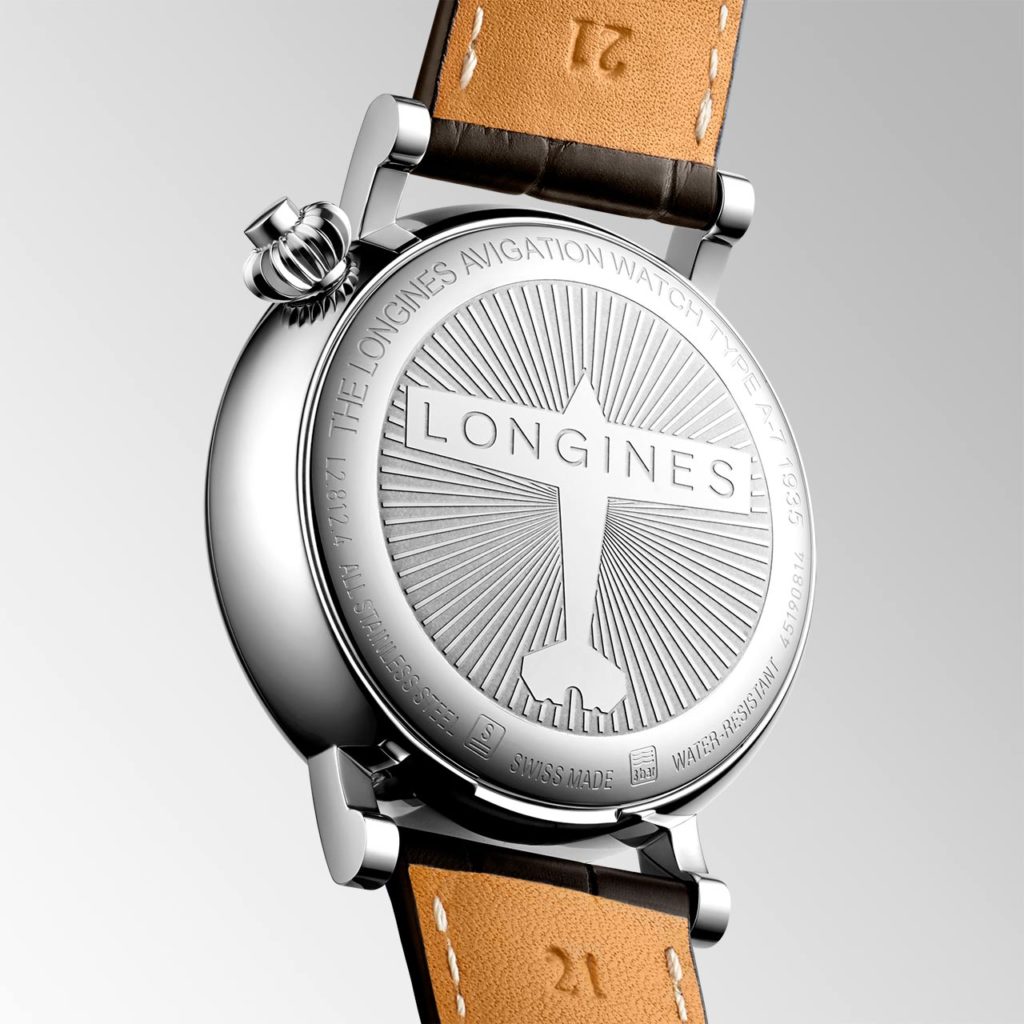 Inside the case is the calibre L788 which is Longines’ name for the ETA A08.L11 movement. This odd number from ETA features both a column-wheel control system and a single pusher to control the functions of the chronograph. This means that start, stop and reset follow each other in sequence. The pusher for the chronograph is also nested inside the onion crown just like it was on the original. The watch has a 4Hz beat rate and a power reserve of 54 hours while the case is water-resistant to 30m.