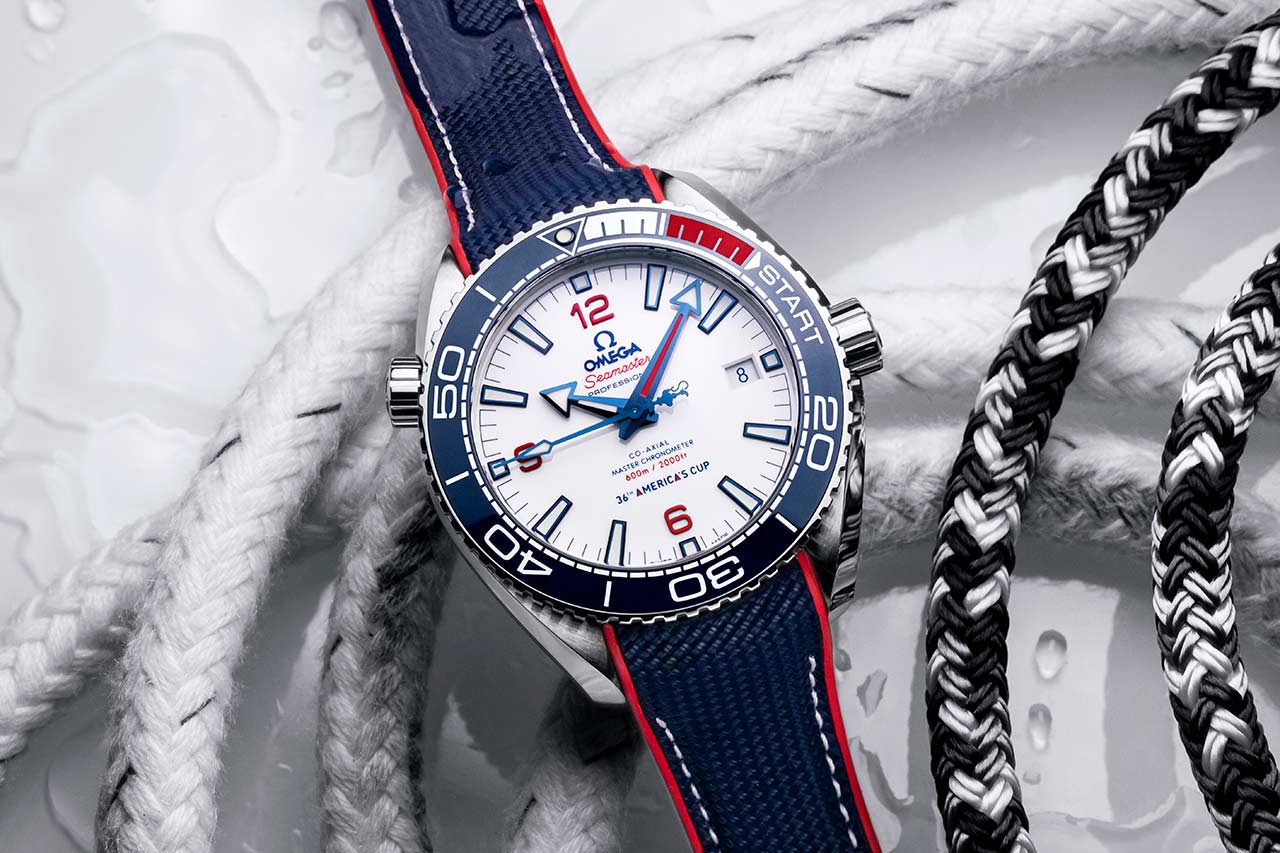 As you may already know, Omega is the prime sponsor of just about every event that Rolex and TAG Heuer don’t sponsor. Their most significant sponsorship just happens to be the Olympic Games, both the summer and winter editions. That’s undoubtedly the event that garners the most interest, and rightly so, the Olympics are the world’s largest sporting events. But, Omega isn’t just historied in lap timers and going into space, they’re also perfectly at home riding the waves. In 2021, the 36th edition of the America’s Cup will (probably) take place. 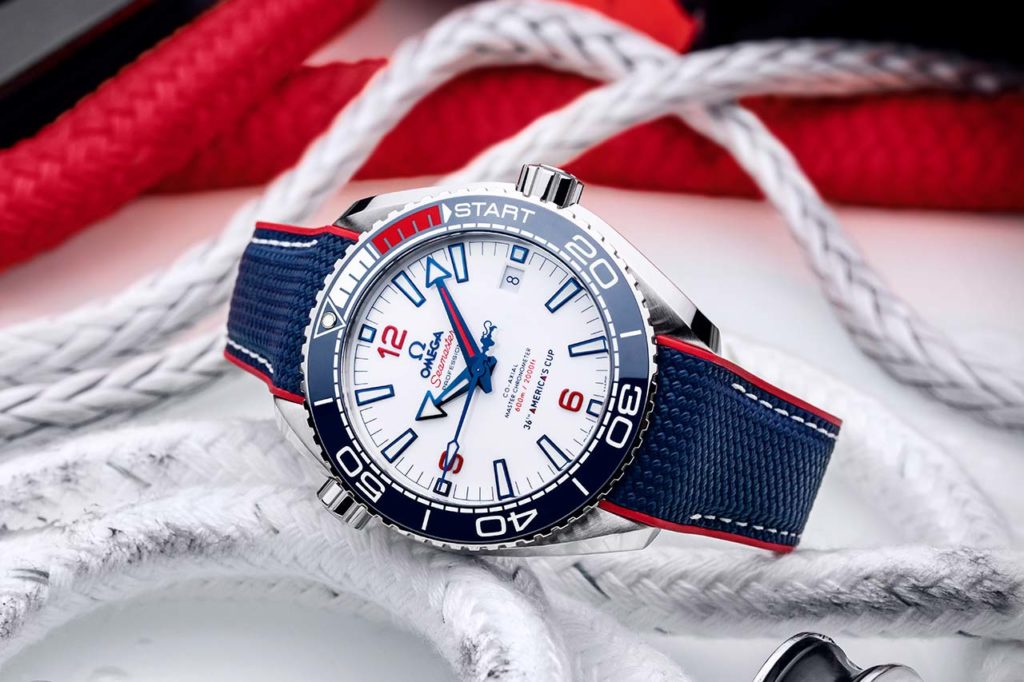 The America’s Cup was first held in 1851, which predates the modern Olympic games by 45 years and makes it the world’s oldest trophy in international sports. The America’s Cup is the premier yachting competition and will be held in Auckland, New Zealand. Omega is one of the key partners of the event, alongside Prada and G.H. Mumm champagne, at least the winners will be both well-dressed and wasted which sounds fun.

This version of the Seamaster Planet Ocean draws on the red, white and blue colours found on the American flag. The dial is white with blue indices and red numerals. The thick lume-filled broad arrow hands are also blue, matching the blue of the ceramic and the rubber strap. You’ll also be interested to note that this watch has been changed slightly for the event. The white ceramic dial has “36th America’s Cup” written on it, as you’d expect, and the counterbalance for the seconds hand has been shaped to resemble the outline of the actual cup. 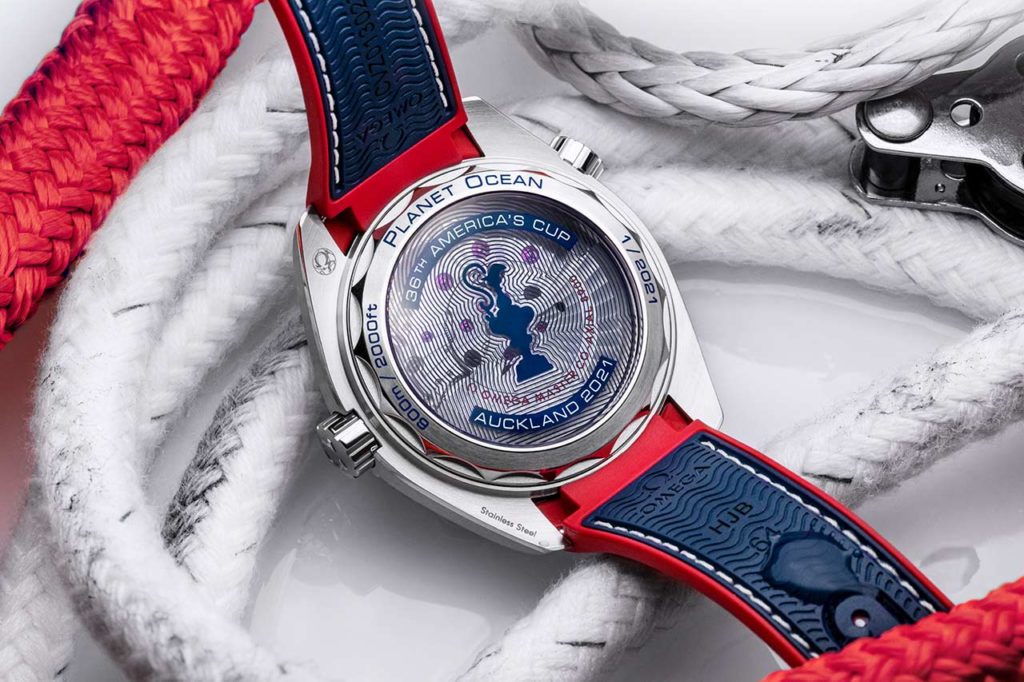 Apart from these changes and some bright colourations, it’s pretty much business as usual for the watch itself. It’s based on the Planet Ocean, an excellent watch which is usually considered to be in the same league as the Rolex Submariner, if purely for its technical abilities. The watch is water-resistant to 600m, and yet it still has a sapphire caseback. In this instance, the caseback has a decorative America’s Cup print on it. Usually, I find this to be irritating as it obscures the movement. But, let’s be honest, Omega’s current line of Master Co-Axial movements looks the same as the calibre 8500 movements before it, so I’m well familiar with the looks now. Still, it’s METAS rated, which means that it’s more accurate than the standard COSC chronometer (I have a whole miniseries dedicated to understanding these terms, check out the Jargon Buster). 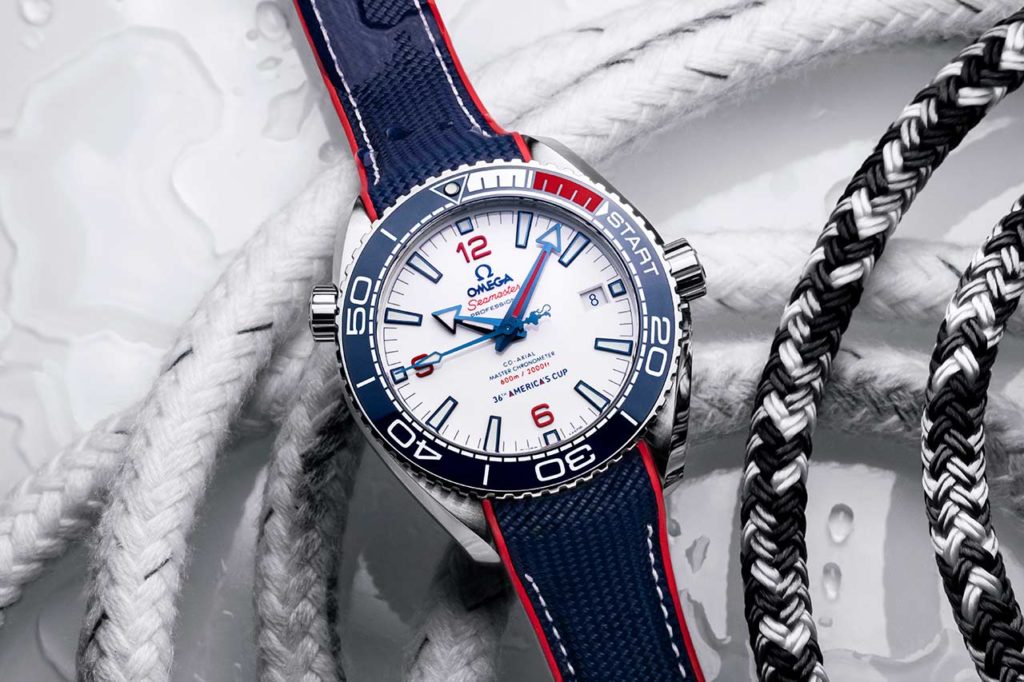 The Planet Ocean comes in a multitude of sizes, but they’re all known for their thickness. The 36th America’s Cup version is based on the 43.5mm Planet Ocean, which is a good middle ground (I also have a Fortnight Review of the older generation 43.5mm PO, which you can check out here). Presented on a textile-effect rubber strap, this America’s Cup limited edition Seamaster Planet Ocean will cost you a reasonable €6700 and is limited to 2021 examples worldwide.