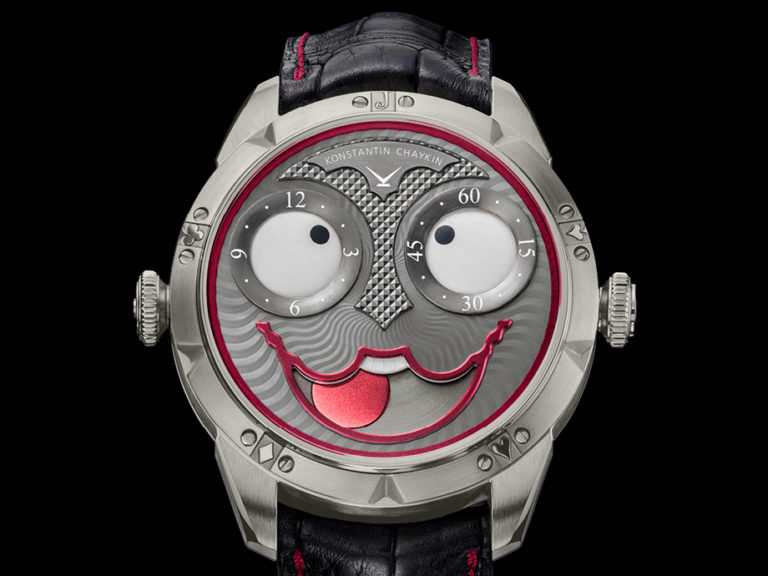 I think I’ve mentioned this watch somewhere before recently? I mean, I think I put it in a list of some sort and the manufacture shared it? Anyway, the next piece of our coverage for Only Watch is regarding what I dubbed as one of the most ridiculous watches around, the Konstantin Chaykin Joker watch is a unique timepiece no matter how you look at it. Though it is certain to make someone crack a smile thanks to its undoubtedly silly facial expression, which serves to do very little other than perpetually laugh and display the time. I’d say that watches need to do more than being silly, and that we’d get tired of this watch constantly looking at us in a deranged manner, but that would be hypocritical of me because as much as I do not want to like it I cannot help but do just that. 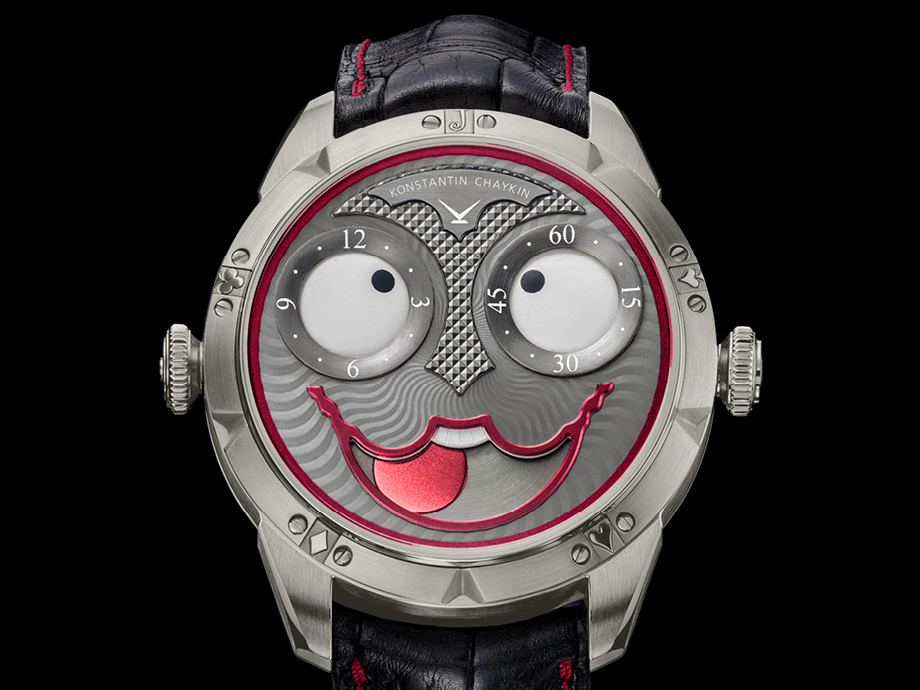 One of the nicest things about the Joker watch is how it’s always going to look different, and that leads me onto a little talk about watch faces. If you didn’t know, we almost always position the hands of a watch at roughly either 10:10 or 2:50 (unless we are focusing on a particular detail in which the hands are moved out of the way), so the watch looks like it is happy. If the hands are pointing down then the watch either looks sad or has a moustache, but whichever way you look at it it seems down, that’s a watch retailer’s trick they will use too unless they have the watch running. However, with the Joker on your wrist being sad impossible with its goofy eyes that move around a lot. That’s right, the eyes are what tell the time. One has an hour scale, the other has a minute scale, and they move around in a circle with the pupil replacing the hand. So, next time you think your watch’s eyes are creepily following you around, they probably are.

Inside this watch is a robust and reliable workhorse of a movement, an ETA 2824-2 calibre in the guise of K07-0 that has had the extra modules added to it needed to power these functions. It’s obviously automatic winding and has been hidden behind a closed caseback with the Only Watch logo on it. It’s wrapped up inside a 42mm case made not of steel, but of zirconium, which is very hard and therefore scratch resistant, and is extremely resistant to corrosion, it’s also pretty rare too.

A Fortnight Review: Two Weeks On The Wrist With The NOMOS Glashütte Autobahn Neomatik 41 Date Watch

We like this watch’s ingenuity and creativeness making use of eyes and a tongue to show the time and moonphase. It’s expected to sell for between CHF10,000 and CHF15,000 but I reckon it will go higher.