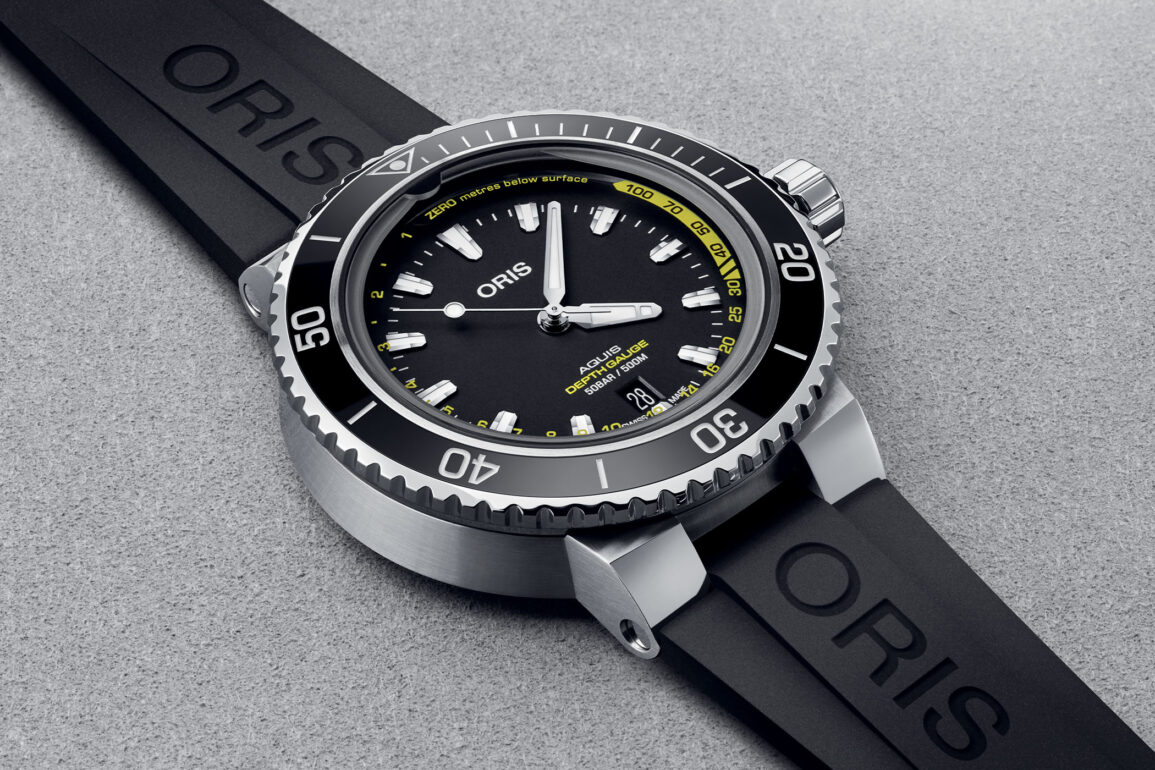 Oris updates one of its signature dive watches.

Oris makes a wide variety of watches, most of which are sporty pieces, that have a surprising array of complications in them. We’ve already seen from them watches that track the positions of celestial bodies, and now we’re going to take a look at one of their classic diving watches with an odd extra. Oris has recently updated it, and we think it’s worth a look. 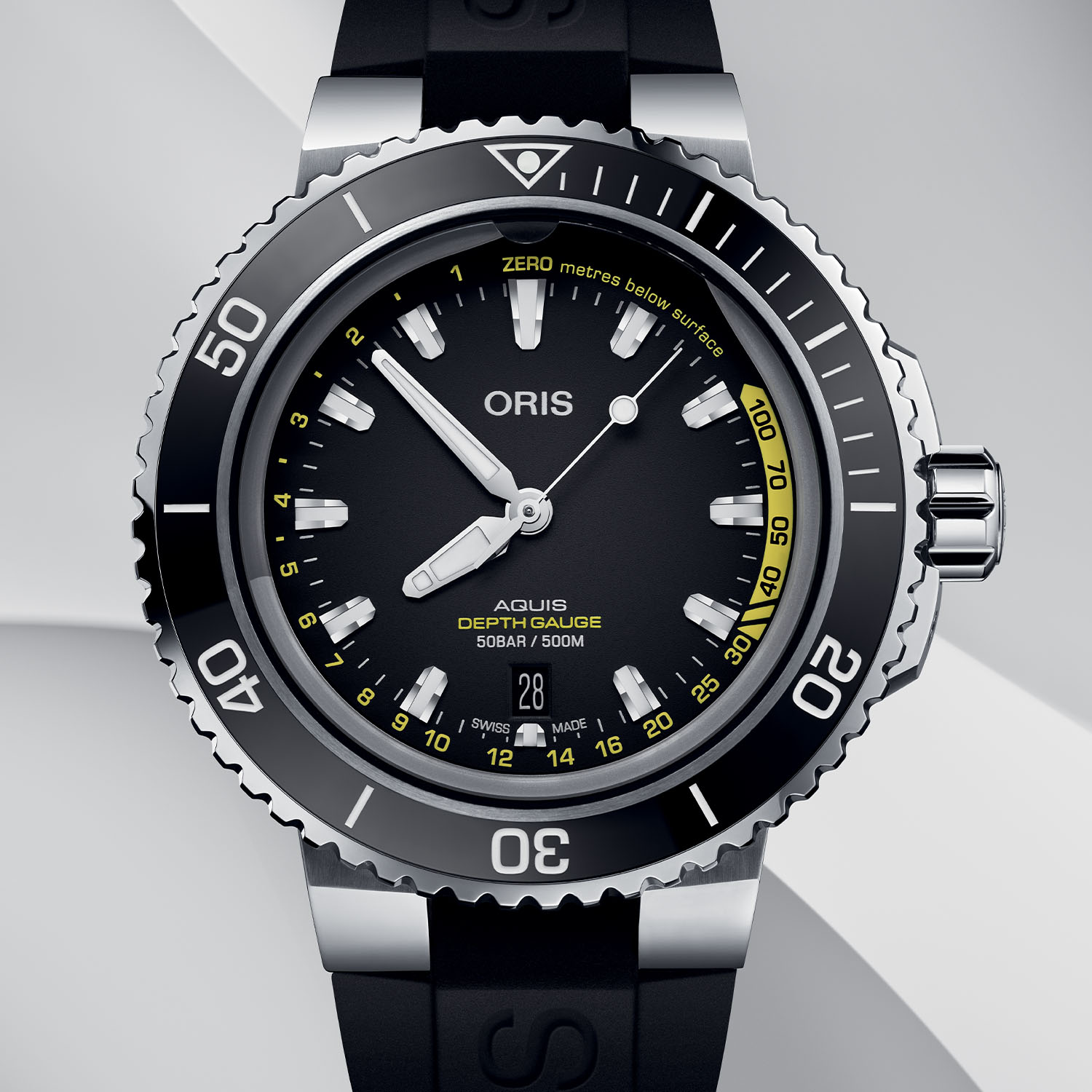 I can’t think of many mechanical watches with a depth gauge in them. I know there are a few, but only Blancpain’s insane X-Fathoms springs to mind right now, and that’s a lot more expensive than this Oris. The Aquis Depth Gauge has been a part of the Oris collection for a while, and for the new version, not much has changed. Oris has tweaked it around a lot, though. 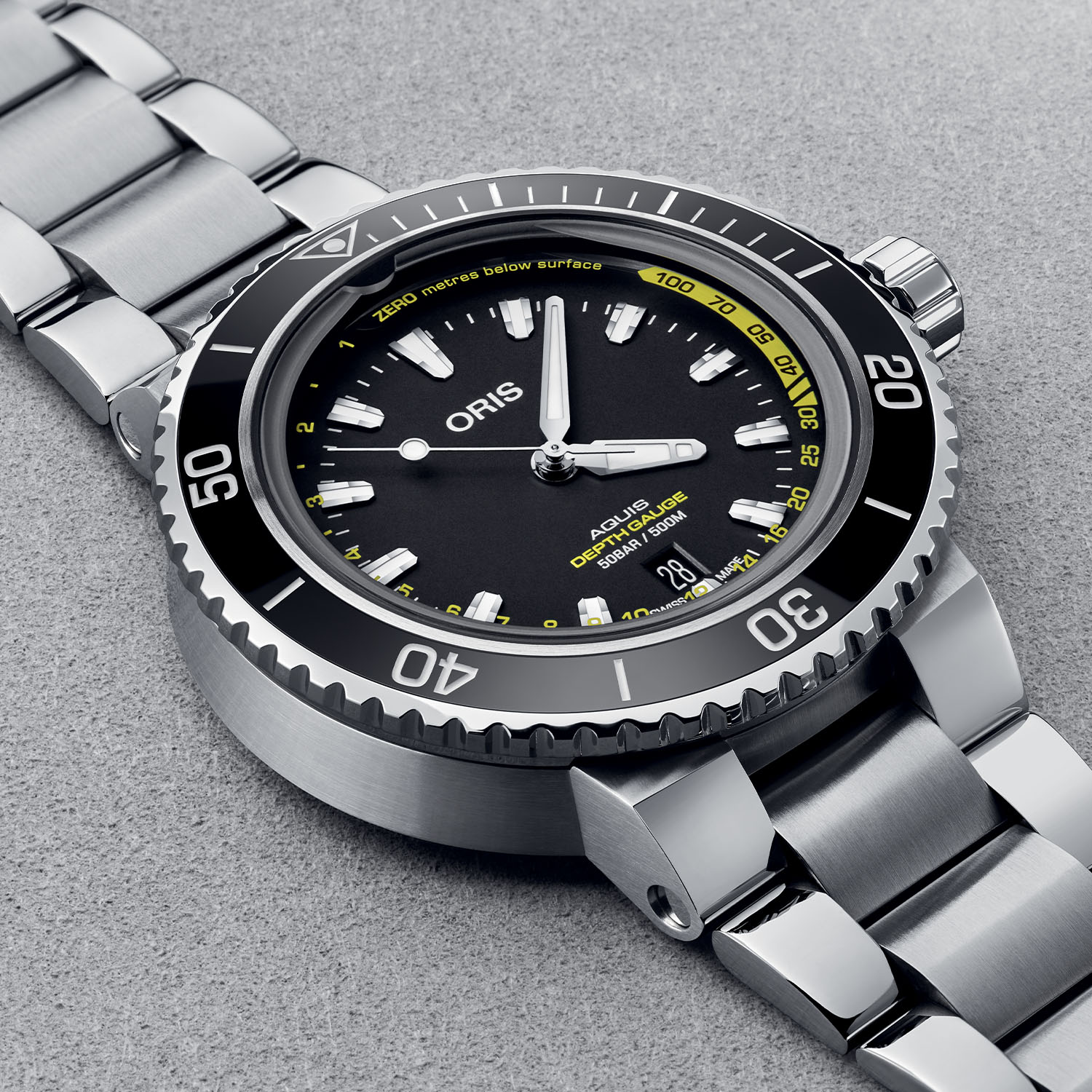 The bezel is now ceramic, as is common with modern watches. The 46mm stainless steel case now has brushed and polished finishing on it to smarten up the look of this extreme diving watch (whether it needs it is another matter). The dial has new hands and applied indices and a slightly different font. It’s also gotten larger, apparently. The watch is still water-resistant to 500m, though, which is cool. The watch also comes with a quick-change system, and the clasp has an extension system to easily fit the watch over a wetsuit. Inside the watch is the Sellita SW200-1 which they call the calibre 733. It has a 4Hz beat rate and a 38-hour power reserve.

Arguably the most significant changes to the Aquis Depth Gauge cannot be seen, as they are related to the depth gauge. Unlike other mechanical watches with a depth gauge, the Aquis Depth Gauge features a hole cut into the sapphire crystal. Around the edge of the crystal is a channel that’s been milled out. When the water enters the channel, it compresses the gas in the chamber (the further underwater you go, the higher the pressure) and leaves a watermark so you know how deep you are (up to 100m). Oris has improved the graining in the channel, so it’s easier to read now, and there’s a meters to feet conversion on the caseback depending on which you measure with when scuba diving.