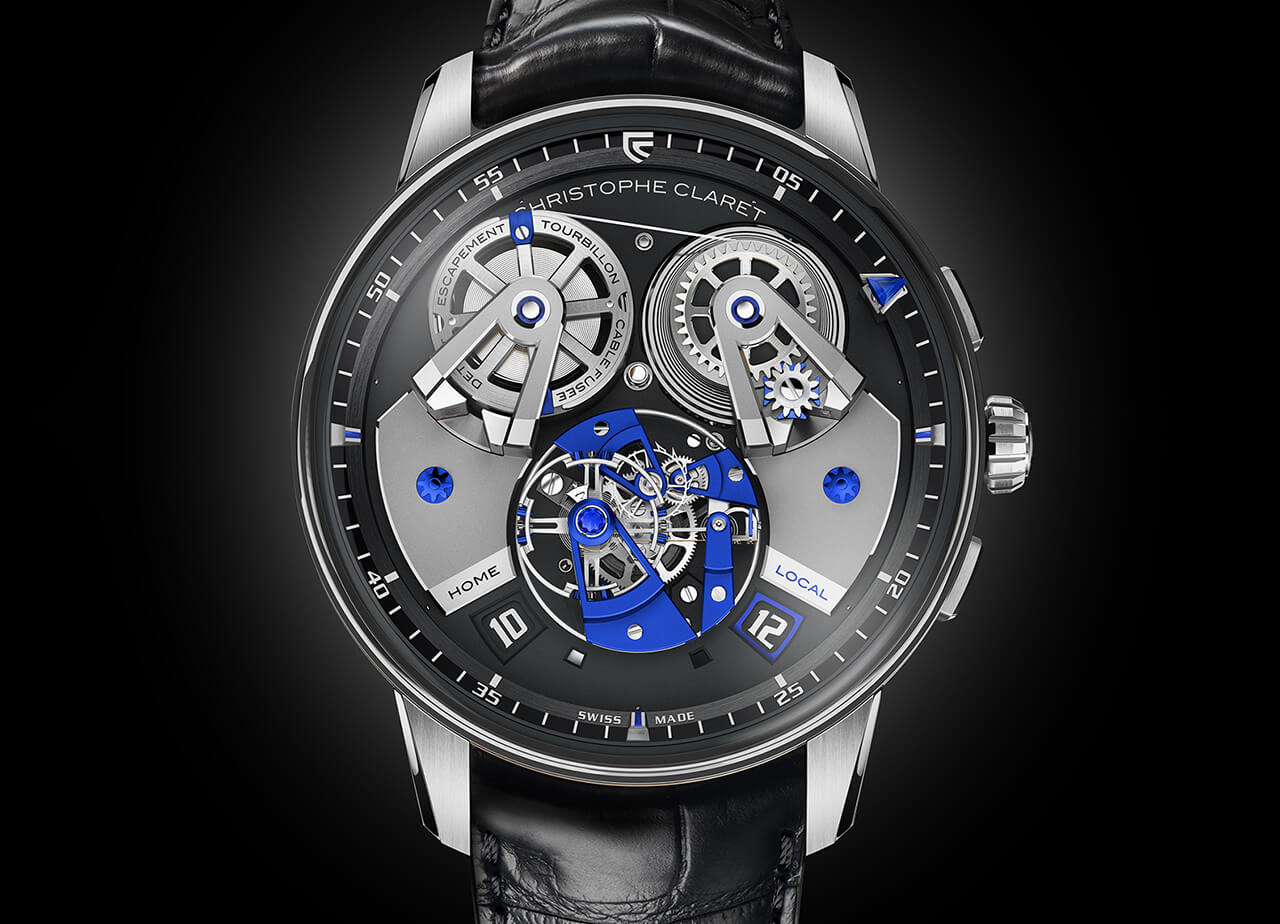 Christophe Claret has been one of my favourite Independent watchmakers ever since the release of their Gaming Watch Collection. Their timepieces are an inspired reflection of watchmaking genius expressed through its most powerful manifestation: perpetual emotion. Playful, creative and unconventional, these genuine masterpieces intended for devotees of rare and subtly offbeat products that are nonetheless firmly positioned in the sphere of Haute Horlogerie.

Celebrating the 30th anniversary of his manufacture and the 10th anniversary of his eponymous brand, Christophe Claret now begin a new chapter in the history of Fine Watchmaking with the Angelico – a contemporary tribute to the quest for absolute precision embodied by the 18th-century marine chronometers. For the very first time in a wristwatch, Christophe Claret has taken up the challenge of combining a tourbillon with a long detent escapement with a cable-type fusee transmission system. This mechanical feat broadening the horizons of traditional horology is complemented by an instant-jump dual-time display complete with day/night and 72-hour power-reserve indications.

The top of the dial is dominated by the timepiece’s chain and fusee constant-force mechanism. The chain Christophe Claret Angelico uses is constructed from an ultra-thin Dyneema nanofiber cable. Simply put, Dyneema is the world’s strongest fibre and commonly used to tug the world’s largest ships to bay. This special cable has two main advantages over a traditional chain. One, it produces less friction, which translates to less energy loss and a long power reserve. Two, it is thinner and can, therefore, wrap around the fusee more times, thus increasing its ability to more precisely regulate the power reserve. At six o’clock, you have a large 16mm tourbillon with a titanium carriage. The tourbillon used is a Detent escapement, an escapement most commonly used in marine chronometers due to the fact that no oil was needed helped ensure the long-term rate stability so necessary in a navigation timekeeper. 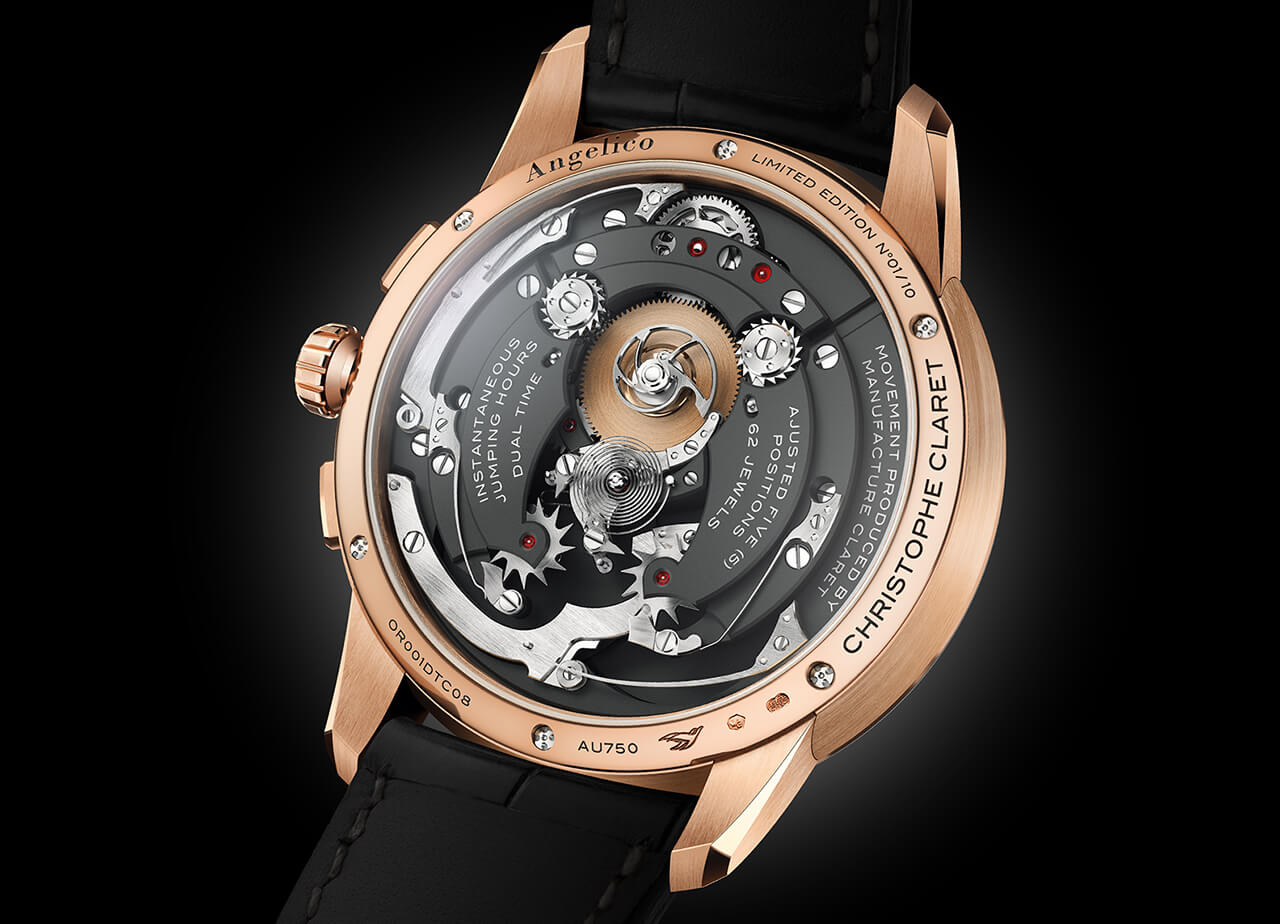 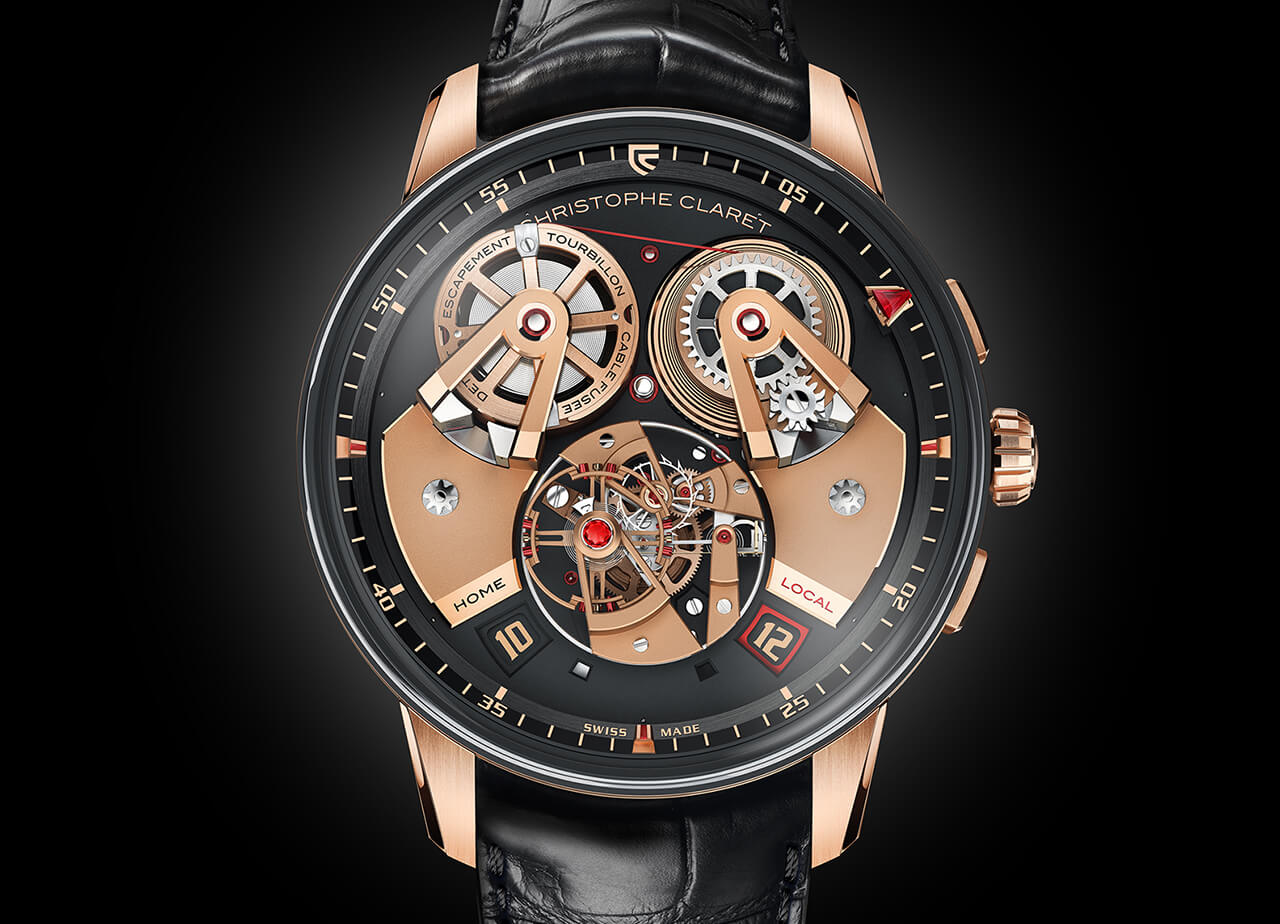 The two time zones are shown on the lower edge of the dial, indicated as digits inside windows with day and night indicator positioned right next to each hour display is a tiny window where the minutes can be read using the periphery of the dial indicated by a hand tipped with a gemstone- a ruby on the red gold model, and sapphire on the titanium. There will be two versions, one in 5N red gold and another in titanium. The Angelico is a large watch, measuring 45.5mm in diameter and a whopping 17.45mm in height (water-resistant to 30m). This has got to do with the movement and its complicated construction – which I will get into later.