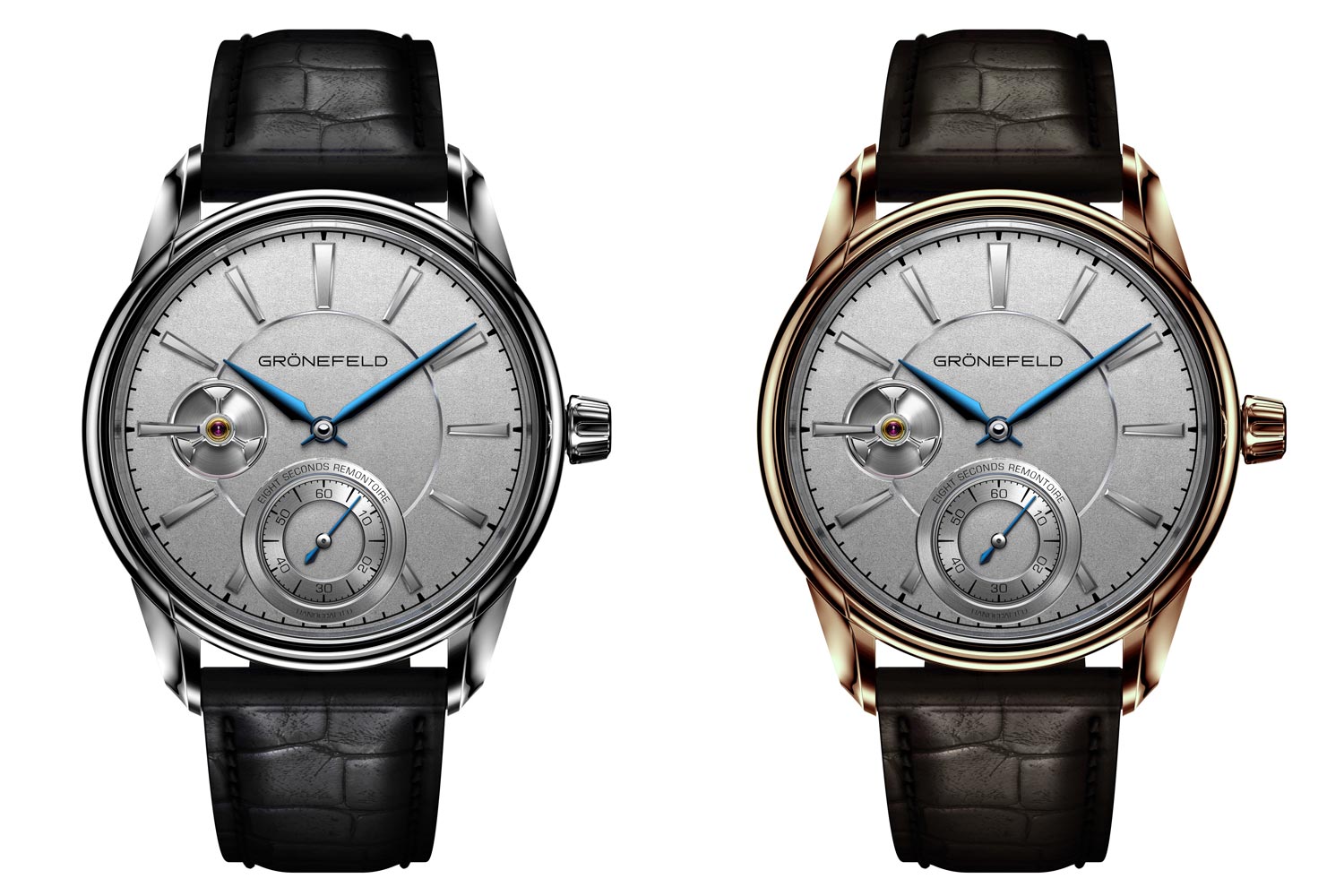 Grönefeld is a company I’ve touched on once before, sadly it lost out to Chopard in the first installment of the Tourbillon Trials but their Parallax Tourbillon piece did get recognition as it became WristReview’s go to tourbillon watch of choice. The Parallax Tourbillon was Grönefeld warming up before they even flex their muscles and I suspect we will need to wait to feel the full force of this creative house, without further ado let’s look at today’s watch. 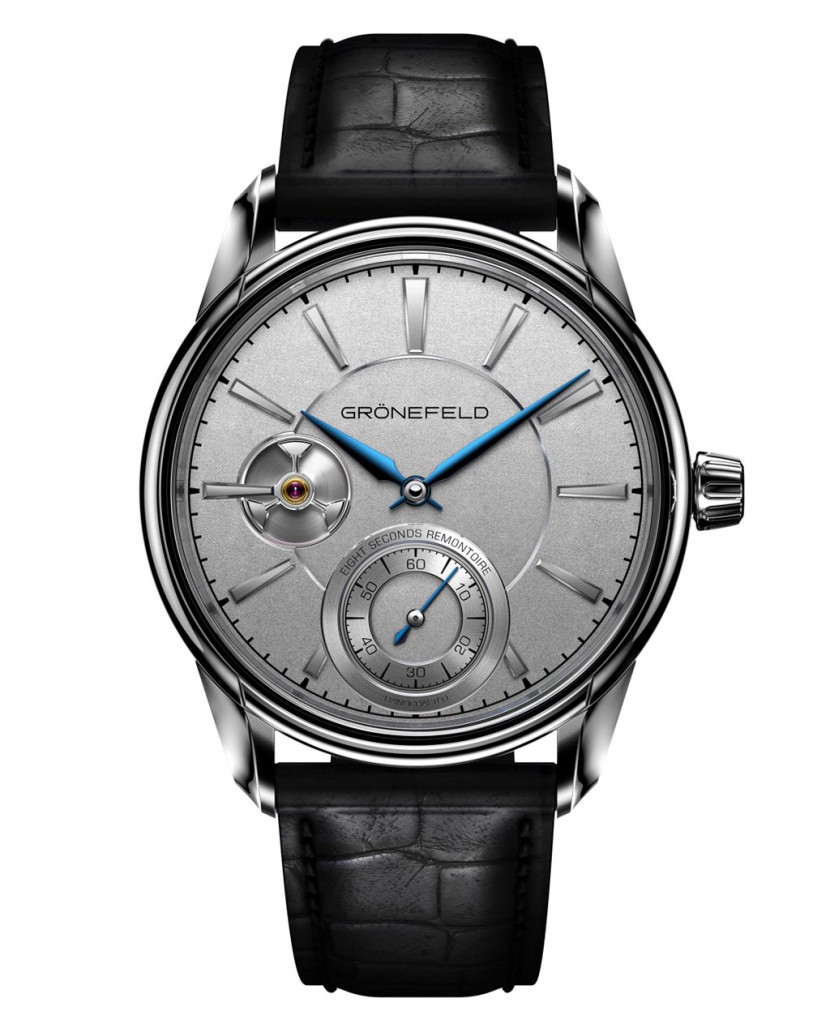 The spring remontoire isn’t a new invention by Grönefeld themselves, in fact, it’s been around for a very long time, going all the way back to 1739 with English clockmaker (and one of the horology gods) John Harrison. It comprises of a series of gears and springs that provide a constant force of power in a clockwork mechanism thus removing the ever decreasing amounts of torque exerted as the barrels unwind, A.Lange & Söhne have their own system which they call the Constant Force Escapement which does the same thing in a different way. The point of the remontoire mechanism being mentioned a lot on this piece is due to the fact that it’s very complicated to make, like, not for the faint hearted of horologists. the Grönefeld 1941 Remontoire joins a very elite band of watches above and beyond the likes of Richard Mille and so forth, this is classical horology at it’s very best. 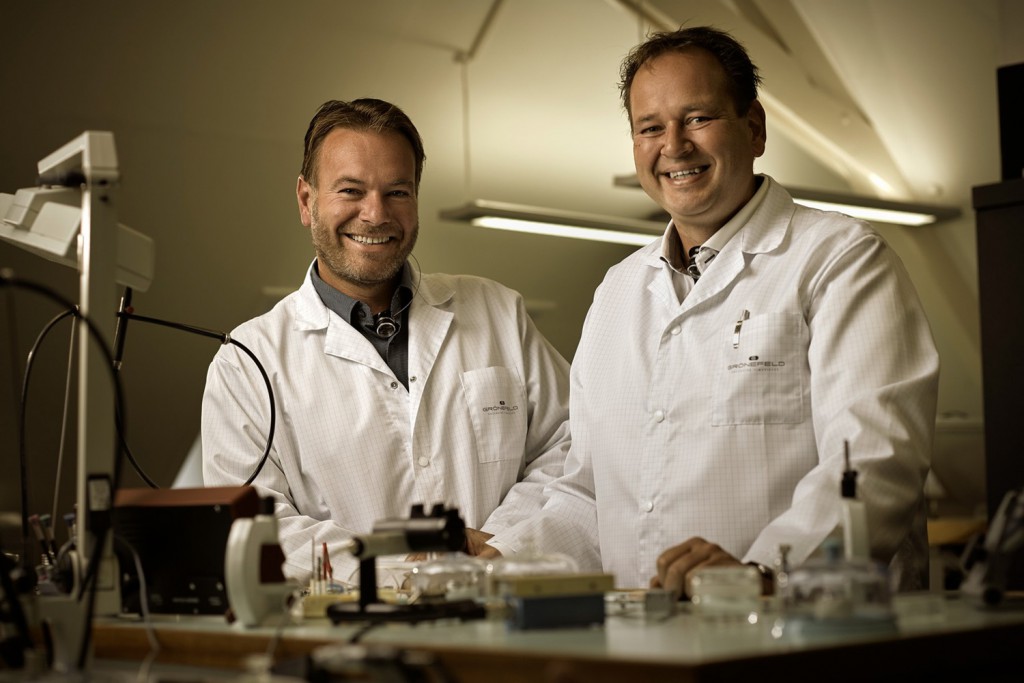 The name of the watch, the 1941, is symbolic most of all to the founders of the company, Bart and Tim Grönefeld, as it’s the year their father was born. It’s great to see that in this world of corporate… everything and executive board decisions that there are still those who take something, or, in this case, someone, important to them and immortalise it in a product. But, what exactly has their father got to do with horology? Even though a reason isn’t actually needed, it’s interesting to note that Bart and Tim’s father helped his own father maintain the village clock in Asten, the Netherlands. This clock, in particular, has a constant force mechanism just like the 1941 Remontoire. 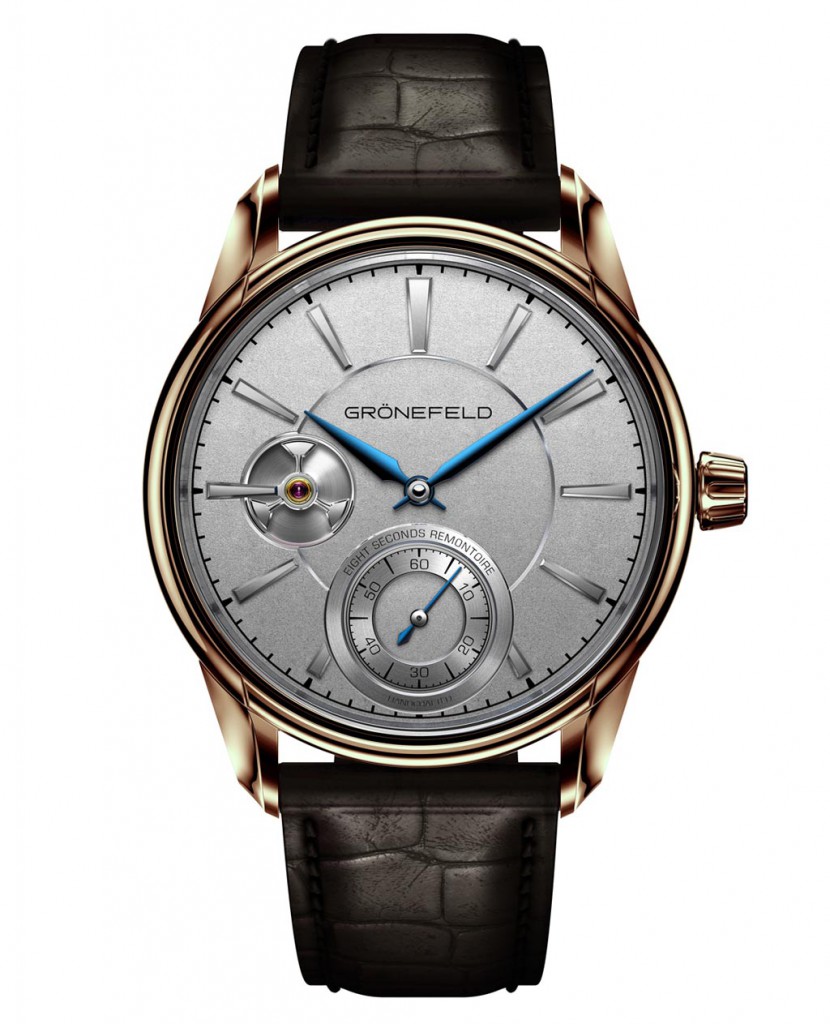 Speaking of it, the 1941 Remontoire is a seriously good looking piece, looking around the WristReview office at people’s reactions I was very surprised to find that there weren’t eyebrows raised in the manner of a bad reaction. Both the dial and the movement on the reverse of the watch are exquisite Being 39.5mm in diameter means that the watch is a practical size for a dress watch and also avoids one of the biggest of my personal pet peeves, tiny mechanical movements on display. I understand fully how calibre and case size aren’t always necessarily proportionate to each other, but if you’re going to pay a lot of money (whether it be $2000 or $200,000) for a mechanical wristwatch with a display case you’d, at least, expect some eye candy. 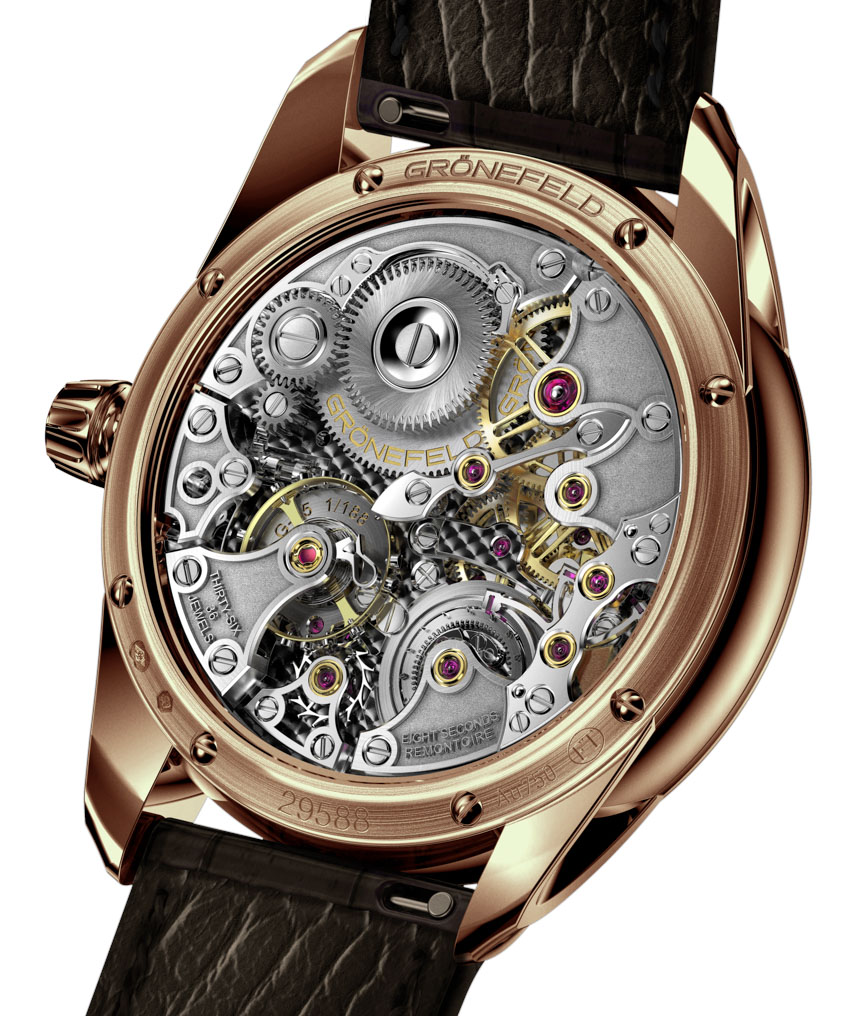 The Remontoire’s movement is delightfully complicated with parts even I don’t understand being hand made, polished and fitted just so as to keep the gaze of one fixed for a long time. The movement itself uses some hallmarks of the Grönefeld watch company, for example, the bridges are not rhodium plated brass but rather solid stainless steel, aiding in rigidity and giving the movement a richer lustre. The watch will come in either 18K white or rose gold and has a power reserve of 36 hours due to restrictions caused by the case size (the movement was actually developed for a 44mm case) and is priced at €49,500 for rose gold or €50,850 for white gold.