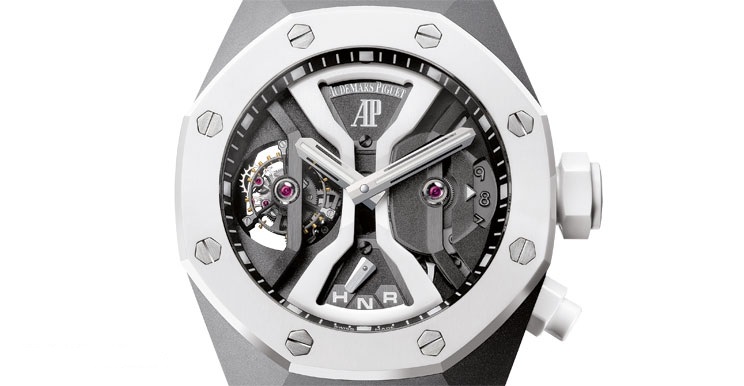 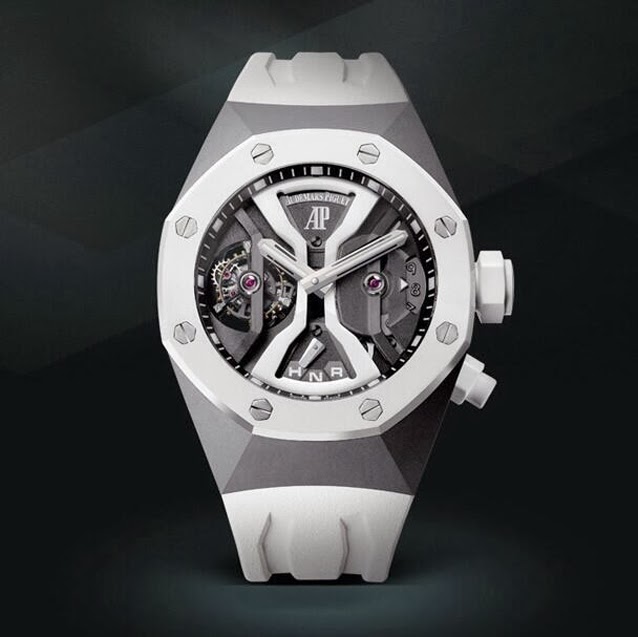 The new Royal Oak Concept GMT Tourbillon features a white ceramic bezel, crown and push piece sin contrast with the titanium case middle. Ceramic is also incorporated into the movement itself as it is used for the hourglass-shaped upper bridge of Calibre 2913. 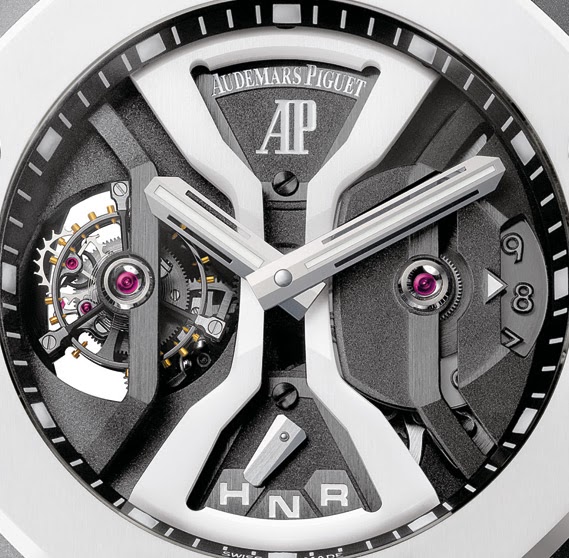 As Audemars Piguet explains, treating the roughed-out surfaces and edges to a polished or satin-brushed finish represents a technical challenge, due to ceramic’s inherent resistance to abrasion. It takes around 8 hours to make the Royal Oak Concept GMT Tourbillon’s bezel, compared with 45 minutes if it were steel. The result is a smooth look combined with extreme resistance to scratches.
Use of titanium helped to keep the watch pretty light despite of the large and sporty 44 mm case. 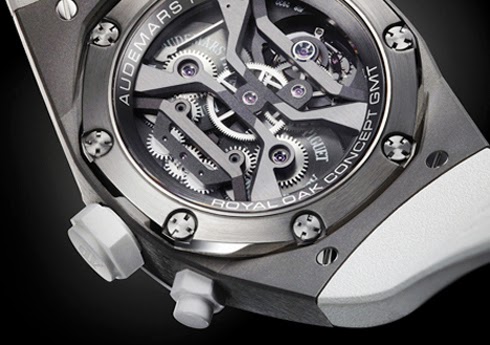 The balance wheel beats at 21,600 vph and rotates inside the tourbillon carriage every 60 seconds. The tourbillon cage comprises 85 components for a total weight of just 0.45g. 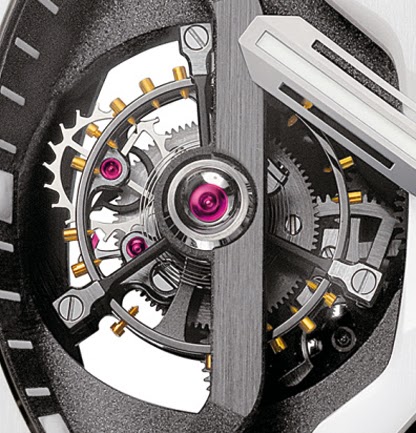 The GMT display at 3 o’clock provides an instant reading of the time in a second time-zone and can be  adjusted by pressing  the push piece at 4 o’clock. The indication of the second time-zone, based on 12 hours, uses two discs. The first, on which the figures are inscribed, completes one turn in 12 hours. The second, just below, completes a turn in 24 hours and has 2 coloured areas: a white half for daytime and a black half for night-time. 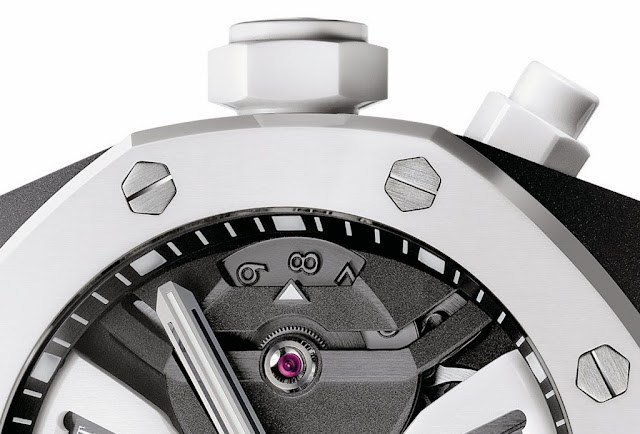 The Royal Oak Concept GMT Tourbillon also features a selection indicator mechanism. According to the position of the winding stem, the hand positioned on the dial at 6 o’clock indicates the function selected. The H, N and R indications correspond to the three positions of the winding stem, meaning time-setting, neutral and winding respectively. 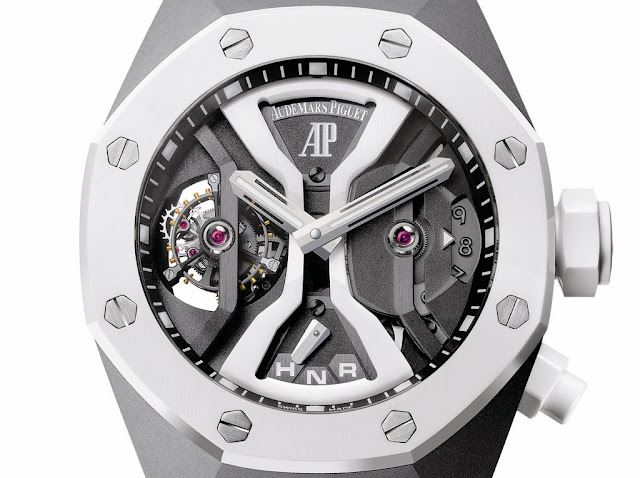