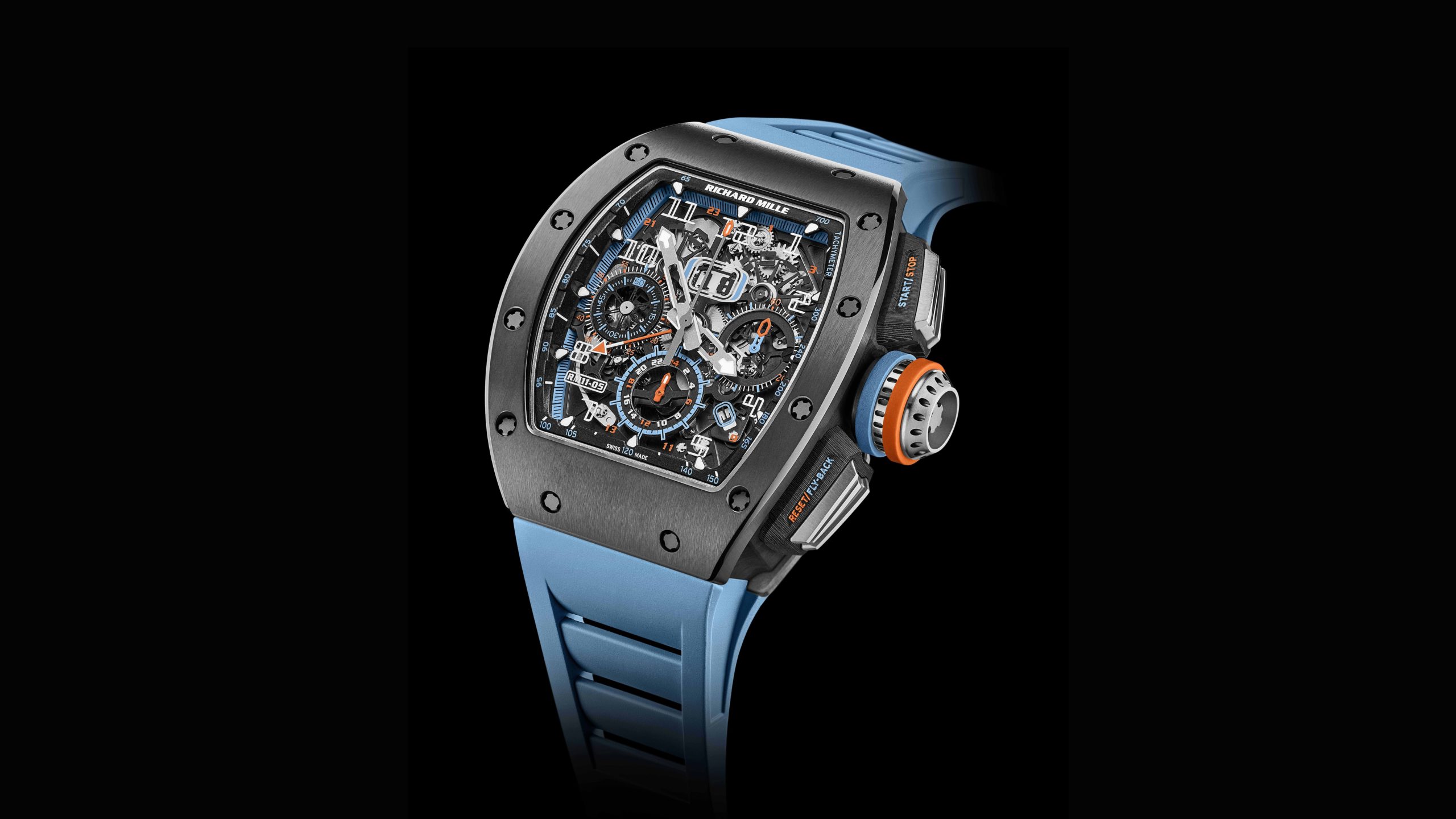 Richard Mille first launched the RM 11 line of watches back in 2007 and is often thought of as the quintessential Richard Mille timepiece. It features the barrel-shaped case we’ve come to expect from the brand, as well as a dial with a plethora of bits & pieces on it and a case made of a material from outer space. 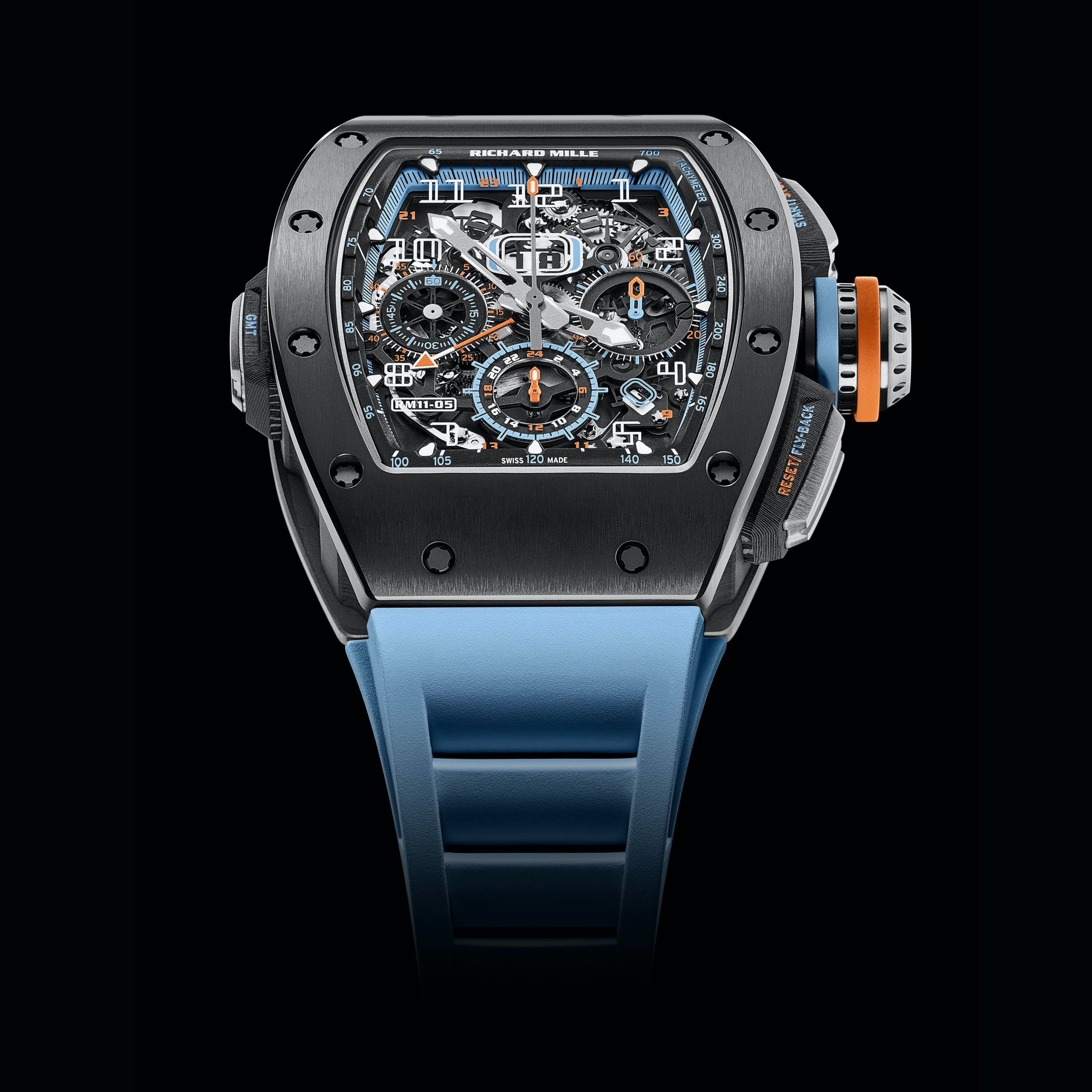 The case for the new RM 11 is made of a material called cermet. A combination of the words ‘ceramic’ and ‘metal’, a cermet aims to take the best of both ceramic and metal and combine them into one. This gives the material the scratch and thermal resistance of ceramic with the deformation abilities of metal, allowing the case to be highly scratch-resistant without the risk of shattering. Cermets are typically used as components that must resist a lot of heat, such as electrical capacitors, resistors and other circuit elements. They’re also used in cutting tools and have a stronger resistance to wear than tungsten carbide. 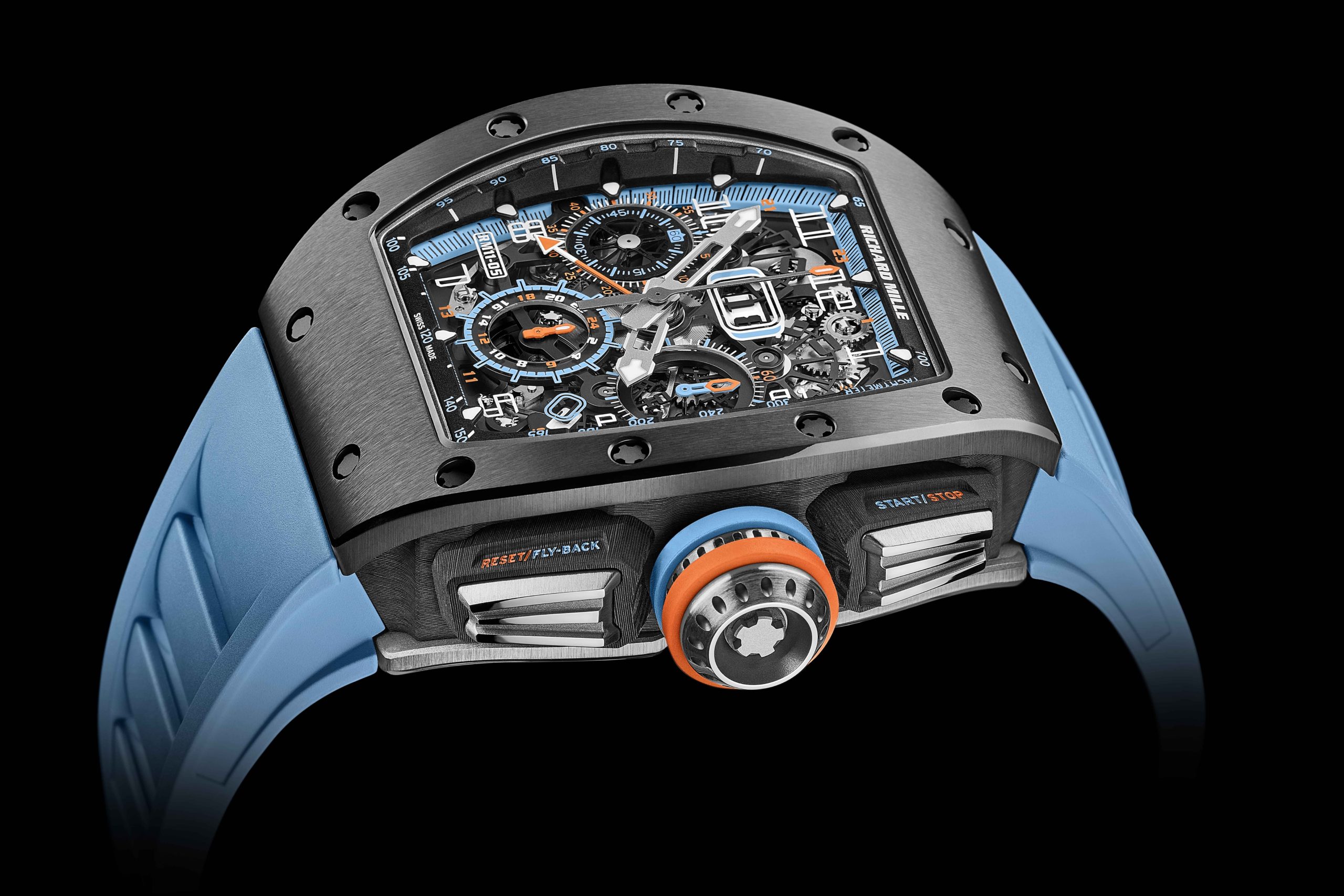 Richard Mille’s grey cermet, developed alongside British engineering firm IMI, fuses ceramic with titanium and has a hardness very close to that of diamond. The case itself measures in at 50.00mm x 42.70mm x 16.15mm and is presented on a light blue rubber strap shaped to follow the curvature of the tonneau case. The case is 50m water-resistant. 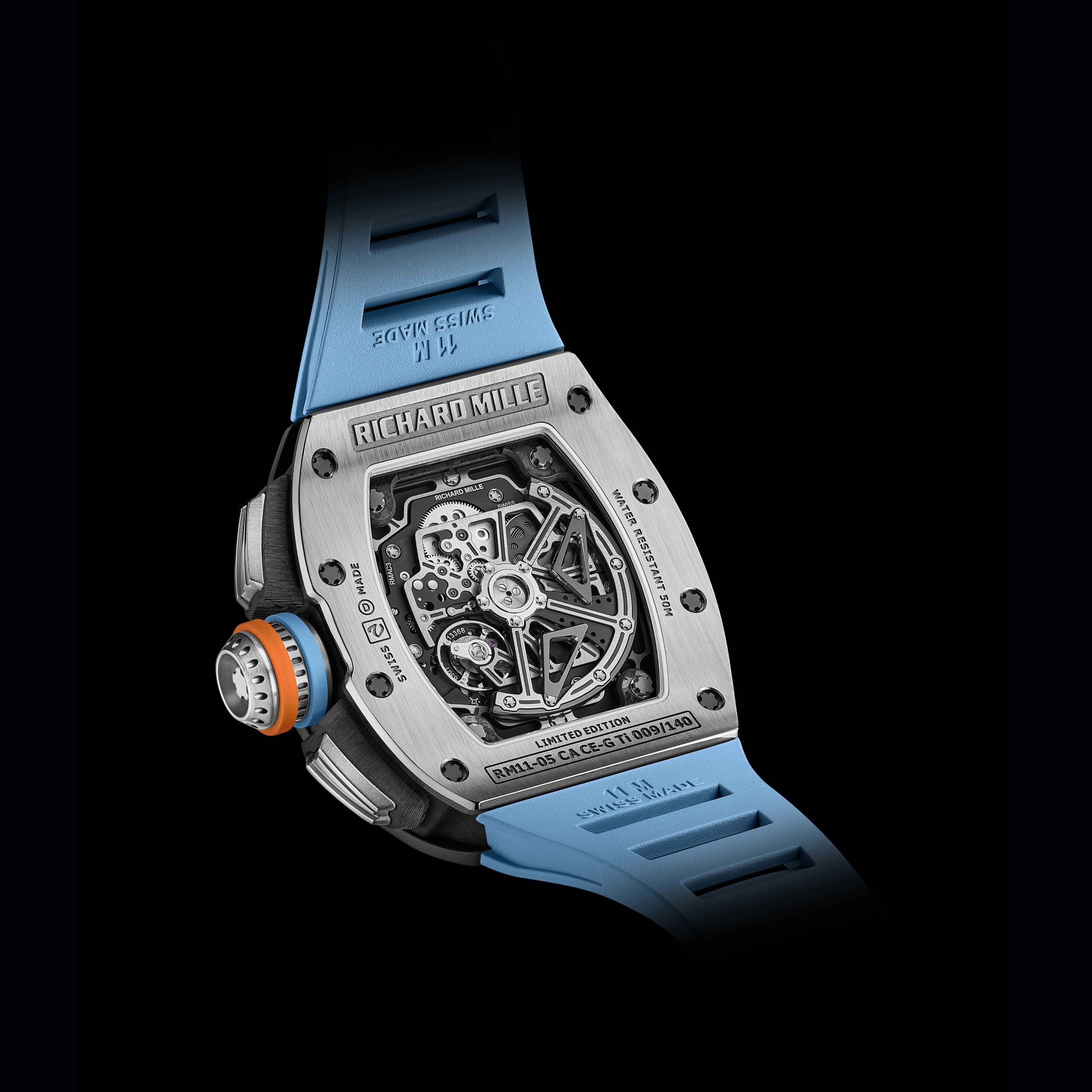 Inside the watch is the calibre RMAC3, an automatically-wound movement that’s been designed, built and finished by hand. It features a flyback chronograph as well as a GMT display and an annual calendar display with big date and month windows. The movement also has a variable geometry rotor. This is calibrated by Richard Mille so that the winding mechanism is not damaged if the wearer does lots of sporting activities. The power reserve is 45 hours with the chronograph running, onto which you can add another 10 hours if it’s not. The watch runs at a beat rate of 4Hz.

Surprisingly, there’s no tourbillon in this model, but that doesn’t mean this watch is affordable. Limited to just 140 examples, this watch has a price of $215,000.