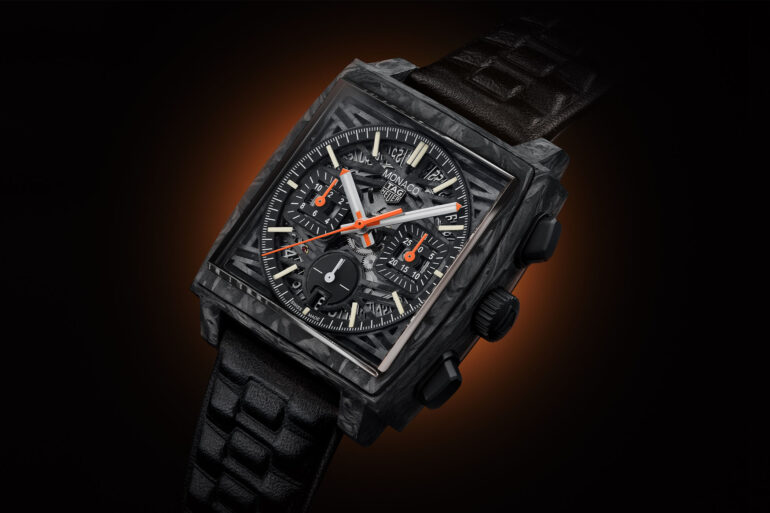 TAG Heuer goes dark for the upcoming Only Watch auction.

Later this year, we will see the Only Watch auction kick-off. The purpose is to raise funds for research into Duchenne Muscular Dystrophy (DMD). Duchenne Muscular Dystrophy is one of the most dangerous forms of muscular dystrophy. According to the Muscular Dystrophy Association, in Europe and North America, DMD affects six per hundred thousand births, appearing within their first three years and primarily affecting boys. It’s caused by a mutation in the X chromosome and causes great difficulty when moving before eventually affecting vital organs. Expected lifespan is the early 30s at best. The Muscular Dystrophy Association states that several human trials are currently ongoing with different treatment therapies, some of which have promising results. As a result, Only Watch funds are passed on to research fighting this rare and complex disorder so that it can be eradicated one day. 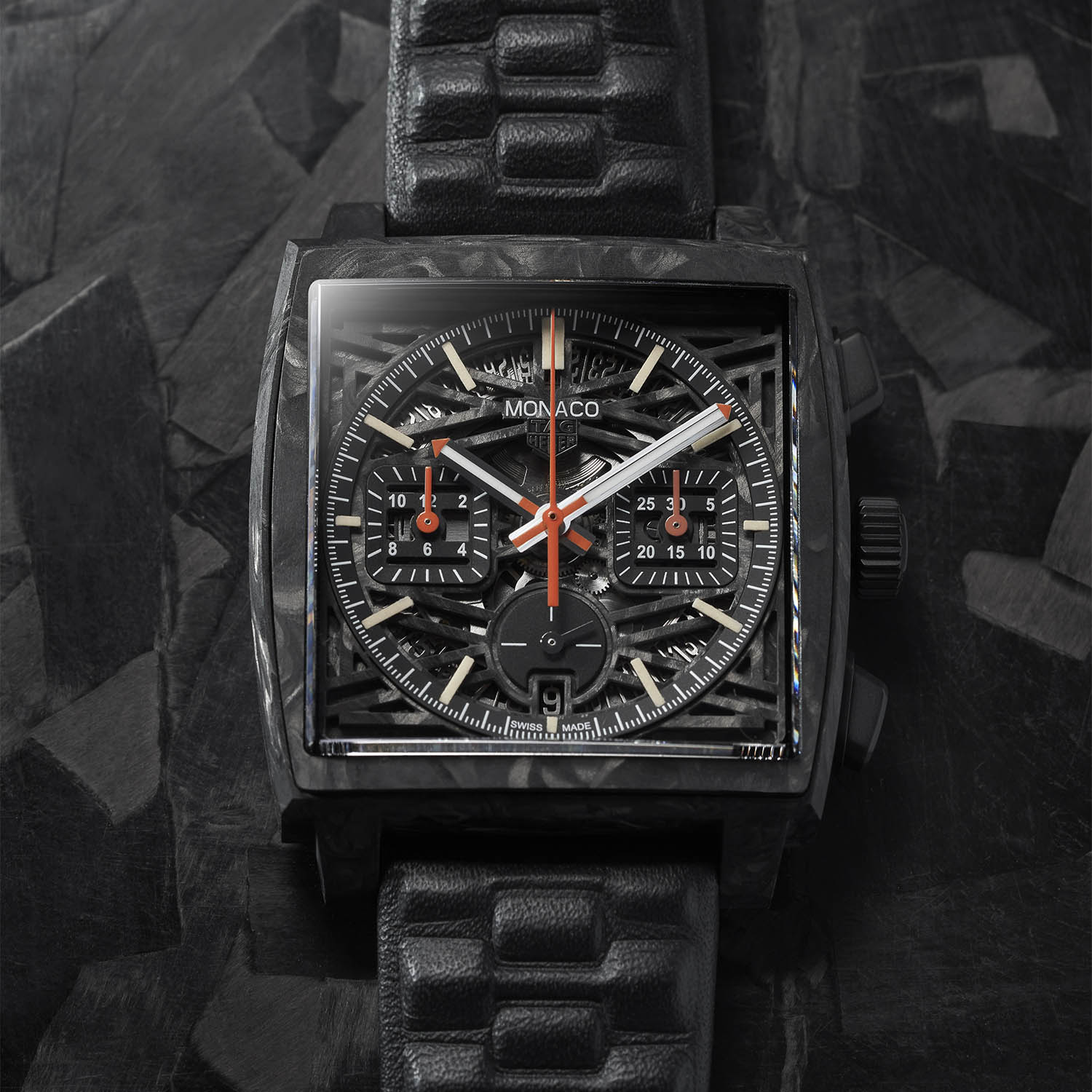 TAG Heuer’s contribution to the auction that will save lives is the Only Watch Carbon Monaco. This decidedly goth piece utilises a forged carbon case made to the iconic square Monaco shape. It pays homage to an older Monaco model known as the “Dark Lord”, it was a Monaco with a black PVD case. This new piece has a 39mm x 39mm case with several steps in the bezel, as is the classic Monaco way. 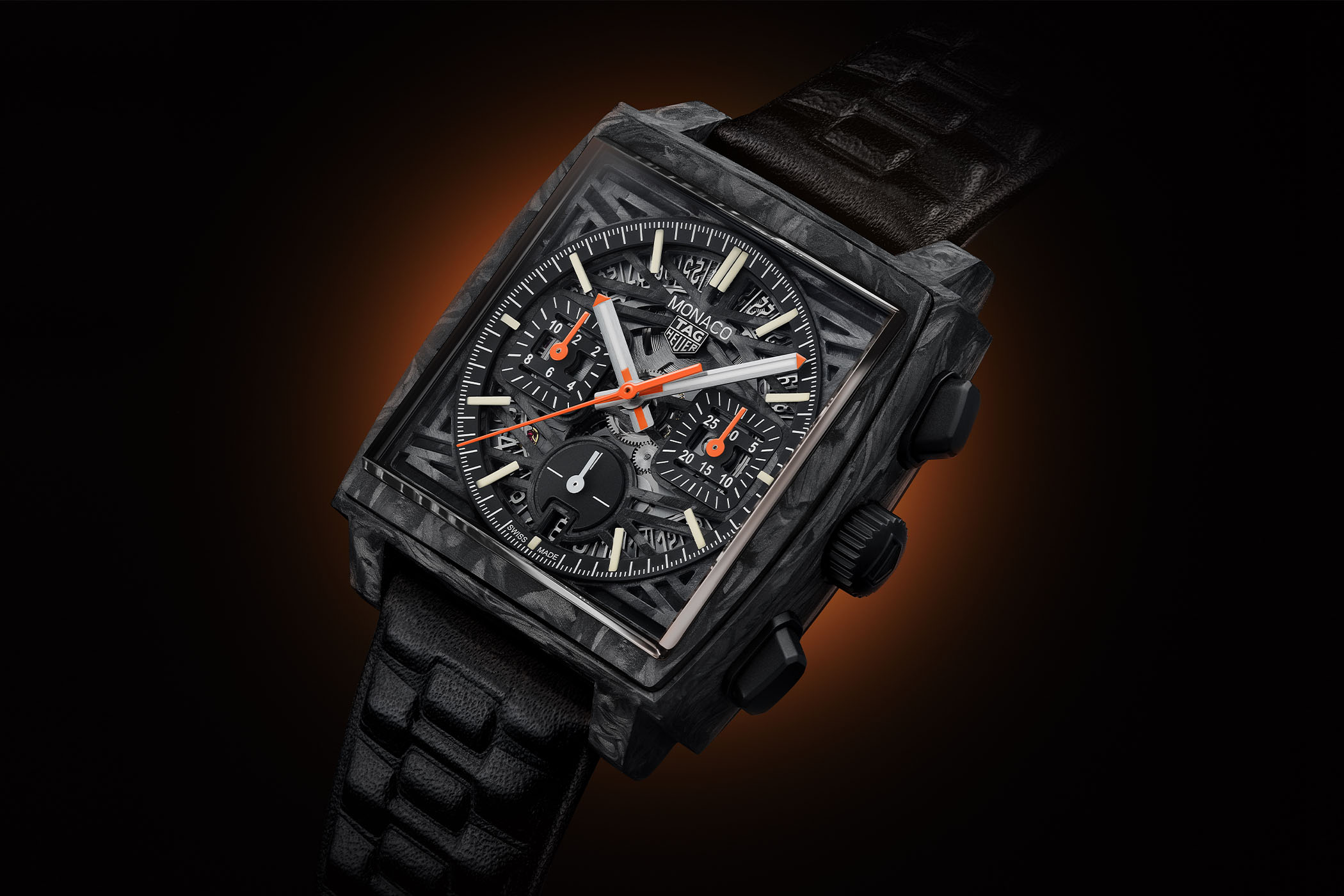 The dial is probably readable in person, but there’s only one of these, so I’ll never know. It is skeletonised, so you can see some of the movement behind it. Standing out are the red hands and white lume applications, although the small seconds and date are black for reasons known only to TAG Heuer. I guess even if you’re buying a one-off, they can’t give everything away. The skeleton dial is also made of the same carbon as the case, which is cool. We don’t see carbon dials very often. 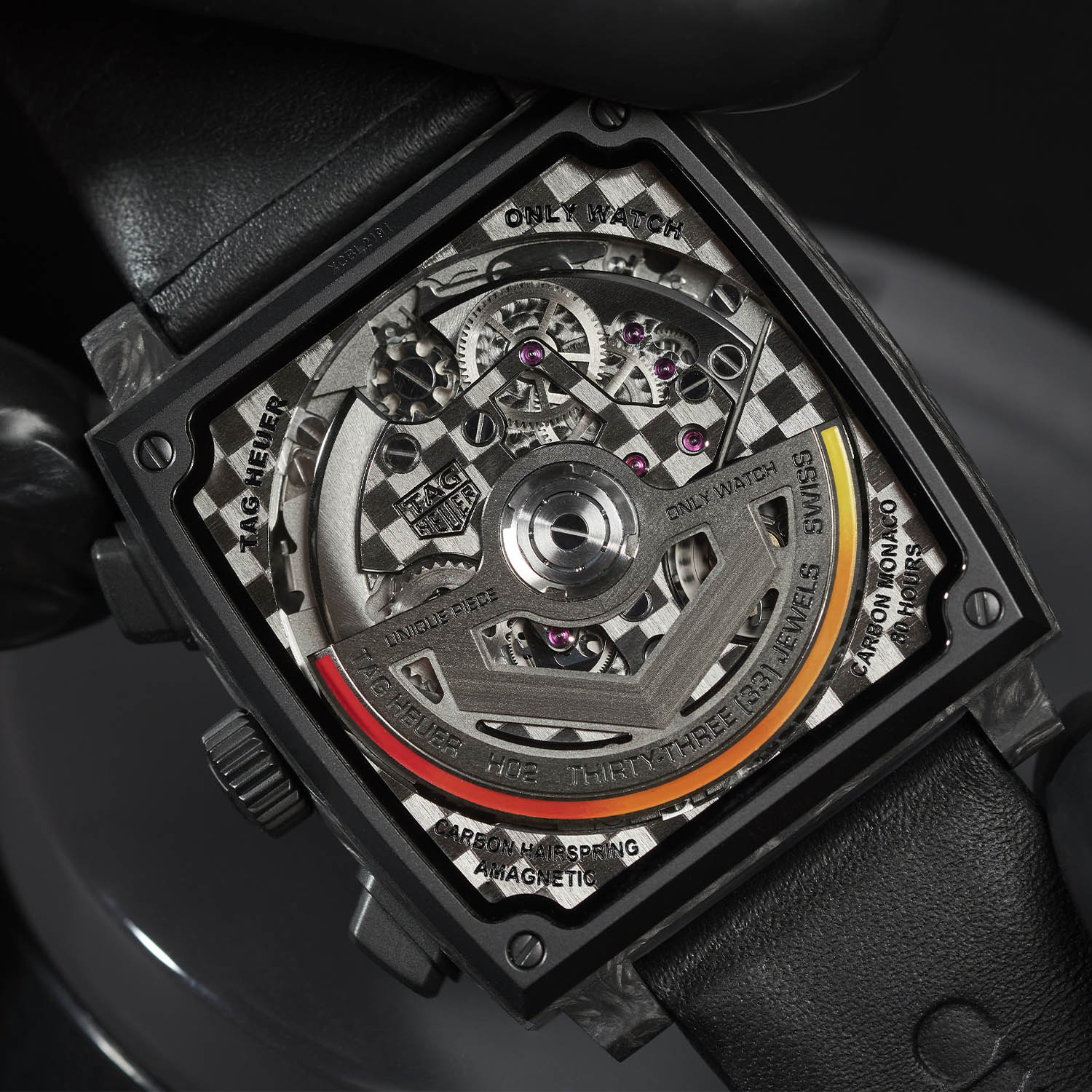 Inside is the Calibre Heuer 02, which is based on a prototype movement called the CH80. The movement’s plates feature a finishing style called graté which resembles a chequered flag. More interestingly, this movement uses a carbon hairspring connected to the balance wheel. This was meant to be used in Autavia when it was first released a couple of years ago, but TAG Heuer took them all back and replaced it with a regular spring because of “reasons”. Anyhow, the Heuer 02 has an 80-hour power reserve and column-wheel chronograph. Although it’s been specially decorated and kitted up for this OnlyWatch edition piece, you can find it equipped in other TAG Heuer models.