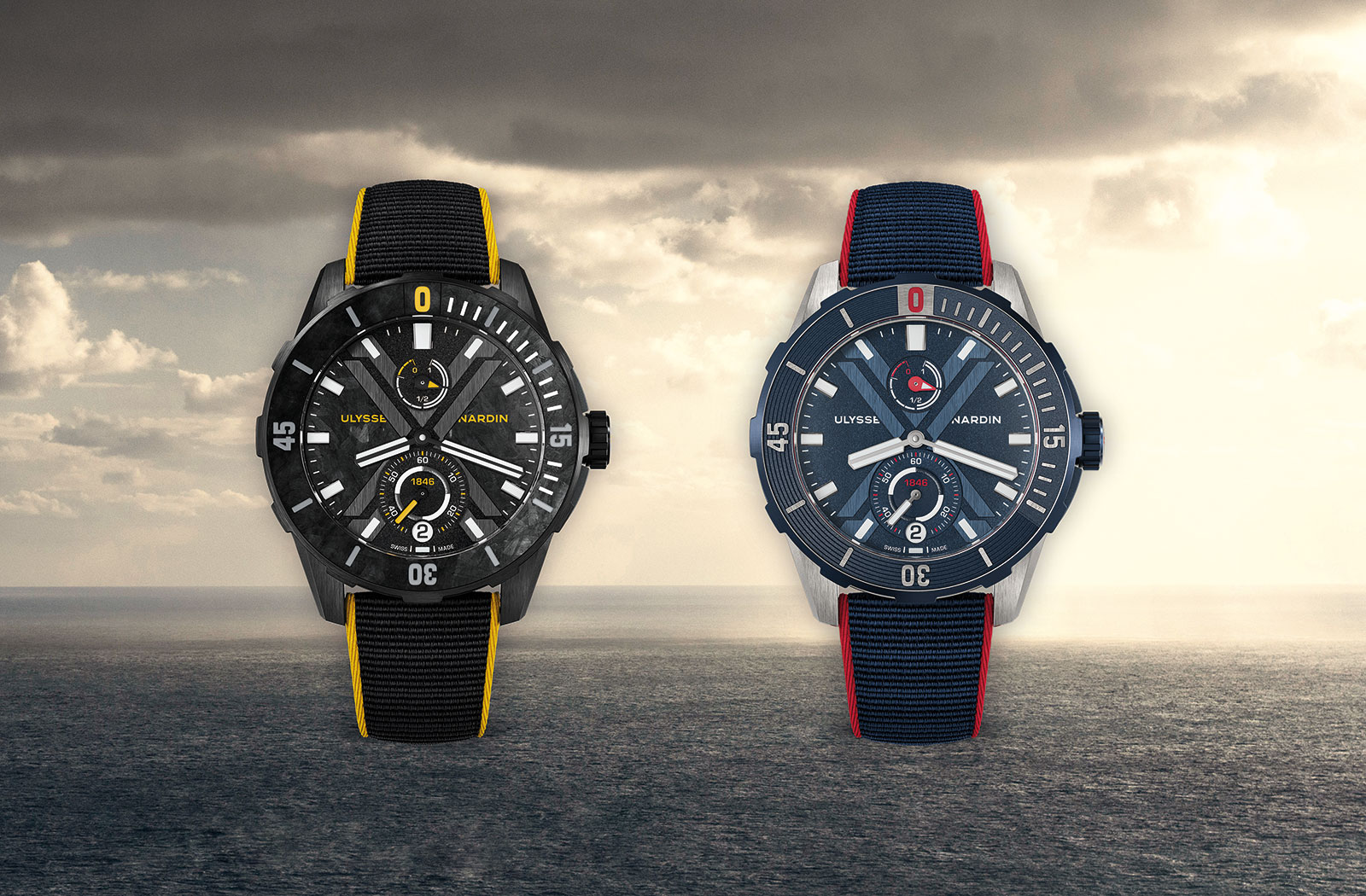 Every four years some of the most courageous sailors in the world participate in the Vendée Globe race, considered as one of the toughest yacht races on the planet. Often referred to as the ‘Everest Of the Seas’, the race is a test of an individual’s endurance as it involves facing significant challenges such as icy cold winds, extreme waves and more, all of which have to be faced single-handedly by the participant. Swiss watch brand Ulysse Nardin is the official sponsor of this year’s Vendee Globe race that started on 8th November and to celebrate this partnership the brand has introduced two new rugged sports watches The Diver X Cape Horn and Diver X Nemo Point to pay a tribute to the treacherous event. 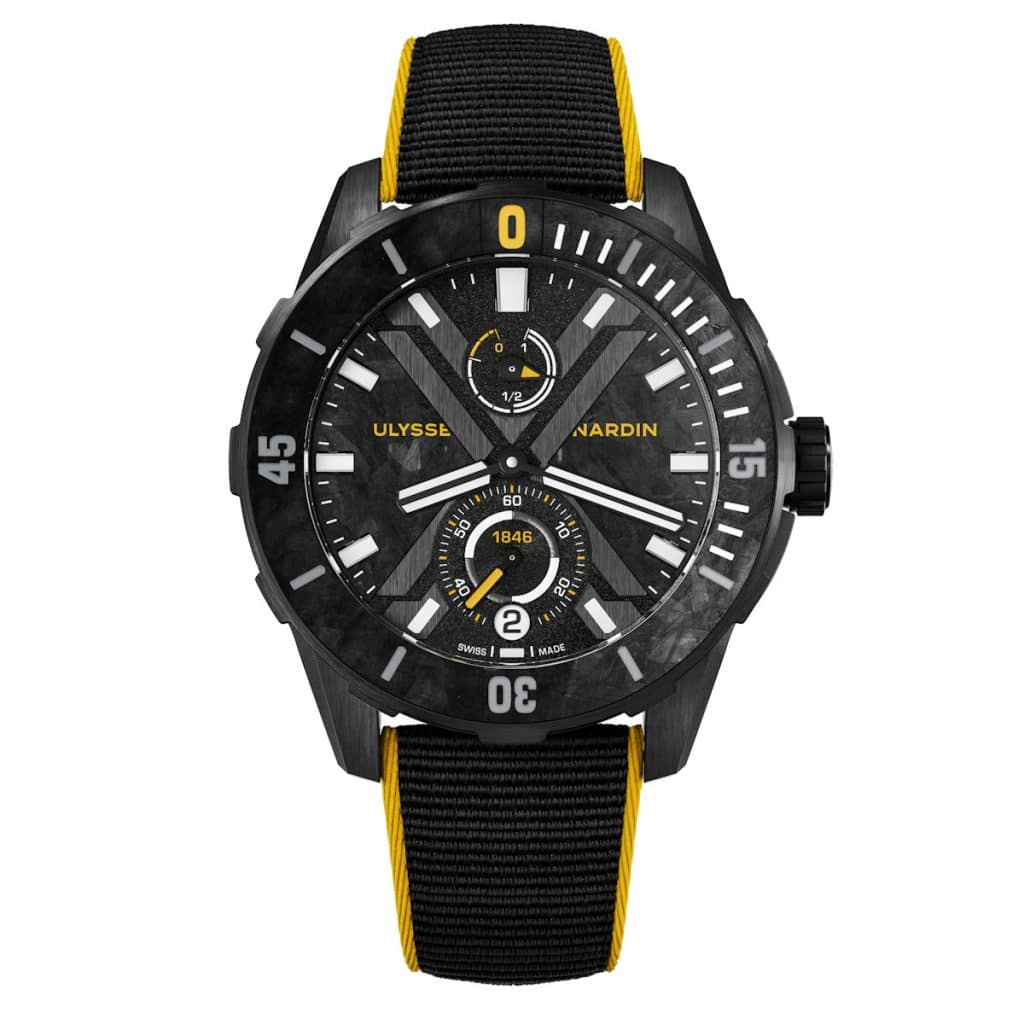 Based on the Ulysse Nardin Diver 44 that was refreshed in 2018, these new watches look quite familiar but manage to stand out courtesy of some interesting design flourishes. Presented in either a black or blue, the face is characterized by a big and bold letter X that has been seen on previous Ulysse Nardin releases such as the Skeleton X Magma and Freak X. It is a detail that makes a strong visual impact and gives the impression that the watch is capable of handling anything that is thrown at it, falling in line with the resilient spirit of the Vendée Globe Race participants. As for the layout of the dial, you have, applied lume filled indices, a power reserve indicator at 12, a running seconds dial at 6 that also incorporates a neatly integrated circular date aperture and a brood chunky handset. Apart from this, the blue and black dials get some nice red and yellow highlights that make them pop and add to the sporty vibe of the watches. 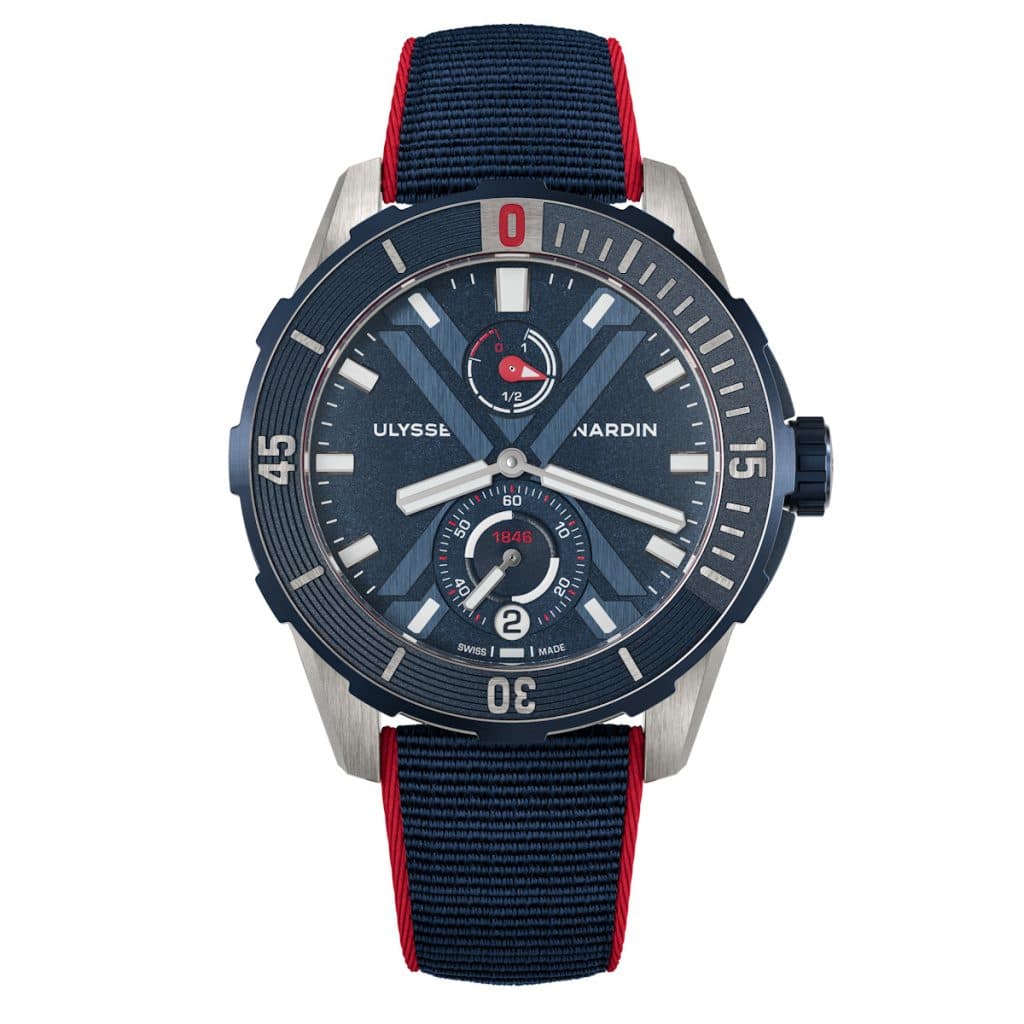 Like the dial, there are 2 case variations being offered. The Nemo Point comes with a finely brushed natural titanium case whilst the Cape Horn features a DLC coated Titanium case for a stealthy look. It measures a large 44mm in diameter to offer some nice wrist presence. Sitting proudly on top is a domed sapphire crystal that is surrounded by a uni-directional dive time bezel that is made from either carbon or rubber. The side of the case features a screwed plate with the individual serial number presented in red or yellow to match the splash of color on the dial. The case is water-resistant to a healthy 300 meters.

Flipping the watches over you get to see a closed case back that has been beautifully decorated with a deeply etched motif of the Vendée Globe race route along with the GPS coordinates of important locations that fall en route, and the watches are named after i.e. Cape Horn and Nemo Point. Underneath the screw-down case back lies the brands in-house Caliber UN-118. This is an automatic movement that operates at a frequency of 4Hz and offers a power reserve of around 60 hours. It also equipped with some nice technical advancements such as a diamond-coated silicon escapement called Diamonsil and a silicon hairspring.

The new Ulysse Nardin Diver X limited edition watches pay a fitting tribute to the treacherous racing event. The Cape Horn would come attached to a black fabric strap with yellow stitching and would retail for USD 9,900 whereas the Nemo Point would be accompanied by a blue fabric strap with red stitching and would retail for USD 8,900. The production run is limited to 300 pieces per model.