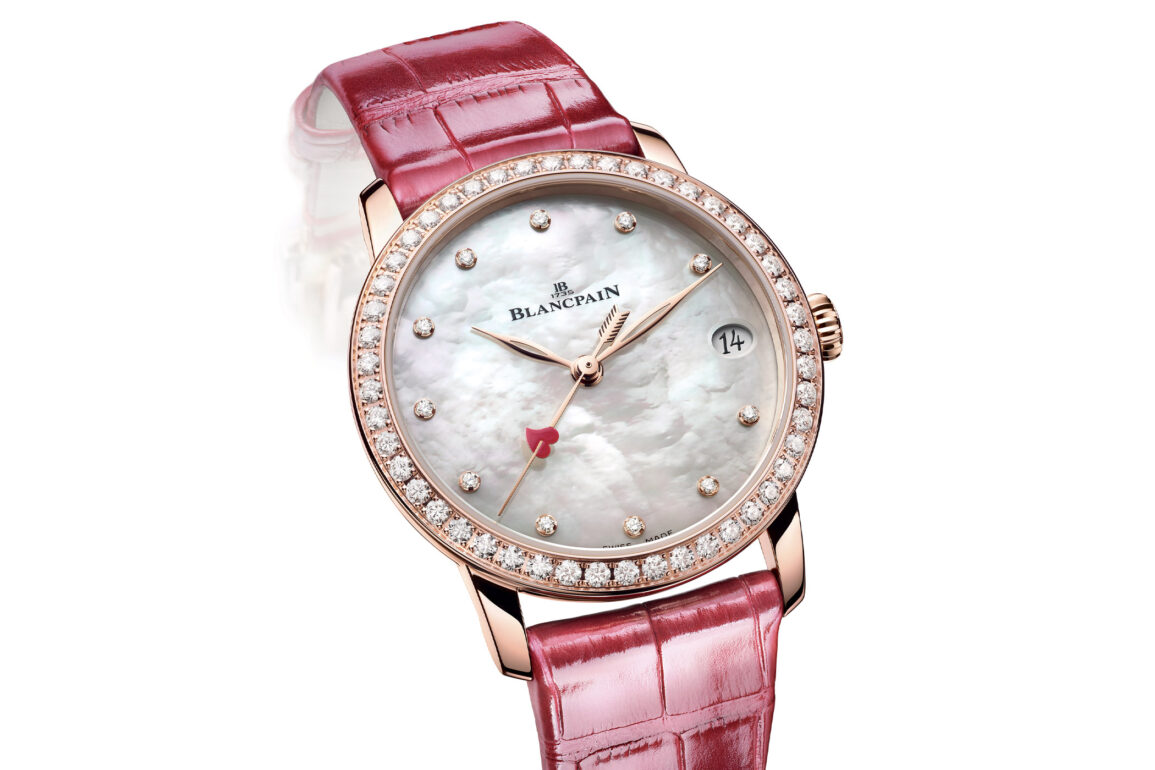 Blancpain looks to spice things up in February with a new Villeret.

With nearly all of us looking to leave the past where it belongs, it’s time to start getting ready for the annual days of celebration once more. We’re at the beginning of a new year, and one of the first celebrations on our list is Valentine’s Day. Supposedly formed by the Church to honour one of two chaps called Saint Valentine, Valentine’s Day is seen as a love, romance, and companionship festival. Blancpain, one of the world’s oldest watchmakers, has chosen to release a model specifically for this occasion and it’s targeted at women. 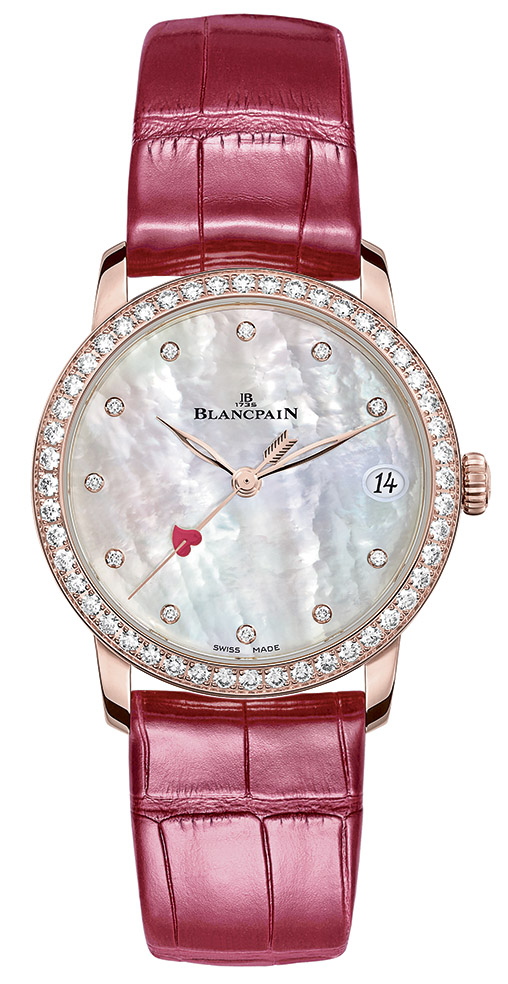 That means you’re getting a case crafted from 18k red gold which measures 33.2mm x 9.15 and has a bezel embedded with diamonds. It’s got a case that follows the design philosophy of the Villeret collection, namely, thin lugs and bezels and an appearance that seems like it’s both from the 18th century and 21st century simultaneously. 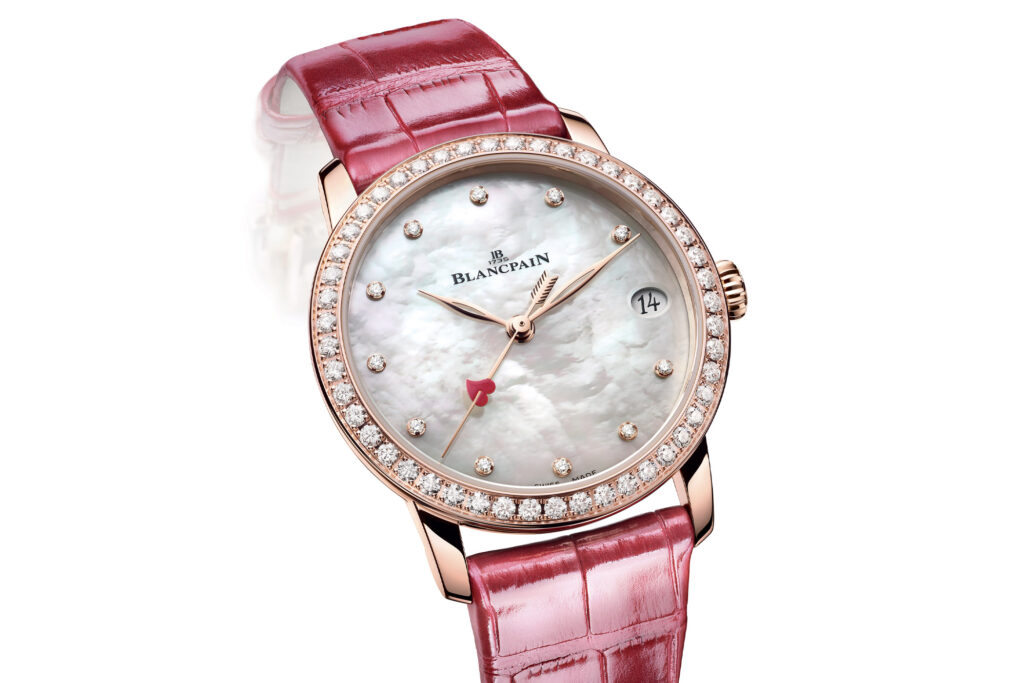 The dial is, as expected, mother of pearl and has diamond markers to accentuate the look. The small date window helps the subtle dressy look at 3 O’clock, you might think it imbalances the watch’s looks, but I’m alright with it. The thin leaf-shaped hands with cut-outs make for easy reading at a glance, but the seconds hand is a little different. The counterweight looks like the feathers found on Cupid’s arrow, and there’s even a little heart that’s been caught by Cupid’s accurate shot. 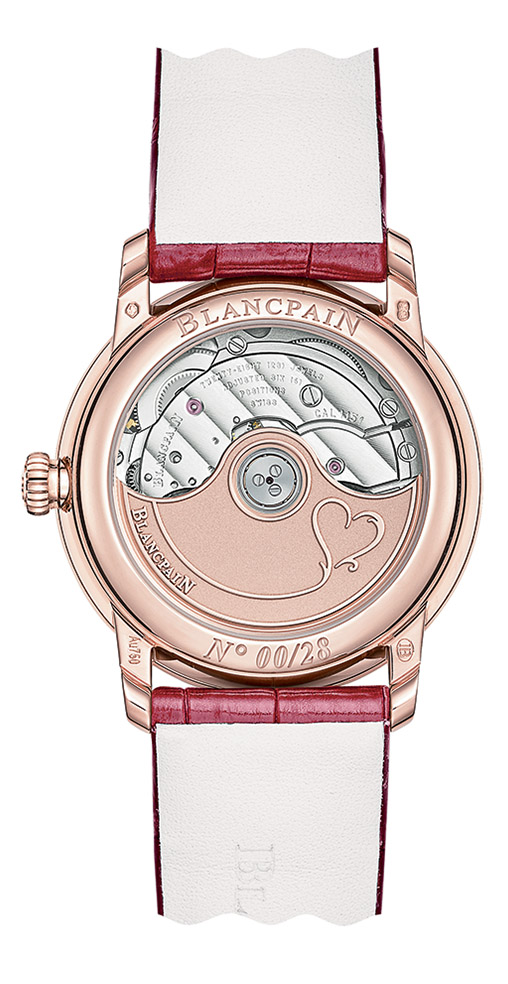 Inside the watch is the automatically wound calibre 1151. It’s a thin movement made up of 210 parts with a long power reserve of 100 hours and a beat rate of 3Hz. It’s also using a silicon balance spring for better resistance to magnetism, making for a more accurate watch. The solid gold rotor also has a heart decoration on it for good measure.
This Valentine’s Day edition looks promising, and I hope it can take away some of the memories of last year, at least temporarily. It comes on a red leather strap with a solid 18k gold buckle. It’s limited to just 28 examples worldwide for $22,500.