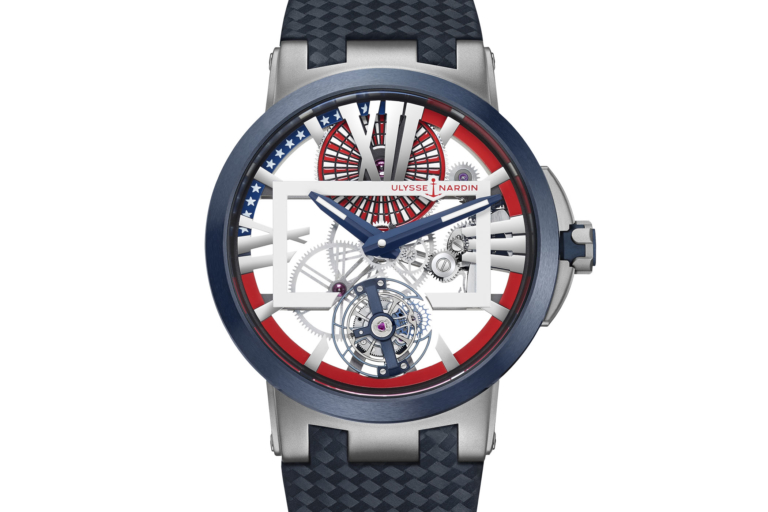 For the fourth of July, Ulysse Nardin decided to release a limited edition Ulysse Nardin Executive Skeleton Tourbillon “Stars and Stripes” Edition watch. This is good news for all our American friends. 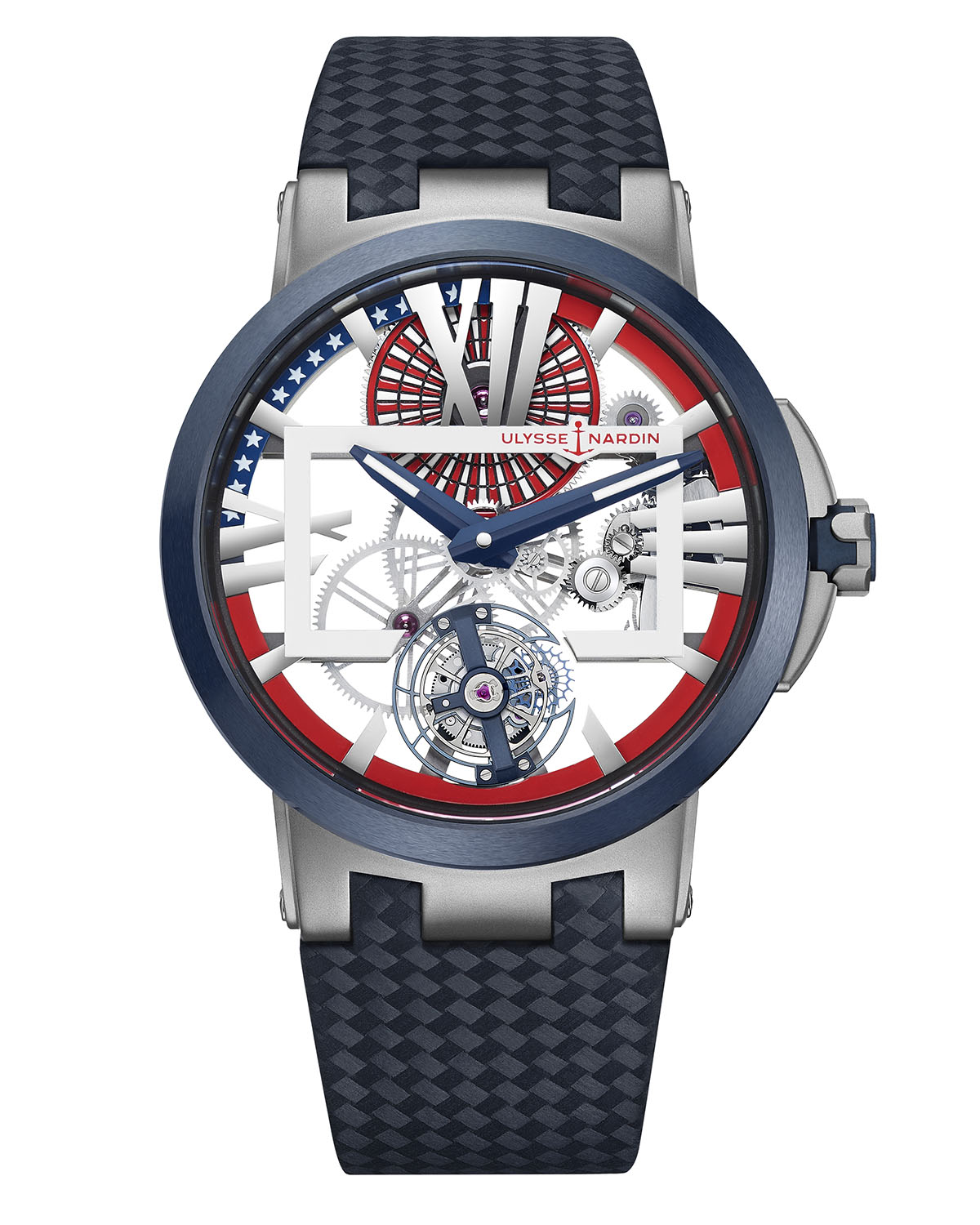 Not only is the new Ulysse Nardin Executive Skeleton Tourbillon “Stars and Stripes” intentionally launched on Independence day, it also commemorates its century-long dedication to nautical precision and values shared with the United States Navy. The limited release clearly highlights the longstanding ties Ulysse Nardin has with this corporation. When it was looking for its nautical supplier in 1902 it turned to Ulysse Nardin for its superior accuracy and engineering. Ulysse Nardin has always been the winner at least most of the time at the Washington Naval Observatory’s competition to equip its torpedo boats. Also the brand’s instruments have been instrumental for the US naval ships for over a hundred years so as you can see, this release is indeed very timely and purposeful.

The name “Stars and Stripes” is clearly inspired by the American flag with its 13 red and white stripes and 50 white stars over a deep blue background. Nonetheless, it is a patriotic watch and a very stylish one. The mechanical presence of the watch is strong partly because of its skeleton tourbillon. The special version of the Executive Skeleton Tourbillon plays on the blue/white/red color scheme and it also features several white stars on the dial all integrated or exclusive for this specific release. Moreover, everything has been done with the usual quality that the brand is known for.

Design-wise, the “Stars and Stripes” theme is not applied by machine stamping rather it is pretty much done by hand. Donzé Cadrans, Ulysse Nardin’s internal dial maker utilizes a micro-painting technique that requires a paintbrush the width of a single eyelash. Stars adorn the top quarter of the inner flange while stripes decorate the cover of the barrel drum. The playful contrast between deep blue and silvery-white colors looks attractive but honestly, this really is a patriotic watch because it is a bit too colorful for my taste. 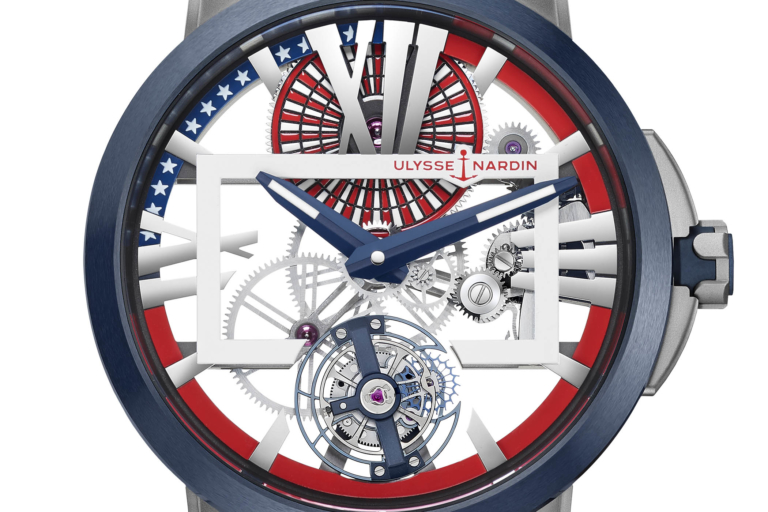 We also see a 45mm case in combination with bead-blasted titanium and brushed blue ceramic for the bezel. When fixed with a blue “carbon-effect” leather strap, the result is a deep contrast of attractive colors. Powering the watch is an entirely open-worked movement and framed by the signature executive rectangle that pays tribute to the design theme. The movement is also decorated and almost all of the moving parts are visible to the naked eye including the flying tourbillon at 6 o’clock.

The impressive and bold calibre UN–171 also features silicon escape wheel and hairspring and together with its single but oversized barrel, the movement yields a remarkable 170 hours of power reserve.

Each of the 50 limited Ulysse Nardin Executive Skeleton Tourbillon “Stars and Stripes” watches will be priced at USD 46,000. Visit Ulysse Nardin here.