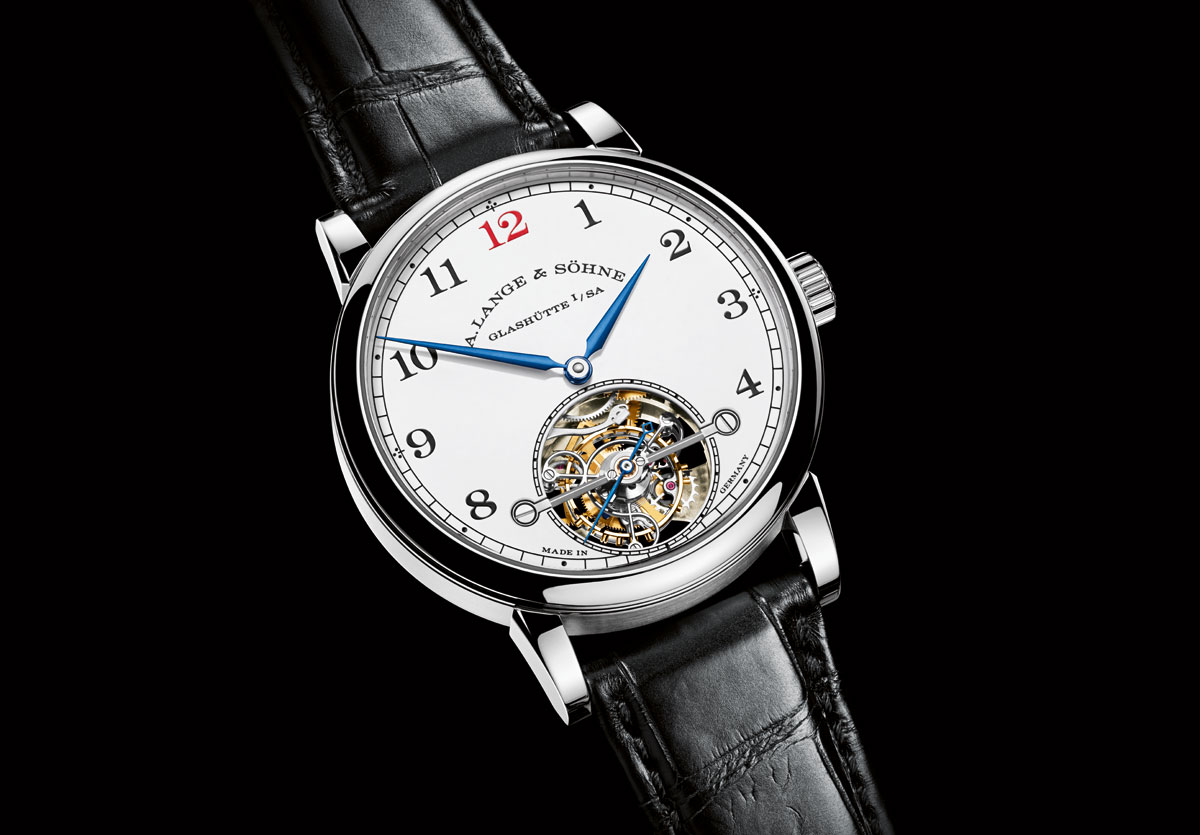 One of the things that I distinctly remembered from our trip to A. Lange & Söhne’s manufacture a couple of years ago was the fact that they admitted they didn’t know everything about watchmaking. It was stressed that Lange spends a lot of time learning new techniques and methods for watchmaking. If you think about it, the Lange we know today has only existed since 1994, which is nothing compared to its competitors such as Patek, Vacheron and Breguet which have nearly 700 years of experience between them.
One of the things they’ve been learning and working wonders with at the same time is the art of the enamel dial, a very tricky process which requires patience and skill, as well as the nerve to hold your composure if it all goes horribly wrong. Indeed, making an enamel dial is an art form itself, more so if you have to make cutouts in it for the tourbillon and bridge assembly like Lange has done here. Beneath the dial is the tourbillon itself, but this is no ordinary tourbillon as Lange has thrown in its party trick for this watch too. Upon pulling out the crown to adjust the time, the seconds hand (connected to the tourbillon) stops dead, to further increase that complexity, as if stopping a tourbillon wasn’t enough, it also jumps back to zero to be as accurate as possible when setting the new time. 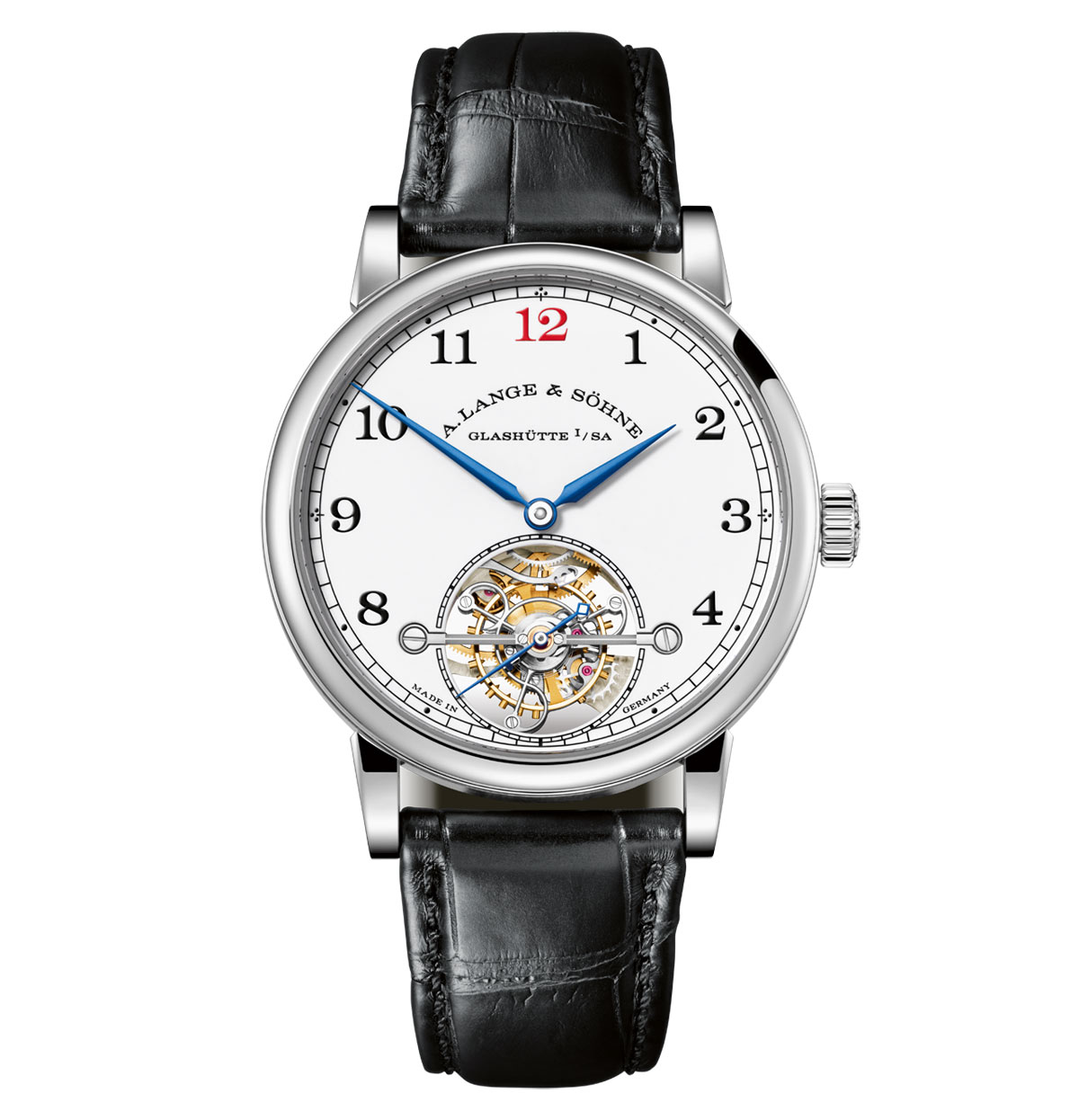 In the classic style of the 1815 collection from Lange, you also get a beautiful smooth train track seconds ring around the outside with Lange’s triple dot markers at 9, 12 and 3 O’clock. The 12 O’clock numeral is painted in red which contrasts well with the black markers, bright white dial and the blued lancet hands which are probably my favourite part of this entire watch. 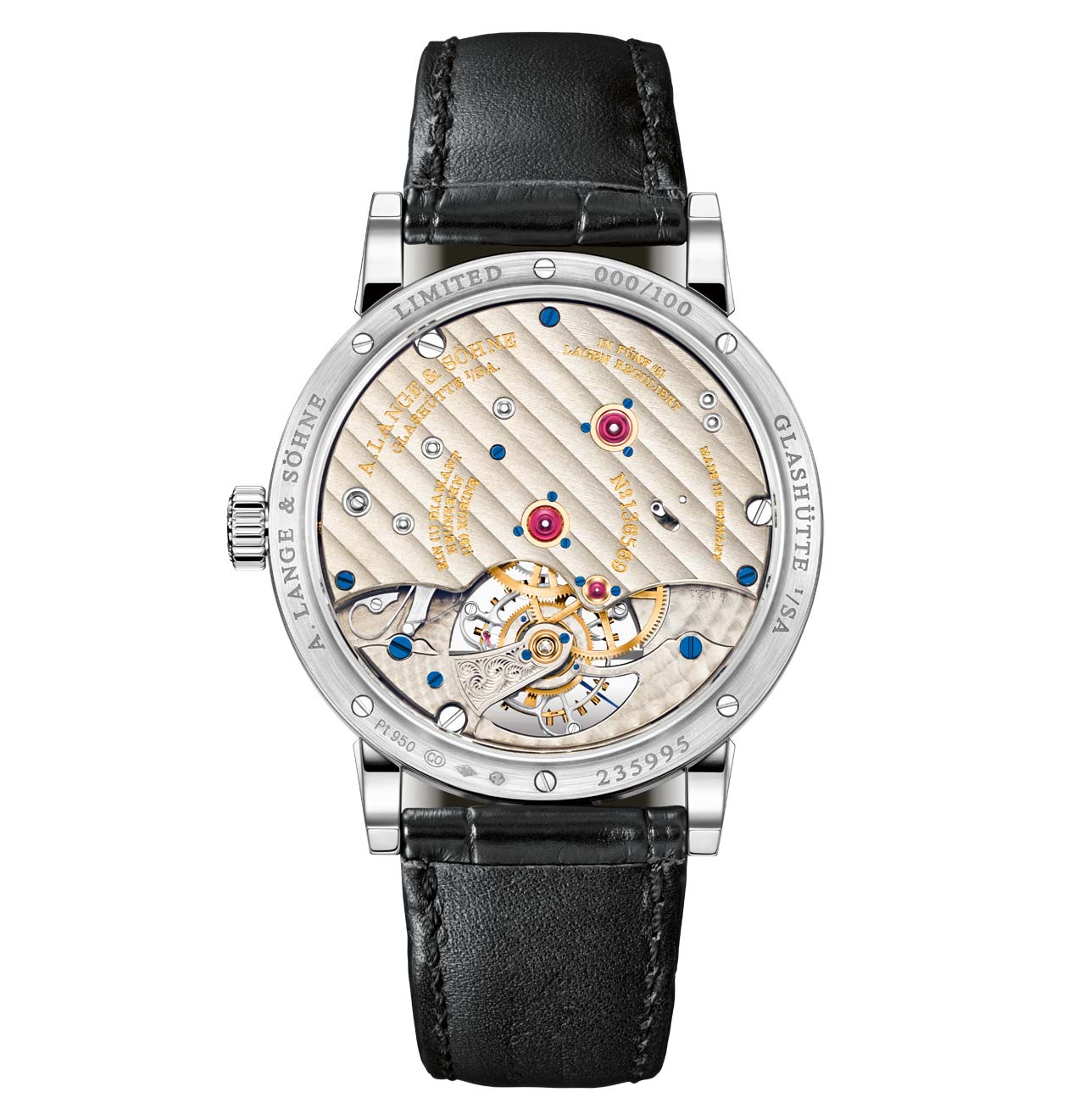 This watch is pretty reserved in its sizing. Complex Lange watches tend to be quite large in diameter and thick, partly because, as I explained earlier, Lange hasn’t perfected all the arts yet, including miniaturisation. This watch breaks that mould though, it’s a subtle 39.5mm in diameter and is 11.3mm thick. I like that Lange kept with the classic Glashütte watchmaking tradition here of big mainplates covering most of the back of the watch, though you still get to see the underside of the tourbillon. There’s even a high-quality white sapphire holding the tourbillon in place, although none of the other jewels are white. That’s something we expect to see on Moritz Grossman and Lang & Heyne watches, not necessarily A.Lange & Söhne watches. This watch has a 72-hour power reserve.
While this watch isn’t necessarily a Handwerkskunst model, it is limited and priced like one. There will be just 100 of these watches made, and they will sell at $197,200 because $200,000 was just too much I guess. Visit A. Lange & Söhne here.