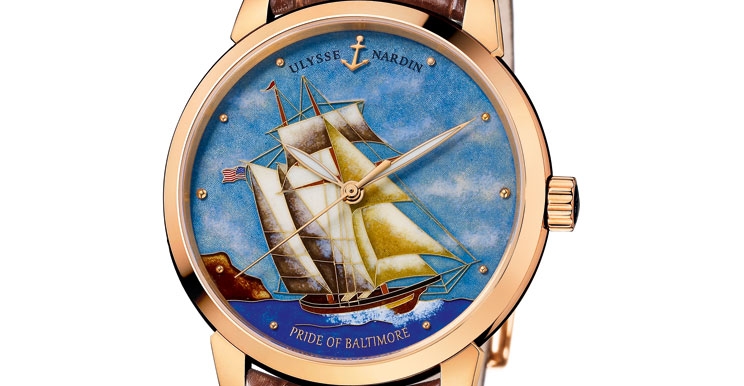 For 2013, Ulysse Nardin leads its Classico Cloisonné collection with the new Pride of Baltimore, drawing inspiration from the history changing use of Baltimore Clippers during the War of 1812.

In a clever attempt to compensate for the modest size of the US Navy, President James Madison issued Letters of Marquee and Reprisal to private ship owners, enabling them to act as privateers, or legal pirates, of Great Britain’s merchant vessels. The captains and crews of these topsail schooners set into action, crippling approximately 1,700 British merchant ships by way of capture or sinking. As well, the Baltimore Clippers barged through the British naval blockade of the US coastline, including the Chesapeake Bay, reaching the shores with weapons and other artillery needed to fight America’s Second War of Independence. 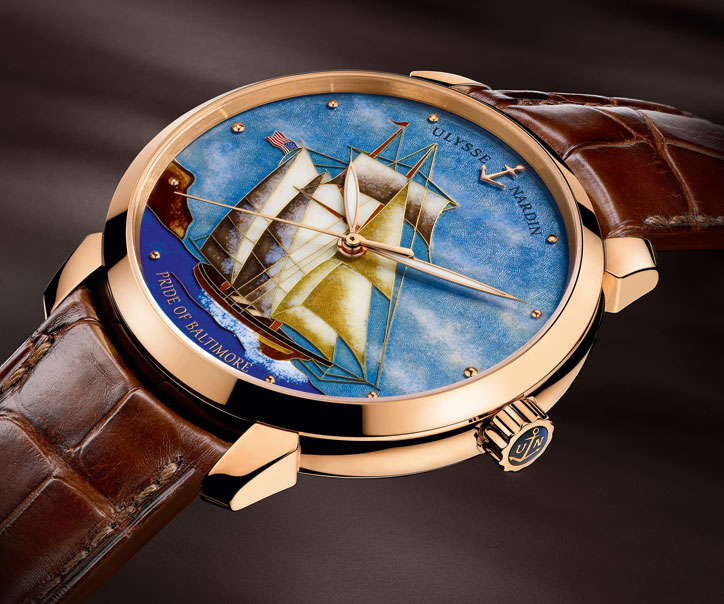 To be a successful privateer, superior sailing performance of a Baltimore Clipper was mandatory, and it was Captain Thomas Boyle of the Chasseur who became recognized as one of the most famous American privateers. Returning to Baltimore after the capture of the HMS St. Lawrence, Boyle’s most famous seize, the Niles Weekly Register applauded the victory by naming Chasseur, her captain and crew the “Pride of Baltimore.”

Ulysse Nardin salutes the Pride of Baltimore with a timepiece that unifies superior mechanical watchmaking with the art of enameling.

Slicing through the sea, the Pride of Baltimore is beautifully depicted in lifelike detail – a result only achievable through superior enameling skill. In the process, opaque, transparent or translucent colors and tones are derived from the proportions in which the elements are mixed in order to get amalgams, the composition of which is often a secret. Remarkably, each segment is divided by a gold wire segment that prevents the liquid powdered enamel to flow into other melting chambers. Over 500mm of fine gold wire is needed to make the cloisons, a practice that requires 50 working hours and 26 processes to complete each cloisonné dial. 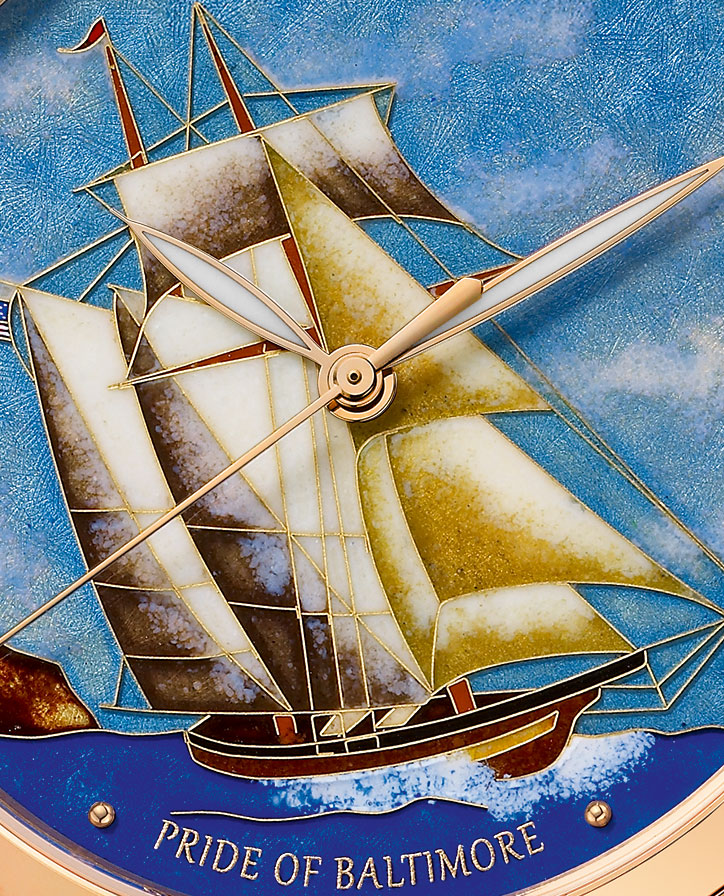 The Pride of Baltimore is an exquisite representation of artistic discipline by the hands of masters from enamel-dial specialist, Donzé Cadrans S.A. Ulysse Nardin’s relationship with the famed enamel-dial manufacture dates back to the 1980s when Rolf Schnyder purchased Ulysse Nardin; together, unparalleled enamel-dial timepieces have been produced for more than 25 years. To continue its quest for independence while demonstrating its passion for the art of enameling, Ulysse Nardin acquired Donzé Cadrans in 2012, creating, yet again, another unrivaled in-house capability.

The Pride of Baltimore is available in a limited edition of 30 pieces each in 18-karat white or rose gold, and measuring 40 mm in diameter. The self-winding watch is powered by the UN 815 caliber that has been COSC Chronometer certified and has a power reserve of 42 hours, and is water resistant to 50 meters. 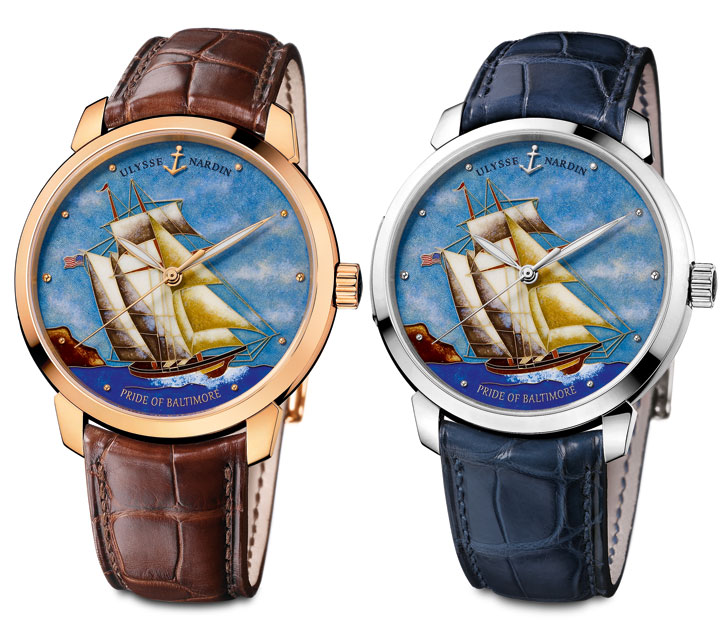 The Chesapeake region represented significant importance in the shaping of the United States, and Ulysse Nardin beautifully conveys its history in the Pride of Baltimore, securing its space in its archive of achievements.