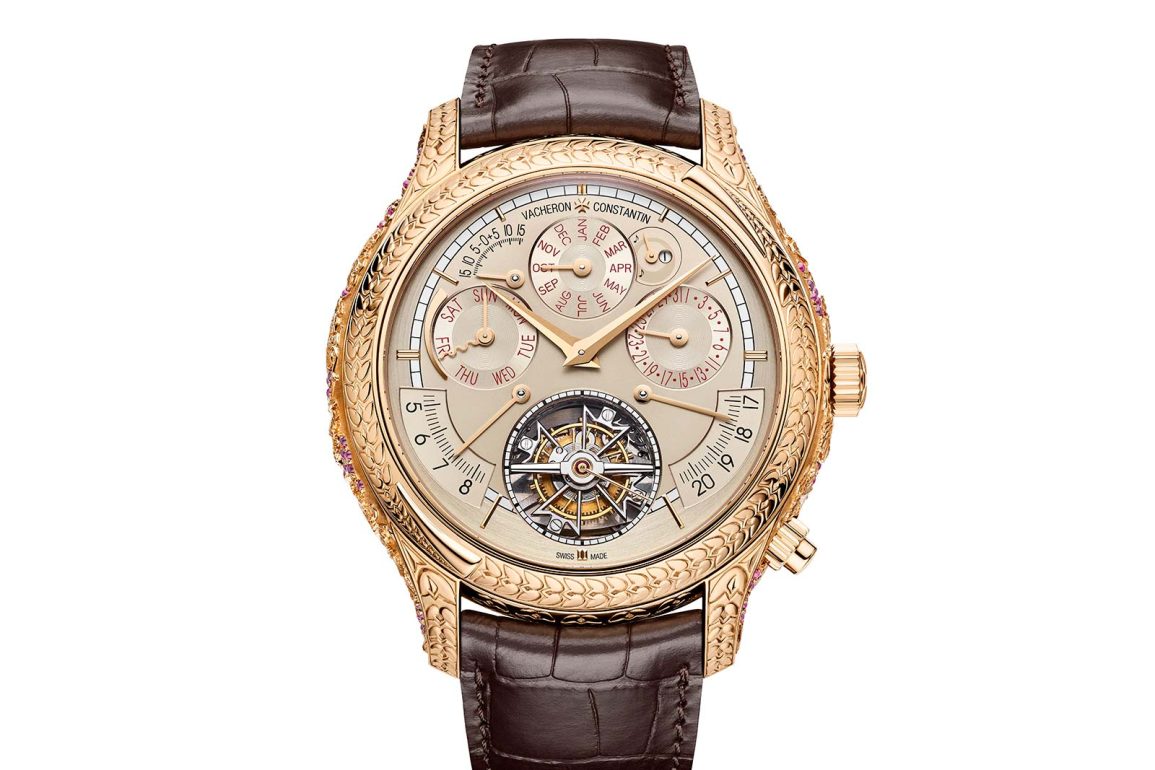 Move over the rest of 2022, Vacheron Constantin has started the year off and, well, probably ended it too.

Believe it or not, Vacheron Constantin has a small department for making high end watches. Yeah, I know, it’s hard to visualise but it’s true. Their “Les Cabinotiers” watches are a customised one-off timepieces generally, and speak the levels of skill that this famed watchmaker has at its disposal. It’s a little more than ordering off the famed “secret menu” at McDonald’s, but the fundamental principle is largely the same. Take the watch you want, ask nicely (and hand over cash) and then tell them precisely what decorations you’d like. Sometimes, Vacheron Constantin will play around with the designs themselves for the fun of it, but make no mistake, these watches are here mostly to get the interest of the more general watch fans than those who can actually afford them. 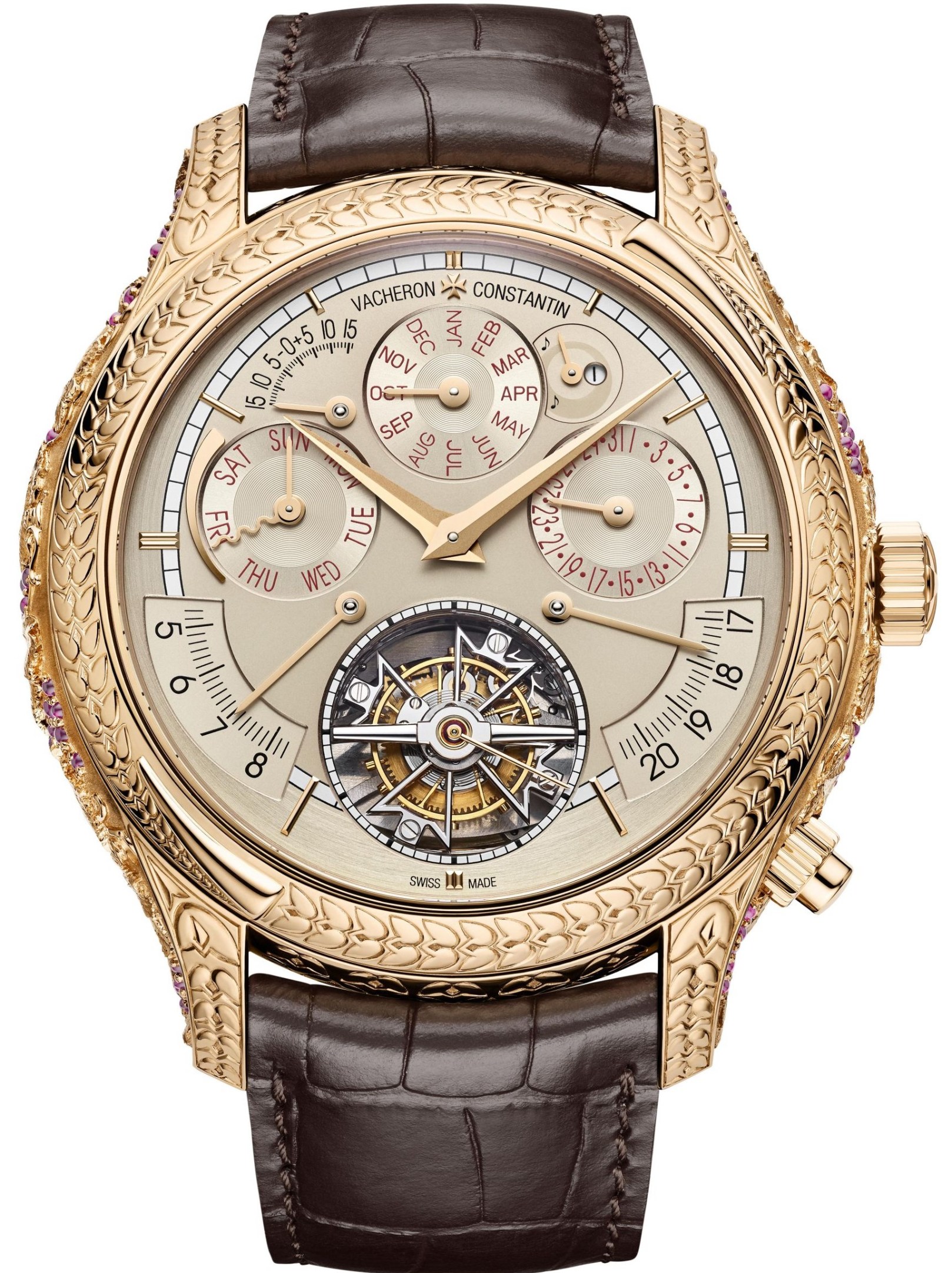 The new watch takes inspiration from the Roman god Bacchus who was the god of vines and wine. Presumably then, this watch will be sold as the Vacheron Constantin Les Cabinotiers Grande Complication Bacchus everywhere except Greece where Bacchus will be replaced by Dionysus, who knows. What we do know is that there’s no surface of this watch that has not got texture to it. The main attraction is the solid 18k pink gold case which, let’s not mess around here, blows that reversing watch from Patek Philippe into the weeds. The sides of the case feature an attractive grapevine motif with rubies expertly set to represent the grape bunches on the vines. There’s also engravings of vines between the lugs, on the lugs and around the bezel. While the engravings on the side of the watch will doubtlessly draw the most attention, the engravings on the bezel and lugs actually represented the largest challenge. As the vines take up the entire width of the bezel, there are no guidelines to help the engraver, one small slip up and they’re re-doing the entire thing. This vine garland motif is also carried onto the folding clasp or pin buckle, presumably these are both included. 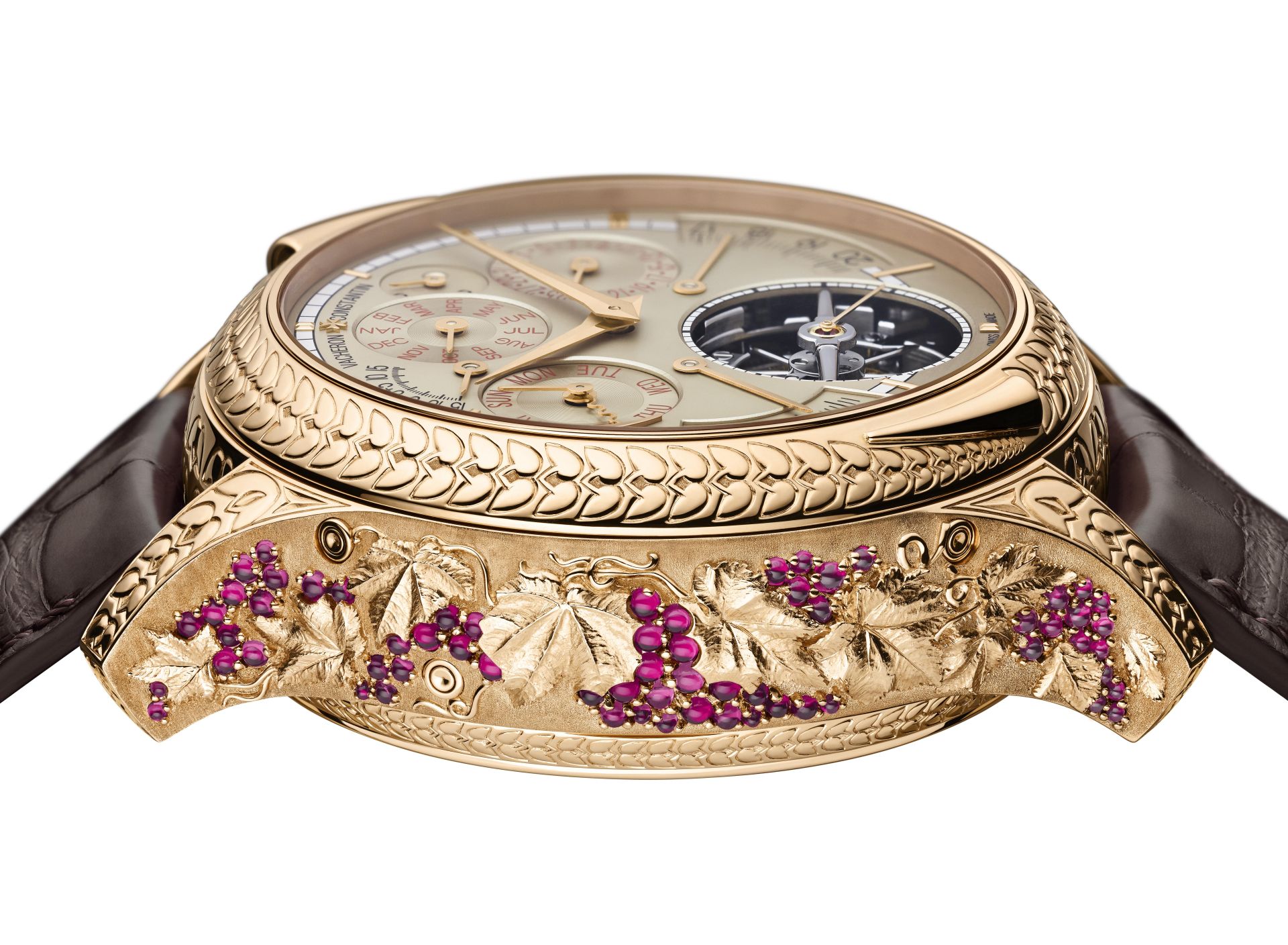 You might be wondering what the notches on the bezel are and, to be honest, so am I. Nowhere I looked seemed to have any answer to this question, and Vacheron Constantin’s website hardly notes this watch’s existence. What I can say is that the calibre 2755 GC16 in this watch is based off the one made for the Tour de I’lle all the way back in the mid-noughties, and that was one of the most complicated wristwatches ever made. This watch is no different, there are 16 functions within it, so rather than attempt to describe them all (mostly because I have done in past articles) here they are listed: 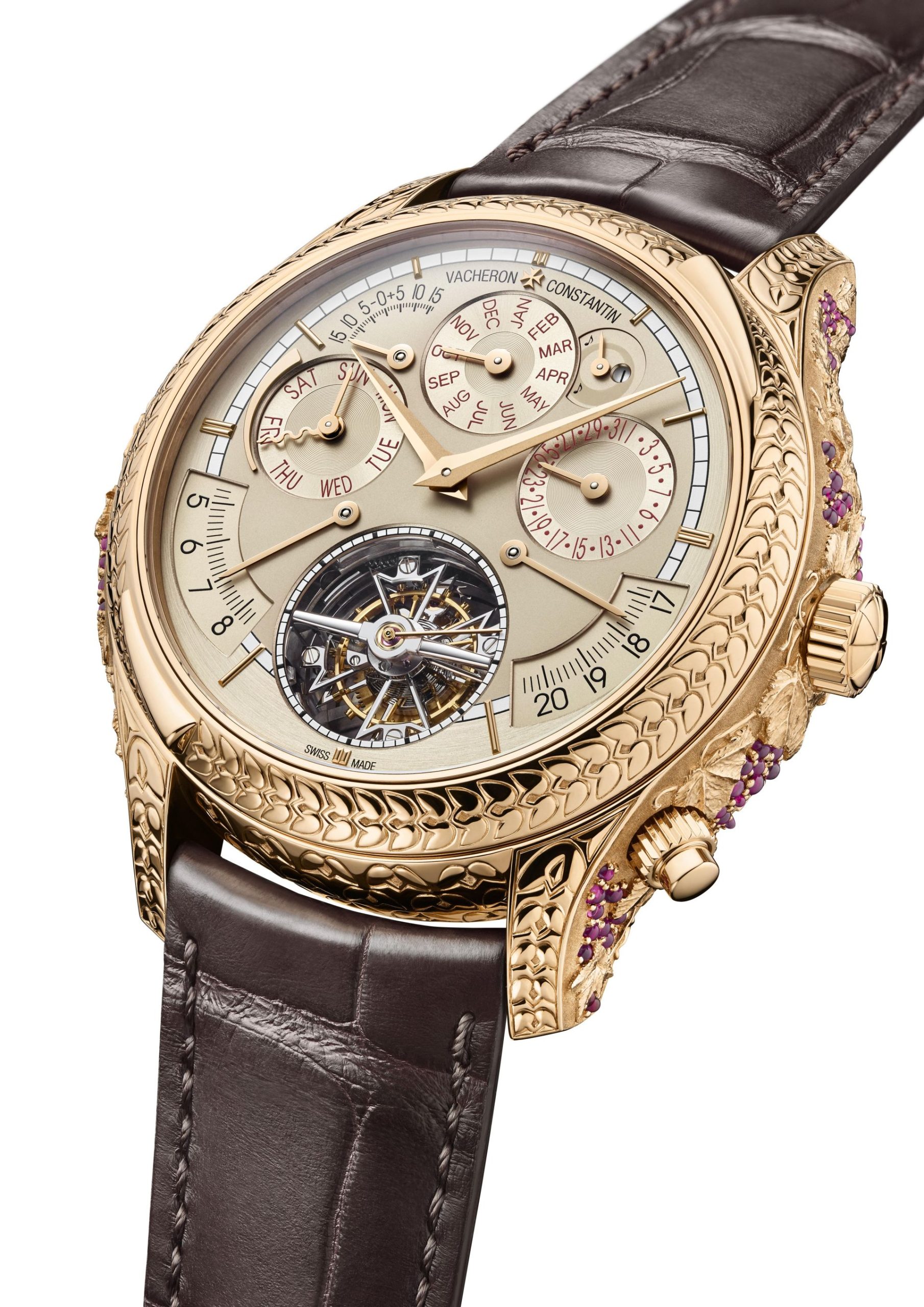 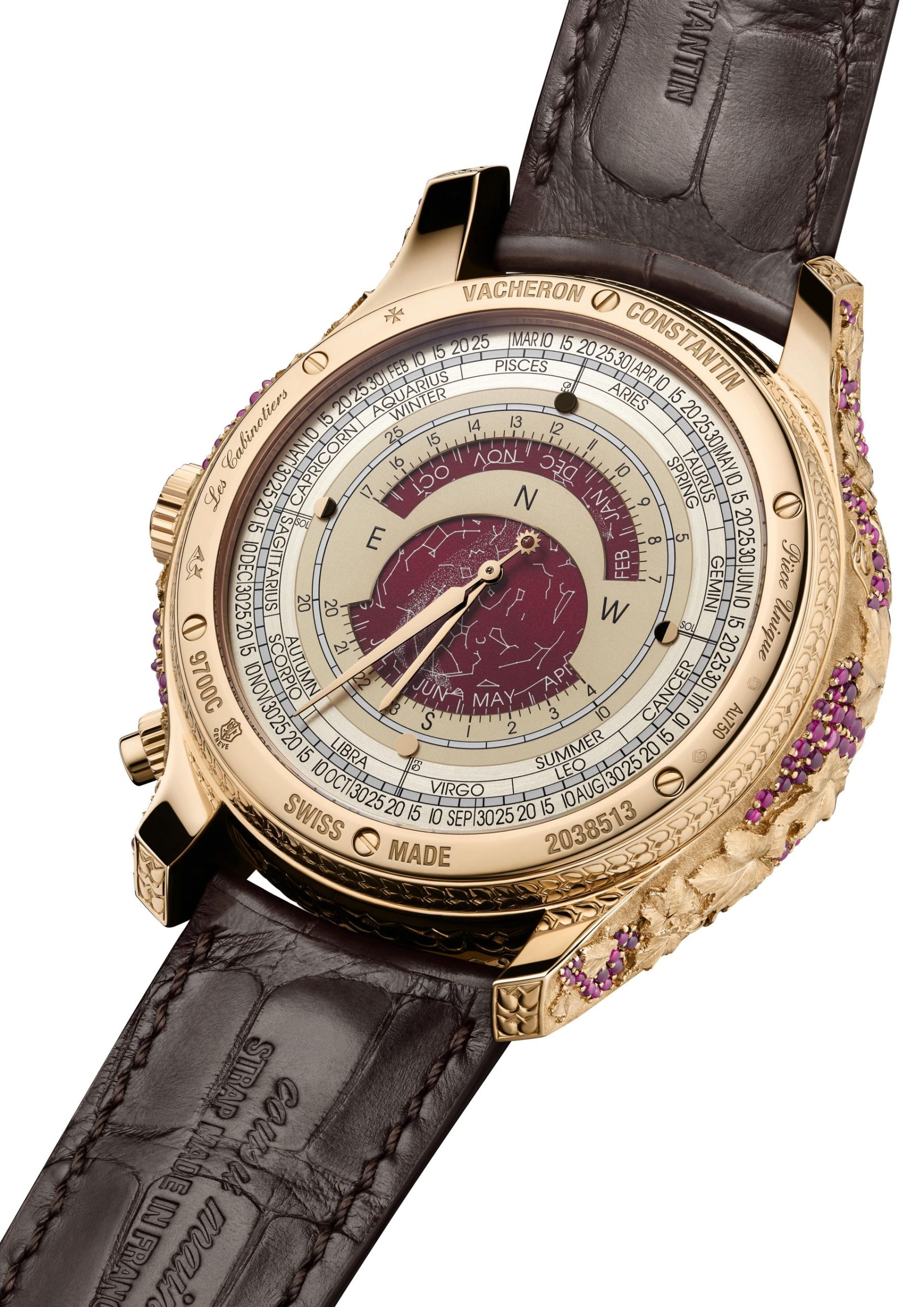 If you’re interested, the movement alone is 12.5mm thick, but the watch as a whole measures 47mm x 19.1mm. Not that that matters much, you can’t get one as they’re only making one example. It also comes in a “prestige box”, but that doesn’t matter much either as they’re only making one. Instead of seeing this as a reason to tell me for the thousandth time why 38mm is the best watch diameter, let’s all instead use this to appreciate the achievements that can be made when we humans really put our minds, and our souls, into something. What a splendid way to start the year off.