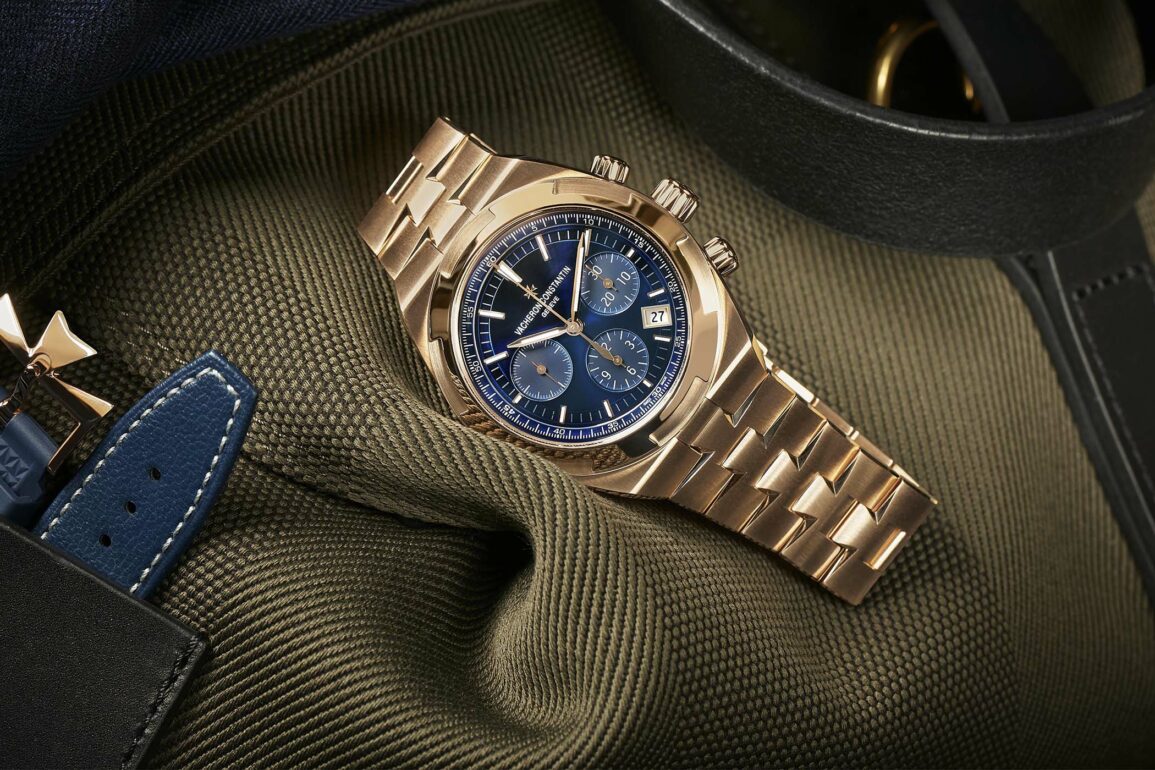 Ah, the integrated bracelet sports watch, some will consider it the greatest type of luxury wristwatch capable of being worn in nearly all scenarios. Others will see it as a boon on the industry, spawning countless blue-dialled variants of watches that all look remarkably similar from a distance. Whichever camp you’re in, Vacheron Constantin has released a new version of its iconic Overseas Chronograph watch. 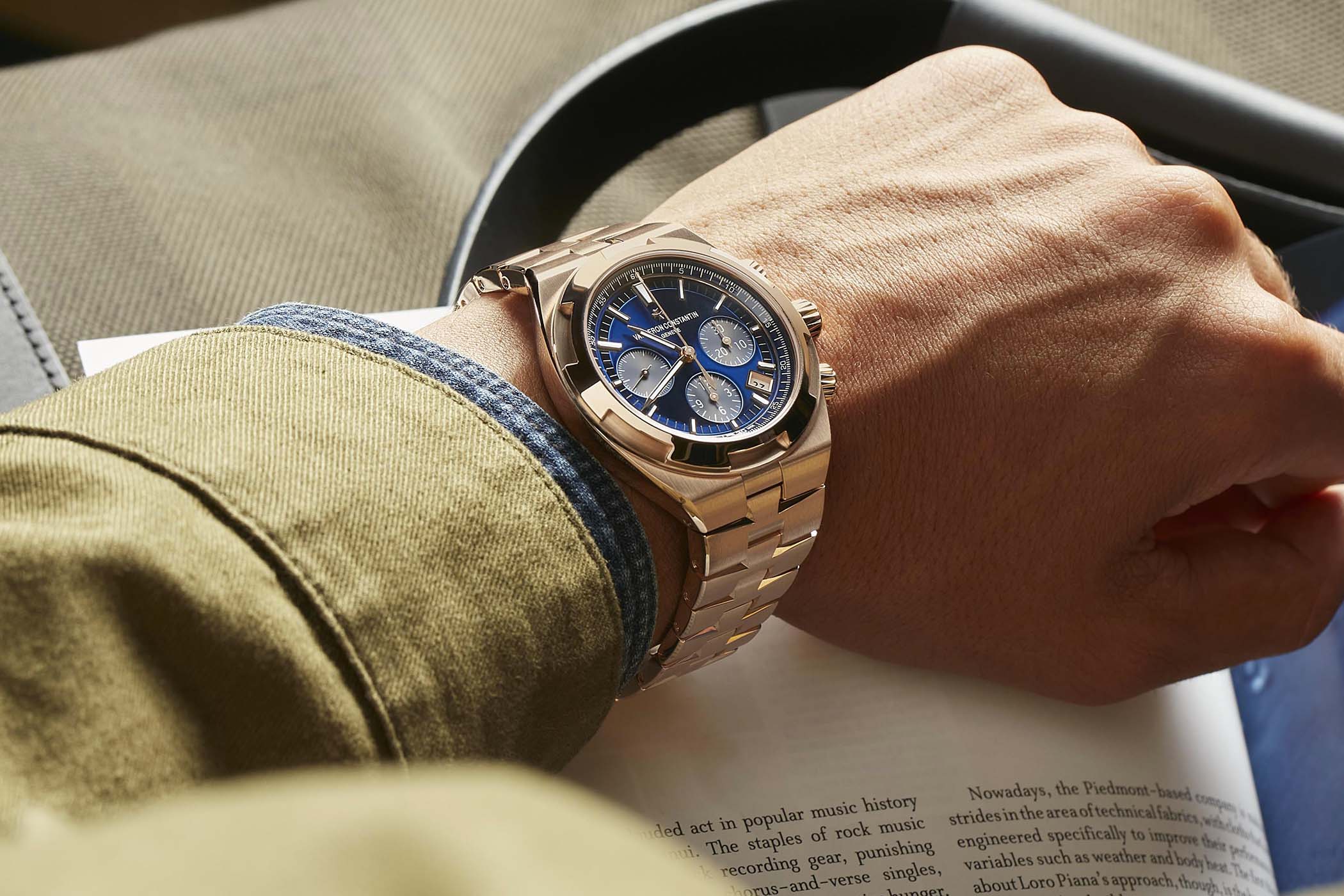 The overseas is seen as a part of the original “trilogy” of these types of watches, although that’s not entirely correct as Gérald Genta designed the 222 for Vacheron Constantin, which morphed over time to become the Overseas that we know today. Now in its third generation, the Overseas unfortunately took a back seat to the Royal Oak and the Nautilus, but it’s become apparent with this generation that it’s the dark horse of the three, one to underestimate at your loss. Measuring 42.5mm x 13.7mm, this watch is quite a sporty number, given its dimensions. And yet, it’s made from solid 18k pink gold, so how much sporting activity you’d want to do with it depends on you (although I’d guess it’s not much). The case is water resistant to 150m, though, which is good. The lacquered blue dial is the standout of the show here. Pink/rose gold and the colour blue just work so well, and the sunray pattern of the dial will really pop in person. My only gripe is that the backdrop of the date window at 4.30 isn’t the same colour as the dial, although it has an applied gold frame around it which is nice. Powering it is the self-winding calibre 5200, which runs at 4Hz and, thanks to twin barrels, for a total of 58 hours. The chronograph is controlled by a column wheel which has a Maltese Cross cap on it, a hallmark of Vacheron Constantin chronograph watches of late. There’s also a vertical clutch hidden below the striped plates of the movement allowing for better longevity of the chronograph mechanism. 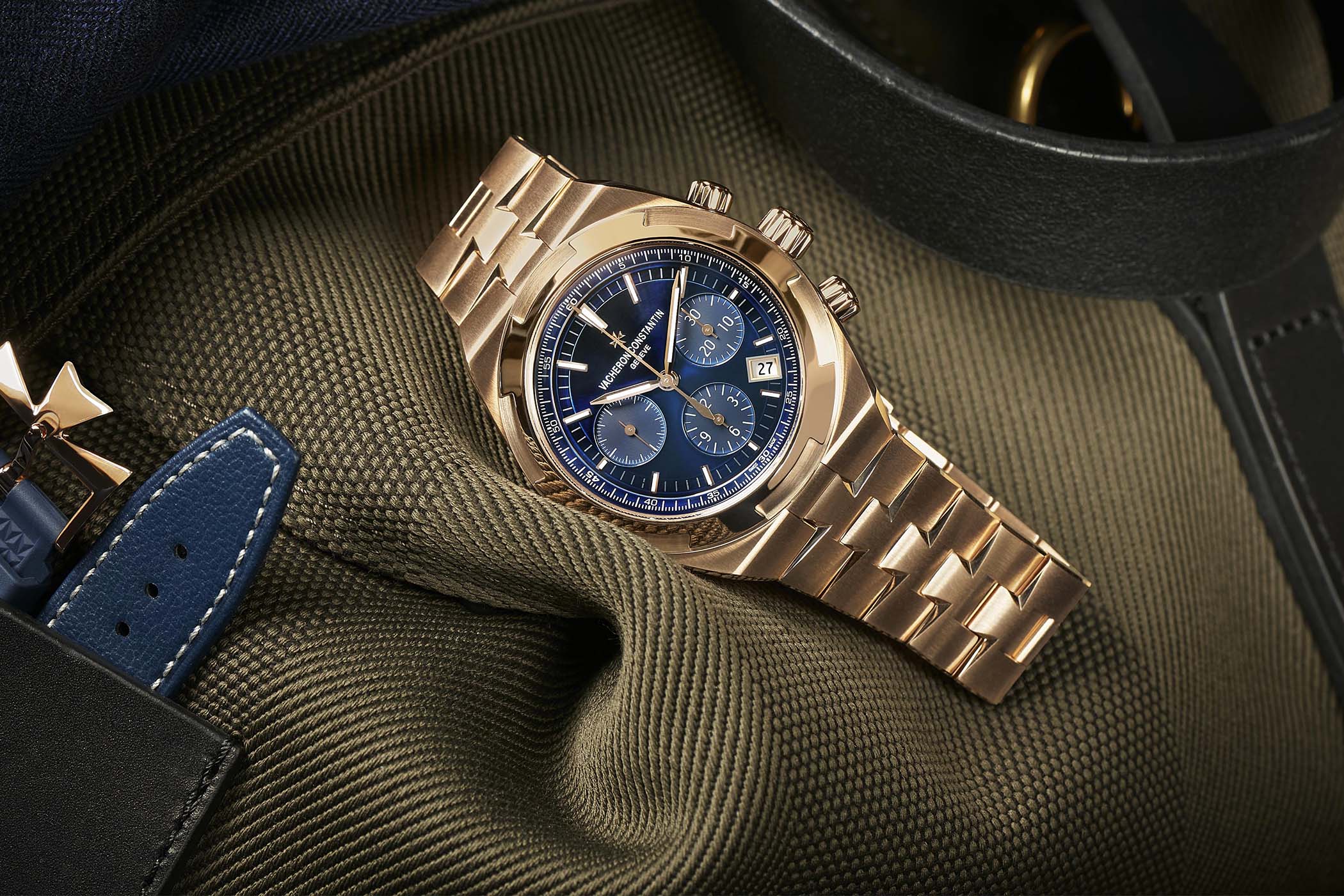 It’s not a limited edition, but it is only available through Vacheron Constantin’s boutiques for the princely sum of €82,500.