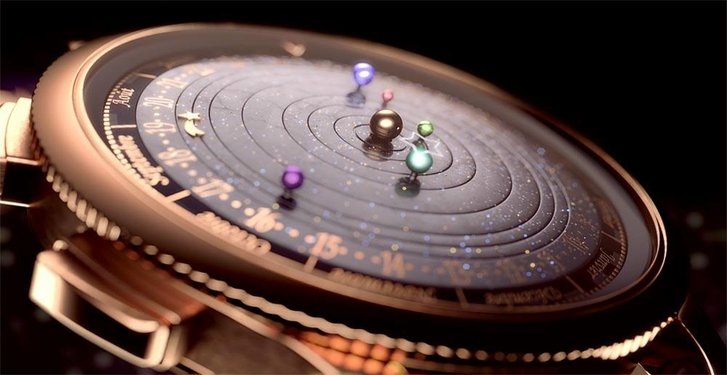 You thought the Sky Moon Tourbillon by Patek Philippe had a crazy star chart? That watch had it on the reverse of the watch, hiding the beauty away. The Midnight Planétarium shoves that complexity right into your face and makes sure you know just how much work has gone into it. Yeah, that’s right, stare at the dial some more. It’s fantastic isn’t it? A rose gold case, precious jewel planets orbiting a rose gold sun? It’s nothing if not uniquely breathtaking. 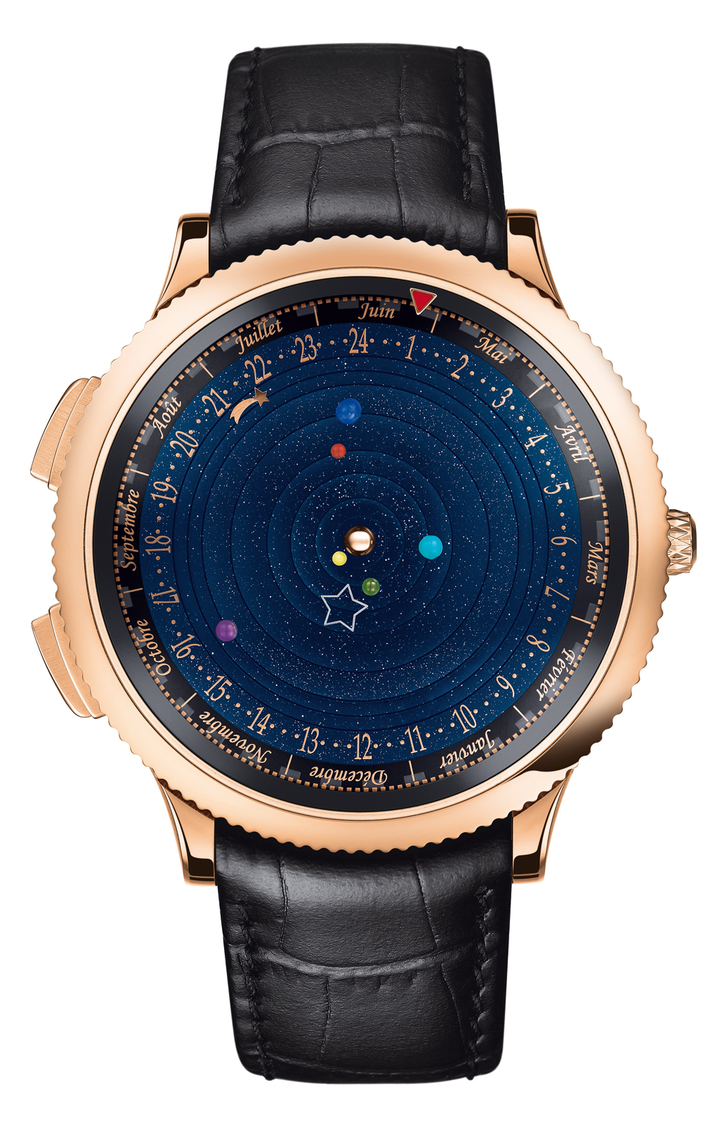 So how does this crazy thing work? Well to be sure we’d need to ask the crew of the Starship Enterprise, but we think we’ve sussed it out. The planet that’s three “orbits”from the centre represents Earth, on it’s slow voyage around the Sun. If you’re wondering about that comet, it essentially plays the role of the hour hand, there are even 3 quart hour markers in between each hour.  Similarly to the Longines Twenty Four Hours, each hour is represented on the dial of the watch so as not to cause confusion, presumably because in Switzerland people find it really difficult to tell the difference between day and night. However, joking aside, the Midnight Planétarium has a rotating bezel which moves a small arrow inside the bezel which you can use to point to your “lucky star”. Now there’s thoughtfulness. 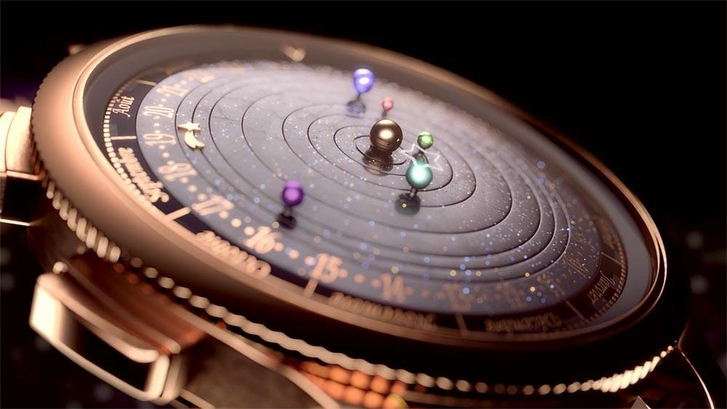 So why have all the other planets? Well there’s 2 reasons for that. One is that it’s not really a planetarium if there’s just one planet. Two, this is the cool bit, those other planets move as well. From Mercury to Saturn, they all have their own orbit and they all move at a scaled down rate of the real planets up in the sky. So once you’ve set the planets to the right position in the sky, which could be difficult without Sir Patrick Moore, as long as you keep it on a winder when you’re not wearing it, those planets will move themselves around! Even if it makes time keeping a bit trickier, how cool is that?